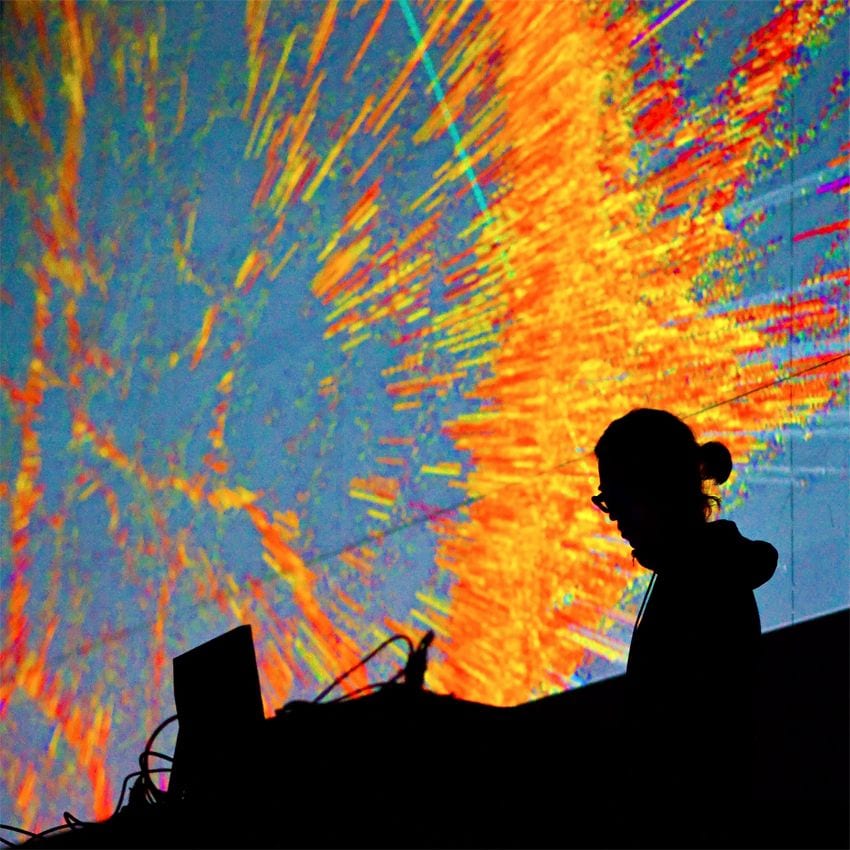 Alpha-ville has teamed up with one of the most distinguished cultural institutions in the UK to present the UK premiere of Ryoichi Kurokawa’s new audiovisual concert Syn_ at  the British Film Institute, Southbank Centre on Thursday 26th September 2013.

Abandoning humanism and aesthetics, Syn_ explores abstract and musical patterns. In this work, simultaneity and synaesthesia – the correspondence of sensations and perceptions, such as sounds and colors, play masterfully on harmony and dissonance creating a show that many artists and avant-garde filmmakers – from Paul Klee and Norman MacLaren to Vassily Kandinsky had dreamed during the twentieth century, long before the appearance and the democratisation of digital technologies.

Award-winning Japanese artist Ryoichi Kurokawa is one of the world’s most exciting talents in the digital arts. His impressive audiovisual compositions bring visual and sonic material together using a completely revolutionary perspective. Kurokawa’s language, a new benchmark in the world of digital art, field recording and computer-generated structures coexist in harmony, and open the gateway to an imaginary world where complexity and simplicity alternate and combine in a strange symbiosis.

In 2010, he was awarded the Golden Nica at Prix Ars Electronica in the Digital Music and Sound Art category and he has also been nominated by the review committee in the art category (installation) at the 14th Japan Media Arts Festival.