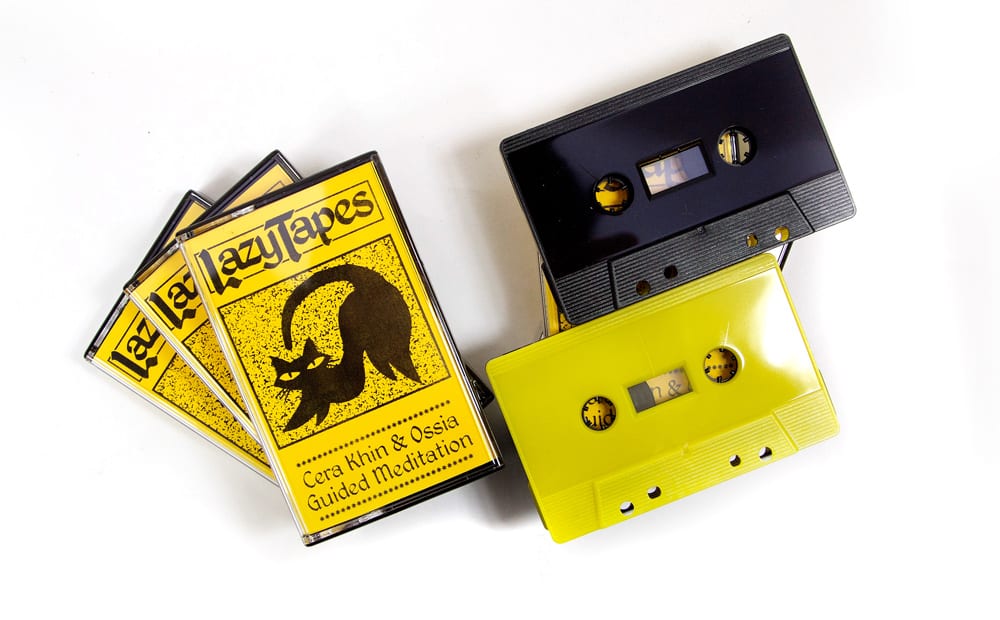 ‘Guided Meditation‘ is a 25 minute cassette composed of three tracks that take the listener on a lysergic journey in and out of consciousness. The cassette also marks the debut productions from Cera Khin who has been making waves in the international club and radio scene for her widescreen selections ranging between musique concrète, dub, dancehall, electro, rave and experimental.

The first track ‘Heavy Feet Heavy Eyes’ is a twisted re-imagining of a slurred and screwed lucid dreaming instructional video. Moving from the most unnervingly calm moments through to collateral rackets of sound collage… Popcorn, metal chains, bath tubs, sirens and building site machinery all find their way into this attempt at lucid dreaming.

‘Ants Don’t Have Lungs’ and ‘Frogs In My Bed’ are collages of her own synthesis, extracts from some of her rarest and most obscure records plus field recordings that she had recorded on a trip to Tunisia.

‘Guided Meditation’ is out now and is limited to 100 copies, grab a cassette here.