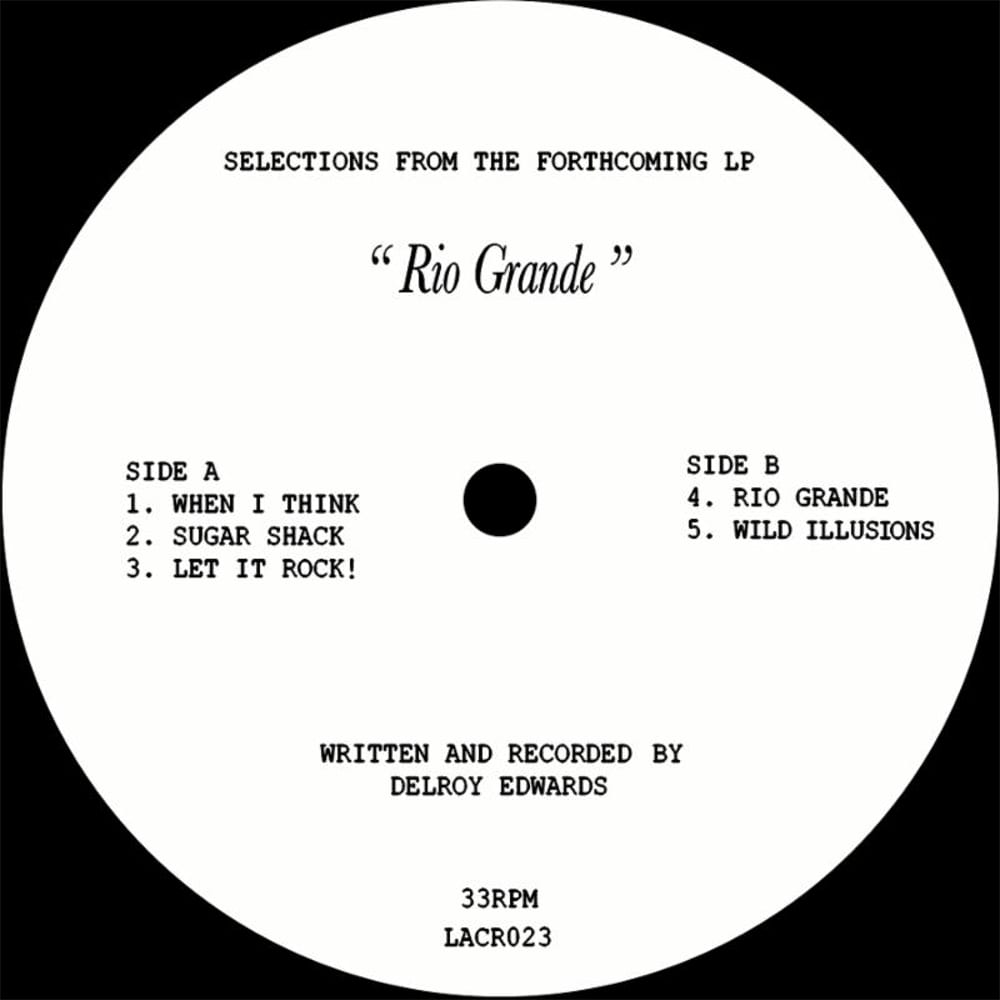 Back after two years of silence, Delroy Edwards announced his longed-for return in business with a new album, ‘Rio Grande‘, due out on 30th March via his own imprint, L.A. Club Resource.

‘Rio Grande‘ is the first material from Edwards to hit the streets since the release of his 30-track LP ‘Hangin’ At The Beach‘ in 2016, and as with its predecessor it’s another heavy batch of tunes from the Californian producer that prepares to land on our turntables. The press release nevertheless clearly delineates both releases’ distinct aesthetics with a strikingly colourful depiction:

“While H.A.T.B was angsty surf noir; Rio Grande is a pulsating western. H.A.T.B. stood ankle-deep in the Pacific; Rio Grande races across jagged sheer rock faces. It moves inexorably forward, buoyed by a bleaching sunrays. The album percolates and blisters with an orange intensity. It sounds like Devo reverse engineering Ennio Morricone.”

Rio Grande is released via L.A. Club Resource on 30th March. The five-track 12″ single ‘When I Think’ will be available on the same day.