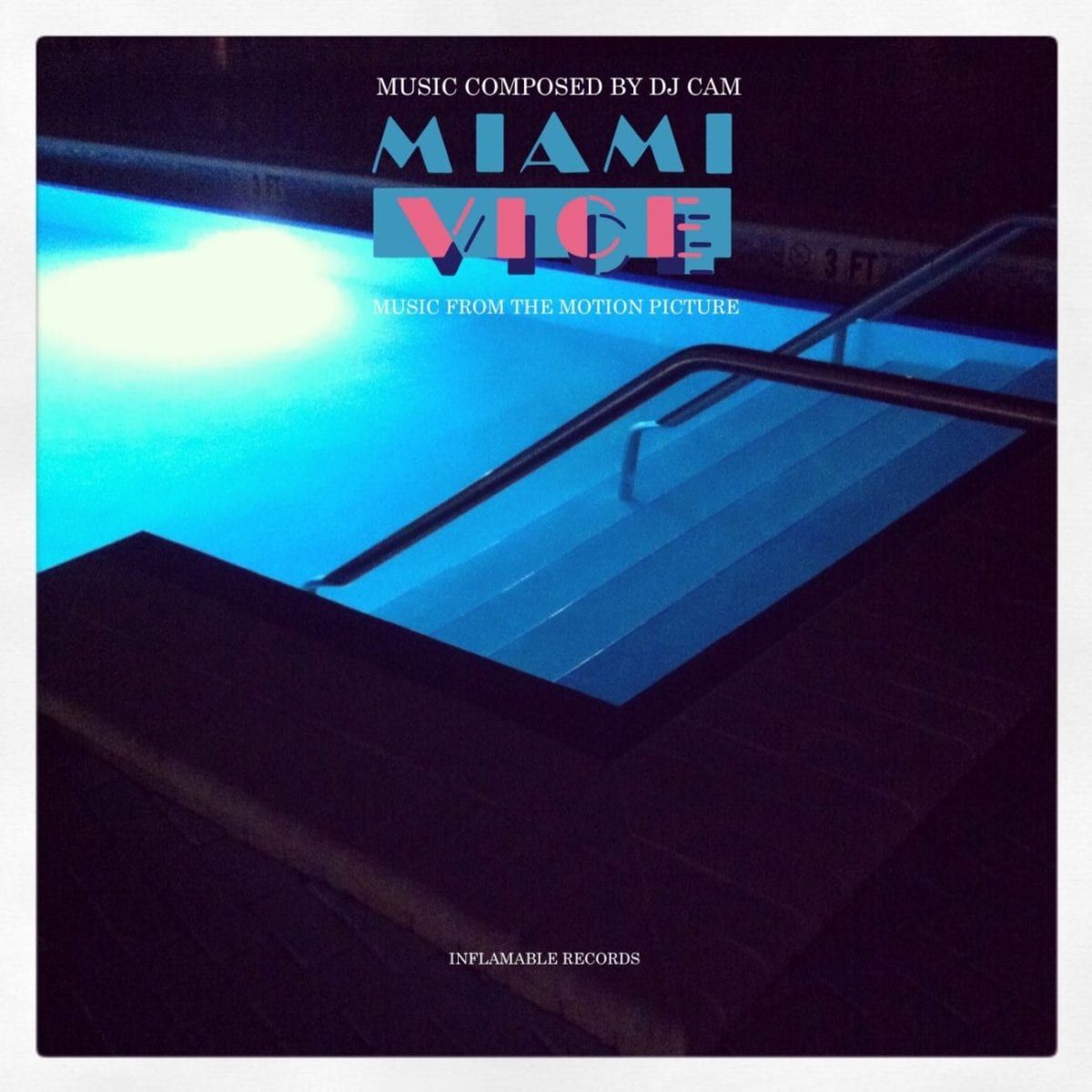 Further sentiment to the profound impact that Miami Vice has had on popular culture, French producer Laurent Daumail aka DJ Cam has taken up the challenge to compose a soundtrack for the NBC television crime drama series ‘Miami Vice‘, created by Anthony Yerkovich and produced by Michael Mann during in the mid 80’s.

Although strictly unofficial and a pure product of his cinematic mind, this original soundtrack is intrinsically linked to the legendary series: as a feature-length album, a collection of cinematic sequences, his Miami Vice strongly evokes Sonny Crockett and Ricardo Tubbs and their investigations set in the sordid underworld of Florida’s jetset.

DJ Cam shines a spotlight on the two inspectors from the Miami-Dade vice squad as they infiltrate Colombian cocaine smugglers and face dangerous criminals like those seen in the documentary Cocaine Cowboys, the infamous traffickers of the 1980s… Inspired by the seemingly idyllic combination of sun, palm trees, and gleaming automobiles, the cinematic atmosphere of the Miami Vice TV series put stars in the eyes of DJ Cam when he was young, making him hanker for a land of plenty, where the craziest of dreams rub shoulders with the cruelest reality.

“It was easily my favorite TV series. I loved the long-distance shots of the city, the dynamic car chases… Introspection and psychology were very much a part of it too, unlike most American series of the era, and even back then I realized that a lot of care had been taken with the music”.

DJ Cam’s Miami Vice is composed of fourteen visual tracks, an imaginary score that positions itself as the ‘official’ soundtrack just as Hollywood is preparing to film a reboot, following the first movie adaptation in 2005 by the series’ original producer – and now cult director – Michael Mann.

“My album is definitely a proposition for them! When I was living in Los Angeles, I met a guy who worked with Michael Mann and he encouraged me to do the project. He understood that it was homage from a real fan… Apart from that, I’d really like people to listen to the album and search out the film. I want them to ask themselves if it really is the soundtrack to a movie…”