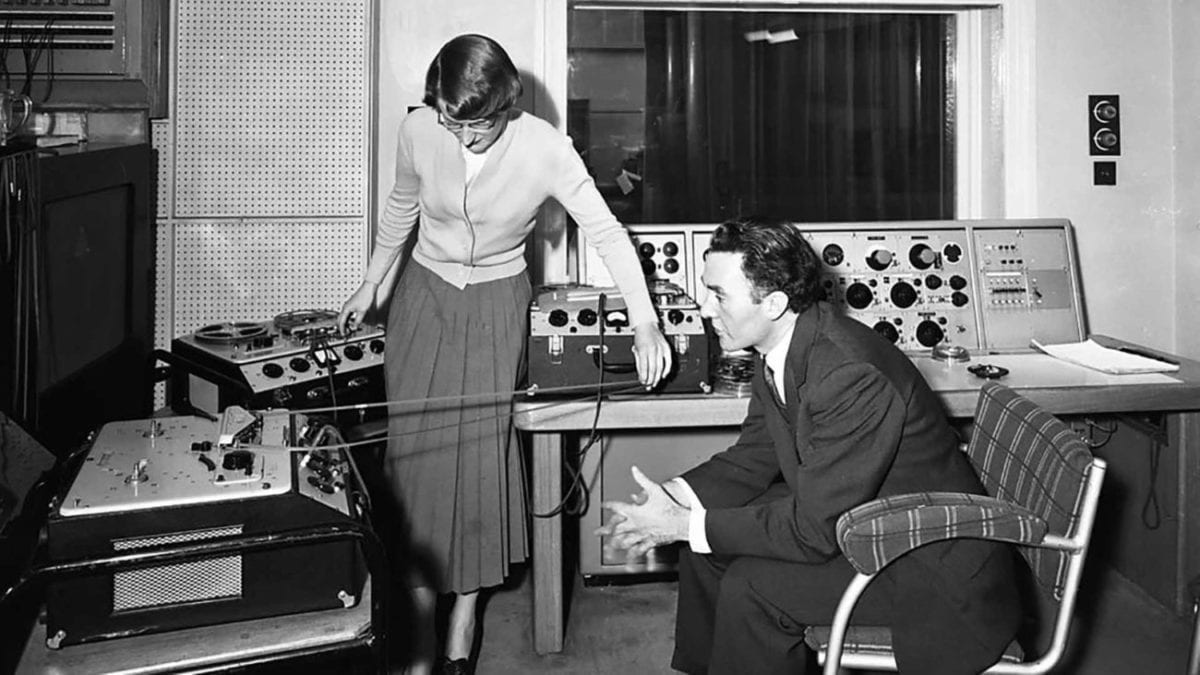 To mark the 60th Anniversary of the BBC Radiophonic Workshop, EditedArts will present RADIOPHONIC, a day long mini-festival in London on Saturday 21st April.

Taking place at Down Lane Studios, a new 400 capacity ex-industrial space in Tottenham, RADIOPHONIC will celebrate the Radiophonic Workshop’s influence on modern culture. Alongside DJs and musicians will be a wide range of talks, workshops, film screenings, theatre performances and multi-disciplinary artworks.

Established in 1958 and featuring such shockingly underappreciated electronic pioneers as Delia Derbyshire and Daphne Oram, the Radiophonic Workshop was the birth of electronic music in the UK. Boldly experimental, its warped sonics have been seared into the popular psyche through iconic TV soundtracks such as the Dr Who theme.

The event in Tottenham is taking cues from the Radiophonic Workshop’s relentless strive to break new ground. According to EditedArts, RADIOPHONIC will look to the here and now, showcasing the work of new artists and musicians working at the boundaries of technology, sound and art. That line-up ranges from the boundary twisting body music of Samuel Kerridge, to the intricate computer sound experiments of RKSS.

Outside of the DJs and live sets, Shedload Theatre will be delivering an immersive, foley sound effect recreation of a H.P. Lovecraft work, while Alex Billingham will bring his performance piece O Sweet Delia, which is inspired by the Radiophonic Workshop’s Delia Derbyshire. London-based interdisciplinary artist Matilda Skelton Mace will display her visual installation ‘Timeslice’ –  that uses custom software to slice and combine video, collapsing time and movement into new and fragmented planes. 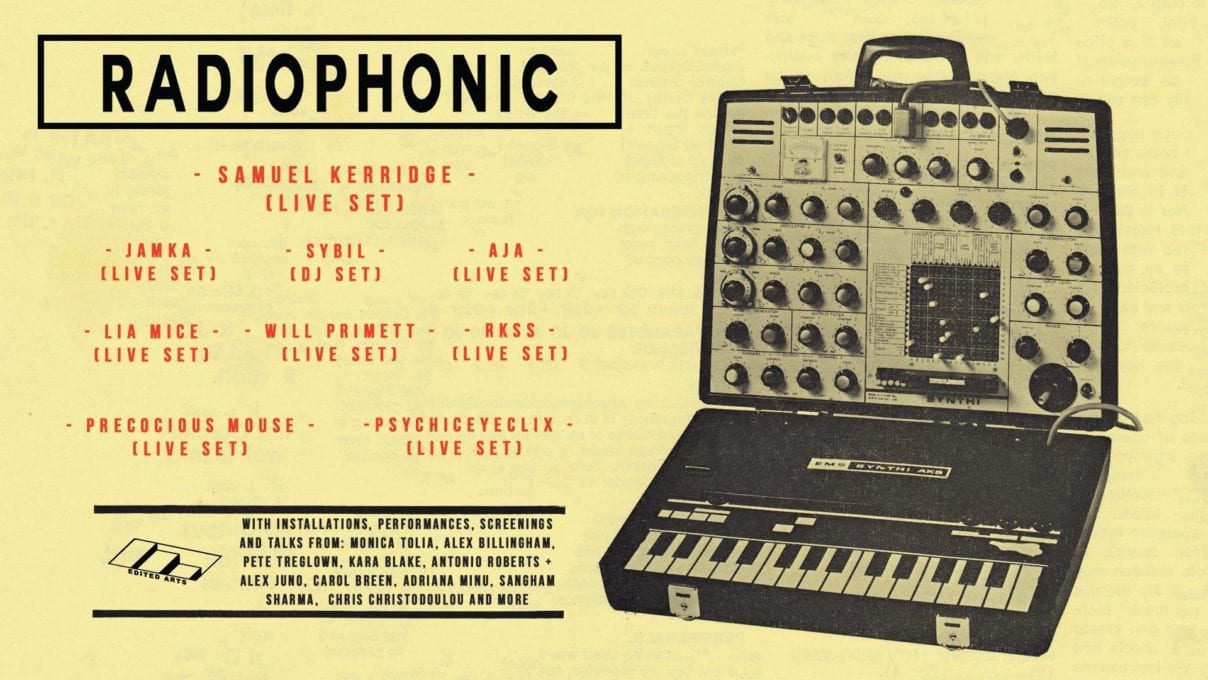