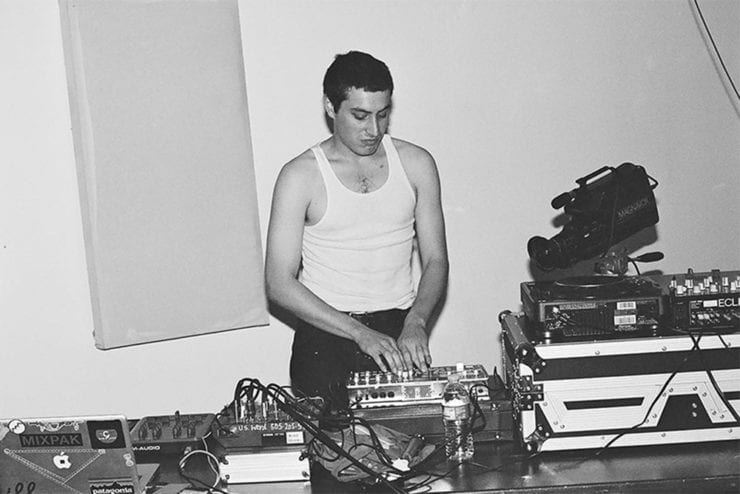 Based out of Los Angeles via Albuquerque, New Mexico, industrial electro-punk via proto-tech beats merchant Santiago Leyba undeniably counts as one of North America’s boldest exports when it comes to hybridising rough-hewn hardware semantics along with oddball leftfield turns and abrasive Dischord’ian rhythms, directly inherited from his formative years in Portland hardcore band Hausu.

Whether recorded as U.S. Hard or under his real name, Santiago’s solo output has proven as resistant to rigid genre encapsulation as it keeps pushing back the limits between the trance-inducing power of live-played “real-instruments” music and subversive possibilities of lab-like studio experiments, carving out a singular aesthetic lane unlike anything you could hear these days.

Eager to learn more about the roots and shoots of his craft, we sat back with Santi to discuss his freshly released debut LP for LA’s Private Selection Records, ‘Western Vices‘, as he opens up on matters as diverse as self-taught recording methods, taste for in-context listening, DIY culture and early musical loves. 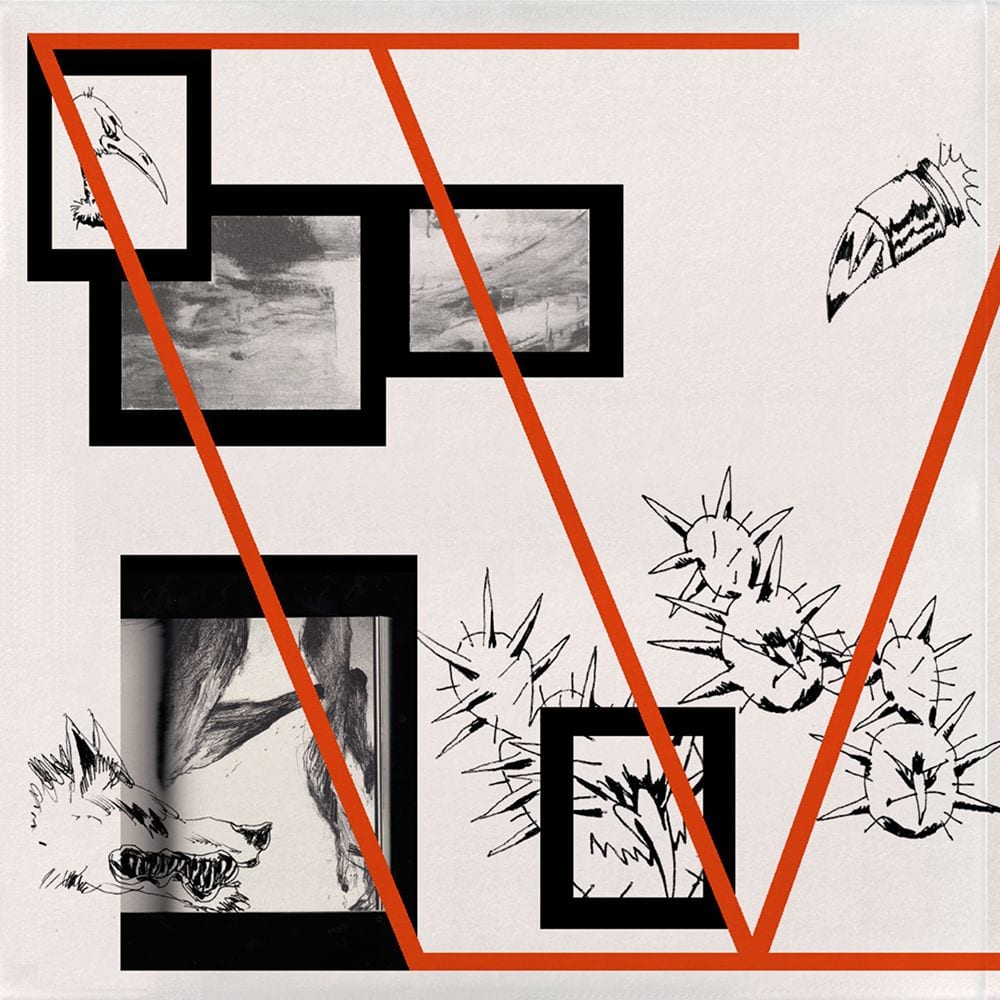 Hey Santi, you first made a name for yourself through your band, Hausu, and solo as U.S. Hard, but eventually in 2017, you chose to turn up with your real name for an alias. What prompted you to do so?

In the process of working with Jules from Unknown Precept on the releases that happened in 2017, we both agreed that it was appropriate to frame the music a bit differently rather than to continue under a project that maybe had run its course.

After the initial release on the Blankstairs label, U.S. Hard was most closely supported by my friend Charlie Perez-Tlatenchi’s DIY label Pastel Voids. The change to using just my first name was prompted by a larger shift in how I wanted to convey my output over the last several years, and what I thought it stood for.

There is a tradition of pop singers using just a first name, or a singular title, and in some ways I think of that gesture as having an open end to it. I also considered it a sign of respect towards the relationship Charlie and I have, to show that U.S. Hard was a concept unique to our collaboration as artists.

Does your music as Santiago reflect a closer image of your inner personality/character?

What I produce is definitely caught up in my own experience, but I would hope that I’m taking on the responsibility of connecting it all to the larger world and not kicking around in self-absorption. What I’m portraying is a drama of confusion and doubt and I think it played out in a much clearer way on the Unknown Precept releases because of the vocals.

Western Vices is less direct; there aren’t many lyrics and the listener is asked to make a larger leap on interpretation. On a larger scale, I think the variation in genre across my past releases and in those forthcoming does reflect an inner character sustained by variation, never quite defined.

Let’s trace back to the roots of it all, what was your first experience in the realm of electronic music like?

I was a huge fan of ‘Play‘ by Moby when it came out, and I remember my Dad used to play stuff like Nine Inch Nails and the Thrill Kill Kult when I was growing up. I mostly listened to punk music when I was a teenager and even to this day I still follow it about as much as electronic music.

In early college years, around 2010/2011, I was listening to a lot of Hospital Productions, and Alberich and Dominick Fernow’s many projects were on the forefront of a certain sound I was interested in. In 2011, I went to a Total Abuse show in Texas where the group Yellow Tears also performed using keyboards, samples and a bunch of other devices.

A lot of what I became interested in was an extension of seeing people make sound without guitars or drum sets. I’ve never really made music in the same way as the groups mentioned above, but nonetheless it opened up a huge history that I had never really been exposed to.

When did you start producing your own beats?

I think around this time, 2011/2012, I started making some rhythm based music – the first recordings sounded like a terrible impression of late-era Suicide Commando. Then I started listening to stuff like Omar-S and Marc Houle, through a couple of friends who were into a more minimal sound, and then U.S. hard sort of formed around the idea of longer techno rhythms. 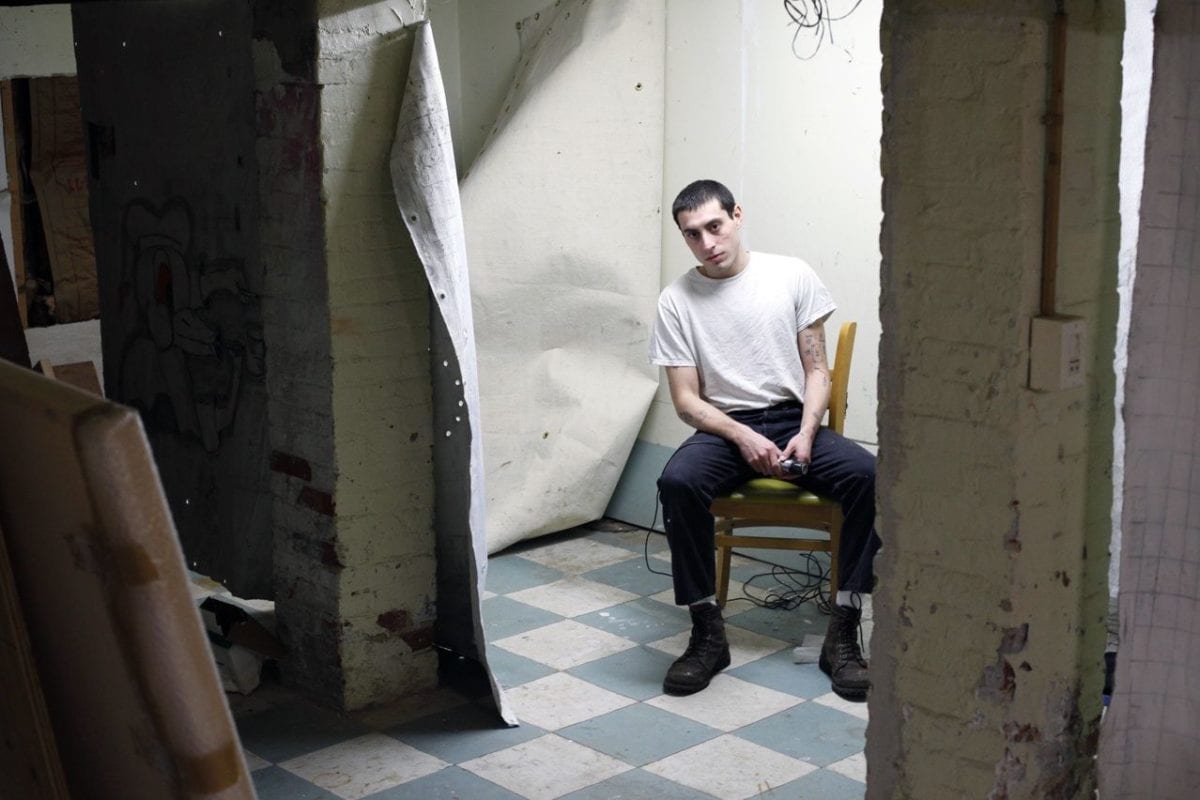 Are you classically trained or a complete autodidact?

I’ve taught myself everything I know, which is very little. I have no concept of music theory or composition. I’ve always wanted to be able to shape and polish the sounds coming out of the machines, so I’ve invested a lot of time on YouTube and online forums trying to learn the basics of production.

After a pair of releases on Unknown Precept, you’re about to land your debut LP ‘Western Vices’ on Private Selection. Can you tell us more about the record, the concept behind it and what it means to you?

The record is comprised of material recorded over a few years – During my time in Albuquerque, Los Angeles, and finally finishing it in NYC. This record mostly deals with the experience of the southwestern United States and how I’ve come to understand it since leaving that part of the country.

It is a collection of tracks that, despite their differences, maintain a similarity in the same frenetic but expansive character I associate with the desert – a raw feeling of space and emptiness coupled with constant change. The tracks generally stick to a certain sound and vary in complexity.

“Western” is an abstract term, expansive in both the meaning and in the physical setting. “Vices” should be considered defects or transgressions and the title is meant to reference the pitfalls that have occurred through the transposition of a model of development that flourished in it’s own right in other places, and the ways in which expansion and tradition have been at odds with each other.

In the track titles I reference certain places, ideas or objects like the sluice, a device commonly used as a part of the irrigation systems of Northern New Mexico – Rabbit Holes, seen in yet-to-be developed tracts of land around the city of Albuquerque – and Susto, a culture-bound illness not recognised by modern medicine.

I could go on, but mostly the track titles serve as small entry points to larger images and experiences unique to the southwest.

Did you record the tracks with the idea of putting them together as an album, or were they composed through distinct sessions with no sense of liaison in the first place?

The tracks were recorded to put together as an album, but through the discussions Private Selection and I had together, we edited and incorporated some in-progress material to the original collection. The variation ended up being an important thread we wanted to follow, and the contrast of the A/B sides to the C/D sides was heightened.

The recording process ranged from one-take live recordings to more carefully constructed pieces. I was interested in taking influence from EBM, italo, new wave and punk music, but I don’t think it quite comes off as any of those things individually. 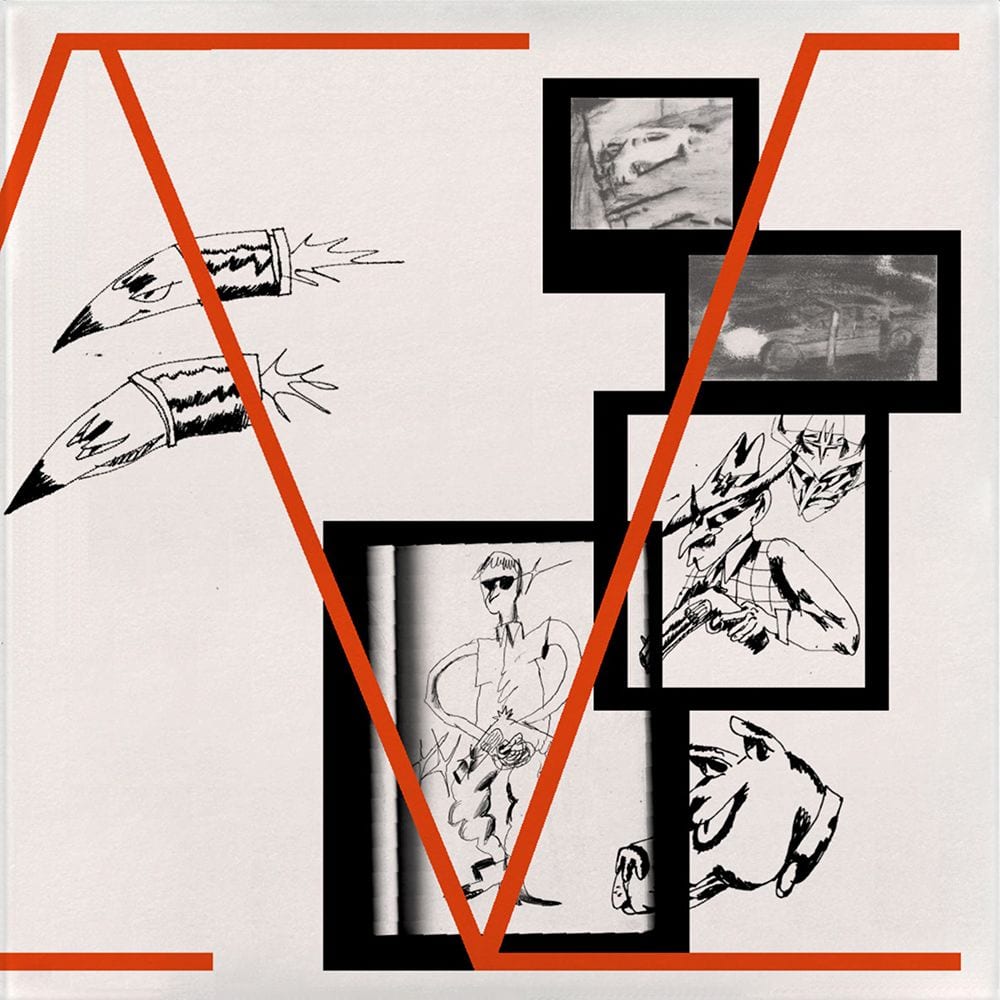 What gear did you mostly use for this record?

I mostly used a Korg ESX-1 to write the music, as well as a computer for editing and producing some of the tracks, and for the most part the sounds are sampled. I use a couple of synths at points: Nord Lead 2, Microbrute, MS-20 and a MS-2000. I’ve always felt strongly about using samples; maybe I’m behind the times, but it allows me to grab sounds from places that are coming from a much different setting than electronic music.

The album seems to weave a chaotic introspective tale; mapping moments of despair and sudden drifts, but also loneliness and oddball communion – all sieved through a distorted sonic canvas of sorts. Would it be safe to say ‘Western Vices’ was conceived as some kind of real-life soundtrack?

I would say yes, it is meant as a real life soundtrack, I think the most rewarding way one could listen to this record is out in the world, but however people want to use it is fine with me. I don’t know if a true realism is possible in the music I make, but as far as the context is concerned, I think a lot of the sounds start to make more sense when you are out and about looking around.

I have always taken transit as a special time to listen to music. I grew up driving long distances and would always have music playing while doing that – I find I’m much less engaged when I’m sitting still, at home. When I’m in motion the scene and the sound always form a complete picture that I’m not able to get in any other situation.

Some of the tracks on the album – ‘Chinatown’, ‘Fourth Street’, ‘Central Avenue’ – are named after familiar places of yours, from Albuquerque to Los Angeles. How do these cities inflect the way you create and write music?

Some of the titles do reference specific places. There was a point at which I found myself habitually driving streets or neighbourhoods late at night, to think or clear my head. As I said above, there’s something about transit and music that forms a complete experience in my head.

There’s absolutely nothing in the world that compares to flying down a freeway in the middle of the desert at night listening to Regis or Sparkwave. I would hope the record would be used in the way each person sees fit, but I find myself making the music that I would want to have late at night, alone, in directionless transit.

What will you be working on in the coming weeks?

I’ll be producing more music as always; riding the train, eating some bialys, drinking coffee, working on an Unknown Precept affair, a couple of mixes and a project that will be self-released.

Western Vices LP is out now. Order a copy from Bandcamp.