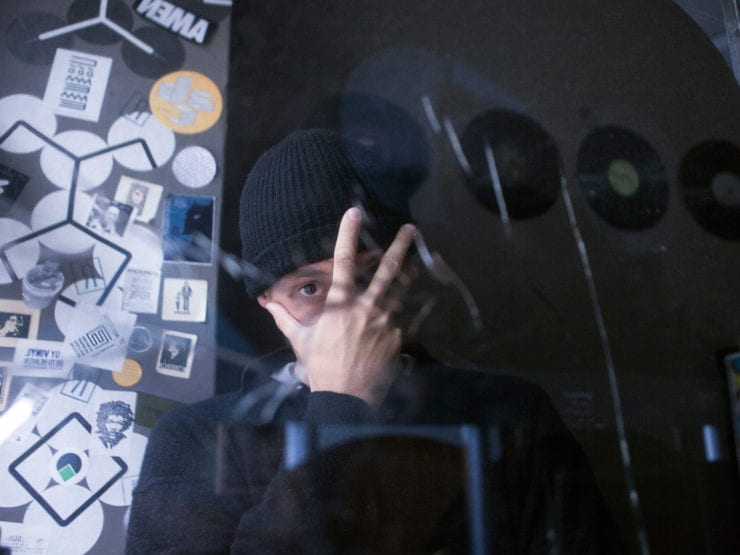 Knowing what to expect from each prospective Jacek Sienkiewicz record can be difficult. Regarded as one of the pioneers of Polish electronic music scene, he has for several years devoted himself to continuously experimental searches for means of expression, crafting intricate sound structures that go way beyond those intended for the clubs.

After a stretch of highly conceptual solo records as well as collaborative efforts with Atom™ and Max Loderbauer, this year he marks the next stage of his journey, presenting one of his most ambitious works to date, a triple album release on his own Recognition imprint.

The trilogy of new albums, entitled “IMOW”, “BTWN” and “Drogi”, is the result of years of studio work utilising different ways of sound manipulation. We caught up with Jacek ahead of the release to talk about his inspirations and methods of the craft.

Since starting the Recognition label, it has been a platform that has allowed you maximum freedom to express your vision of electronic music. Could you tell me how that vision has changed or developed over the years? You seem to continue to explore new possibilities with each record.

Yes, it’s twenty years since my first record on Recognition. Time is running fast, but, to be honest, “Recognition CD” is a cute record and it’s always fun to listen to it.

Freedom of expression is what makes art so adventurous and I see this journey as a constant adventure in which the most exciting thing is that it’s going into the unknown. I’m a traveller, I love mountains and wild places all over the world; I always prefer to find some hidden spots even in popular areas, often choosing a rather difficult, unknown path instead of easy or well-known routes.

Same with my art, music, sound… So it looks like my vision of music in the last couple of years is obviously drifting from club-friendly music into the world of abstraction and atonality. It’s a very personal world. Sometimes I’m making almost scientific sound experiments, but sometimes it’s just my basic instinct.

Speaking of these experiments, your new triple album project “IMOW”, “BTWN” and “Drogi” consists of records that are considerably different from each other, yet are united by a general concept of a musician as a kind of hermit and laboratory worker, blurring the lines between man and machine. Could you elaborate on your thinking behind this idea?

Talking about the lonely laboratory worker, it looks that I’m treating my work not like music but as a living organism – constantly growing, breathing… So the studio is my laboratory, and I’m that mad scientist ready for experiments, making that constant feedback between me and machines. It’s a complex process, I have to say.

“Drogi” is made as a homage to Bohdan Mazurek, one of the key composers of Polish contemporary electronic and electro-acoustic music, for years working at the famous Polish Radio Experimental Studio.

It’s a puzzle-world sort of patchwork, made of samples and sound structures, mostly from my past. There is even a sample from one of my first recordings from ’88 or ’89 (I was 12 – 13 years old) when my friend and I broke into an empty church just to record some nice reverb and our voices in that interesting space.

“BTWN” is 100% ecological / bio / free trade album (it’s free to download from Bandcamp) made from studio/sound waste and leftovers – from feedbacks and hang-up notes to malfunctions, digital glitches and conversion errors. It has this special mood and organic energy. It’s monotone, but it contains many small noises and particles. It refers to some other worlds, another reality, but it’s not always easy to listen to, as you need to empty your mind and focus on it.

“IMOW” (In My Own Wave) is my diary of last years. Eight different tracks on a vinyl-only release. It’s a personal record, very complex but it’s not overwhelming. From cinematic ambient to abstract, noisy soundscapes… It’s a sentimental record. Actually, all three records are sentimental.

This is an important moment for me. I was trying, and I’m still trying to put aside all the influences of other masters in order to create my own space for imagination. This didn’t come without a struggle. 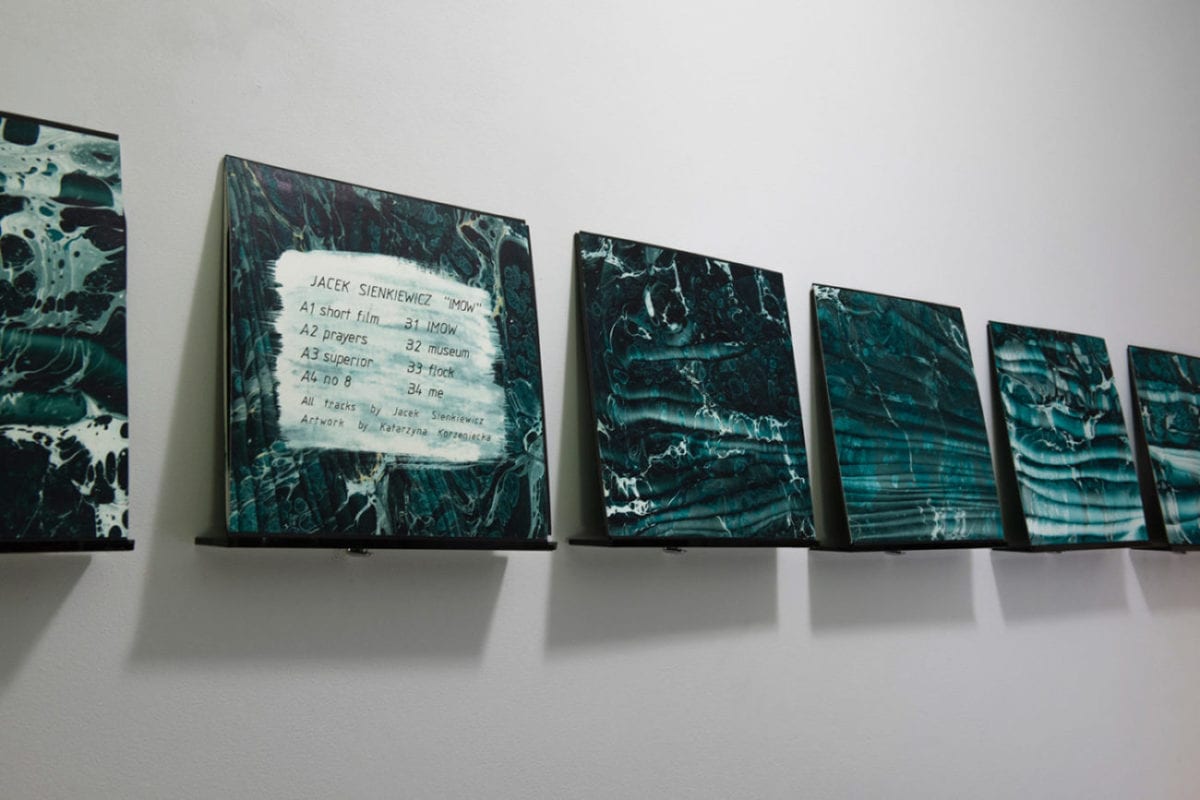 I think “IMOW” is a beautiful and emotional record that makes me think of a peaceful walk alongside the mountains, observing details in nature along the way. Is this the kind of atmosphere you intended to create for the listener? What do the track titles mean in terms of the narrative?

Oh, thank you. It is emotional… It’s up to the listener how to digest and feel it. I’m a mountain lover, and one of the tracks “Prayers” was made from my recordings made during one of my Nepal trips. So, I can say yes – if you’re thinking about nature and the mountains – I’m delighted.

Titles – I always have problems with it as music comes first… and then I need to find “some” titles. Usually, this is not important for me, but this time it was slightly different as I went deeper into myself during the recording process. I chose simple titles which were the first word I thought about in relation to the music.

Your love for the mountains is apparent in your collaborative “Ridges” EP with Max Loderbauer – as well as in your Berlin Atonal 2015 performance, which was one of the most talked about that year. How did it feel to play there?

Yes, we are both mountain lovers. Atonal was a great experience – our set was improvised, but all went smooth, and we had a lot of fun. That huge reverb in the Kraftwerk venue helped us a lot to build that unique experience. I would love to come back there with “IMOW” or “BTWN“.

You recently opened an exhibition in Warsaw together with artist IKAKOK / Katarzyna Korzeniecka who made all three covers for the albums. How important is artwork to you for your releases? Is it supplementary to the music or does it play a more significant role?

It really depends on the specific project. Sometimes graphic design is not very important for me because music is the core.

In this case, it is. Kasia is a great artist and we share common sensitivity. Our works are organic and abstract in a similar way. All the covers were made by hand with no help from graphic software or computers.

Let’s focus on “BTWN”. In this album, you have turned sonic debris into beautiful ambient music. I am very fond of this idea of repurposing something initially left on the cutting floor and transforming it into something entirely new. Turning chaos into beauty. Is the philosophical aspect important to you in your creative process?

Turning chaos into beauty is not philosophy – it’s magic! Haha. Generally, I’m not good at making up stories and adding philosophy to my music.

I really enjoyed that process; saving temporary sonic structures from oblivion is like catching the clouds. In this case, I tried to exclude the rhythmic dimension and harmonic dimension to make a pure soundscape. There is some sort of rhythm in it but more in atomic level… Following that “philosophy”, you can find a rhythm in everything.

All the pieces from “BTWN” are universal, you can slow it down or speed it up, or you can use it as a layer in your percussion/techno mix. There is a lot of information in the details and little dirt, small distortions and saturation. But again… you need to close your eyes, focus just a little bit and reconstruct it into words or worlds? 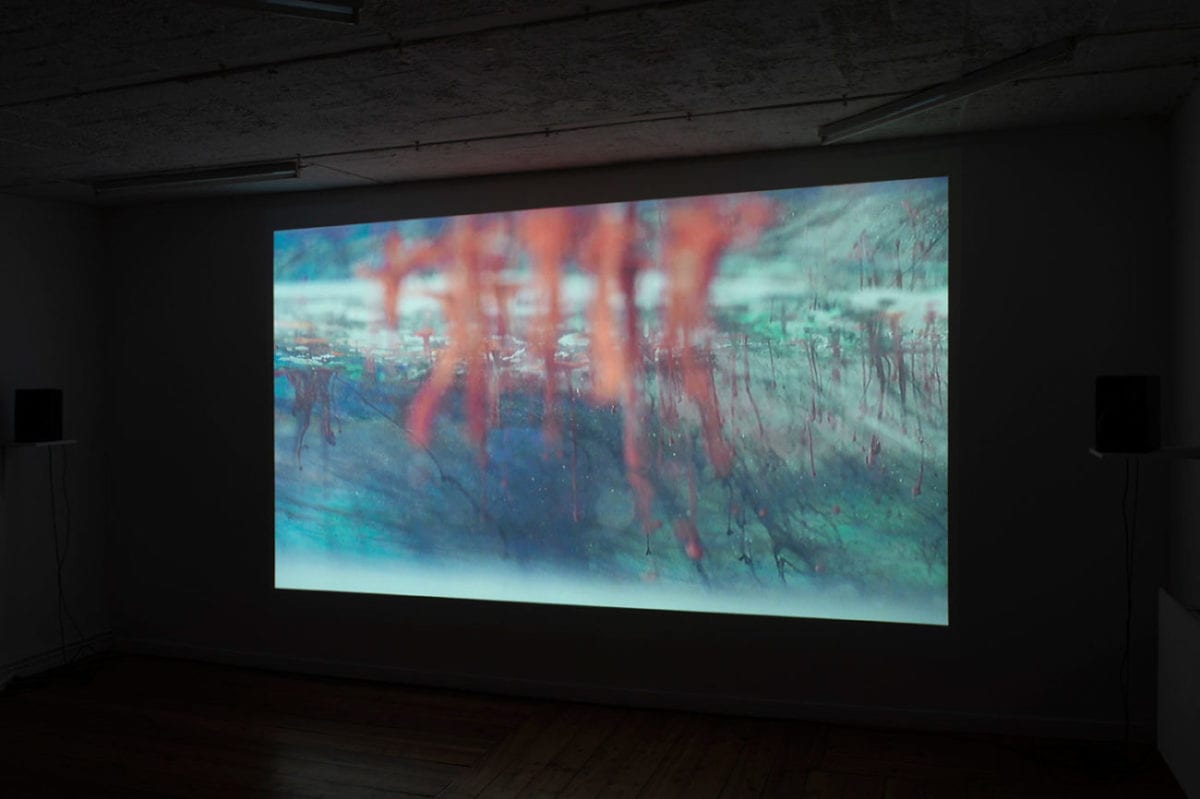 Yes, it’s up to the listener to put a little effort into how they perceive and experience the music.

And it’s quite difficult to do it these days.

Could you tell me about some of the tools you use in creating your music? You said previously that it’s possible to make good music on a very basic setup, but you also have some interesting gadgets in your studio.

I have a lot of hardware in my studio, but I’m working on computers as well. I’m not participating in any analog vs digital, or hardware vs software discussions. Some of my tracks were made only on hardware, some only on software, but usually I’m using both.

Even on “IMOW“, there is a track made on iPad (my favourite is Borderlands app), another one made on computer software and some made only on synths and an analog mixer. Analog mixer is an instrument for me – add some extra effects, and you can play on the mixer itself. I have a couple of Eventide effects, love my old Klark-Teknik reverb, currently testing some Meris pedals.

My secret weapon is NIIO Analog – which is a filter and saturation unit – I’m using it as an instrument as well. I have a lot of old, mostly digital and some analog synths… Like Yamaha TG500, Roland JD990 vs Nord Wave and Elektron Monomachine. Some classics like Roland SH-101, 606, 303… but not using it a lot for my productions.

I like to combine different sequencers: some software for Max for Live, XronoMorph (which is for free) or ITVL and, recently, hardware: Polyend Seq. Polyend is a Polish company which made another interesting device called PERC – it’s a robotic drum machine – you can play on whatever you want! But I will use it for my future projects.

Talking about that, what’s next for you? Are there any plans for 2019 that you can tell us about?

I’m finishing an interpretation of an album made by a Polish experimental art group BNNT. Also, we just finished editing a completely new album with Uwe Schmidt a.k.a. Atom™ – it will be out after summer.

More danceable tracks are ready and the album will be out just before summer on Recognition – it’s called “Lightin”. And the second part of “IMOW” might also be ready this year, but no rush with this one.