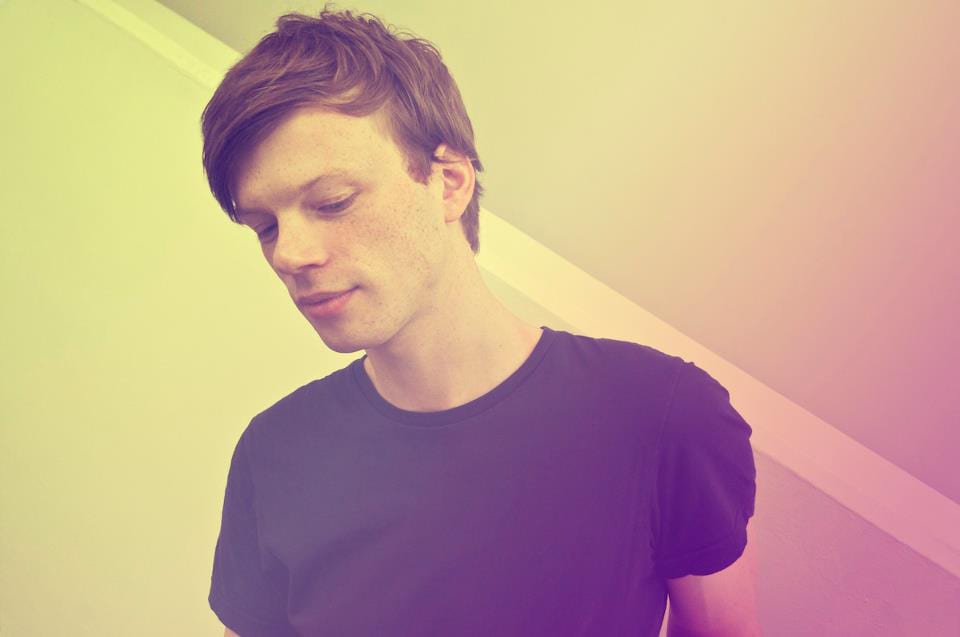 Aim is a new vinyl imprint run by WHITE label artist Tristen, and is based in Berlin. Aim’s mission is to support producers and electronic artists who build characteristic productions, all with a highly sophisticated sound signature. Aim delivers music on record for the sole purpose of releasing its uniqueness and individual beauty to the world.

To date, the imprint has released three stunning 12″s by Oskar Offermann & Moomin, Christopher Rau and Oliver Deutchmann, which features a superb remix by XDB. These three EPs offer exceptional examples of house music, each with their own charismatic production styles. We caught up with label boss Tristen to find out more about his new venture.

Lets begin with your background, where you grew up, what you studied at school and what you wanted to be when you were a kid?

I grew up in Berlin. As a kid I wanted to be a sportsmen or a fireman. Now I’m studying art history and after that I’m planning to do a masters in audio communication.

What’s your musical background, where did this passion for electronic music stem?

My parents had these electronic music records from the early 70ties. I got really into the sound. When I was a teenager I started listening to Kraftwerk and from there on it was only a few steps to techno and house music.

When and how did you get into DJing?

I started to listen to house music and for that you needed a record player those days. Me and my friends had these record players and of course we organised a mixer to start DJing. I think nobody from us had the idea to became a official DJ at this point. We just did it. It was our way to enjoy the music.

What was the first record you bought and when was your first big DJ performance?

My first Record … may be something from Mosaic or Studio 1. I don’t remember my first performance. It’s long time ago…every DJ performance is unique and exciting. For me it feels like the first time every single time.

Looking back at your time spent at Bar 25, what was your most memorable moment?

I have no idea!

Are you upset that Bar25 as a venue is no longer?

A few years ago Bar25 was one of the biggest influences to the club scene in Berlin. I think they managed to keep this reputation for quite along time. Longer than most clubs could make it at one venue. I hope their positive vibe will continue.

When did you start experimenting and producing music and what is your preference analogue or digital?

I started to make music more than ten years ago. It was a different genre of electronic music and it was made with computers, field recordings and stuff like that.

A few years later I started to make club music with analogue synthesizers and an Atari computer. But this was a long process, now I record everything with Logic on my Mac, using different sources of sound.

How did the record label ‘WHITE’ come to fruition? What role did you play in the formation and everyday running of the label?

The WHITE label was started by Oskar Offermann and Adam Zawadzki from Frankfurt. Adam is does the Artwork and Oskar runs the music side of the imprint looking after A&R and pretty much everything else. I joined WHITE a little later when it was already gaining success. Now I’m taking care of record production.

Why did you start up the AIM, what is your aim / mission for the imprint?

For me Aim is a unique way to express my idea of club music. It’s a small label operated by myself. I have a few concepts in my head of people who I’d like to feature.

In general vinyl is a dying medium, surely setting up a vinyl only imprint is crazy? What’s your justification for beginning the imprint to vinyl only and then change to digital as well?

I don’t think vinyl is dying at the moment because there is no comparable sound source which provides the same quality of sound especially in the club. It can change someday, but even this must not be the end of vinyl.

When I remember my first contact with electronic music as a child poking around in mom and dad’s record library… I don’t see that happen with files on a computer.

I chose to change our strategy as I want people at home to enjoy AIM releases, as well as DJs.

Who is behind the mastering and production of your records?

Dubplates And Mastering here in Berlin are doing all of the vinyl mastering and cutting. It’s important for me to give the artists on my label the right attention to detail. There are good mastering engineers exept D&M but at the end it’s a question of taste.

Do you have any words of wisdom for anyone out there who is thinking of setting up their own label?

Do your own thing.

Finally do you have any rituals before you play?

Yeah. I need a few hours of silence and a good meal with friends.