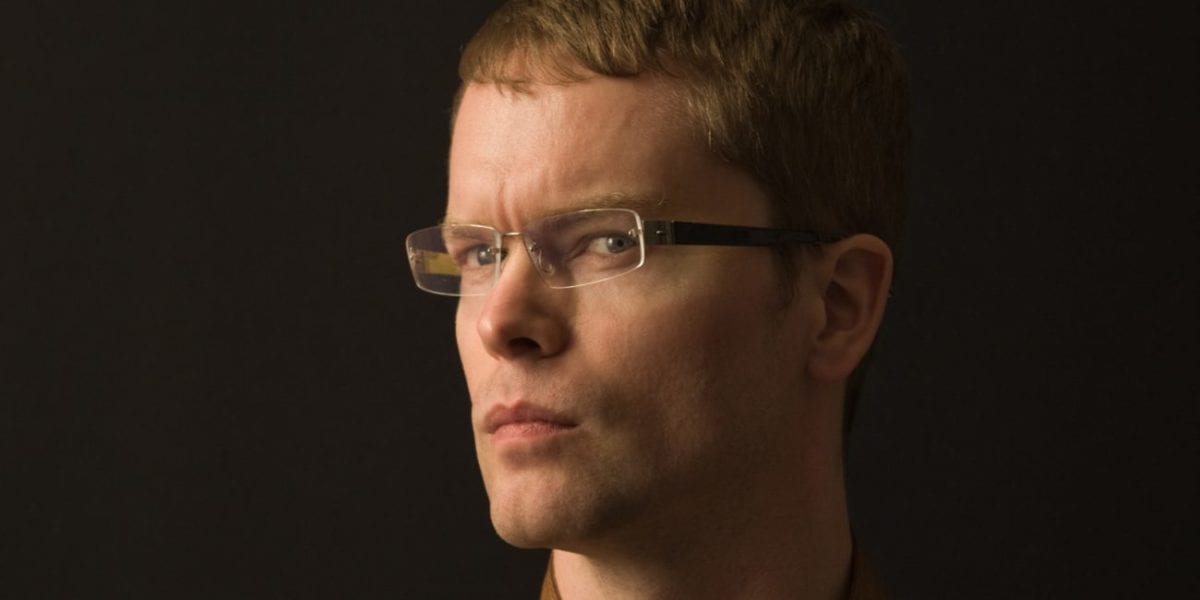 For a lot of us Anthony Child is better known as Surgeon, under which he produces techno and operates his two record labels Dynamic Tension and Counterbalance. His latest solo album under his own name ‘The Space Between People And Things‘ offers the listener the most intimate and introspective perspective of his musical heritage and influences that any fan could wish for.

The album is a collage of field recordings and sound experiments that Anthony recorded predominantly for himself from 1996 to the end of 2012, until the Vancouver based imprint NNA Tapes finally persuaded him to collate these recordings into a two track album. I first experienced the album whilst on a train journey across London. For me this was a prime environment to listen to the album.

My interpretation of ‘The Space Between People And Things’ is a highly abstract take on the all too familiar behind the scenes, video camera diary of a rock star. However in this case it is of Anthony Child’s life, the man who’s responsible for British Murder Boys, Surgeon and at large UK techno.

Can you explain the concept behind your new album and what inspired you to collate all these personal recordings into one?

I guess as it explains in the press release you were talking about. NNA Tapes originally approached me many years ago about doing a release with them and I was interested in that because over the years I’ve done pieces of more abstract and personal music under my own name, I did ‘Guitar Treatments’ with Andrew Read and I so NNA Tapes approached me about doing a tape release with them, but this was years ago and pretty much once a year they would email and say “Have you done anything yet?” – I’d reply and say “Well…no, but I am still interested.”

Then I decided to go back through a lot of material that I recorded but never released, and that was recorded between 1996 and the end of 2012. I put all that material together. This material is very personal to me; none of it was intended for release, in any form, as it was just personal experiments.

So I put it all together and mixed it together into these two 20 minute pieces. To create some kind of journey and that’s sort of technically it came together.

I’ve actually been thinking about what the general idea is about all of these pieces and I think they’re almost like meditative pieces and I think a lot of people will interpret some parts of it, like they do with my techno, as dark and that’s something that is never in my mind, or intention. It’s much more about moving your focus inward and using the abstract nature of techno to bypass the conscious mind and to move inward either by overloading it or by using a hypnotic technique. The intention is never about being dark or scary in a horror sense, I think that’s just the way other people interpret it.

From listening to the record, it’s a long period of time 96 – 2012, it’s a bit like bands having a video camera, recording behind the scenes footage from their tour, for me it’s a similar to that method but in an abstract way, like the recordings of when you were near by a seaside location and you recorded the waves crashing onto cliffs and when you were in another location recording trains going past example. It’s almost like that.

Yeah that’s an interesting and valid impression of it. I always believe that people’s interpretation of it becomes a part of the work.

Where are you from in Northamptonshire?

I moved around quite a lot but I mainly grew up in a village just outside Northampton.

When you moved to Birmingham in the 90’s and started studying music were you focused on the more experimental side of music?

I think it goes back much earlier than that, before when I moved to Birmingham, because I think that before I was old enough to buy records, when I was 9 or 10, before that I was influenced by certain records in my fathers collection. I can remember a lot of easy listening stuff but he also had some really bizarre records in his collection, a Japanese electronic composer called Isao Tomita, who did electronic versions of music such as the Star Wars theme and then some BBC Radiophonic albums and I remember back in the early 80’s he bought Laurie Anderson’s ‘O Superman’ went to number two in the UK charts, it was quite an experimental track, which fascinated me. I also remember buying sound effect albums and listening to them and enjoying those.

I guess it was music beyond the boundaries of what people called music and I liked a lot of those things.

I also remember at school an art teacher who played me stuff like Robert Fripp and Brian Eno music and a pottery teacher who used to play stuff like Captain Beefheart and free jazz, I think this was part of my musical evolution.

After listening to these records, were you influenced to make your own music?

Yeah I remember getting my hands on an open reel tape recorder where I could cut the tape open with a razor blade and loop the tape and do sound on sound. I then found out about music concrete and read books about that, and was interested in that playful, collaged approach. All of this comes way before I ever knew anything about techno or rhythmic stuff. So this abstract music is a lot more personal and comes way before any techno I’d done.

Did you use any of these samples in any tracks post 1996?

None of the material, which I used in the NNA release, appears but Karl O’Connor released a 7” on Downwards under my real name and the release is called ‘Boys, School Showers and Swimming Pools’, which actually has a lot of these early tape recordings. That has really early stuff on it.

I borrowed someone’s 4 track tape recorder and made these tape collages and I played it to this older guy at school and he said it sounded like Coil, who I’d never heard of, this was in 1986 I think. So I went out and bought the Coil album ‘Horse Rotorvator’, which was out at that time, I then discovered that whole scene of Coil, Throbbing Gristle and all that English experimental and underground music. So that was my introduction to that, which is obviously a huge influence for me.

What about the artwork for the album? Earlier when you explained it being a collage of colours, that is exactly what the artwork is.

The cover was done by an artist friend of mine called Trudy Creen, who’s based in Belfast. I’ve known her for a long time and I got her to do the artwork for the album I did called ‘Breaking The Frame’ and that fitted into the idea of a collage for this album.

Did you send her the album for her to listen to it before painting it, or did she just improvise?

I sent her the tracks and asked her to make the artwork.

NNA have been messaging you for the past 5 years? Were they just dropping or casual message or were they after an album straight away?

Yeah 2 years or more I think. They sent me an emailing saying they loved my music and if I would ever want to do a release for them. I replied saying, “Yeah that could be fun, I’d like to do something more abstract, not techno.” They said they were up for it, so yeah I guess I enjoy the range of music they release, it’s all very unselfconscious and I enjoy that, so it felt like a good home for that material.

How do you think the music media will receive the album?

It’s very funny because I’ve never considered this material would be released. I just recorded it thinking that it was solely for me. Now after releasing it I now have to do interviews and talk about it, which just seems bizarre to me.

Recently as I’ve been playing out people have been saying that they’re really looking forward to hearing the new album and I’m like “What new album…oh yeah that new album!” Because to me it’s just this collection of stuff and then people are referring it to as a new album, it’s a little strange, but for them it is.

In all honestly I haven’t really though about it and it’s just recurring to me that people are going to be judging it!

When you read a review of your music, does it have any influence on you, do you ever pull in these reactions?

It never has any influence on any future project although it can be amusing and it somehow becomes a part of that project. When I make any kind of music it’s very important for me to be in a very calm, deep and pure state of mind where it’s like a one pointed focus on the particular idea of the project, so nothing else distracts me from it.

The new album contains two parts, would you say they are both equal or do they each have their own character?

Yeah they have different feelings. For me when I listen to it, it takes me back some very different times and places where these recordings were taken from but for other people listening to it, it allows people to a greater degree than with my techno, to project their own impression onto it.

It’s interesting just to listen to your experience of listening to the album, it’s different to how I interpret it and I think it’s like when you look at static on a television, the more abstract it gets the more shapes you see in it.

For you when you’re listening to the album, what are the main memories or locations that come out?

They’re down to where and when these recordings come from but I don’t want to impose that on anyone else listening to it, I want it to be open for people.

It’s interesting to hear what you said about the record in the first place, what if you had no press release to read before listening to the album, what would you have thought about the new album?

If I was given a white label copy of the album void of an artist name, album title, record label or description – just a blank CD – I would listen to the first 5 minutes, skip forward to find a beat or rhythm, then that would be it – If I liked it I’d listen in full if I didn’t I’d leave it.

Once you add context behind any piece of culture, such as a painting, you then give that artpiece something for the audience to take grasp of. In this circumstance, context is key to understanding the entire album; this is the personal side to the album.

Will you be performing the album live?

No, there’s no plans, although I should be playing a Boiler Room afternoon session on the 6th April with Russell Haswell. He’s 2-4pm I’m 4-6pm and I’ll be playing more abstract stuff then. The new material is not really focused on the club, in the way you experienced the album on a train journey is an ideal way to experience it.