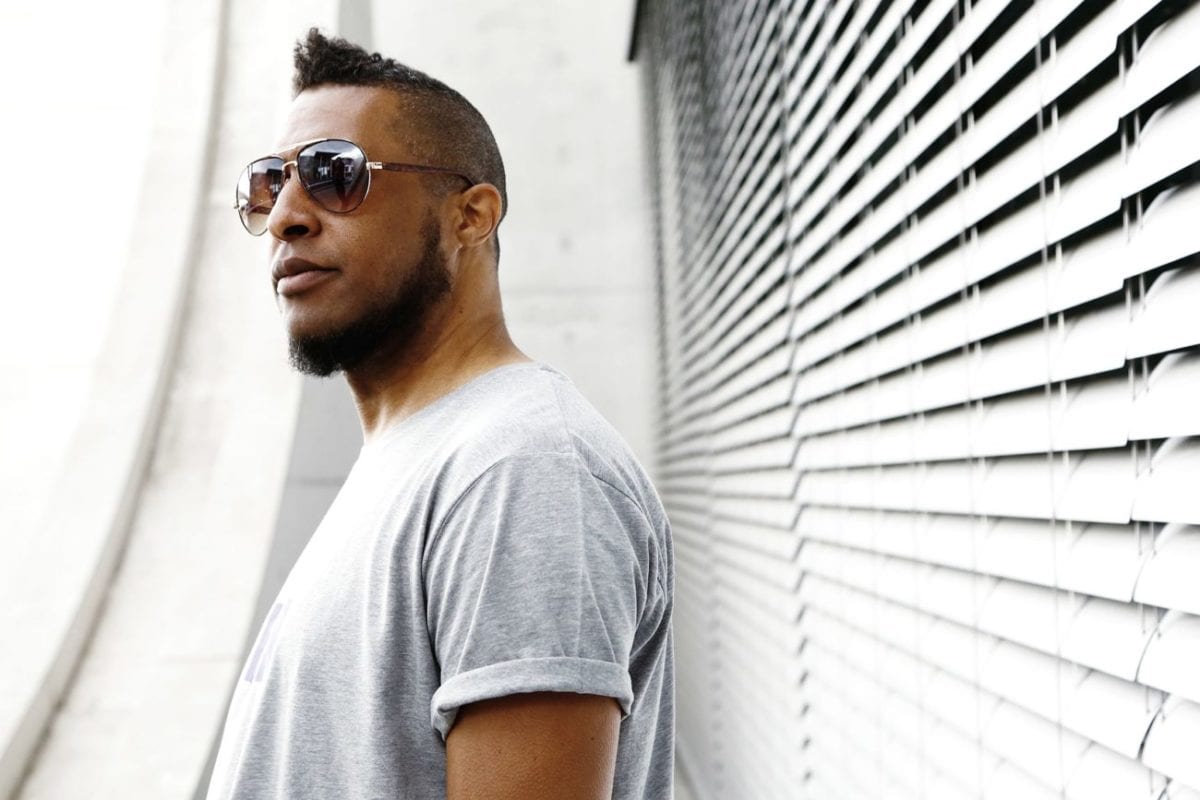 Better known as Aybee, Armon Bazile has been pacing the techno scene for over fifteen years, gracing the grooves of a wide array of reputed imprints like Jus Ed’s Underground Quality, Chez Damier and Ron Trent’s Future Vision or Soul Jazz offshoot Sounds Of The Universe amongst others… but mostly settling his wise and lucid vision on Deepblak, the label he set up in 2001 alongside longtime friend and collaborator Eric Douglas Porter alias Afrikan Sciences.

Today, Aybee returns to present his fifth full-length, ‘The Odyssey‘, a ten-track dynamic journey that crushes all notion of boundary and limitation, swiftly moving through various tempos and styles as he infuses his techno with a zest of blustery electro and washed-out ambient. With just a few days to go till the drop of his album, we caught up with Armon to discuss the conception of his LP, keeping things off balance and techno’s angry status quo. 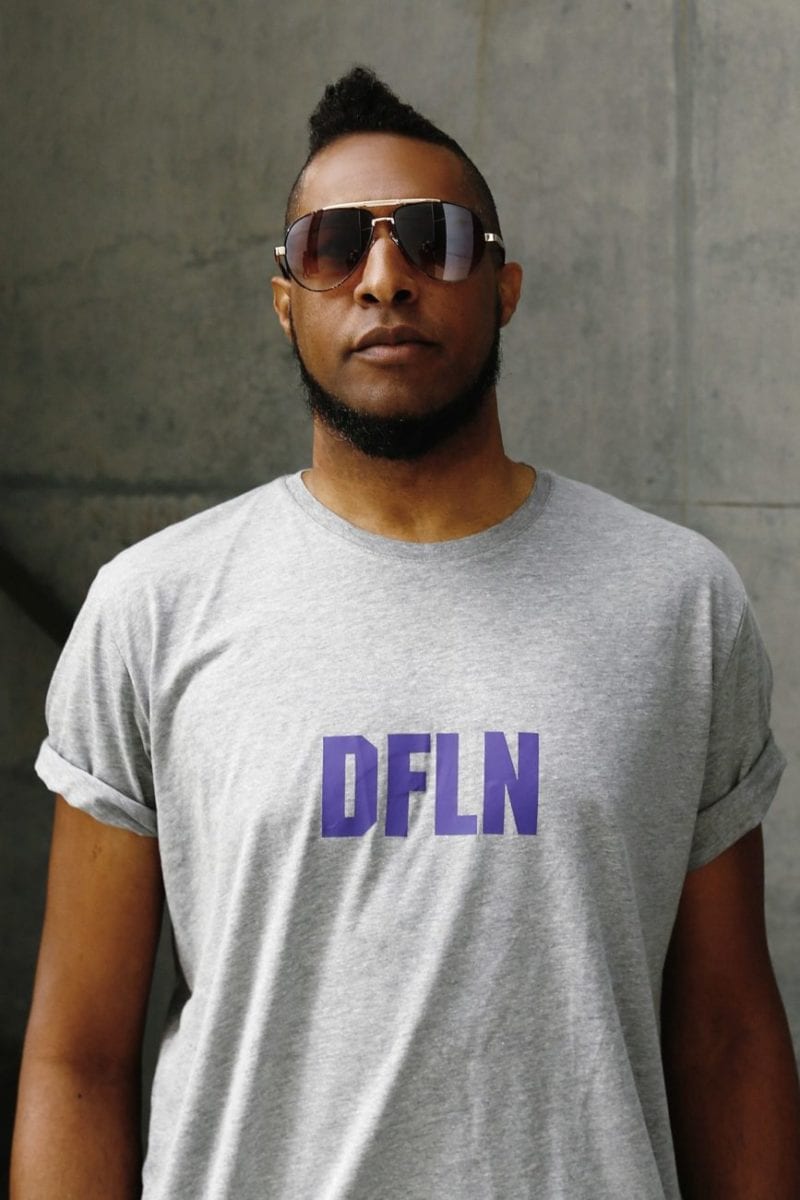 The title of your album, ‘Odyssey’, is a well apt title considering the ‘initiatic quest’ nature of your record. Can you tell us more about the origins and trajectory of this long-haul journey?

I think that all of our lives are an “Odyssey”. Look back at your life until this point, and think about everything you have experienced right up to the second that you are reading this. I don’t think there is anything routine about that. Actually it’s quite amazing. To call it an “Odyssey” is actually an understatement. There really are no words that can capture it, but we try.

I have these moments sometimes when I am alone just trying to fathom it all. In the end I just laugh, shake my head, and continue the strive. Music parallels my development as a human being. As I try to improve on being a better person, so should my creative capacities.

The music journey is never ending because you cannot master it. You can improve but never master. So it’s more a marathon than a sprint. I am very grateful to be on this path. It is a continual process of dying to be born. The beginning of my trip in music involved the death of who “thought” I was before.

Is it fair to say the narrative concept behind the album is one of a man looking at what he’s accomplished and considering his options for the future?

That’s pretty close. The only thing is that I don’t know the future. If I did it would not be an option right? The album concept came from me looking back to when I started this path in music, and looking ahead into the unknown. Taking a moment to appreciate it all, and then moving forward.

The unknown is what excites me as an creative person. The possible. It’s what keeps the child alive inside. When I settled into making the album I knew it would be tough because sometimes my brain can be all over the place. So I decided to purposely limit myself. I had never done this before. I spent about a week going through sounds, patches, and such that I liked and created a folder.

From that I forced myself to carve out the album using just those ingredients. I never want an album to sound like a group of tracks slapped together. An album should have a narrative or be an attempt at some coherency…at least for me. So the hope is that even in this era of short attention spans the listener takes a 1hr trip from front to back. Of course I am not in control of how one listens, but this is my hope when putting together an LP.

It’s a deeply introspective and emotional album, multiplying tracks and colours as it traverses a lush array of landscapes – more or less expressive, welcoming or hostile… Is it a personal account of your immediate reality?

Yes! A fundamental part of my reality. When I hear music I see things. I feel. When I create music it comes out of a feeling. It’s always been very cinematic for me. So all you’re hearing is my attempt to reconcile my immediate reality. At times it can get cross-dimensional.

I can be on a distant world in my mind appreciating a flower I have never encountered, and then your wife asks you to wash the dishes. What does that sound like? You feel something in that moment, but how do you articulate that in sound? So I am recursively trying to interpret my reality through sound, and affect it also if possible.

When I meet people and they say I like your music, or even don’t like it, that’s special because we still spent sometime together. It has a purpose. The worse thing we can do to each other is to ignore each other. We need each other. Life seeks. But we expend so much energy separating ourselves/nature it skews our reality. A lot of emotion is tied in this struggle, and emotion is what I dig into to pull from musically. 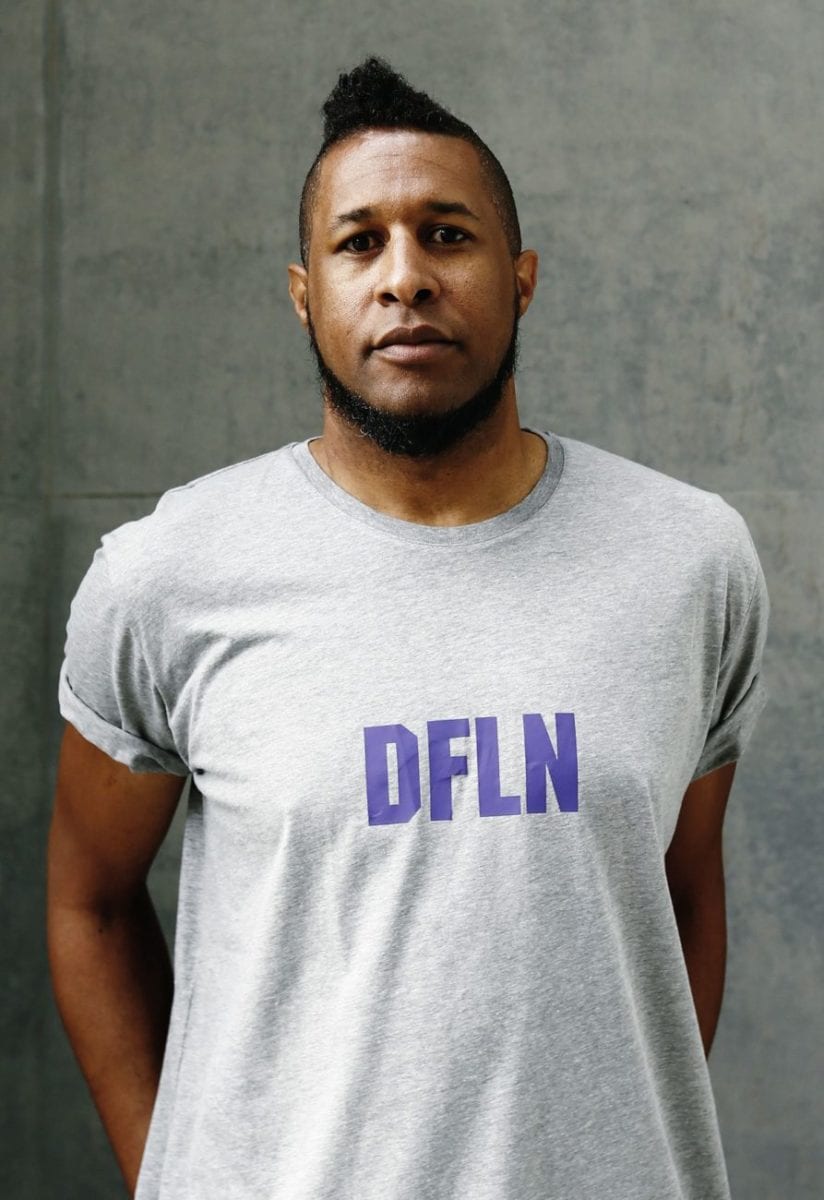 On a general level, the techno scene has been re-hashing the same motifs as of late, perhaps forgetting it is not all about instant strike-force but also resonance and durability… What’s your feeling regarding the current state of things?

There is a lot in that question. Interesting how you said “strike force”. What exactly are you striking? How forceful, and for how long? The music reflects the people, so who are these people and what do they want?

Typically striking something with force over time will break it. Are we trying to break people? Durability implies flexibility. When coupled with resonance you get layers, and colour. You remove the variance and colour and you are left with only brute force. Which has it’s own purpose, but to what end?

So what I see is a scene that is merely reflecting its current purpose. That of a monochrome, homogenous group with little or no room for variance. This accounts for the constrict narrative around the music. Which has become a self fulfilling prophecy.

There is also this angry nature of the current status-quo. I notice techno folks don’t smile much, at least not in their photos. Its fascinating when you think about it because the talk has always been of techno being a music of the future? But whose future? That’s the question the scene needs to ask itself.

I mean, is the Earth devoid of colour but at the same time everyone wears black? For something that is “supposedly” counter cultural it’s looking awfully conformist. With a narrative consistently defined by a very narrow agenda of a few. It does not reflect the greater world, and people I move in. That’s regression not progress.

Communities form out of necessity, not choice. Scenes are a choice. In this era of so much choice you now have the professional “scenester”. People that have weight in the industry, but actually contribute nothing to the music. Basically by buying their way in.

Scenes are based on a few rules. Listen to “this” label, eat at “this” spot, buy music at “this” shop, go to this “school”, take “this” drug, hang at “this” bar etc… etc… Throw in a Ninja outfit, and bam your in the “scene”. What does all this have to do with the music? Nothing. 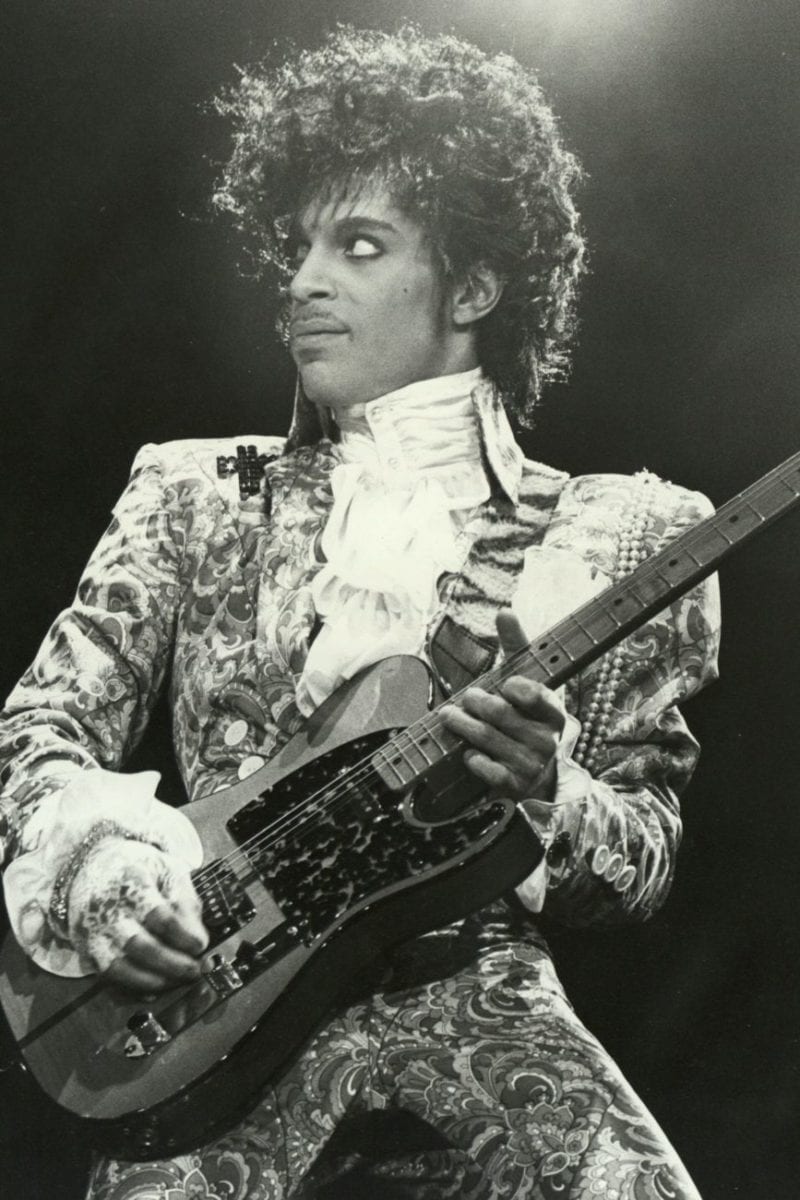 Photo by the LIFE Picture Collection

Over what time span were the tracks recorded?

About a 6 month period starting at the top of 2016. As I said once I had all the ingredients then I tried to lock in and start cooking. Then life happened. Life always has some “other” plans right? So the album becomes an exercise in survival sometimes more than of expression.

Typically I am very effective creatively in reclusion, but I changed that this time as I was getting too comfortable in that mode. So the challenge was to be out in the world – living, experiencing – but still be able to hold on to these subsets of emotions that would serve as context for the album.

It was uncomfortable, but most growth is. I pushed though it and was almost done then Prince died. I mean 2016 has been loaded with some mighty musical transitions, but the Prince one really shut me down for a few weeks. Luckily I was 90% done, because if I had just started the album that would have had a major impact.

Grzegorz Redko’s sleeve design only strengthens the visually evocative force of the track’s titles, which themselves sound very much like the chapters of a book. How did you get to work together?

I met Greg through a mutual friend in Berlin. When I saw his work I was like “whoa”. I knew immediately we would be friends. He’s a great dude, and a serious artist. One day over some beers I asked him could I use some of his artwork for my album, the rest is history.

What was even better is that I had already started the album, but Redko’s artworks actually began to shift what I was doing sonically. Again, new territory for me. So yes there are a lot of chapters within the album art as also with the music. 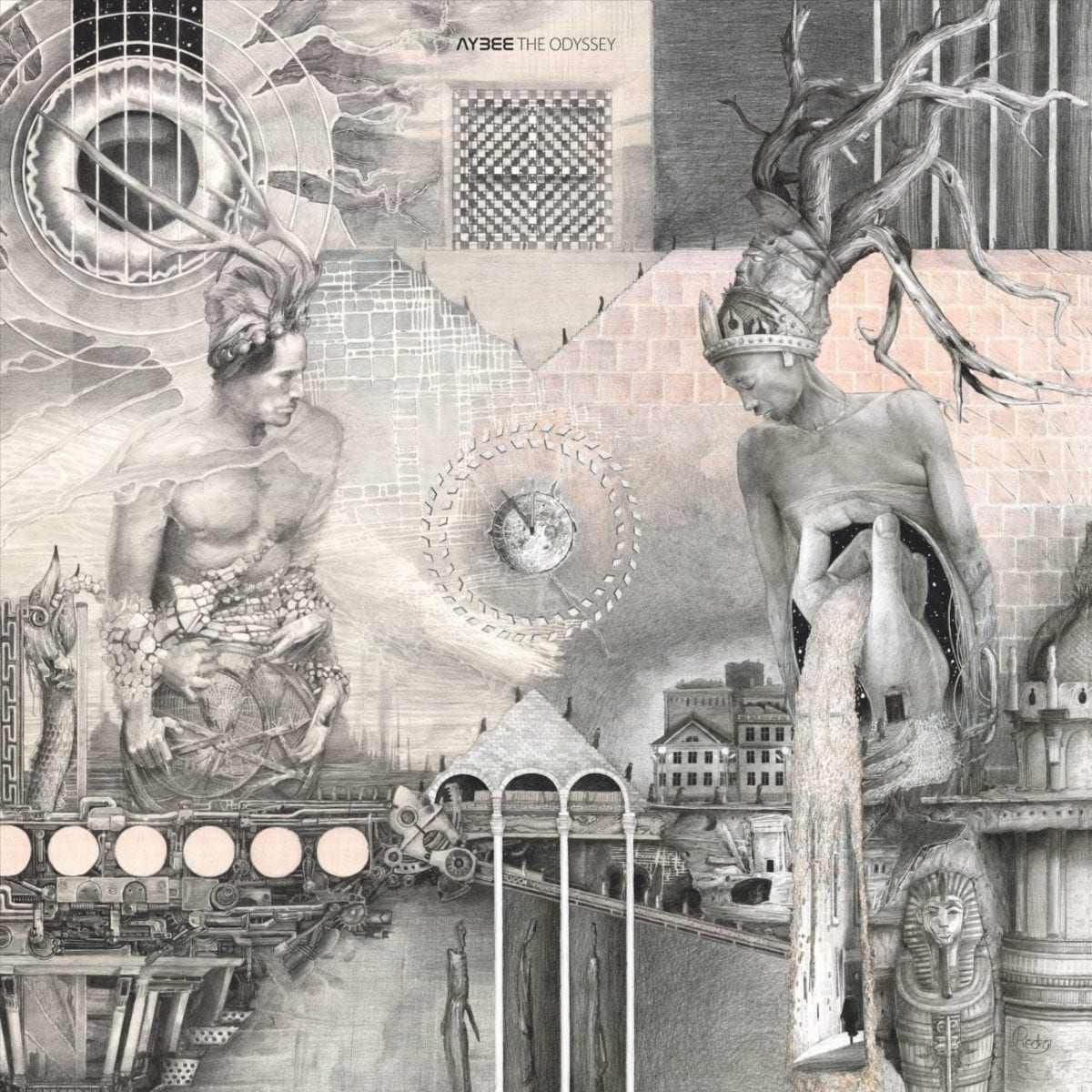 You spoke these words, which I particularly relate to: “a good pitcher always keeps you off balance”. Which ways did you take to ensure your listener doesn’t stay cosy in his comfort zone?

Well if people know what to expect they can sometimes get bored. I say sometimes because sameness/and repetition also can lead to success. Some people can do the same thing over and over and it works. But for me I get bored with that. But if you can give folks some pause sometimes, an “ah” moment… that’s a spark. That’s a building point to something with depth.

In a chance conversation with fabled NY Producer Frankie Feliciano years ago when I started he told me “You have to decide what kind of producer you want to be! You have guys who have one hit and they spend the rest of their careers living off that hit. Or you have guys who are constantly evolving keeping it fresh.” I def knew I wanted to be the latter. People like sameness because it gives them a sense of control. A sense of “I know what’s up”, but no you really don’t.

That mentality hurts real social progress. Because it erects these people, and rules that end up sterilizing and quantising everything. Life is off balance and is unquantised. That’s what makes it worth living. I try and express that in my music. The beauty of our humanity. Music should sound human. I am trying to have that inner conversation with the listener. The essence of the funk. And I don’t mean the bastardized genre – I mean the FONK! The Fonk of life! The realest of talks.

What can we find you in the next weeks?

Nothing scheduled at the moment. More than likely in the studio working on 2017 projects, and trying to make my wife laugh.

The Odyssey is released via Deepblak on 18th November, pre-order a vinyl copy from Juno.