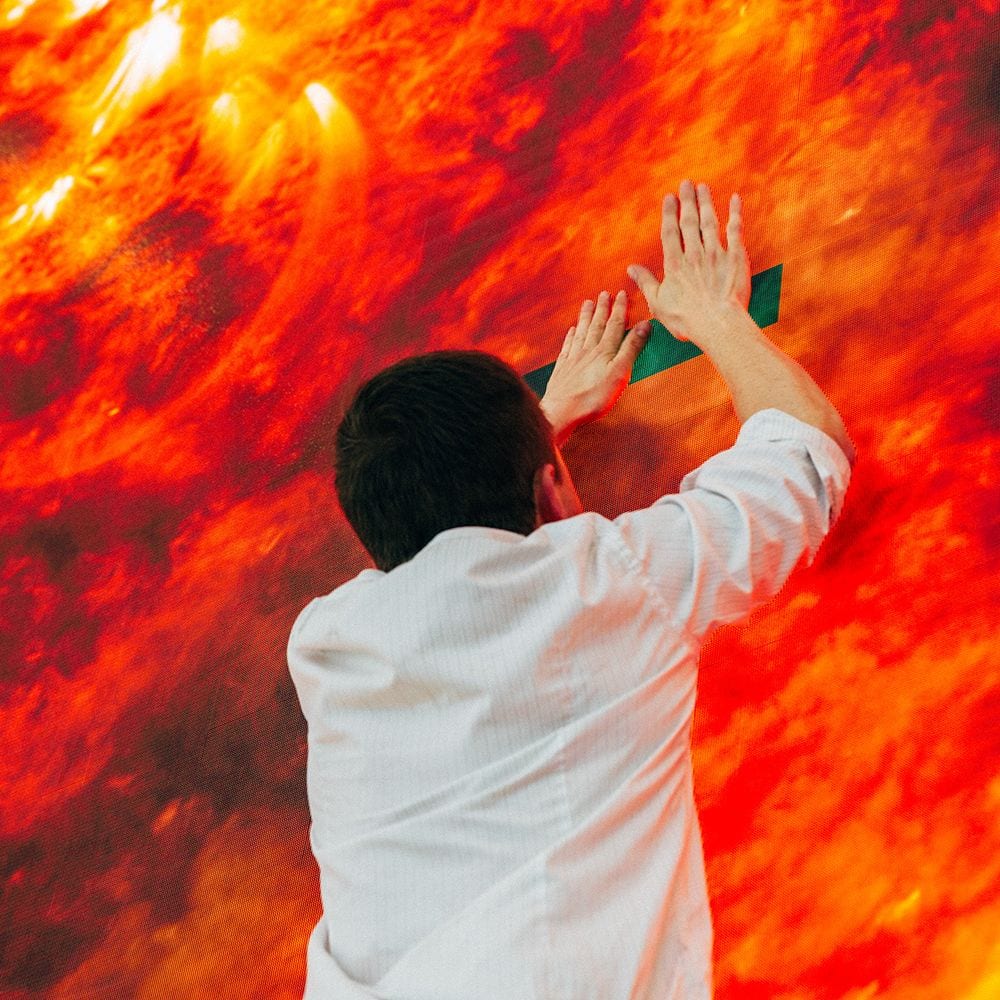 Like in Robert Louis Stevenson’s gothic classic, ‘Strange Case of Dr Jekyll and Mr Hyde‘, the Janus-faced nature of Thomas Feriero’s work makes for a rather compelling textbook case of bipolar artistic turnabout. Reputed for his sleek and deep blends of smooth-edged techno and ethereal house, the Milan-based producer sprang something of a surprise with his massive debut tape release as Maenad Veyl – ‘Somehow, Somewhere They Had Heard This Before‘.

Released via Rotterdam’s finest, Pinkman, in January of this year, the mini-album marked a radical shift in both sound aesthetic and all-round tempo and style, trading the velveteen suavity of his output as Avatism and CW/A alongside Clockwork, for a rugged and craggy post-industrial churn, rife with references to the heyday of raw, DIY hardcore music and its equally ruthless sub-species.

After a detour via Oliver Ho’s Death & Leisure, Thomas returns this spring with the inaugural outing of his new label, VEYL, founded and run in collaboration with longtime friend and partner in crime Alex Knoblauch – head honcho of Vakant and Watergate main operator. Longing to find out more about the imprint’s launch and how the Maenad Veyl project came to life, we seized the occasion to have a chat with Thomas as he lifts a corner of the veil on his inspirations for the record, production process and further plans for the future. Get a taster of the madness to come with the highly dynamic electro-tech ripper ‘Talon‘ down below. 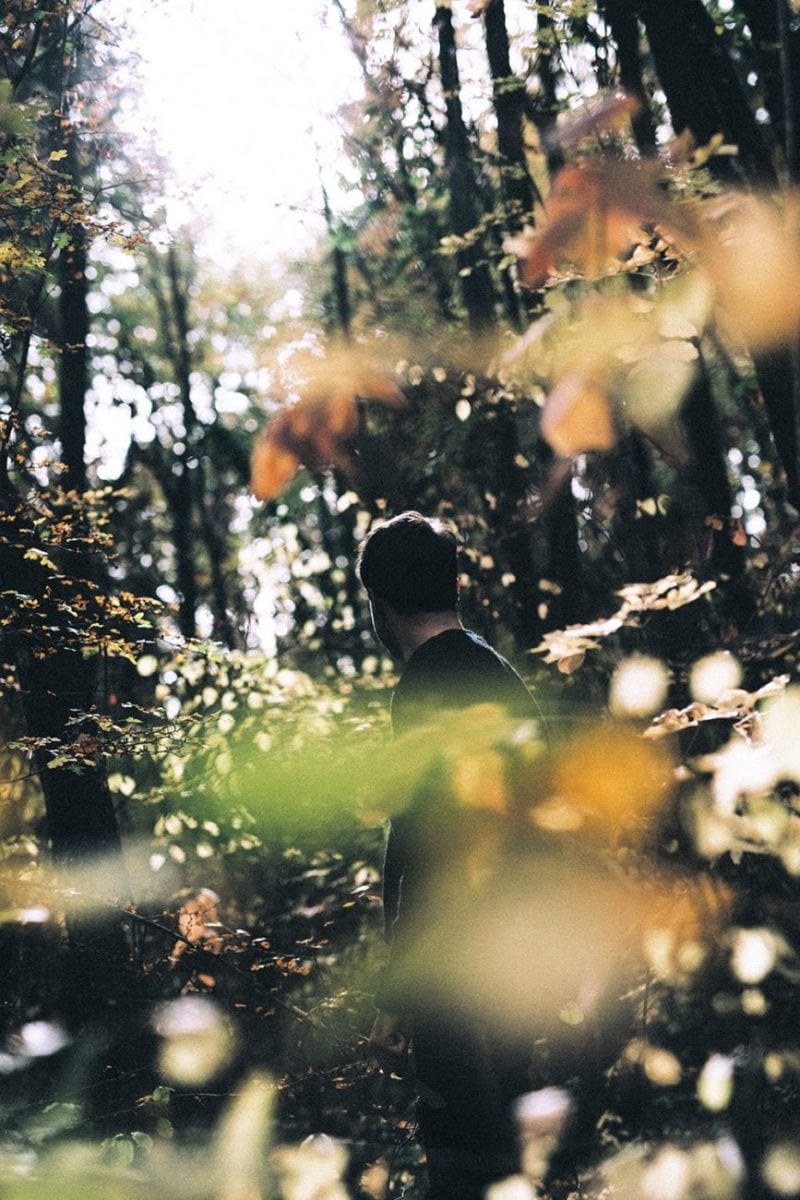 Thomas, 2018 got off to a flying start for you. After a smashing debut tape on Pinkman ‘Somehow, Somewhere They Had Heard This Before’ and a split 12″ alongside Years Of Denial on Oliver Ho’s Death & Leisure, you’re back with the fiery ‘The Acceptance ov Not Knowing’, which inaugurates your new label VEYL, curated alongside Vakant’s boss Alex Knoblauch. Can you tell us more about this record and what it represents to you?

Thanks. I’ve been planning these things for quite a while and it’s great to see them finally materialise. It’s a relief people have been connecting to it so well. We decided to keep everything raw and DIY for this EP to match the hardcore labels that inspired us and experiment. I mixed, mastered and “designed” everything myself, with the only outside help to come from Tomaso Lisca’s outstanding photography. It’s the first chapter of something bigger we have in mind.

How was the Maenad Veyl project born? What prompted you to start this new venture?

Around the time I was working on the Parachute EP I noticed that the folder of music that didn’t fit under the Avatism “banner” had become considerably larger than what I, well, thought I was working on. My life had changed a lot since the beginning of my Avatism and CW/A “journey” — if we want to call it that — and reinventing the wheel wasn’t going to work. I don’t want to say it had become a burden but it just felt less natural.

To start off fresh with something that couldn’t be judged as an Avatism, CW/A or Parachute record I let go of any preconceptions on what music should sound like and just wrote like a madman, night and day. Within a couple of months I had something like 30 tracks, which I sent to people like Oliver Ho (who inspired me with his Raudive/Broken English Club evolution), Peder and Marsman and well, here I am now.

Maenad Veyl makes for a radical shift from your output as Avatism and CW/A, which is much clearly oriented towards the deeper/sleeker end of the spectrum. Aside from being openly more rugged and abrasive, what — in your own words — distinguishes that Maenad Veyl output from your work as Avatism?

I see it as a borderless concept that I’m shaping as I go. I have a clearer idea or where I actually want to end this time around, mostly because I’m no longer 22 and (finally!) have a better grasp of what I’d like from life, passions and my career. In some ways it feels like the Maenad Veyl material is the music I always wanted to write. There are no rules anymore, anything and everything goes… as long as it makes sense to me and I can convince someone (or Alex!) to press it on vinyl. 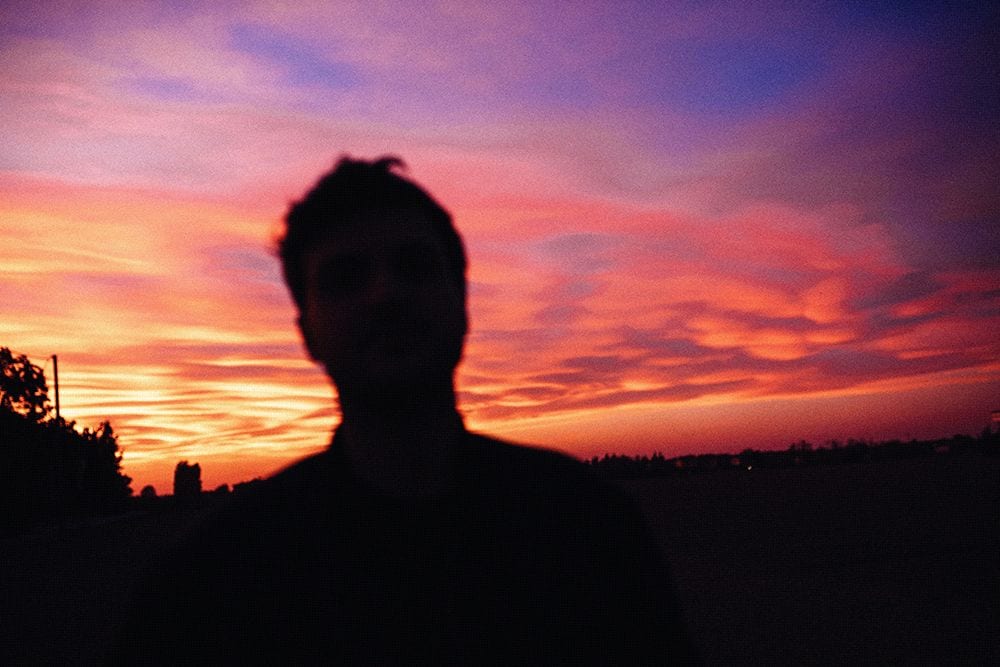 Where did you draw your inspiration for this record?

The title is my take on “Liberation is the acceptance of not knowing”, a quote from Mark Z. Danielewski’s House of Leaves altered to follow some of the rules of Thee Psychik Bible by Genesis Breyer P-Orridge.

When I first started working on the first Maenad Veyl music I wasn’t really thinking too much about how or where I was going to release it. A blank slate can be a double-edged sword: it’s an opportunity to do better but there’s almost always a sense of uncertainty, at least for me. Accepting this as the normal course of things inspired me to make this record. A deliverance of sorts, obtained simply through not stressing out about new paths and their outcomes: I just focused on writing music and having a blast while doing it.

Sound-wise I opted for the exact opposite of something “meditative”. I wanted the music to be “all killer, no filler”, live-sounding, short, to-the-point and scattered with human errors and homages to classic thrash and hardcore albums of yesteryear. Rough and abrasive but still somewhat memorable… in a very self-aware way. One track is literally just one kick-drum through effect pedals so, while I doubt it will get licensed for a Headspace commercial, I hope people can relate to it as a form of violent release.

Given the antipodean nature of each moniker’s output, I guess the production process must also largely differ… is that right?

Self-imposed “rules” aside, the main differences in the production process is in the equipment and signal chains used. The vast majority of the Maenad Veyl material is heavily processed through a lot of very specific equipment that I wouldn’t touch for Avatism. I originally setup my studio to sound like a ‘90s hardcore punk studio.

Do you intend to put maximum focus on Maenad Veyl from now on, or are the two entities made to coexist in your mind?

Coherence is not exactly my forte, so it’s hard to say where I’ll be a year from now. Right now Maenad Veyl is my focus but I have some things as Avatism coming out soon too. 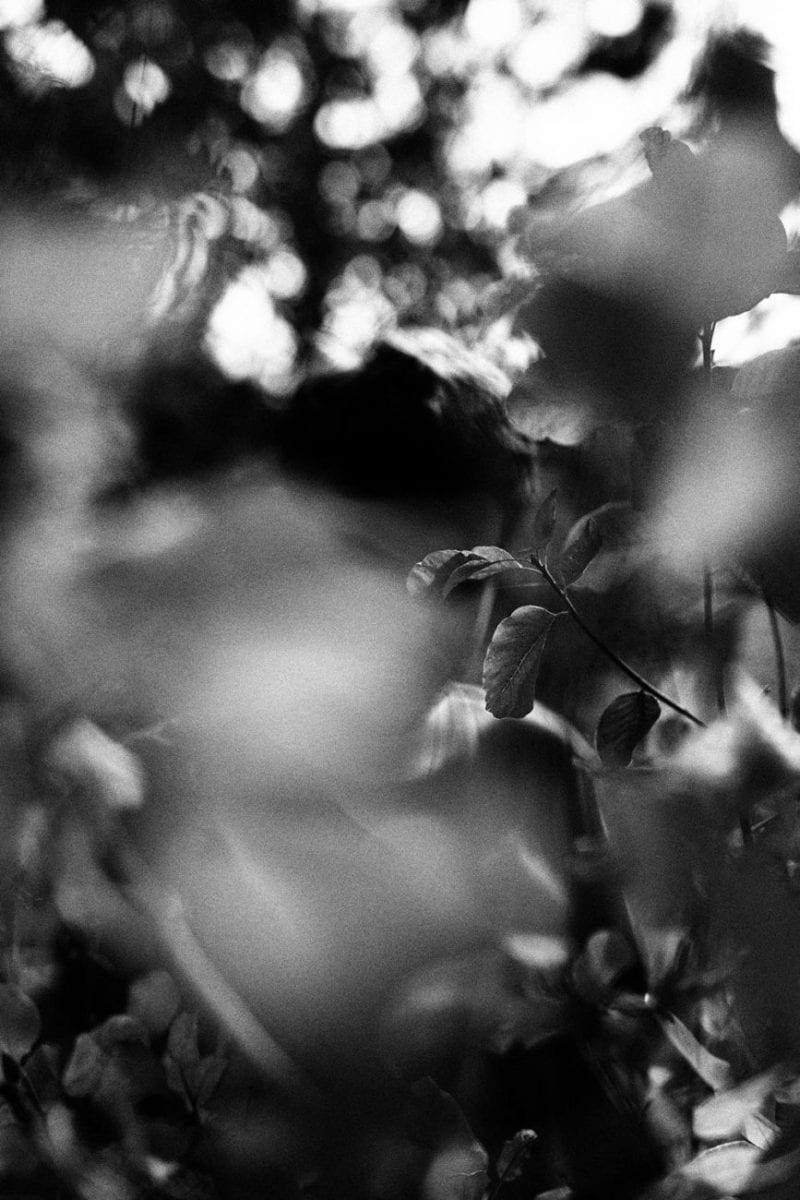 The material may have drastically changed in essence, yet VEYL is still the fruit of your durable relationship with Alex. How did this crucial bend in style effect your collaboration?

I signed almost everything I released from 2012 onwards on friends’ or my own labels. With Maenad Veyl I found myself somewhat isolated, at least musically, from the majority of my contacts. Luckily Peder Mannerfelt convinced me that not being able to pinpoint something to one very specific scene, label or style was actually a convenient position for me to be in. Self-releasing would allow me to make music without thinking too much about anything else, so one day I mentioned this to Alex and the next we were already sharing ideas.

It’s a great setup for me as I can focus on music and have Alex as my personal slave. I’m afraid he will be reading this, so let’s just say it really frees me from going through the usual label troubles and having full artistic reign. I say “full” not because I’m deciding everything but because we really tend to agree on most things.

The first time he picked me up at the airport for a showcase, in 2011 or something, he had Ministry blasting in the car. We then spent a lot of time at the afterparties at his place after his parties listening to Napalm Death, Front 242, terrible hardcore jungle. Don’t tell him I told you but at some point he even ran a label that released techno bootlegs of popular thrash metal songs… so while this style change might seem bizarre it felt very natural for us.

He also has experience working for labels like Mute and Soma which makes him useful when I have ideas like “let’s put out a record of pure white noise on 180g double gatefold.” He knows his shit so when he tells me something will make us homeless I believe him.

Is VEYL intended as a publishing platform for your own stuff only, or are you keen to bring other artists on board?

It was created as something for my own music but I would love to release like-minded individuals in the future. I have a few things sketched already but let’s see how things develop…

How’s your schedule looking next?

It’s a bit early for any announcements but I am glad to say I have a lot more music coming out this year. I’m also finally done setting up the new live-set for the project and can’t wait to play it out. But first I think I need some kind of holiday…

The Acceptance ov Not Knowing is released via VEYL on 9th April, pre-order a copy from Bandcamp. Head over to Maenad Veyl’s official website for updates and news.

A1. Trust Nightmare Sequence
A2. Talon
A3. Liberation
B1. Calibro
B2. INHALE/EXHALE
B3. Pensive, Part 1

Discover more about Maenad Veyl and VEYL on Inverted Audio.