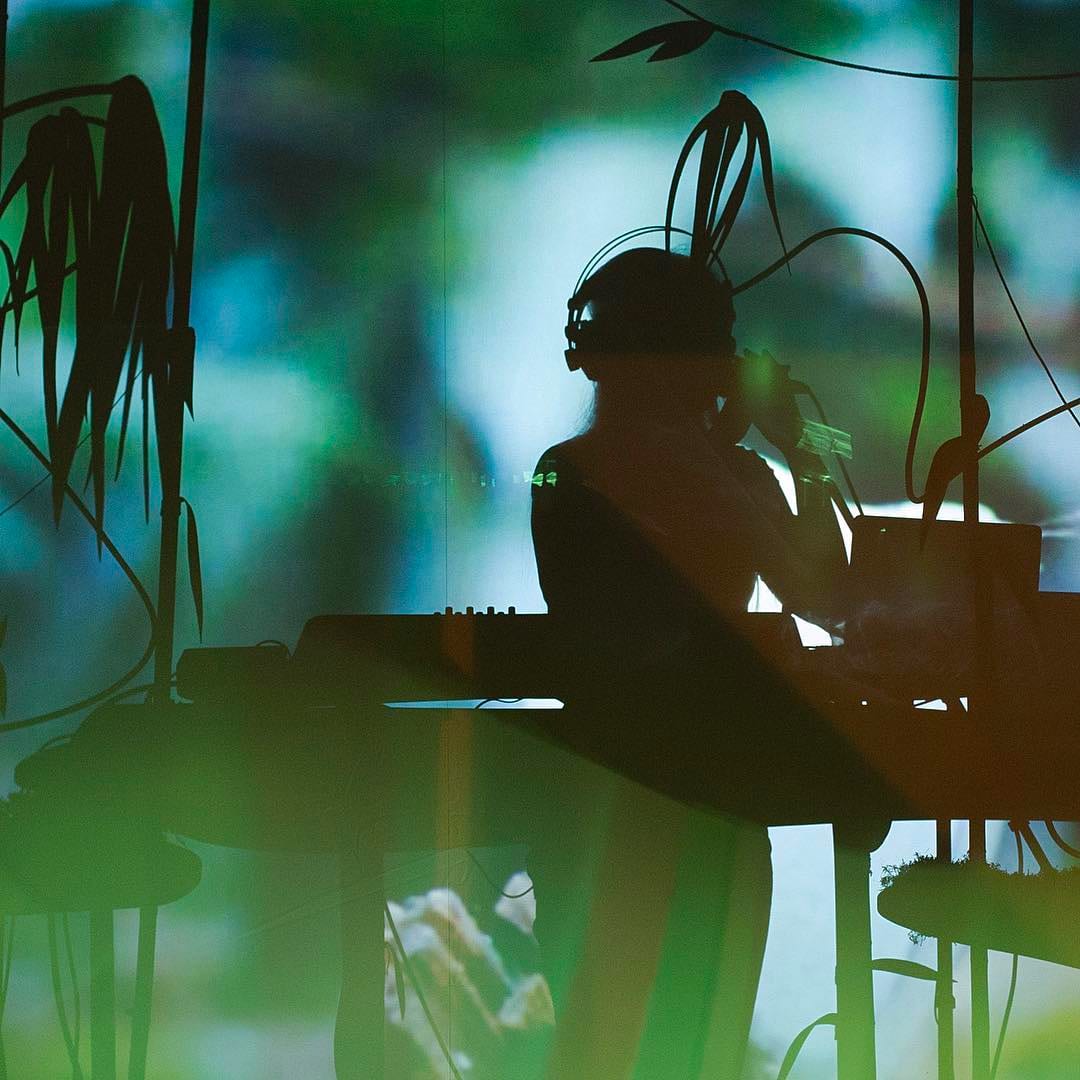 Since the label’s inauguration in 2012, Paris-based outlet Antinote has always finely offset its thirst for newness with a constant follow-up care for its artists, establishing as an intimate and friendly long-haul venture in a time when one-off coups and hit-and-run entries seem to have become the rule and hard-labour quality houses, the exception.

When not releasing new material from its closest circle of collaborators – D.K., Leonardo Martelli, Geena, Iueke, Syracuse… –  Zaltan’s imprint quenches its appetite for timeless grooves away from the spotlights, digging deep to unearth gems you’d never have thought of. So was the case with Latvian artist Domenique Dumont, who made a splash with his masterly first outing ‘Comme Ça‘ in 2015; and curiously enough it’s in Riga again that the French label found its new heart’s desire in the person of multi-talented artist and composer Agata Melnikova, aka Sign Libra.

Originally released via Michigan-based label Sounds Of The Dawn digitally in 2016, but now pressed to wax for the first time, Sign Libra’s debut ‘Closer To The Equator‘ EP strikes with the same naive charm and solar radiance than her fellow countryman’s show stopping debut; just as lush and mesmeric as it is brilliantly orchestrated. Interested to learn more about Riga’s local scene and the story behind this finespun exotic journey, we sat down with Agata to discuss her musical background, artistic aims, as well as her infinite love for BBC nature documentaries and Prokofiev. 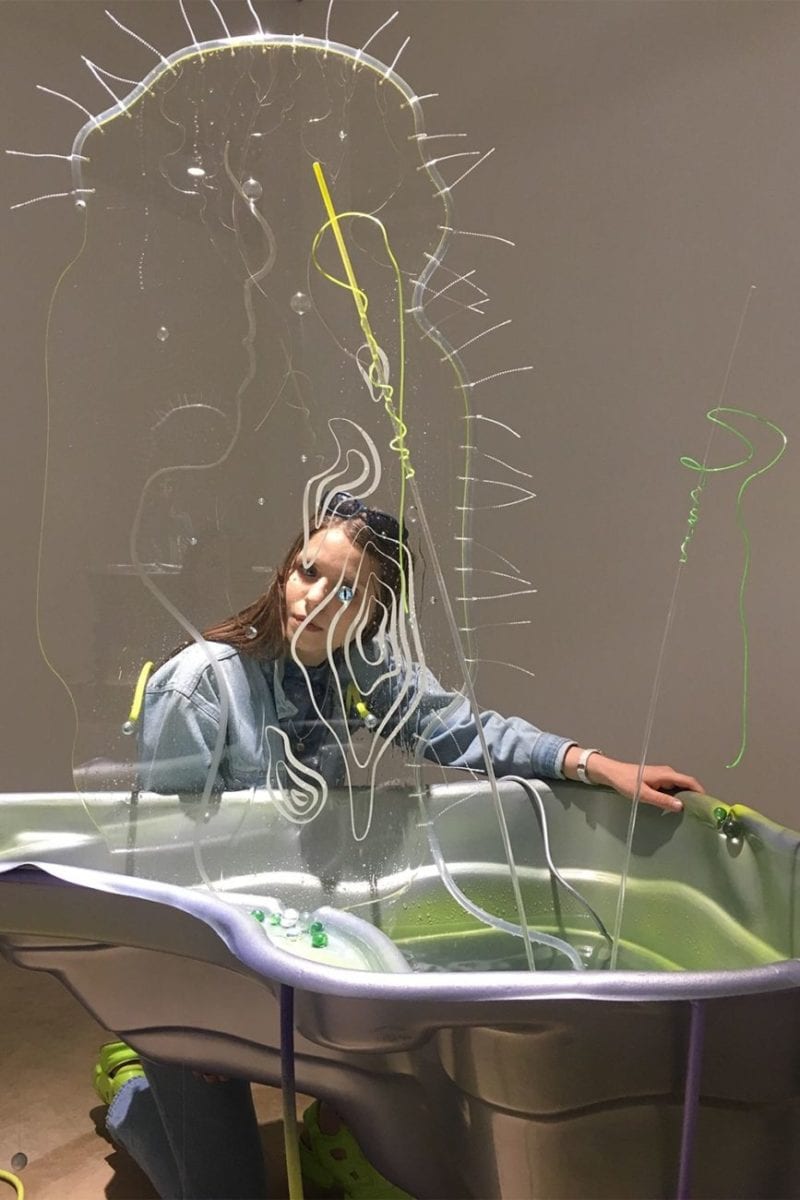 Your first record, ‘Closer To The Equator’ – which initially came out digitally in 2016 through Michigan-based new age label Sounds Of The Dawn – is now being pressed to wax for the first time thanks to French imprint Antinote. I heard it was actually the soundtrack to a contemporary ballet at the Latvian National Opera in Riga. Can you tell us more about this project?

One day choreographer Milana Komarova received an offer from the artistic director of the Opera to make a one-act ballet performance at the New Hall. She asked me if I wanted to write the music for her choreography, since we had already collaborated before. At that time I was already working on some sketches in Ableton Live for a potential EP, which I would have uploaded to my Soundcloud account afterward.

Also the theme behind this EP gradually crystallised. I came up with a concept and we started to work on the project. Also worth mentioning here: my sister and artist Daria Melnikova and Kaspars Groshevs worked on colourful video projections which really strengthened the atmosphere, brushing a fine picture of a day in the tropical rainforest.

How was it compose a piece for a dance company? I guess the bill of specifications is rather tight…

I was just continuing to develop my sketches without any limitations or specifications but kept in mind that the tracks should be musically and rhythmically appropriate for the language of a contemporary ballet.

I’ve seen that you’re involved in various contemporary art projects in Latvia, especially with your sister Daria. Did you already have one foot in the electronic music scene then or did this record open new perspectives for you?

When ‘Closer to the Equator‘ was done, I wanted to start expressing myself in a different creative way. So one day Dasha – who has a professional art education – and I came up with an idea, thinking that it would be fun to make an exhibition together and that’s how our collaboration got started.

Actually this happened organically because the artsy atmosphere has always been a constant in the family, and in the 1990’s we went together at a cool school called Latvian Academy of Children Artistic Fantasy. That is why art and music are equally important to me, and they bleed into one another… but professionally speaking, I think of myself as a musician!

Were you then familiar with Antinote and its catalogue when Quentin approached you?

Yes, I knew about Antinote but I was mostly familiar with that release from fellow countryman Domenique Dumont. Once again I would like to thank the Antinote guys for giving me the possibility to hear the record on vinyl!

The music presented in ‘Closer To The Equator’ has a deeply radiant power to it, evoking dreamy beachscapes and extensively warm climates. Where did you get your inspiration for it?

I wanted to visit warm and sunny places but due to financial conditions it was not possible. So I was listening to rainforest sounds on YouTube at home, trying to find the inspiration while having a nap during sunny daytime. This way I found my own path, and relaxation as well. But I think the biggest inspiration I got was through watching loads of nature documentaries.

The press release states that you’re a great appreciator of the BBC-produced nature documentaries. What do you like most about them?

I don’t think they’re just entertaining but also make for a very interesting educational process. It is an exploration of the animal world and life itself. Nature is a great teacher for coping with life tasks and thinking/working in a creative way. 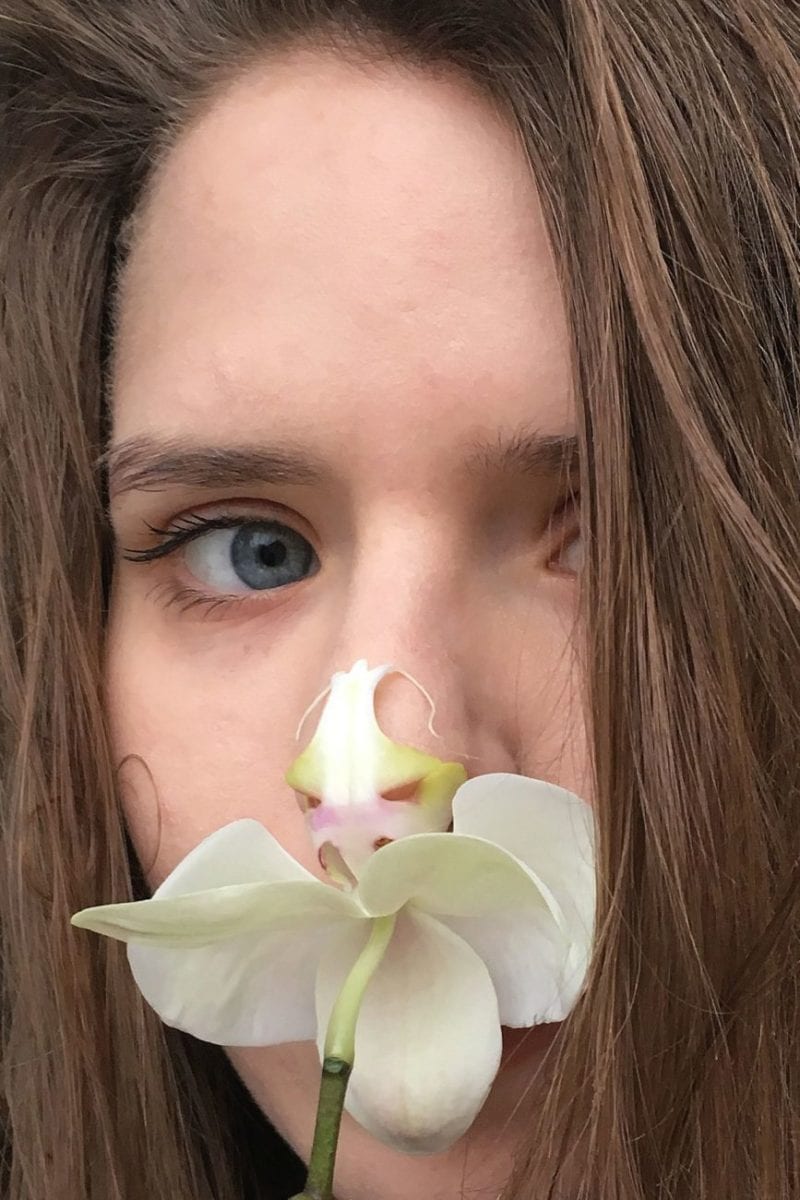 I read you graduated from the Latvian academy of Music in 2012, more precisely the Music Theory and History department. How has this inflected your vision of things/creative process?

My professional relationship with music started a bit earlier, when I entered Emils Darzins Music school (or as they call it “Junior Conservatory”) in 1995 in Riga. Most of the times I was bored during music history lessons but always payed attention to the works of classical composers depicting the sounds of nature.

For example, I was inspired by the music of Sergey Prokofiev and especially his symphonic fairy tale ‘Peter and the Wolf‘, where he depicted each character with a particular timbre and a motif to make the music more imaginative and educative for the listener.

I took a similar approach for ‘Closer to the Equator‘ – endowing each character and his actions with a certain music language, motif or vocal part. The Academy years were mostly important because of my research for my bachelor thesis about progressive rock in the early 1970’s, which helped me explore this music style and its particular features more closely.

What gear did you most put to use on this record?

Just Ableton Live, a Korg M1 and Wavestation plug-ins on my Macbook Air.

Are you currently working on new material? Do you have any other releases lined up yet?

I just self-released a third mixtape, ‘Ape To Man‘, which explores the travel through the evolution of life on Earth, from its beginning to this day. It also includes a new track, ‘Ammonite‘. Besides that, I already sketched the musical language and crystallised the idea for the next album!

How is the Latvian electronic music scene going? Can you tell us more about Riga’s hotspots and key places?

The electronic music and independent art scene in Riga currently depends on enthusiasts and individuals, and their passion to make something that swerves from the general art background; but most of the times this gets no support from the homeland.

That is why people need to start with something that will get them some recognition: for instance just by using Internet and exploring independent music channels. This is the one thing. Another thing is the will to connect with the older music generation, ask them for advices and learn from their experiences. On this matter it is a pleasure to hear that some nice old records such as NSRD and Dzeltenie Pastnieki are now being re-released on respectful foreign labels, so it means something!

The same goes with hotspots. Of course it depends on individual taste but I have to mention contemporary art place 427 Gallery, and in terms of music – even though we have nice vinyl markets from time to time – it would be awesome if these weren’t just temporary but permanent, and preferably spread across more places in Riga!

Do you think there are enough spaces for artists to record/play at?

Definitely not enough! So everyone is making music at home or self-made studios.

What are your plans for the coming weeks?

One of them is to head to a warm sunny place for a few days and drink some freshly-squeezed orange juice!

Closer To The Equator is out now via Antinote, order a copy from Juno.

A1. Intro / Tropical Planatarum
A2. Mantodea vs Furcifer Pardalis
A3. Victoria Amazonica
B1. Teleopsis Dalmanni
B2. Outro / Oophaga Pumilio
B3. Petrichor

Discover more about Sign Libra and Antinote on Inverted Audio.