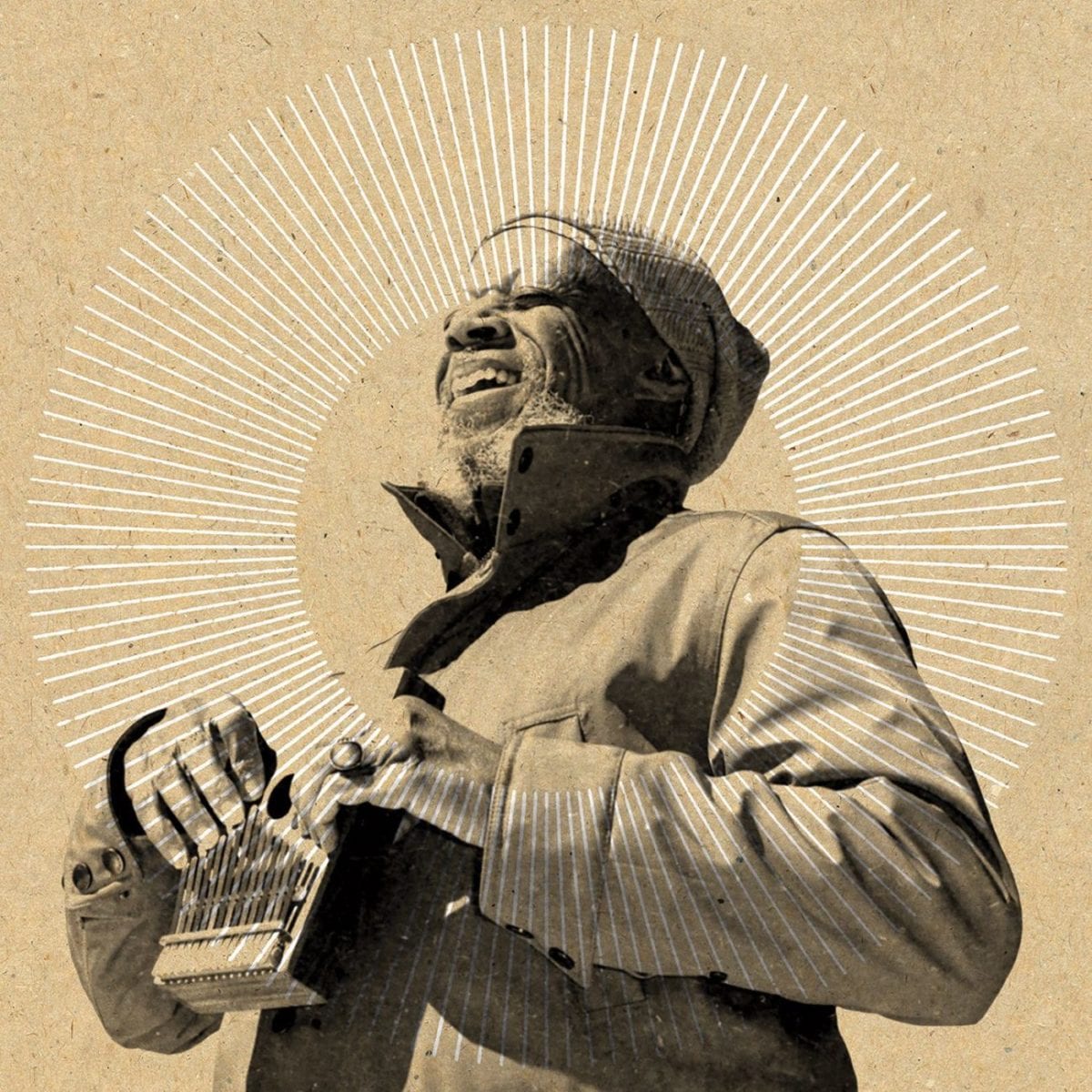 A legend of the New Age and ambient scene in addition to being one of the kindest souls around, it would be short-sighted to reduce the multi-talented musician Laraaji Nadabrahmanada – born Edward Larry Gordon – to trivial considerations such as the width of his back catalogue or the renewed interest his music has sparked amongst contemporary tastemakers and ambient neophytes.

All eyes on the upper end of the universe’s spectrum, where the souls converge and the mind expands, Laraaji’s music defies your classical understanding of music and its immersive power, soaring from earthly territories to celestial spheres in some sort of restorative slo-mo inertia.

With a double delivery for All Saints Records – the mesmeric ‘Sun Gong‘, followed by the double LP ‘Bring On The Sun‘ – scheduled to drop in the coming days, and another album underway for Warp, Laraaji proves he’s lost nothing of his golden touch and keeps pushing boundaries with unmatched spirit and energy. Read our interview with the master + stream an exclusive remix of Laraaji’s track ‘Enthusiasm‘ by Leaving Records mastermind Matthewdavid down below.

You have been a key figure of ambient music for decades, collaborating with some of the most talented musicians of your generation. How did you react when labels like All Saints, Stones Throw and Soul Jazz contacted you to release your music? How does this renewed interest for your work feel to you?

When record companies contacted me I felt elated that my earlier music was going to a wider audience. This renewed interest in my musical direction is definitely highly validating, encouraging and stimulating. It also feels like a big relief… the gift is finally being opened on a broader planetary scale.

Autumn is going to be busy for you: a double LP on the way – ‘Bring On The Sun’ – preceded by a piece of meditative drone titled ‘Sun Gong’, both due out on All Saints Records in the coming weeks. What’s the essential idea behind each record?

‘Bring On The Sun‘ is an album that shows more sides than I’ve expressed previously in New Age ambient music’s performance. ‘Sun Gong‘ is and exploration of the uplifting and transformative power of ancient gong tones and voice treated with electronic effects.

The albums were recorded at Gary’s Electric Studio in Brooklyn with engineer Davey Jewell, and the material was then edited and mixed in Los Angeles by Carlos Niño. Can you tell us more about the recording process?

The recording process was one of being in the studio with a good engineer and comfortable lighting and sound levels. Dropping into meditative understanding to refresh my sense of purpose and direction… then free associating with time space and energy through multiple instruments, including mounted wind gong, grand piano, acoustic guitar, harmonica, kalimba (African thumb piano), electric open-tuned Zither, voice and percussion.

I wear headphones to monitor the stereo field as I like playing with space… I also involved a session assistant (Daniel Givens) who would at times suggest interesting directions to explore. Diving in without a plan and listening for new sound shapes as they would emerge and then letting these shapes have their voice… 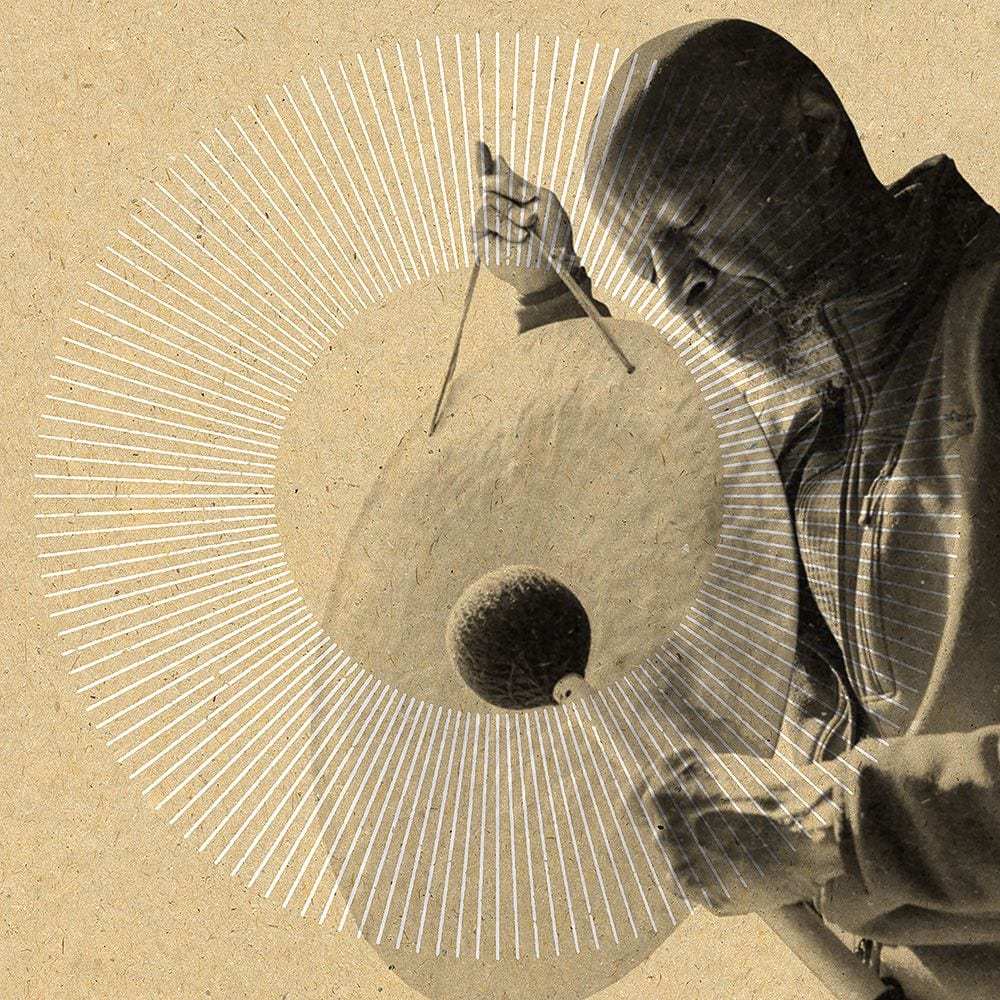 LA-based talents Ras G and Matthewdavid – boss of the excellent Leaving Records – are involved as remixers. What kind of contact do you maintain with the “new” generation?

Most of my contact with the new generation is experienced when I visit California, where there is a large family of New Age ambient kindred musical spirits, and when I’m on the road – especially in Europe where I meet artists before and after the show who share their enthusiasm for ambient and New Age music directions.

Many artists exploring this direction offer me samples of their music, hard copy recordings and via mp3s… Testimonial Emails from around the planet are received constantly, expressing appreciation and openness for collaborations…

Earlier this year an article from the Guardian painted ambient music as “the sound of the summer”, which – despite its click-bait title and clueless view on the genre – gives a hint of how global the love for atmospheric music is getting. How do you judge this recent return to grace?

I strongly suspect that the evolution of inner practices, the more responsible use of psychedelics and relaxational substances, and the now popular practices of meditation-yoga, and respect for energy therapy is expanding the population’s receptivity to nonlinear forms of music, music as an environment, sound vibration journey as meaningful hearing experience… I judge this recent return to grace as a positive indication that more and more are ready for THE LONG NOW.

I read somewhere you had pursued a career as a stand-up comedian and actor right after college. Even though there’s quite a gap between the two type of performances, I guess it helped you master the stage both ways…

Yes doing stand-up comedy gave me a sense of confidence of warming up to an audience and helped me understand the value of establishing rapport with an audience. Music and comedy were two ways of serving the general wellness of people, so both were different avenues by which I could do what I feel called to do, which is to support emerging new age consciousness with laughter and immersive deep listening music.

There is a very close-knit bond between spirituality and sound in your work. Is your music directly linked to other practices such as meditation or yoga? How do you connect the dots?

Yes my work is deeply connected to a meditative understanding, cultivated through long eclectic practice. The connection between sound and spirituality definitely express through my performance and recording.

Can you tell us more about your views/studies on mysticism?

My views come through deep relaxed yoga meditation and study. Reading inspirational texts and sacred works, participating in sacred practices… I am viewing consciousness as this eternal continuum always here, always now even when it seems to be asleep or entangled in worldly timeline… The absolute I am is the consciousness center in me that transforms my individual artistry into universal service. 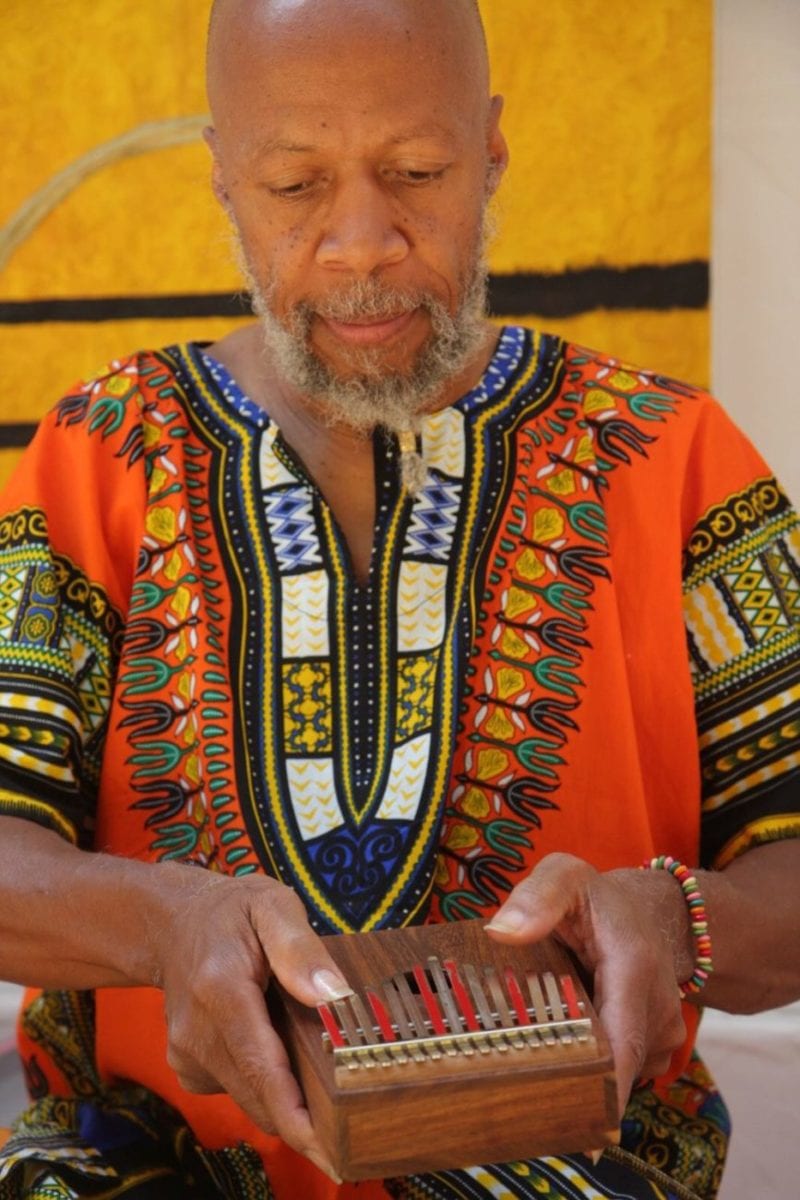 How did you come to play zither? How was your first interaction with the instrument?

Zither was first obvious to me under its American name autoharp, and it was being used in Kentucky bluegrass folk music. While performing stand-up comedy in Greenwich Village coffee houses in the late ’60s early ’70s I became familiar with the visual sight of this instrument. But it wasn’t until I found myself in a pawnshop in Queens, New York, in the mid-70s, pawning an acoustic guitar when an inner intuitive voice nudged me to swap my guitar for the autoharp/zither in the pawnshop window.

I took the instrument home in a daze of astonishment, I had just received musical guidance and validation from some mystical intelligence and here I was following it and taking it seriously. I began exploring the zither in experimental open tunings and playing it as a prelude to quiet meditation… then eventually after developing a strong vocabulary of exotic effects and style, taking it into local jam sessions around Park Slope, Brooklyn, and then on the busking scene in Manhattan, all the time experimenting with performing from heightened meditative understanding, I could see the impact on listeners immediately… it was an harmonizing energy sound immersion more than a melodious entertainment.

How did the emergence of the new media and virtual possibilities effect your production creative-wise?

New electronic media offered me opportunities to fine-tune my sound painting visions. The subtleties of music were now available to me through many more portable effects pedals. The new media gave me a lot more sonic adventure to play with: pitch-shifters, loopers, reverse looping, spacious halls, deeper flangers and phase-shifters, micro mixers, finer zither electric pickups, creative delays, echos and most of all high-end portable recorders.

What are the next months holding for you?

More Dance movement meditation practice (Five Rhythms Dance Class). The next months could see me doing a lot of global touring promoting these 2 new All Saints and Warp releases. Also promoting the January 2018 release of an inspirational pop-song album- ‘Vision Songs‘ – by Numero Group in the United States…

Bring On The Sun

Discover more about Laraaji and All Saints Records on Inverted Audio.