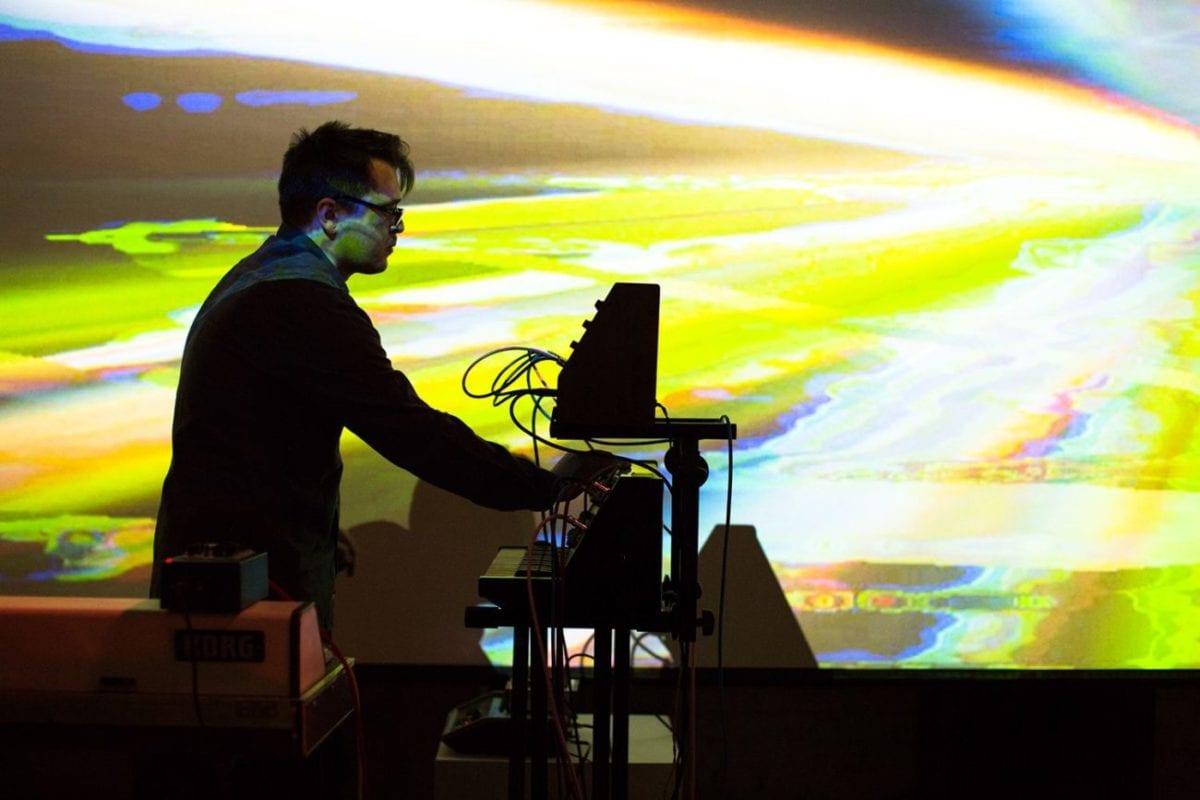 Today in our ‘In Perspective’ series we welcome an unsung herald of the contemporary kosmische and synth pop scene in the person of Moscow-based producer Andrei Orlov.

Formerly involved in indie rock and new wave acts Revoltmeter and Adler, the multi-talented Russian artist makes his return with his debut 12″ delivery, ‘Something New Which Surprises Even Ourselves‘, inaugurating the freshly-formed Musiques Electroniques Actuelles – a newborn division of the French imprint Mélodies Souterraines.

We caught up with Andrei to lift a corner of the veil on his craft, away from current trends but close to the core of a timeless genre of electronic music that continues to be a source of fascination. We’ll move on to Saulk, founder of the label for some insight on the project:

“Established by Saulk (founder of Mélodies Souterraines/Late-Night Rec.) in 2017, Musiques Electroniques Actuelles (M.E.A.) is a vinyl label proposing wave transmissions for the present century, all geared towards a mix of unlimited creativity and psychedelia.

Machines meet instruments, instruments meet humans, humans meet psychedelia. Emotions have always been the reason why art persists even though the industry tends to kill originality. Years passed and machines composed the future, it was predicted… Electronic is now the universal language.

Let’s use it at its extreme, break the frontiers and find the different, the new. What sounds actual to Saulk is something you can’t characterise at first listen, or perhaps at all. It must be made with soul, with feeling, it must be trippy and cosmic, emotive and individual. Communication is the most important thing in that world (along with love): we must save it and use it to express, to create, to innovate.

For the first release, Moscow-based producer Andrei Orlov gives life to sounds that range from the modern electronica spectrum through avantgarde? krautrock? or maybe ambient? It is totally new, even though you could quote Tangerine Dream, Rudiger Lorenz or John Carpenter as points of reference…

This spacey world full of lights crossing the city late at night, boarding with them many periods, each one evoking a distinct sense of poetry. Linking past to modernity is something conscious in Andrei’s sound, allowing him to play live at local places and give talks such as the ones he dispensed at Synthposium Festival in 2016 and 2017 for instance.” 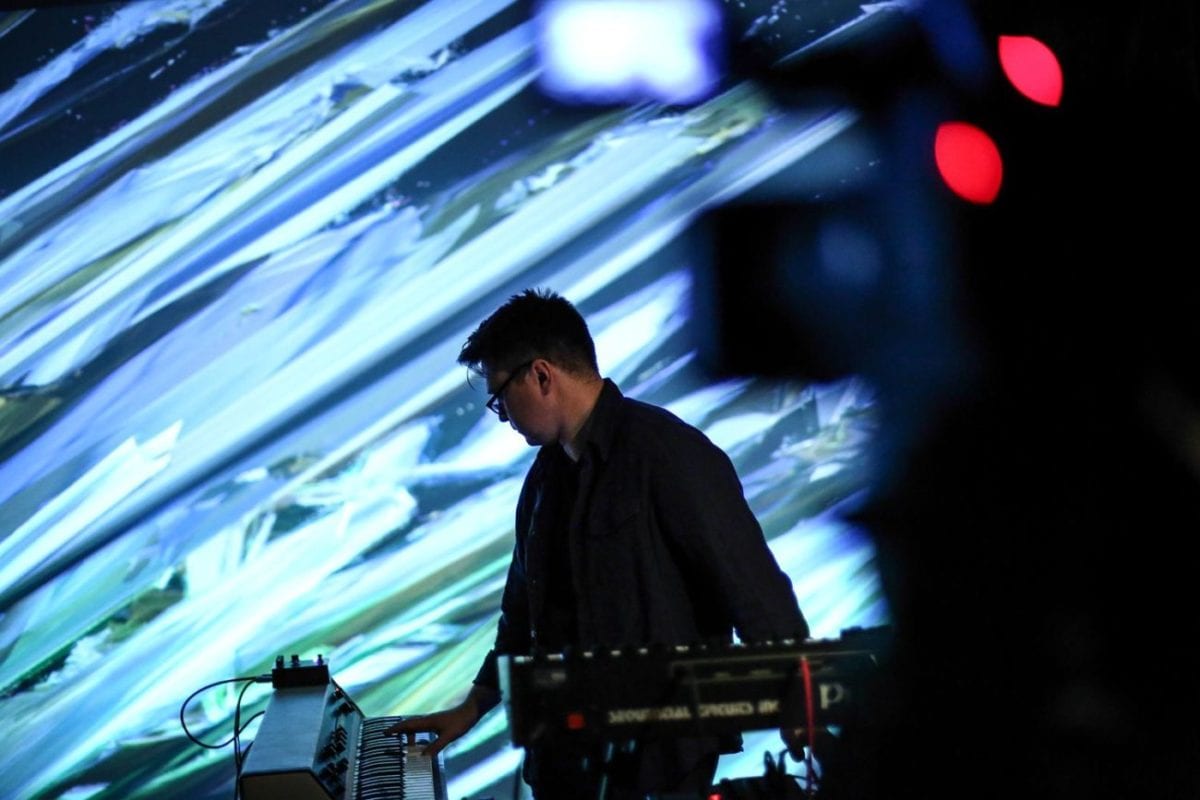 Your EP ‘Something New Which Surprises Even Ourselves’ is about to be released on the newborn French label Musiques Electroniques Actuelles, a subdivision of Late-Night Rec. Can you tell us more about this record? How was your creative process for this record? There is a strong cinematic feel to your music, which not only evokes random images in motion but seems to unfold actual movie sequences… just as if it were the score to an imaginary film.

In fact, my creative process is a combination of the pre-meditated and spontaneous. I usually start with initial rhythmic or melodic ideas, or riffs. Then I start to improvise around them, as if I were performing onstage, and not trying to develop a ready structure in a computer audio program. Additional ideas flow in naturally, and a basic structure shapes up.

I record as many different parts and melodic bits as I can, also improvising, usually with no more than two to three takes. The main point is to capture energy and inspiration of the moment. Then the editing process starts, which can be a bit tedious, but this is part of the work. I think this approach brings better results and feels more organic than ‘inventing’ parts and planning the structure of a track, sitting by the computer with a mouse…

I am really happy that my music evokes cinematic comparisons, but in fact I don’t have specific visual images in my mind while composing. The music of course might be the complex result of all the movies I’ve seen, records I’ve listened to, the books I’ve read… etc. but I cannot explain how it exactly works, honestly.

Your sound is very much influenced by the Berlin school, and more generally kosmische and synth music from the 70s-80s era. What sparked off your interest in this type of sounds? Which artists have had the biggest impact on you? Any key influence?

I am inspired by many styles and artists – classic Berlin School of course, but also French synth prog of the ’70s (Richard Pinhas, Space Art… etc.), library music, Japanese synth pop, mainstream Italian and French pop of the ’70s and ’80s, Italo Disco (especially around 1983-84), Soviet folk rock, synth pop, and new wave of that era too.

My teen years were spent in the late ’80s and first half of the ’90s, so that interest might be re-living those first impressions. The Soviet Union was open to western pop music since the second half of the ’80s, though it was limited of course. There was a shortage of imported vinyl records and cassettes plus they were expensive, but melodic electronic music was pretty much everywhere on radio and TV. 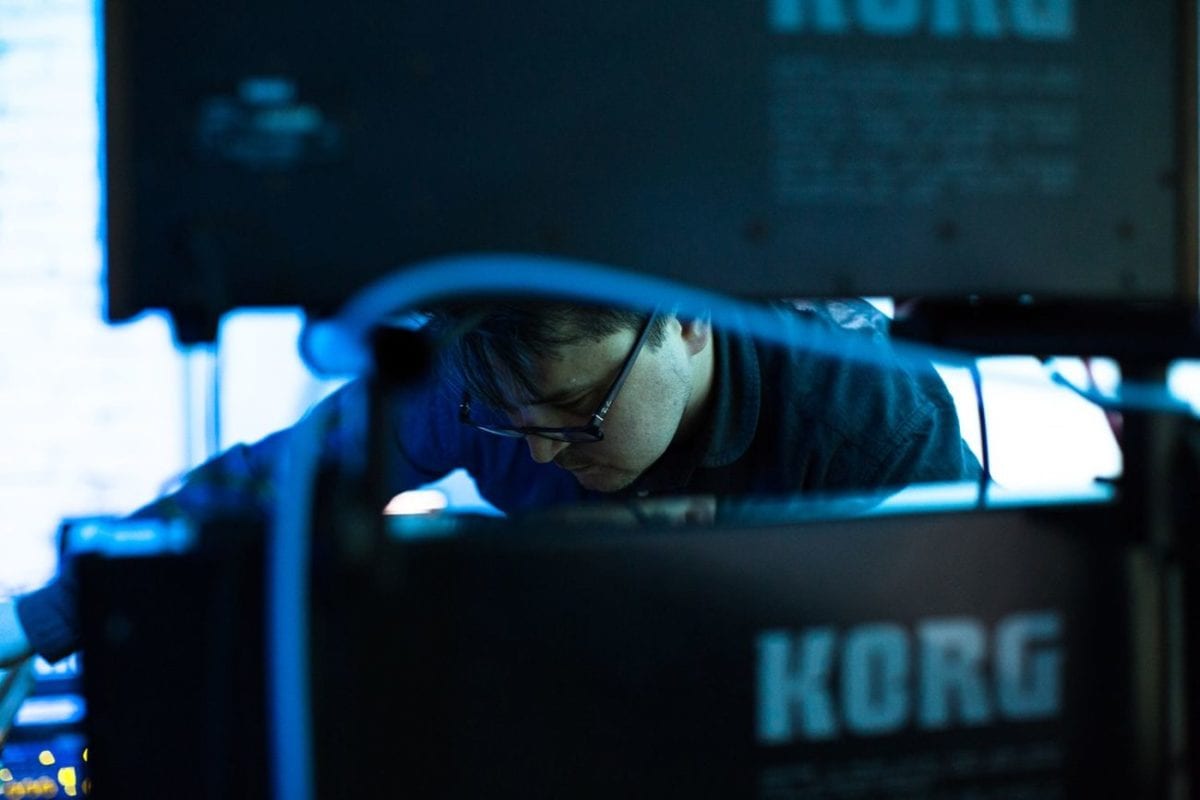 I watched Peter’s Pop Show as a kid (although it was aired on central TV only once a year, on New Year’s eve), also synth music, both western and Soviet, was used extensively to accompany Soviet radio, TV programmes and film (like this for example), so instrumental melodic synth music was there in my subconscious, while consciously I was more interested in conventional rock and pop, just like every normal Soviet teenager! Years later, I started rediscovering and exploring this type of electronic music which has been ‘in the back of my mind’ all this time.

Another love of mine is UK ‘balearic’ pop of the late ’80s and early ’90s. Around 1990-91 MTV came to the USSR: that was the weekly MTV European Top20, which I watched with my friend every week late at night, from the beginning to the end. Around that time we also had SuperChannel TV (is there anyone in the UK who remembers it too?), which aired lots of interesting alternative rock, metal, shoegaze, synthpop and dance / electronic music too, through strange and beautiful programmes like Blue Night. So those early ’90s sounds are now a part of my palette, too.

That was not a deliberate decision. Previously I played in guitar indie bands, and had local electronic music projects with my songwriting collaborator. Eventually I had a number of my own tracks, which did not find a place in any of these projects, so I thought I might finalize them and try offering them to some labels.

Also, little by little, I amassed a significant amount of studio equipment and gained some production skills and knowledge. So now it feels quite natural to produce on my own. I don’t limit myself to that though, I like partnerships and collaborations too, and maybe I will get back to the ‘band’ format sometime soon, along with continuing to produce solo. 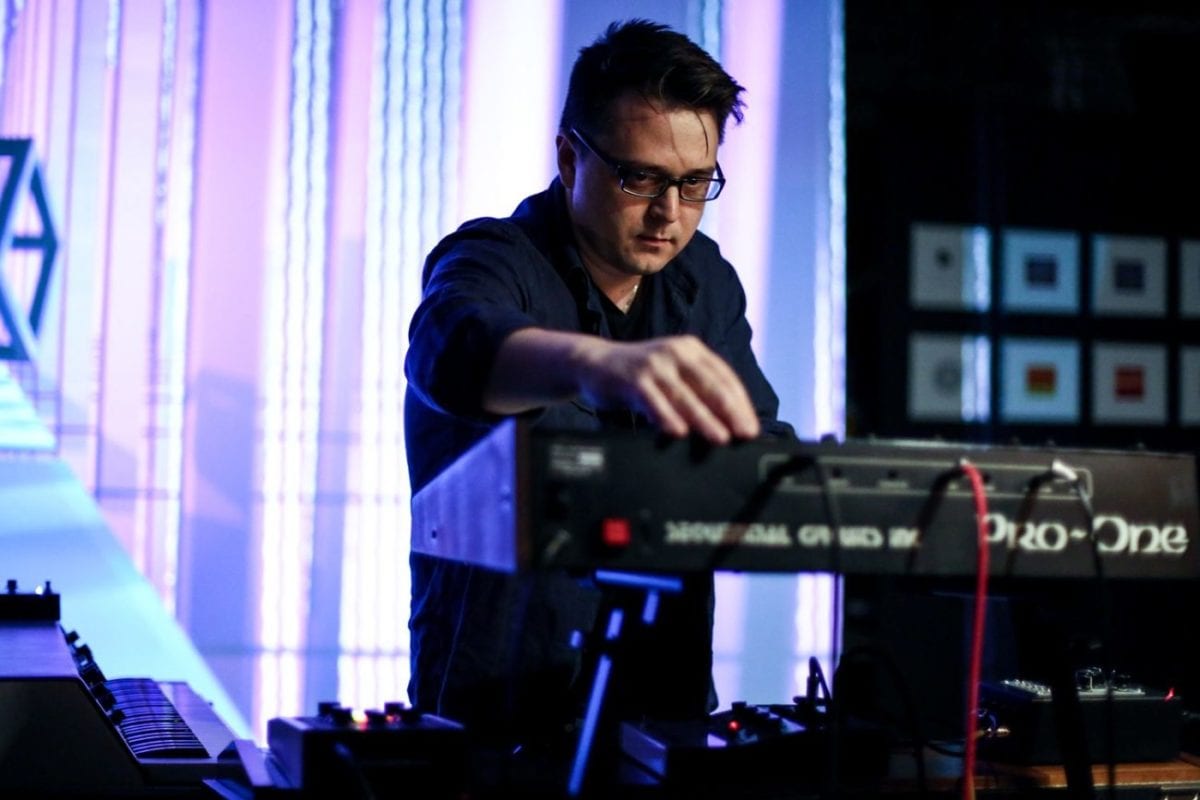 You actually describe yourself as a “romantic” musician. How about that?

I grew up on melodic pop and electronic music. So, ‘romantic’ stands for emphasis on individual emotion, with melody as primary expressive element. The rhythm is secondary, though important too. It was mostly like that in many electronic music genres in the ’70s, ’80s, and partly in the ’90s too, but I guess this approach is not a part of the mainstream modern electronic music anymore…

I read you’ve been running lectures at Synthposium Festival in your home city. How do you approach these talks? What was the last lecture about?

At these talks I tell people about practical aspects of creating electronic music based on my own experience. For example, at the recent Synthposium Festival in Moscow I was talking about how to use creatively old digital ‘rompler’ synths of the ’90s in modern music production.

These synths are quite cheap now, because essentially they are just storage for outdated low-quality samples, with limited sound editing capabilities, usually very hard to program. But in a new context, and with some processing techniques, they can sound interesting and fresh. In my own tracks, including this record, I use them here and there – for example, those cheesy digital pianos, fake choirs, imitations of distorted electric guitars… etc., they work so well together with real analog sounds.

Something New Which Surprises Even Ourselves is released on 29th September, order a copy from Bandcamp.

A1. Lifting Body (Le Chocolat Noir Reinterpretation)
A2. Lifting Body
B1. Among The Stars And Angels
B2. When Thoughts Turn Inward