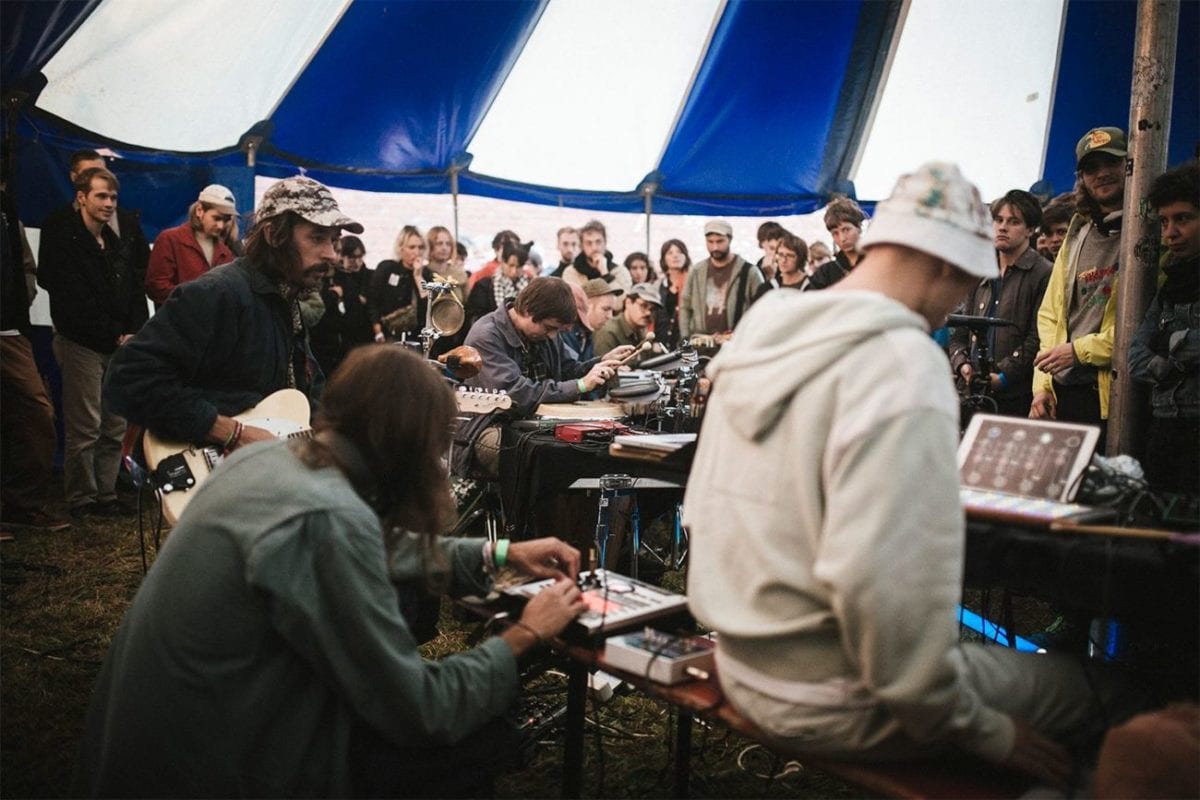 The location of a festival is always key to its success, and the small town of Eupen in Belgium is in this case strategically positioned to host a festival like Meakusma. Being situated so close to Brussels with easy access from Germany and the Netherlands; people from all over Europe were able to travel all the way to this quiet area of Belgium.

The combination of a nature-friendly environment and short distances between each venue significantly increased the intimate aura of the festival. In the morning I would stroll through empty fields with nothing around me but a few cows and at night an eerie silence would envelop the sleepy Eupen.

The festival itself was spread across the town, with most of the performances taking place at the cultural centre Alter Schlachthof; but you could also walk around and explore IKOB (a museum of contemporary art) or the Protestant Church Friedenskirche where further intimate performances were showcased.

Gathering music journalists, label heads, producers and pretty much anyone else with a genuine interest into our niche culture, the festival’s audience put the small yet expanding spheres of electronic music in a can, each performance almost taking on the aspect of a religious act. Many of the performers also stayed for the entire weekend, absorbing the music of their peers with their eyes closed, pensively listening to the wealth of sounds dispensed, day and night.

Meakusma is not designed as a festival for big headliners, even though there were obviously some artists that I was looking forward to see perform more than others. Never did I feel disappointed by the acts that I did not know. In fact the festival opened me up to an incredible array of talents.

These days it is hard to find a festival that provides so much quality and still maintains this kind of vibrations, where you can truly put your trust blindly into the unknown. The cozy vibe, slick and friendly organisation as well as the high-quality food on offer made for one of the most profound musical experiences I have experienced. 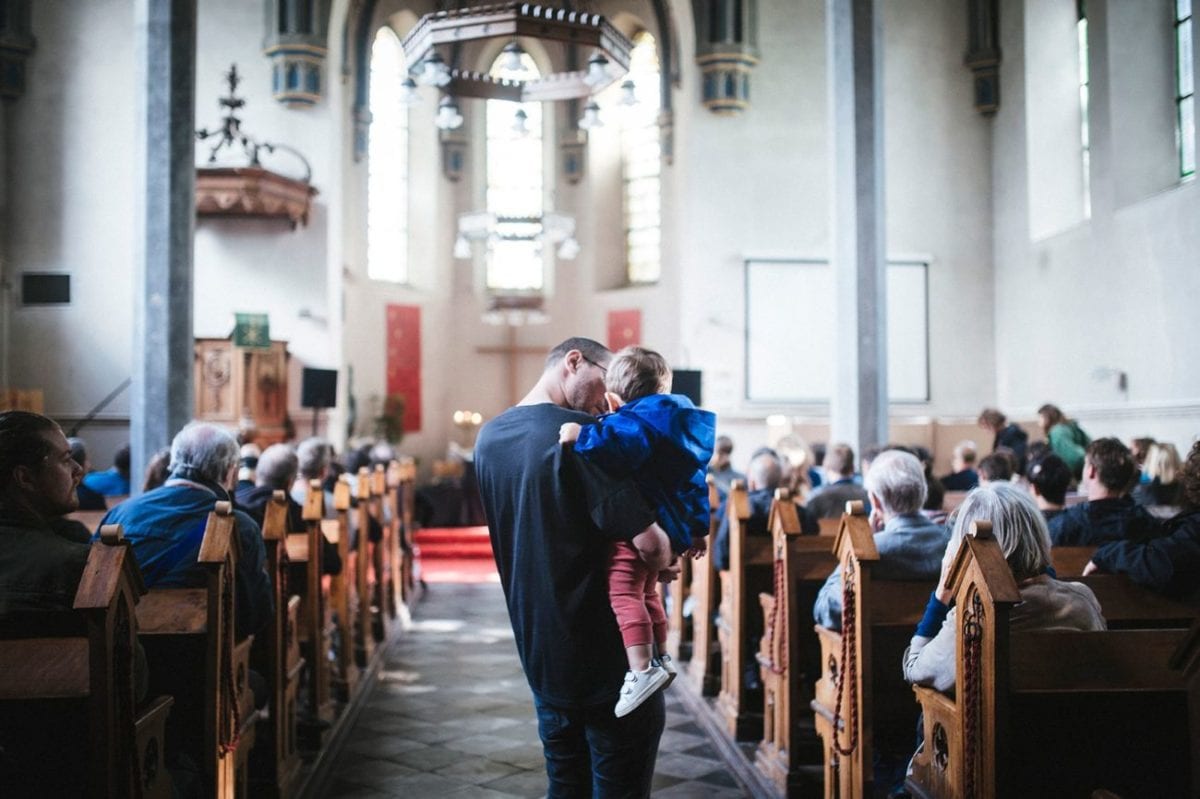 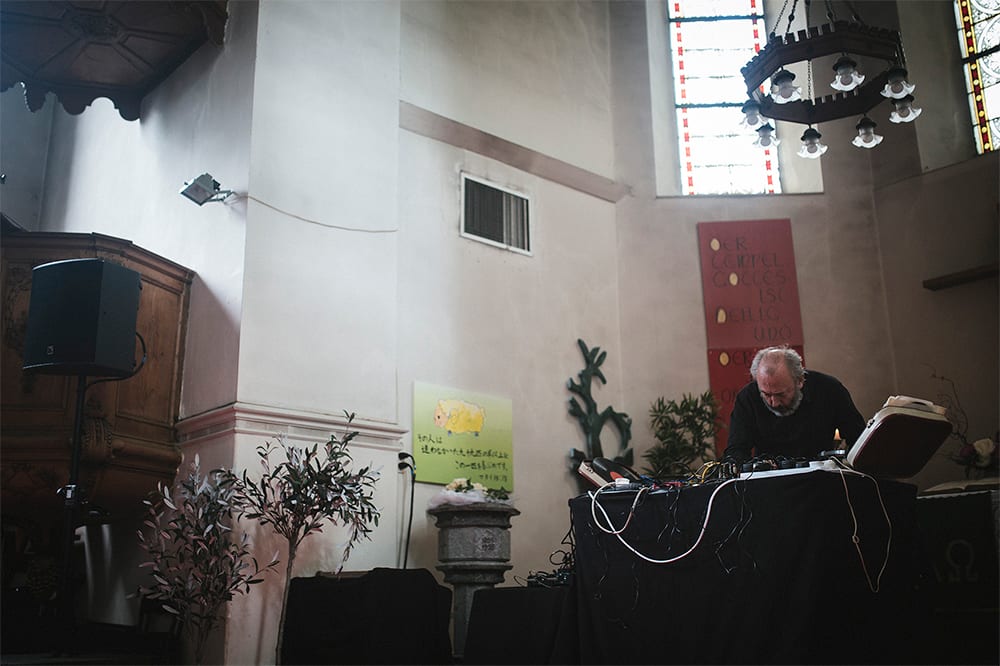 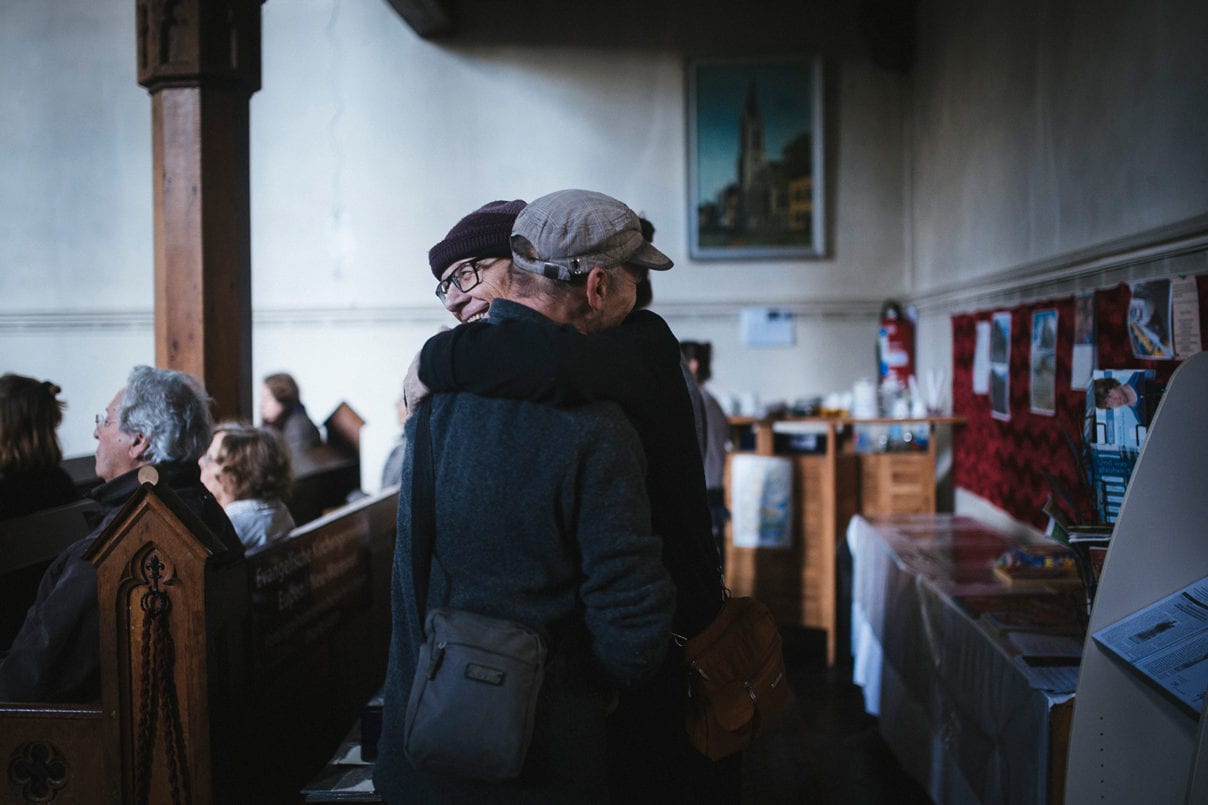 Upon arrival on Friday I felt immediately at ease. The Sun Araw trio welcomed us into the Kühlraum with a freaky blend of psychedelic funk decked out with folk and dub accents. These sounds were so fresh to my ears that I was immediately captured by the festival’s unique atmosphere.

Draped in a deep shade of red, the Heuboden venue hosted Dublab’s sleepless floor, adorned with Persian rugs on the floor and moon-shaped lanterns hanging from the ceiling. Over the weekend Heuboden actually sheltered some startling surprises. On Friday Belgian producer Ogon Batto was a true revelation: sitting like a shaman in the middle of the room with a plasma ball by his side, chanting and playing the organ to engulf you into some kaleidoscopic madness.

Lo-fi house cuts and padded techno later filled the room with the arrival of Brooklyn-based producer L’Estasi dell’Oro. I attempted to dance, but it was a difficult task to shake the Meakusma’s crowd out of their self-induced trance. The mood then moved onto industrial grounds, reaching its peak when FM Einheit and Massimo Pupillo took over the stage. The two artists interacted on stage by playing with drills, huge metal springs and hundreds of screws on a table.

Later that night we experienced some of the most dance-oriented moments of the festival: Ben UFO – also involved as one of the festival’s curators – played one of his signature sets as he rifled through UK bass and garage territories, soon followed by DJ Stingray who stepped up with a proper extraordinary performance – switching things up with ragged house, spacey techno, electro and dub.

US producer Huerco S then delivered a subtle and amazingly deep ambient performance at Kesselraum, gliding through a palette of Biosphere-ish aerial tones. Djrum closed the first day of the festival by bewitching the crowd with some classic cuts from Aphex, ghetto vocals and further dubby moments before releasing all his energy with some intense African music. 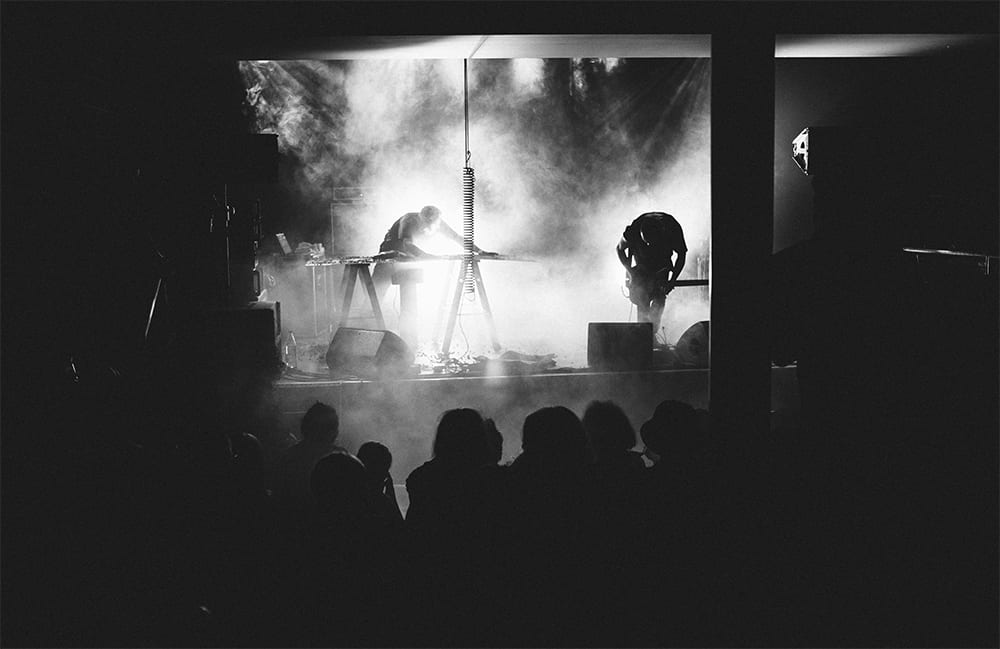 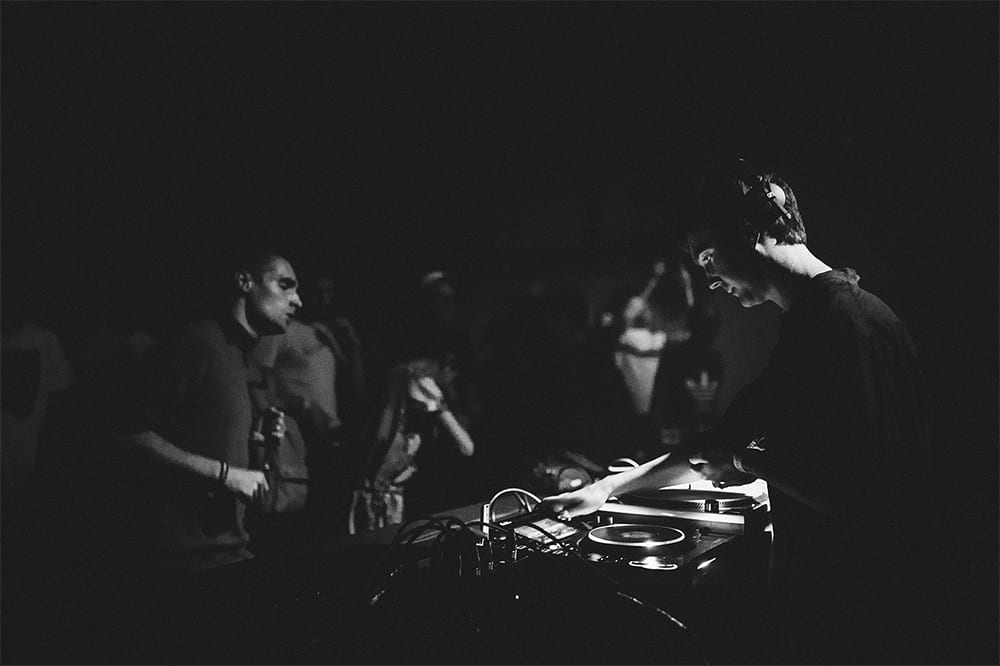 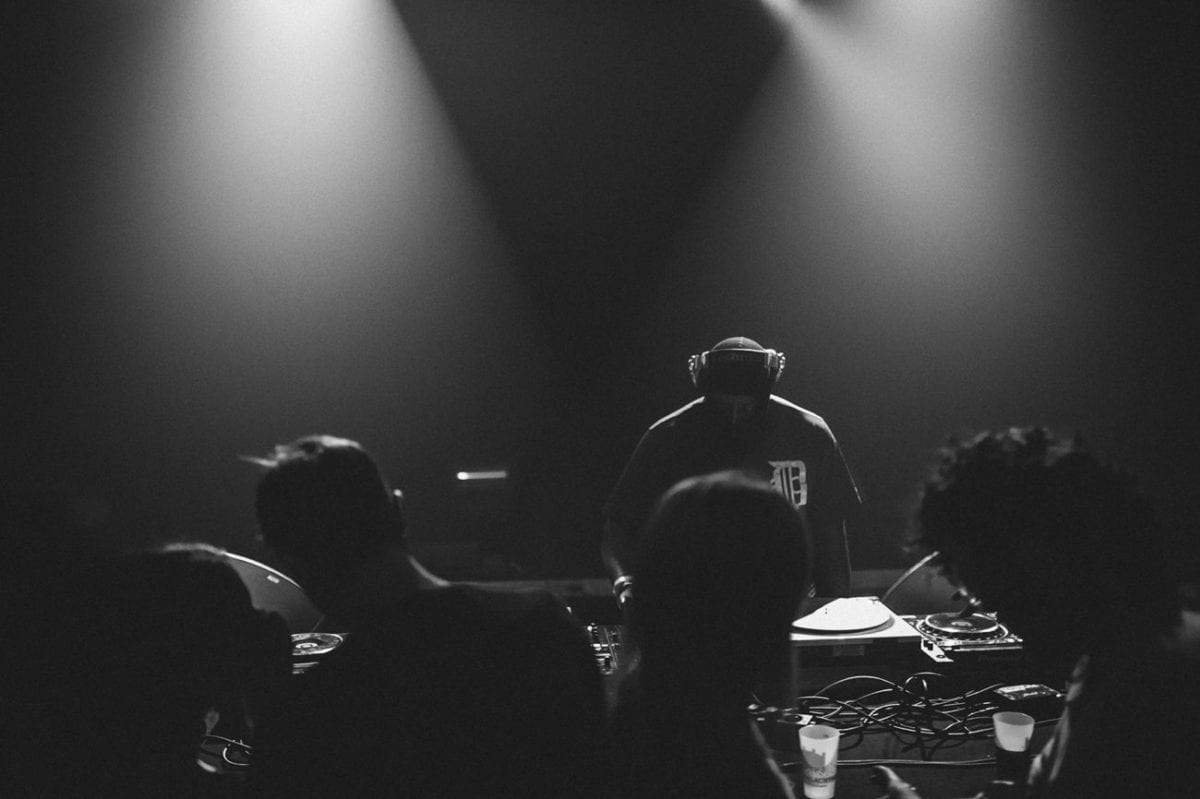 I managed to sneak into the Kesselraum where David Toop was performing, seated before a huge array of hardware. The room was so packed that some of the audience had to congregate outside to listen to his set. I closed my eyes and when I opened them it was as if I was in the middle of a sacred ritual.

One of the most anticipated performances of the festival to me was the Georgia Big Band, scheduled to perform their gig via the “54 Sound” -a handcrafted sound system made by Brussels-based 54Kolaktiv – at the Hinterhof, a blue and white stripped tent pitched in the garden of Alter Schlachthof. It is hard to describe what Georgia, Sun Araw, M. Geddes Gengras, Matt Werth, Kiki Kudo and Blazer Soundsystem did that night: multiform improvisation made of modulated voices, rings on cups, electronic sounds popping up and disappearing… all of them seemed to be in some sort of trance, captured by the electricity in the air.

Later that afternoon I witnessed for the first time the “Phantom Kino Ballet”: an audiovisual drama by Lena Willikens and Sarah Szczesny. The performance combined recorded music from the likes of Midori Takada and Persona with quotations from movie scenes, interview extracts and spoken word with painting and collage in motion.

Another highlight of the festival was the performance of Kacireck Schneider Jenberg. The trio hypnotised the audience and managed to bring out raw emotion from Sofia’s otherworldly voice, Stefan brought the drones and twisted synth lines and Sven his minimalist percussions. Words cannot describe the beauty of their music. In the end, the audience applauded so much that they came back to perform one last encore.

I then went to see Vladimir Ivkovic and ML’s extended set at Heuboden. As per usual, Vladimir’s exceeded all expectations and presented an array of intergalactic music that encompassed Coil and downbeat psychedelia.

Following two days of rain I took advantage of the sun and headed towards Friedenskirche where the British record label Touch presented three incredible live performances from Philip Jeck, Claire M Singer and The Eternal Chord. 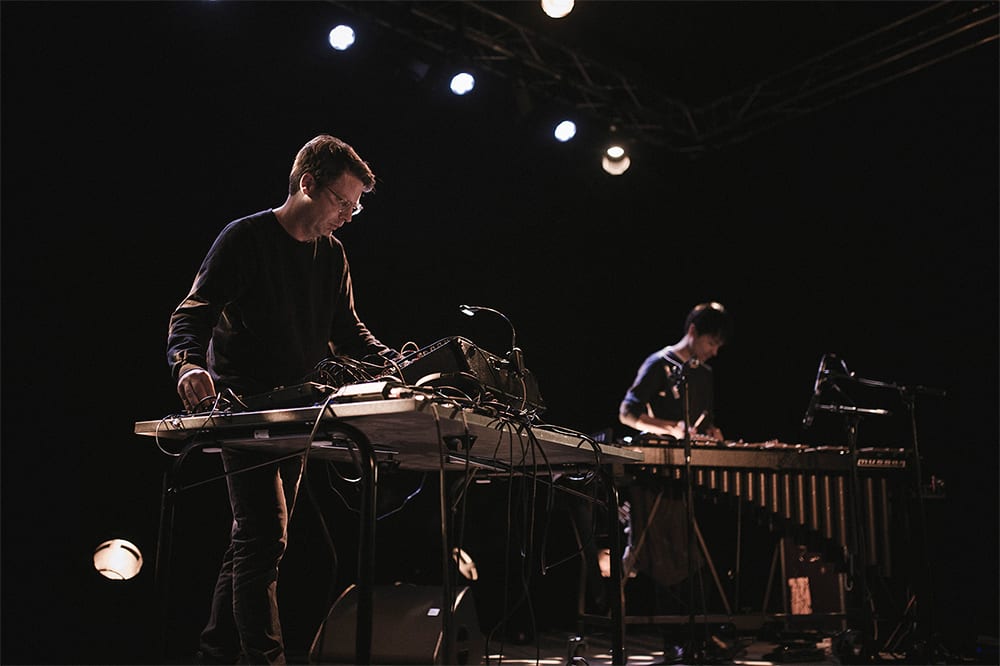 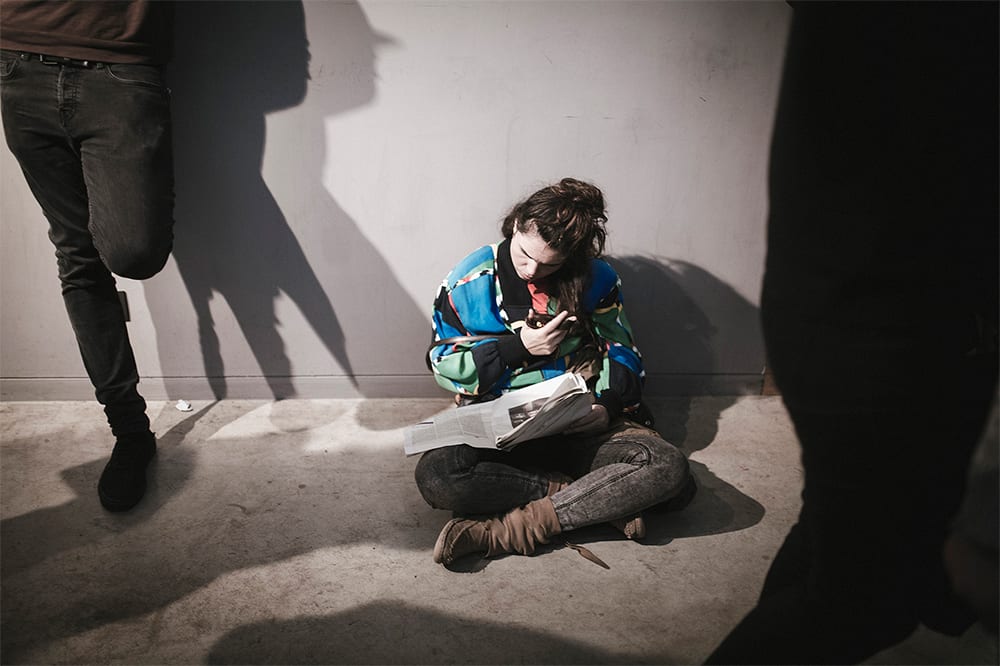 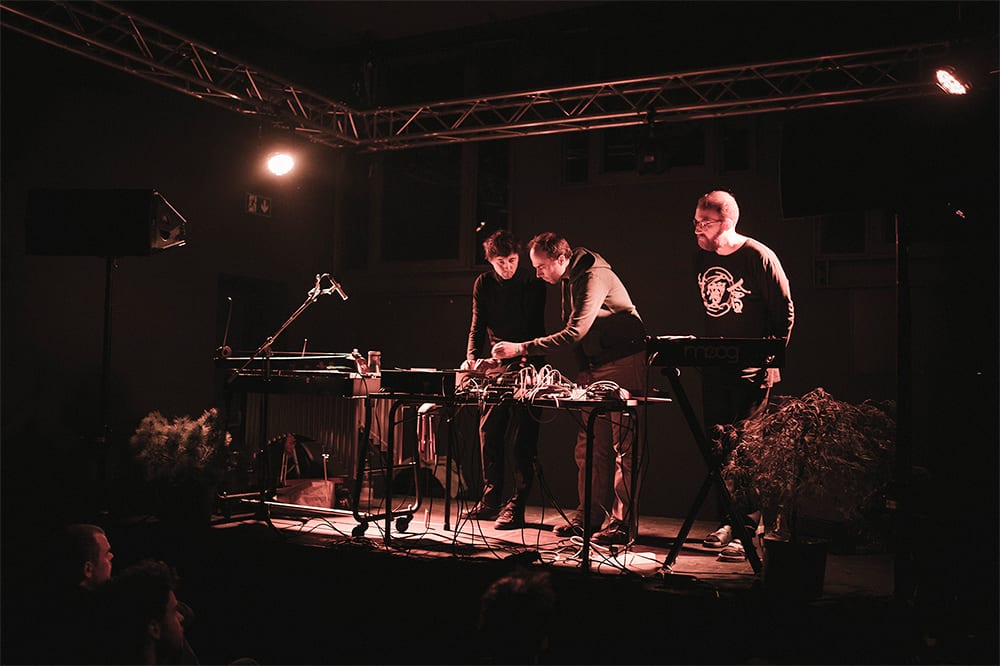 At that point you just start to feel in your comfort zone: no need to look at the program, you just follow the flow of the audience. Lucrecia Dalt inaugurated the Faitiche Showcase with a very touching performance. The Colombian artist used her voice to mesmerise the crowd, dishing out extended blends of warm sounds, melancholic atmospheres and watery melodies.

Jan Jelinek and Masayoshi Fujita closed the Kuhlraum by enfolding the room in a mix of rustling wind and bubbling glitches, occasionally interrupted by the sound of a smoke alarm which was quickly switched off by Lawrence who jumped on a chair to shut it down.

I didn’t know what to expect from the Julius Eastman Memorial presented by Jace Clayton, aka DJ/rupture. In the end two very talented pianists delighted the audience with Julius Eastman’s powerful and dramatic works, a projected Skype call brought the music to a halt, Jace Clayton then answered some questions in a fake job interview – embodying the role of Julius Eastman in an amusement park, while the whole performance was enclosed in a surreal bubble, leaving a strong feeling of anticipation for DJ/rupture’s closing.

Finally I arrived just in time to catch Sky Walking’s performance at the Kesselraum. The elliptical figures of Lawrence, RVDS and Christian Naujoks cast a shadow of the band playing all sorts of instruments, including a Chinese flute and a xylophone, cascading in the form of Dadaist poems throughout the room. It felt too short but was nonetheless a strong performance.

The Jon Gibson Group was definitely one of the other highlights of Meakusma. The ensemble performed ‘Visitations’ – one of Gibson’s most avant-garde pieces from 1973. Ravishing and moving, the veteran artist sat in-between his four incredibly talented peers, each one of them devoted to a series of instruments, mostly percussions; one of them even playing modular synth and flute at the same time. It felt like I was entering a jungle guided by a procession of maenads.

After such contemplative sequences, it felt incredible to dance on DJ/rupture’s reggaeton and world music 2.0 from the likes of Missy Elliott and Destiny’s Child. The Heuboden was on fire, and with all the artists and remaining crowd, I said farewell to what has truly been one of the most superb and interesting festivals I have ever attended. No less. 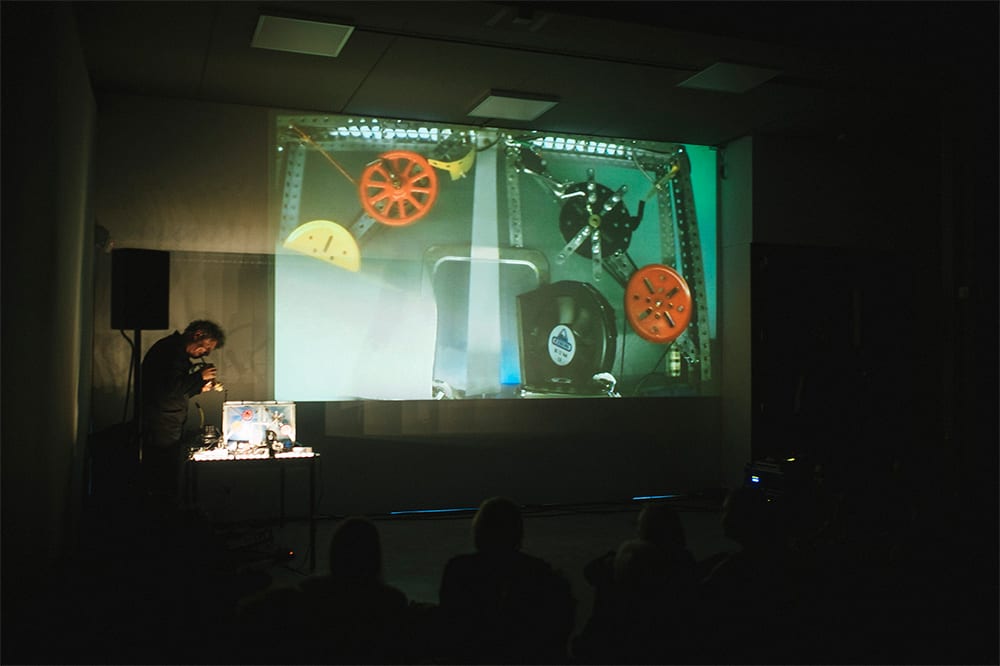 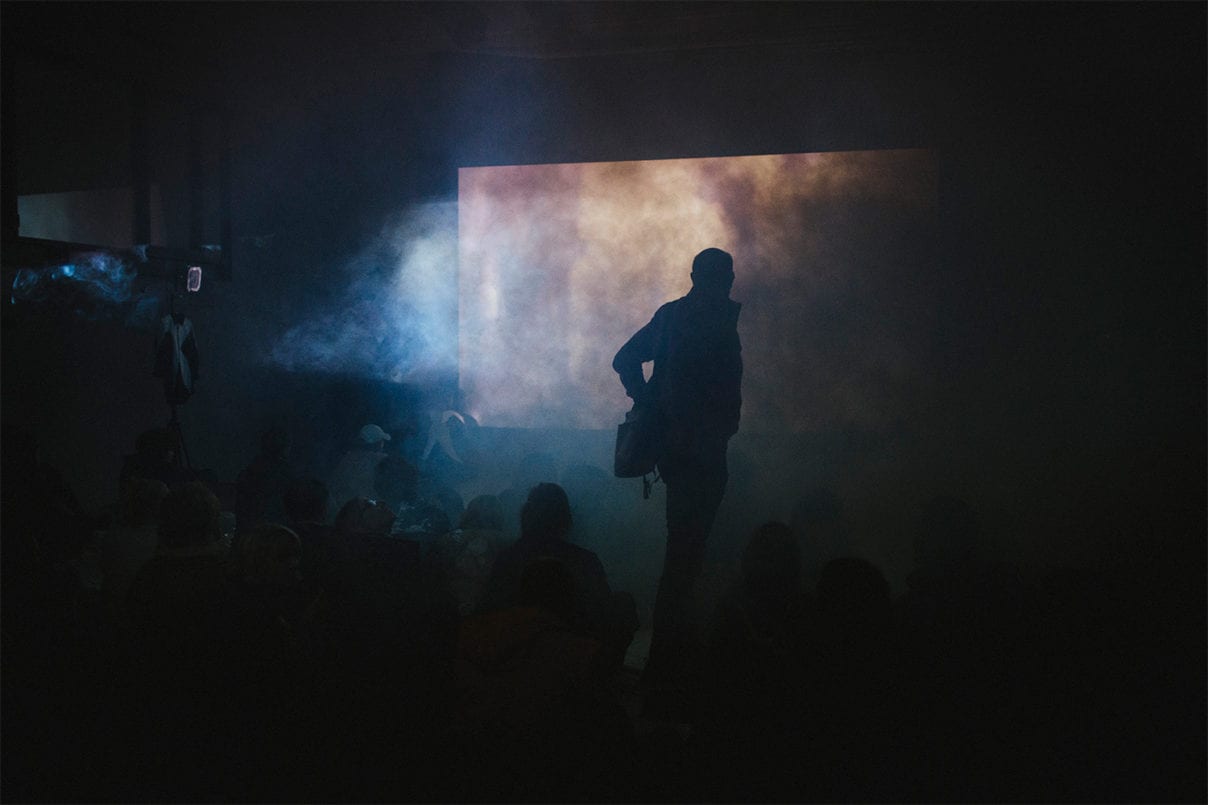 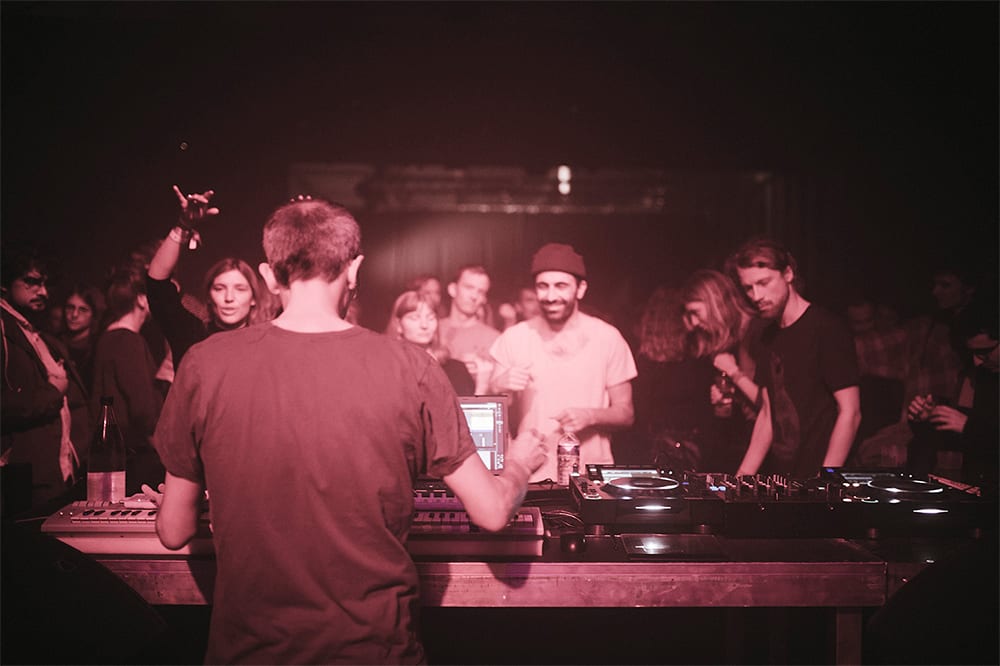