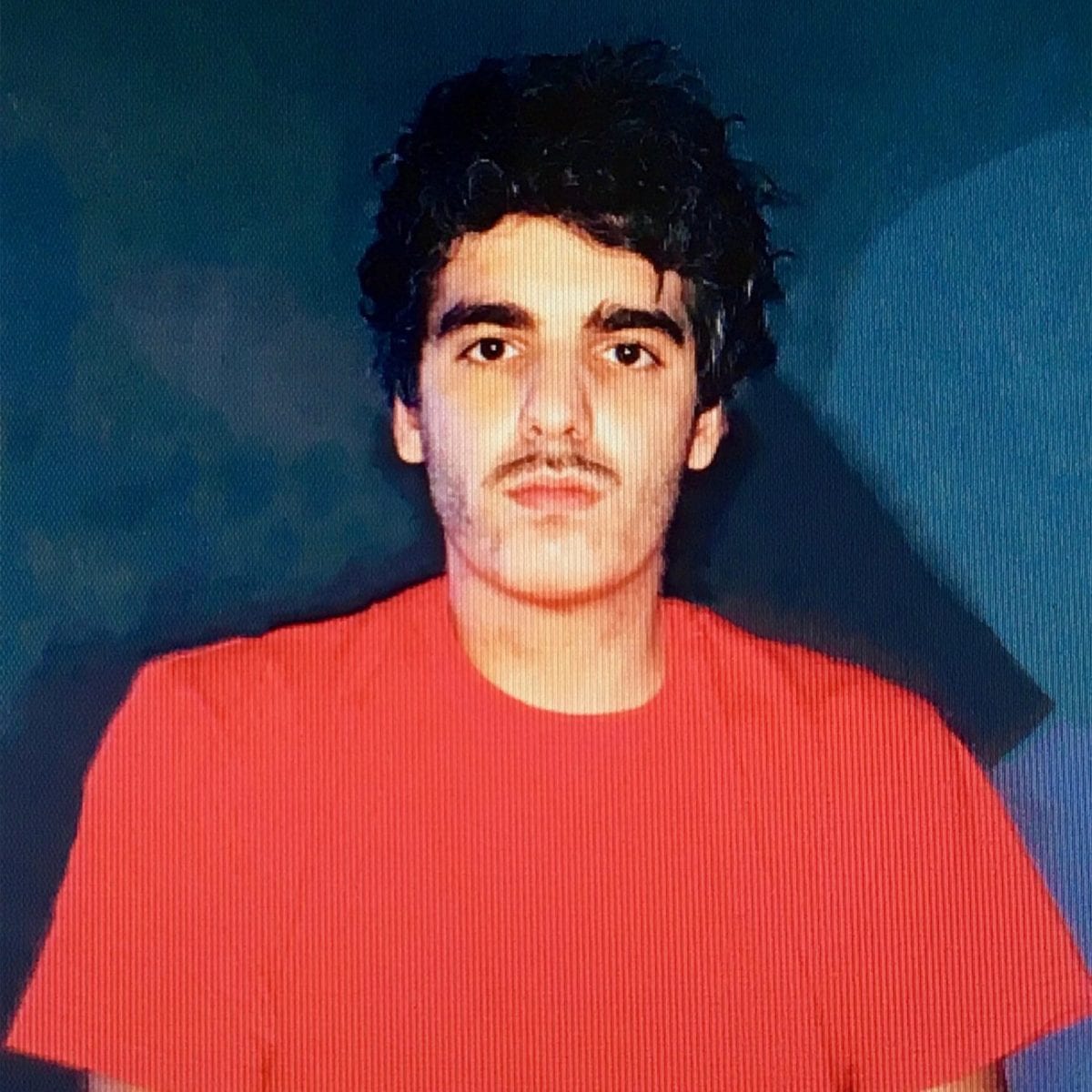 Even though his stage name oozes lost NBA finals and industrial decline, Andrea Mancini aka Cleveland has been on the soaring side of things since the drop of his arresting debut EP for John Talabot’s label Hivern Discs, ‘Atlas‘, released over a year ago and still just as fresh to this day.

After a noteworthy excursion on the Los Angeles-based ESP Institute, which saw him expand the breadth of his musical attributes beautifully, the Italian-Luxembourgian producer returns to the Catalan imprint with the mesmeric four-track EP ‘Crystal Quest‘ – a finely-textured slab of dreamy house and lulling ambiences, elegiac and upbeat in equal measure.

The occasion was too good to miss so we caught up with Andrea to talk up the making of his newest effort, naivety in art as well as his studio modus operandi. We’re also chuffed to present you the delightful title-track, ‘Crystal Quest‘, available to stream exclusively via our channels now. 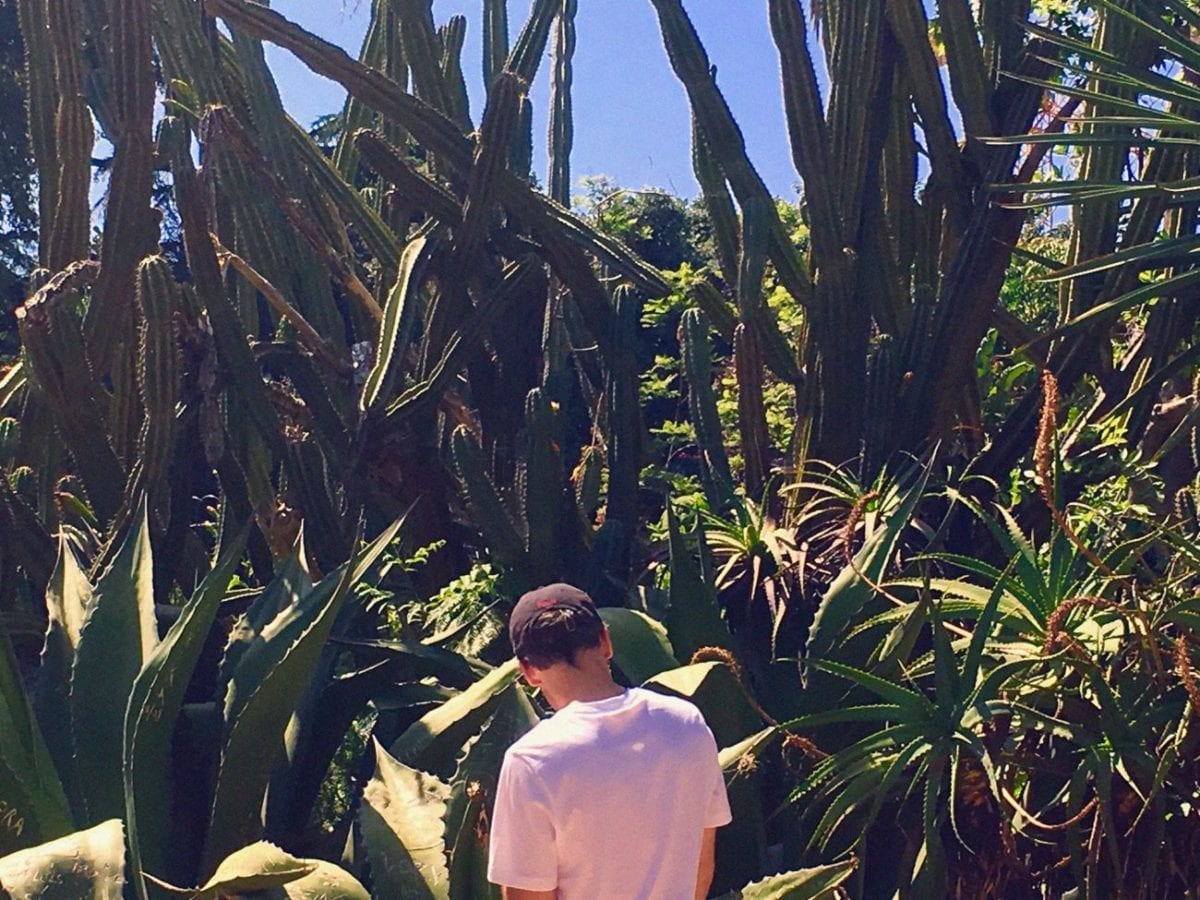 Hey man, you’re back with your second EP on Hivern Discs after an excursion on Andy Hogge’s ESP Institute this summer. How did you approach this new record? Did you feel more pressure than the first time round?

Hello Baptiste! Releasing a second record on the same label is actually quite gratifying; Iʼm often not very confident about my work so having the backup and faith from labels is very helpful for believing in what I do. ‘Crystal Questʼ has a different approach than ‘Atlasʼ, which I think was more leftfield-ish and dreamy with disco elements; though I keep the lush feeling in my productions, I think that this one is more versatile in the moods.

Actually, the three original tracks were written during three different periods, there was probably a year and a half gap between ‘Pay Back‘ and ‘Armando The Lizard‘. The tracks are quite different from each other but the whole package makes sense to me. For instance I like diversity, sensitivity, naivety in art in general; I think this EP reflects those ideas.

As for the pressure: Iʼm still learning and evolving every day and as I get bored quite quickly there is no real pressure I put myself under to recreate the same ‘levelʼ of EP than the previous one(s) because I want it to be different and not “comparable”.

When did you shift from the listener’s perspective to that of a producers? Do you remember a moment when you said to yourself, “that’s it, I’ll make my own tracks now”?

I think that happened when I was around 16 years old; I was hanging out with friends from the European school and all of them were playing music in indie pop/rock/psychedelica bands; going to many local concerts… etc. That was the moment I decided to buy my first synth (Microkorg) with which I jammed along with my best friend at that time.

Then we started a duo project and at some point around 2010, when I moved to Brussels, we were not neighbours anymore so I started to make music on my own which was very liberating, which ultimately lead to ‘Clevelandʼ surfacing at the end of 2012.

Your music evokes calm and balmy climates, like slipping from the “real” world into lushly-forested dreamscapes. Is it something you feel when making a track in the studio? Does the act of creating a tune bring along a feeling of quietness in you?

I think if you take the musical creation as some kind of healing process I would totally agree with this view. I never “decide” to make a track and then release it. I make music every day, and there are many more days when I donʼt record or save what I did because Iʼm not transcended. But ‘atmosphereʼ really matters to me, and itʼs a key part of my creativity.

By atmosphere I donʼt mean an ocean sample or an ambient pad, but think more of a mood/mindset/mind context of the music. It might sound quite abstract but when you try to be honest with your feelings and try to express them via your own music you (or I) also try to express the context in which you find yourself at that specific moment.

Sometimes I create these moods because I need them at that moment. Like seeking for warmth when you feel lonely in a small, cold studio, seeking serenity in moments of anxiety… etc. Making music definitely brings inner-peace, strength and is an emotional supplement to life.

What’s your studio comprised of at the moment? Any piece of gear in there that you’ll never get tired of?

I have a small studio setting: 4 synths, some are analog and some are digital, my favourites right now are the DX100 and the Polysix. I use the Octatrack quite a lot right now, not with this release, but all the recent tracks were made with the OT. Nord Drum is fun too, especially with the OT. 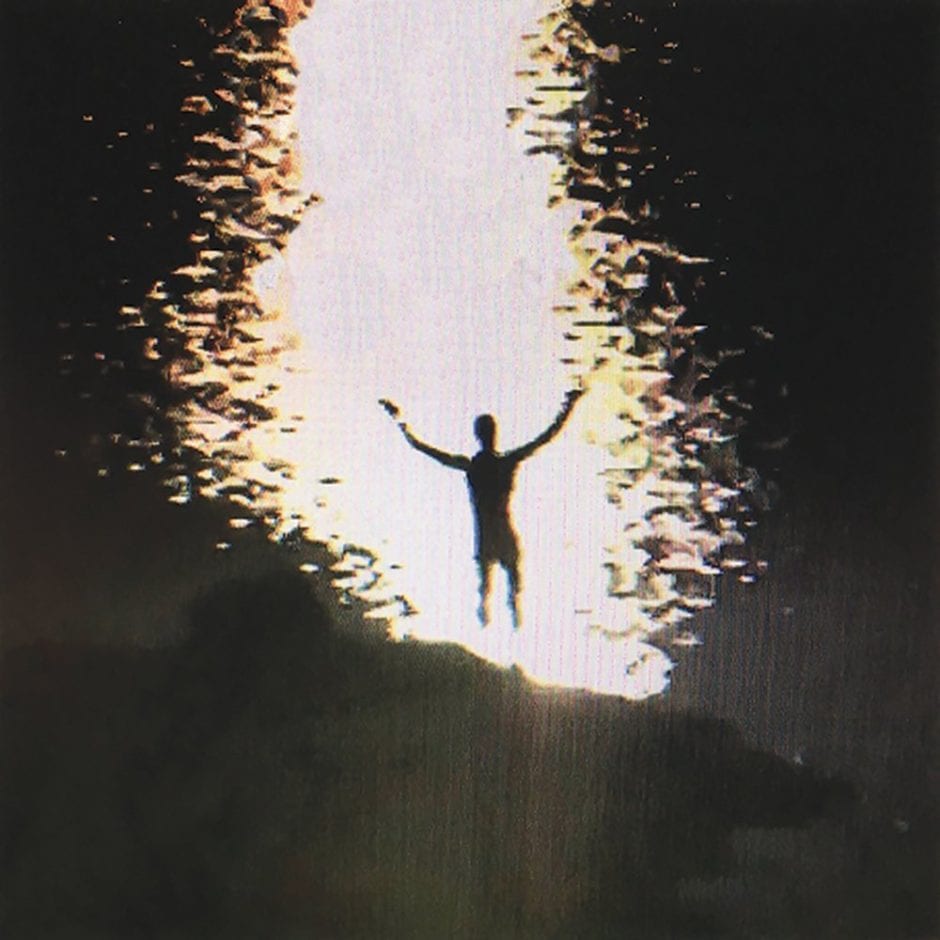 Are you an analogue head? Or do you like toying with VSTs in equal measure?

I donʼt care if itʼs analogue or digital. I like cheap naive digital sounds, they sometimes have more warmth or heart than analog stuff. As mentioned above I use my DX (digital) and Polysix (analog) quite often right now so itʼs a right balance. FM synthesis in the DX is very interesting and you can be very adventurous with it and somehow create your own sound.

I also use Ableton as a DAW, which I count as an instrument. In Ableton I use some effects on Max For Live; some reverb/echo effects are really good there, no vst synths though but a lot of sampling; from my own jams, recording and the internet.

You’re based out of Brussels, which is undeniably a hotbed for creative practices. How does the cities vibe inflect your work? Are you particularly receptive to your surroundings, artistically speaking?

The vibe of the city is quite good right now, there are really nice collectives, radio shows and small labels who are friends and bring good stuff (music, releases and parties) to the city. There was a down period 4 years ago but right now we have definitely been going up again since 2 years I think.

Unfortunately there are not that many opportunities to play here, I would love to play more in my city. Iʼm quite receptive to my surroundings, I really love my neighborhood of St Gilles which feels like a small village where I can be near all my friends, close to good record shops, nice parks, restaurants, markets and really good galleries. The energy is quite peaceful, harmonious which is pretty helpful for creativity.

Which artists have had the biggest influence on you?

It were locals who have influenced me the most. First of all passionate diggers who made me discover amazing records, labels… etc. Then also, when I arrived in Brussels 7 years ago it was the end of a really good era: amazing parties in galleries or railway stations, which were very inspiring.

Art studies have also had a big impact for me. This sounds quite didactic but I had a not-so-artistic-background in my youth which is why I got most of my artistic references quite late and some of them thanks to that school in Brussels.

It opened my eyes and broadened my horizons considerably. Luckily the school was quite open-minded and many professors were interested or connected with the local electronic music scene. To name one: Lawrence Le Doux, my graphic design teacher in the first years of my bachelor degree.

Getting to know him has had a big impact on my perception and sensitivity towards music. He also released a gorgeous LP on HVNX, Hivernʼs sublabel, check it out! Of course I could also name Ennio Morricone, Ryuichi Sakamoto, Nobuo Uematsu (Final Fantasy OSTs), Brian Eno among many others.

I went to Rush Hour in Amsterdam before my Red Light Radio show. I had no time to dig at the shop, so I ordered the record during my bus ride to Amsterdam and picked it up straightaway and then played it on the radio. It was the last Born Free record by Samo DJ & Baba Stiltz, ‘Born Free 28‘.

What is the end of the year holding for you?

There is a track due out on a VA record via the Paris/Copenhagen-based label of a friend, which might come out before end of the year, not sure yet. Also got new tracks for an eventual new EP to be confirmed in the next weeks. Playing some DJ gigs in Europe, USA debut, Beats In Space, Mexico tour and thatʼs about it! I should also be working on a new live show for 2018 if time allows. This and also my ‘Planet Cleveland‘ show at Red Light Radio.

Crystal Quest is out now, order a copy from Juno.

A1. Pay Back
A2. Armando The Lizard
B1. Payback (Samo DJ & Pedrodollar Remix)
B2. Crystal Quest

Discover more about Cleveland and Hivern Discs on Inverted Audio.