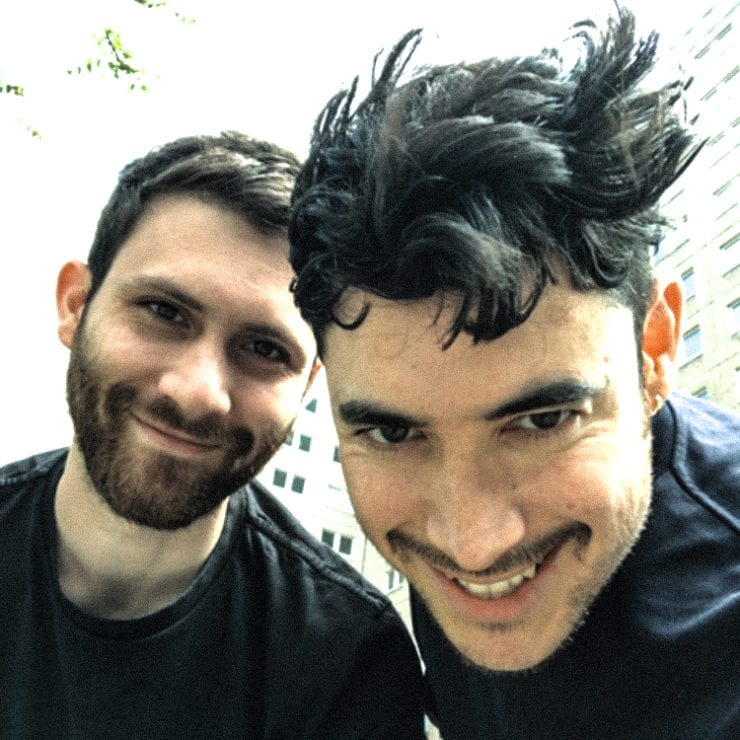 To help celebrate the release of ‘King Of The Sewers’ EP on Monnom Black, we caught up with Berlin-based producers Dax J and UVB for a quick-fire interview in order to learn more about the intricacies of their studio collaboration and how the love of 135 BPM techno helped forge their friendship.

To coincide with the interview we are also happy to present the full-throttle premiere of title track ‘King Of The Sewers‘. Listen to the track below and make sure you catch Dax J play an extended 8-hour set in London at FOLD on 5th October. Lock and load. 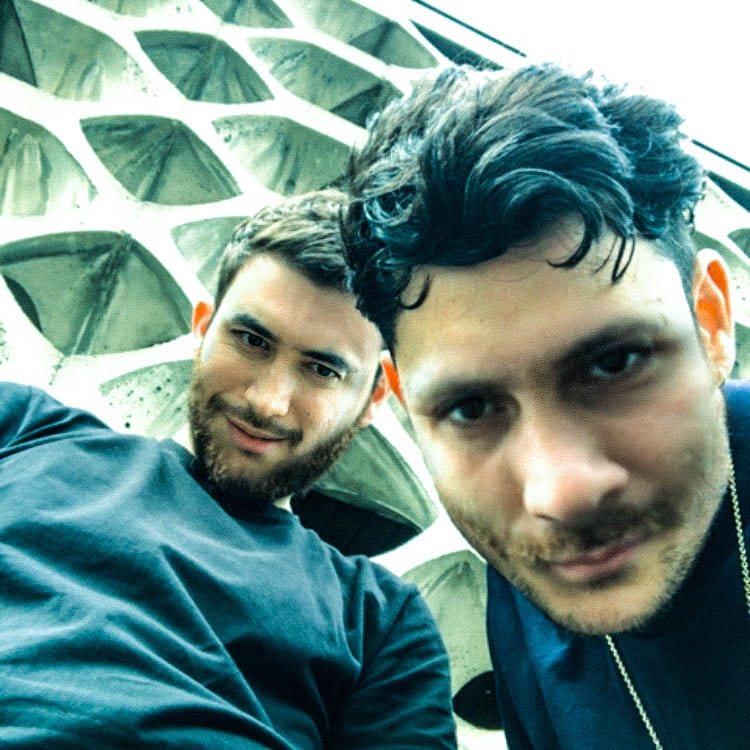 First up – do you recall how and when you two first met in Berlin?

UVB: I think it was about five years ago at a friends place, or Dax’s ex’s place?

DAX: Yeah it might have been there or at Suicide Circus? I think it was Charlton who played. It was definitely in 2014, I had just moved to Berlin and honestly it’s all a bit hazy.

Was it immediate that you shared a similar passion for techno?

UVB: It was pretty quick yes – we were both loving and playing out the harder and faster side of techno at a time when 135bpm was considered very fast! That’s a pretty strong bond!

DAX: I remember when I first heard Seb’s EP on Mord. It sounded very fresh and when we met I immediately asked him about what machines he used to produce it.

When did you first step into the studio and start producing music together?

What production methods, tips and tricks have you picked up from one another?

UVB: For me, Dax’s way of working is really inspiring, he’s very efficient and straight to the point. For example, dumping things that don’t work instead of trying to make them fit for ages and ending up trashing them in the end…that’s something I have done way too much in the past!

DAX: Seb is detailed and precise, he works a lot on things such as stereo spacing, layering sounds, using the full frequency spectrum and width, something that I often overlook.

Were these tracks written in a short blast / live jam, or were they pieced together over a long stretch of time?

UVB: A bit of both, we start all tracks with a jam, then we try different combinations and rearrange everything afterwards on the computer.

DAX: Yeah all as jams initially. At first we thought the tracks would be ready in a couple sessions, we make about seven sketches very fast, but in the end finalising the tracks took a lot longer than expected.

Tell me about what studio equipment was used to compose King Of The Sewers EP?

DAX: Also a Moog Delay, a bit of Seb’s modular setup, D50, Moog Model D and probably some other instruments that we’ve forgotten about.

Dax, you’ll be performing an extended 8-hour DJ set at FOLD in October, I assume that you have not been to the club before – what are your initial impressions and expectations of the venue?

DAX: I’ve heard only great things from many people, so my expectations are sky high. It’s the only reason I agreed to do an 8 hour set, because i’m certain it is going to be an incredible DJ experience for myself and for the people coming. I am very good friends with the team behind FOLD and people who built it – we go back many years – so I have every faith in FOLD to deliver.

I’m intrigued to know what your impressions are of the current state of the electronic music scene in Berlin – what are you enjoying about it and what are you not?

UVB: I’m enjoying the diversity of artists and styles with a very high level of production and originality. I’m not enjoying that music doesn’t seem to be the most important thing anymore. It is sometimes (a little too often) popularity over quality and it leads to all sorts of negative behaviours for creativity and art in general.

DAX: Berlin is still the number one spot in the world for electronic music, specifically techno! Generally it seems healthier than ever, I feel the culture here will always remain like this. Many people fight to make sure Berlin remains free, and so that it continues to remain a hotspot for music art and culture. And yeah with negatives I’d agree with Seb – in general it seems like the focus on music has been lost a bit in recent times.

‘King Of The Sewers’ EP is out now. Order a copy from Bandcamp. Dax J plays in London at FOLD on Saturday 5 October 2019.