Ahead of 10 Years of Inverted Audio with Kassem Mosse, Low Jack, Antepop and Elise at Griessmuehle – our founder and editor-in-chief Tom Durston was interviewed by Alice Austin to open up about the origins of Inverted Audio and give insight into the coining of the name and the founding principles of the magazine.

It’s a beautiful sunny afternoon in Berlin and I’m standing in the hallway of Tom Durston’s apartment in Neukölln. He’s originally from Leicestershire so the first thing he says is “Do you want a cup of tea?” and the second thing he says is “Keep your shoes on. I assume you haven’t walked in dog shit.” As I’m about to find out, this exchange is a succinct representation of Tom: friendly and candid. 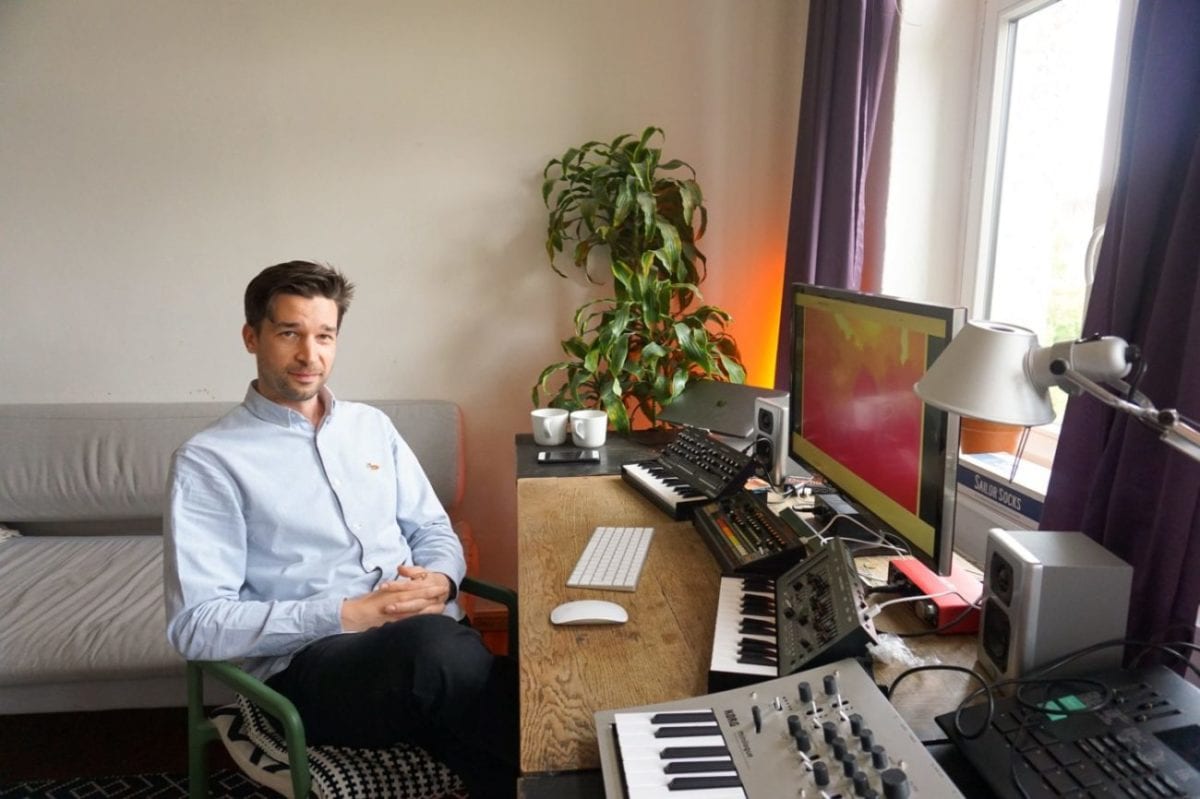 The story of Inverted Audio

We sit outside on his ivy covered balcony and he tells me: “After studying at the University Of Leeds, I moved to London in 2008 to work a sales job selling advertising space for a jobs board,” he says. “I worked there for nine months and hated it. I got made redundant because the company ran out of money and folded. My girlfriend at the time broke up with me and I had just signed an 18 month lease on a flat in West Kensington with a friend. But after four months of living together, I found out that he was smoking heroin and his behaviour and character spiralled out of control.”

To escape the situation Tom moved back to his parents house in Leicestershire. “It was on Boxing Day that I registered the domain and set up a Blogspot named Inverted Audio.” Tom wanted a platform to write about the music that he liked because he didn’t feel that anyone else was championing it. “I set up a series called Essential Music Series and wrote a piece on Jimmy Edgar when he was producing his more glitchy and IDM music, specifically his Kirstuit Salu and Morris Knightingale aliases when he was releasing through Merck and Warp.”

It starts to rain so we move inside into Tom’s studio. In classic Berlin style the ceilings are as high as the room is wide and the space is flooded with light. His desk is immaculate with drum machines sitting alongside monitors and synthesisers; a visual representation of his life and work. One wall of the room is dedicated to his DJ set-up and records, a collection that dates back to his early teenage years.

Tom’s passion for music pours out of him along with a litany of the early labels and artists that inspired him. He was 14 years old when he first saw Chris Cunningham’s music video for Aphex Twin  ‘Window Licker‘ and he’s been hooked on electronic music ever since.

“When I was 15 years old I’d go to BPM, HMV and Rockaboom Records in Leicester and buy Jungle, Drum n’ Bass and dub plates. I was mostly into Jungle, but I’d buy vinyl from Ram Records, Metalheadz, Full Cycle, Moving Shadow, Dread, V Recordings, Hardware and many more — I’d also buy cassette packs from One Nation, Telepathy and Slammin Vinyl to listen on my Walkman.”

Tom went on to study History of Art at the University Of Leeds where the raw, late ’00s nightlife helped shape Inverted Audio as we know it today.

“The name Inverted Audio comes from when I was writing my dissertation about psychedelic art,” Tom explains. “I came across this surreal American artist called Fred Tomaselli at an exhibition in 2006 called “The Summer Of Love” in Vienna.

His artworks are essentially mixed media collages of LSD induced visions. One of his early works is called ‘Eyes Inverted in Endless Audio’, and for some reason that just stuck into my head. When I came to registering the domain and setting up a Blogspot, ‘Inverted Audio’ popped into my head — it just sounded right.” 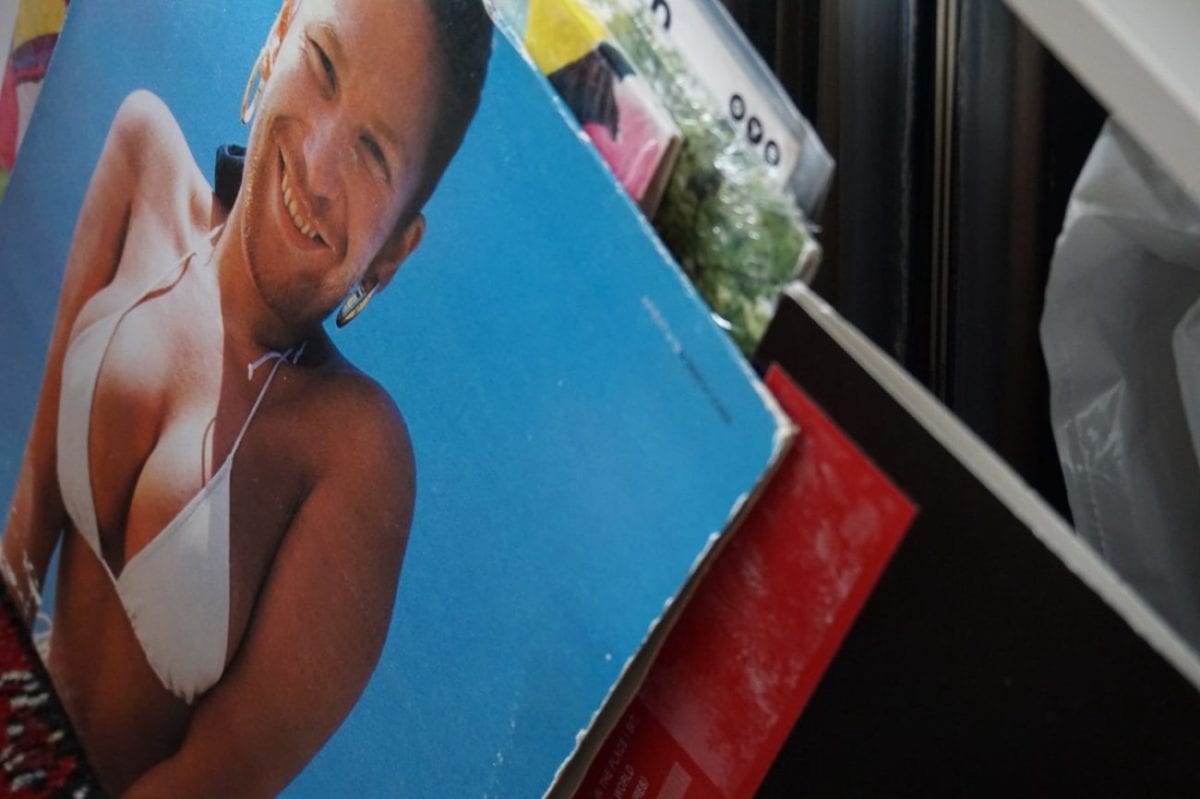 Now Inverted Audio is a global platform for writers, photographers, videographers and developers to contribute their work. “I have a deputy editor called Baptiste Girou — he is quite simply the very best in the industry. He lives in the middle of nowhere in France and despite not being English, is an absolute wordsmith. I think if Baptiste wasn’t involved Inverted Audio wouldn’t have lasted.”

Inverted Audio gives writers a platform to cover the music they’re truly passionate about. “I don’t block writers from publishing articles. They’re experts in their field and I trust them.” Tom says. “I check over all articles before they go live, so I can make sure all formatting and HTML is correct. We also have a private Facebook group, so that all the writers and contributors know what’s going on. I share promos and other matters that need to be discussed with the team — I can then schedule articles, arrange press trips and plan ahead.”

Since 2008 Tom and his team have produced an array of films — including a series for Dekmantel and Village Underground. Inverted Audio also conceptualised and curated a stage named “Campfire Headphase” at Farr Festival in 2017 and 2018.

They’ve accompanied Joy Orbison to Crystal Palace to visit his childhood haunts, even interviewing his uncle Ray Keith, and they’ve visited the Swiss Alps while filming Sassy J in her hometown of Bern. Over the last 10 years there’s no corner of the underground that Inverted Audio hasn’t reached. 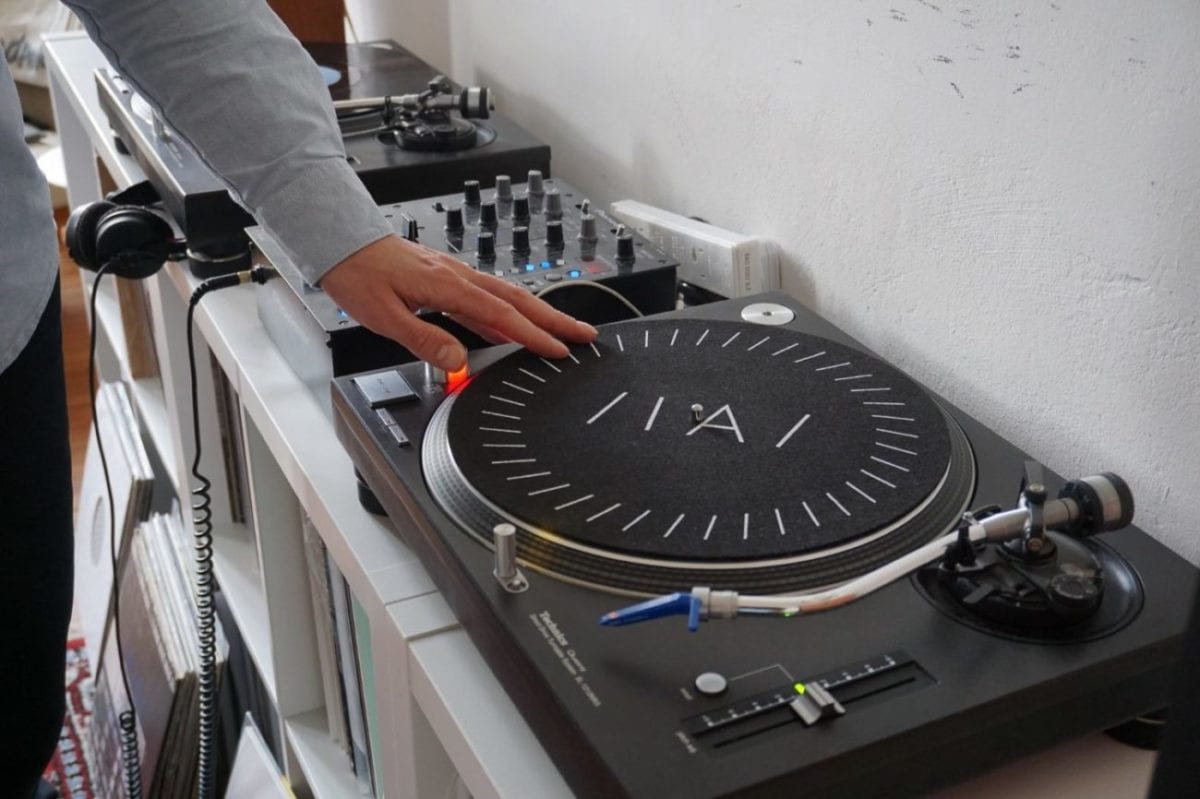 Tom went full time with the publication in 2013. “The evolution of Inverted Audio… It’s almost like once you start something you don’t want to give up on it. You’re never going to make millions, but it’s a passion project for sharing musical knowledge and that’s what it’s always been about.”

To fund the website Tom works directly with music festivals, clubs, promoters, PR’s and record labels. “We’ve invested 10 years of hard work and networking to build up a strong and loyal audience that understands what we do — so why go to a PR company? Just come straight to us.” 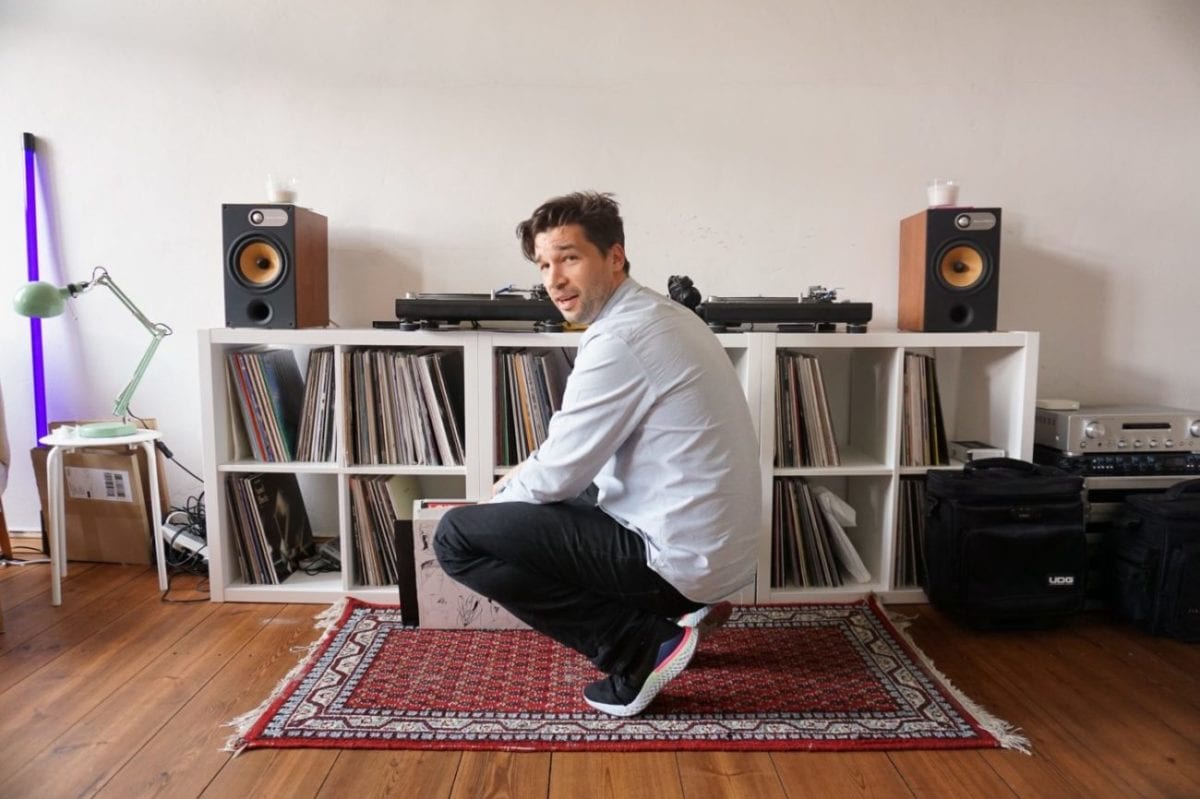 “Inverted Audio gives voice to the underground,” Tom says. “By that I don’t mean solely underground music. It’s for people who’ve maybe had a 12” vinyl released or their first album. We want to give people the recognition they need to step up to the next level. The music we cover includes techno, deep house, experimental, IDM, electronica, industrial, noise — the weirder the better.”

Tom doesn’t focus his attention on artists that already have a global following. “I just don’t see the point in promoting those artists — other publications can pick that up.”

Inverted Audio champions community. The spirit of the publication is to support grass roots talent and celebrate underground veterans. This means there’s no rating system in place when reviewing music. “If it’s on the website, it’s good — end of.” Tom says. “In my mind there’s very little point in publishing negative reviews. If you give a review a 1/10 rating, then you’re burning bridges and tarnishing the label, artist, PR and their fans with bad vibes.” 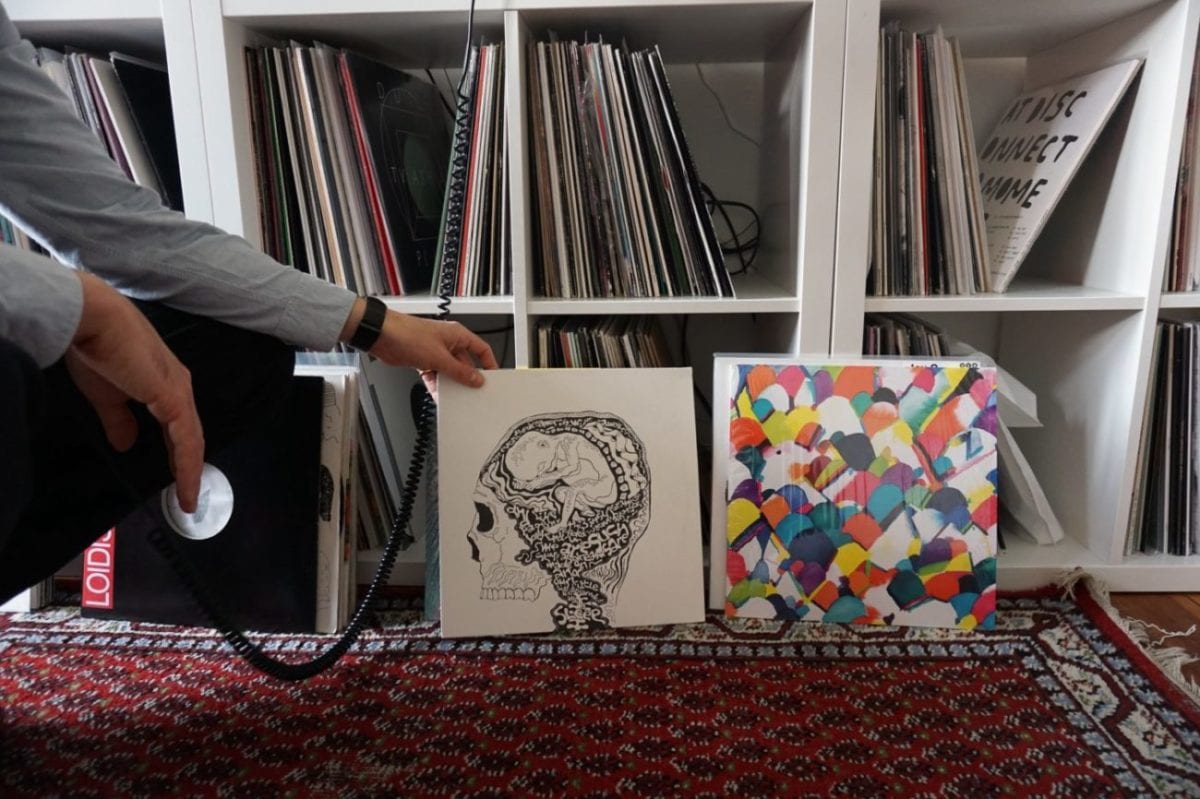 On Visual Arts, Film and Spaces

All content on Inverted Audio, right down to the design of the website, is anchored in appreciation of art and graphic design. In fact visual arts are just as big a part of Inverted Audio as music. “As I studied History of Art, the visual section has always been there — I love music videos and all other visual things that are rooted in electronic music.”

Often Inverted Audio will feature musicians who create visual art alongside their music. “I’m a big fan of Wolfgang Voigt’s Gas project,” Tom says. “I did a visual feature with him in 2011 about his art rather than about his music to expose a different side of him — we spoke about art theory, popular culture, American Abstract Expressionism, his other aliases and what other visual artists he takes inspiration from. Studying History of Art taught me about judgement of taste, how to analyse and critique.”

When funding allows Inverted Audio make films. “That’s what I want to do a lot more of,” Tom says. “But we need people who believe in what we do and to help realise and fund these projects.”

Most recently Inverted Audio teamed up with FOLD, a new nightclub and events space in a former printing factory that opened in East London in 2018. Tom commissioned his friend and video artist Rebecca Salvadori to create a 10 minute film exploring a 24 hour experience in the club, the team behind FOLD and the spirituality of clubbing and music. “We wanted to make something completely different for this film and to portray it in a raw and industrial aesthetic.” The result is Inside Fold:

Since moving to Berlin in 2018, Inverted Audio’s scope and reach has increased. “One thing I’ve noticed significantly is in London a lot of people expect promotion for free. But in Berlin the music industry is what powers this city, so there’s more focus on business. People are happy to invest in order to reach our audience.”

Inverted Audio recently launched a section called Spaces. “It’s a new feature series in which we visit the clubs, record shops and cultural spaces that are making waves in our scene. I want to feature more places in Berlin before they close down.” Tom says. “There’ll be a time when even Berghain will close. Nothing lasts forever and it’s important to document these happenings before they fall.”

Tom’s passion for music in all its forms and his relentless support of the underground has provided a platform for DJs, producers, labels and artists to flourish. Many have a lot to thank Tom’s publication for — and I speak for the entire industry when I say happy 10th birthday, Inverted Audio. See you on the dancefloor. 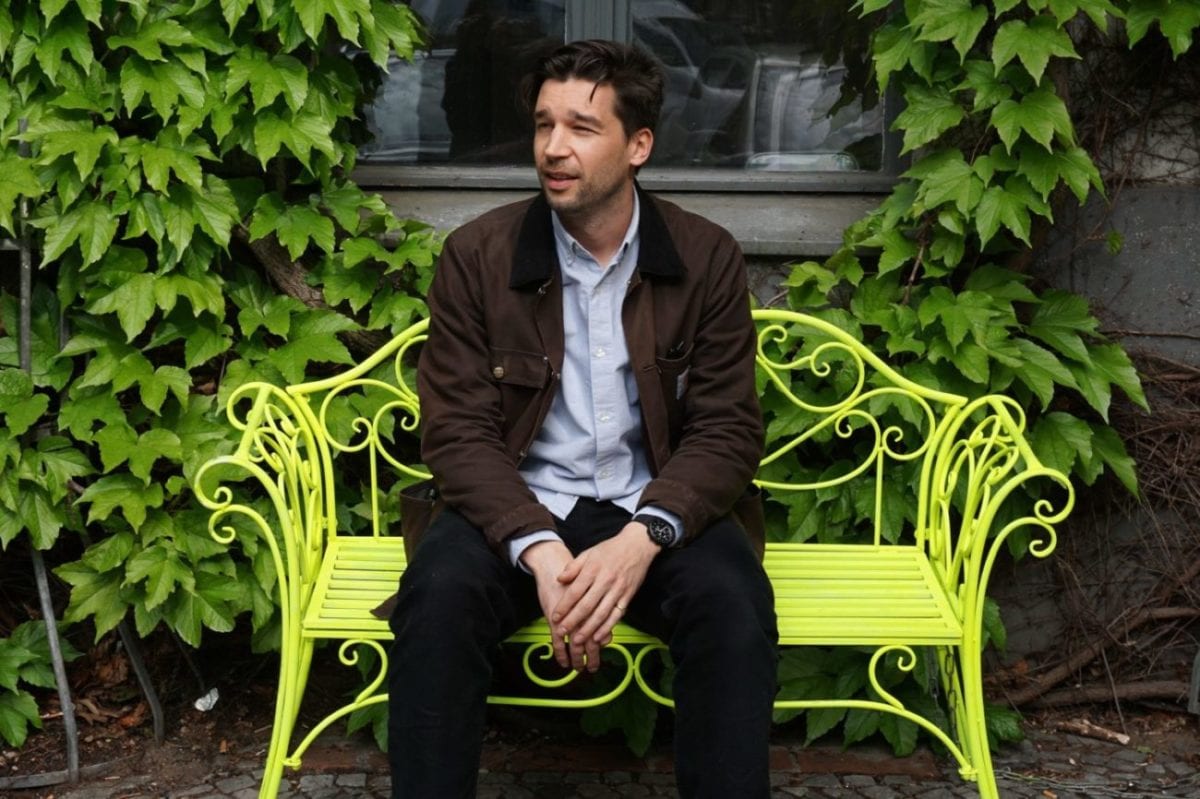