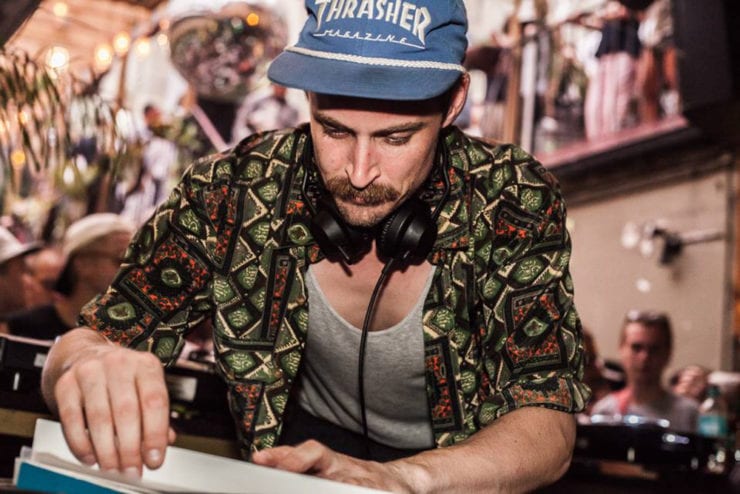 If his first official record came out in 2010 via Prins Thomas’ Full Pupp, the musical journey of Henning Severud, alias Telephones, goes back much further in time – back in the late ’90s when his hometown of Bergen, Norway, was budding with an incredibly talented pool of producers and skillful DJs, driven forward by then local legends-in-the-making Bjørn Torske and Erot. The rest is history.

Having earnt his stripes as one of today’s deftest disco-house manipulators with releases for Sex Tags UFO, Running Back, Klasse Wrecks and Love On The Rocks, Henning recently launched his own imprint, European Carryall, with a first volume of archival works, unearthed from long-lost boxes of CDRs that were gathering dust in his childhood home’s attic in Klokkarvik, on the island of Sotra.

Eager to find out more about the ins and outs of the label, we caught up with the ever hearty Henning in between two gigs to discuss the freshly-released second episode of his time-proof club ventures, ‘From The Vaults 1998-2018 Vol.2‘ and more. Stream the laid-back coastal house groover ‘Mariner (9.9 Mix)‘ down below. 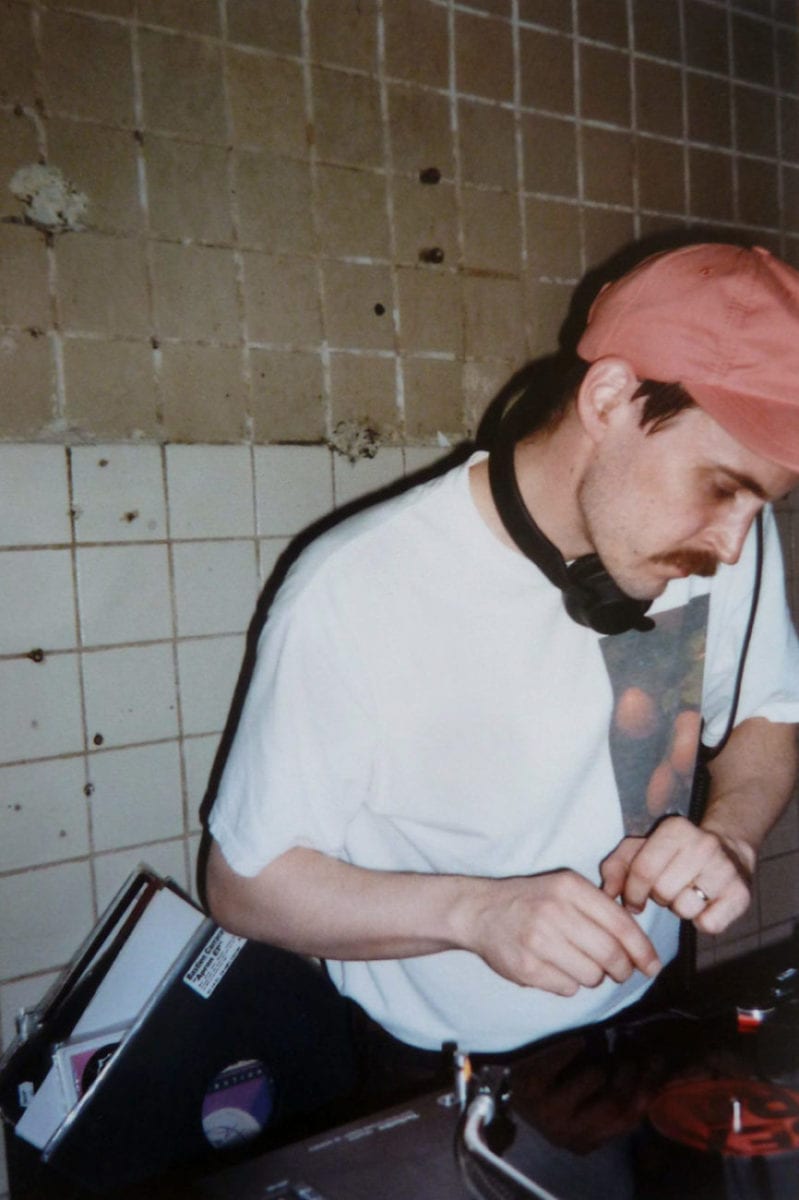 Hey Henning, thanks for taking the time to answer a few questions. First things first, how do you feel today?

You’ve recently kicked off your new label, European Carryall, with a first volume of unheard material from Telephones’ well-kept vaults. Please tell us more about the label’s genesis and aspirations for the future?

It started about two years ago when I found a box of CDRs in the attic of the house where I grew up. I had been remembering a handful of tracks from those days (1997-2001) and the idea of starting a label came from wanting to finish, re-rub and release those tracks.

After initially playing and shipping them around to a few friends and colleagues, who all had different single track preferences and ideas, I decided to do things by myself. For me they belong, and make sense, together. And after being told I should start my own label for years, I finally decided this was a good occasion.

European Carryall’s main aspiration for the future is to release a sparse but steady stream of strictly high-quality records, uncompromisingly made with blood, sweat, tears, joy and soul. Records with feelings, that breathe and have a purpose of existence other than just being a very expensive business card. To not release perfect records, but human records. Life isn’t perfect, and there is nothing more boring and soulless than “perfect” music.

Why that name, European Carryall?

Well, it is a European label and I like the sound of it. Plus it’s (yet another) reference to the best TV show ever made. Basically a carryall is just a kind of undefined bag, a purse if you may, or a man-bag, a carrying-device that you can fit whatever stuff into.

And I liked the meaning of that in a metaphorical sense too.. although mainly focused on house, techno and disco, the label is intended to be a vessel for many expressions, styles and crossovers, but always unified by a very specific feel, approach, vibe and aesthetic.

It’s your first experience into the (knackering) world of label-owning, am I right? How do you like it?

I like it a lot. And I feel extremely grateful and happy that the first release went so well, so I don’t need to worry about breaking even and financing the next 12″. I love to have complete freedom and control on the artistic side of things.

Not that I ever experienced any “controlling” from the previous labels I’ve worked with, but I find it highly rewarding and inspiring being able to have a clear vision and idea of how you want things to be, and then doing it… how to progress, planning ahead what and when to release, puzzling and plotting together everything yourself. It’s been very stimulating both in terms of creativity and productivity as well.

Is the label’s output going to be archival and Telephones-centric exclusively, or do you intend to bring some friends on board the EC ship too?

Maybe all of the above? Only the future will tell! 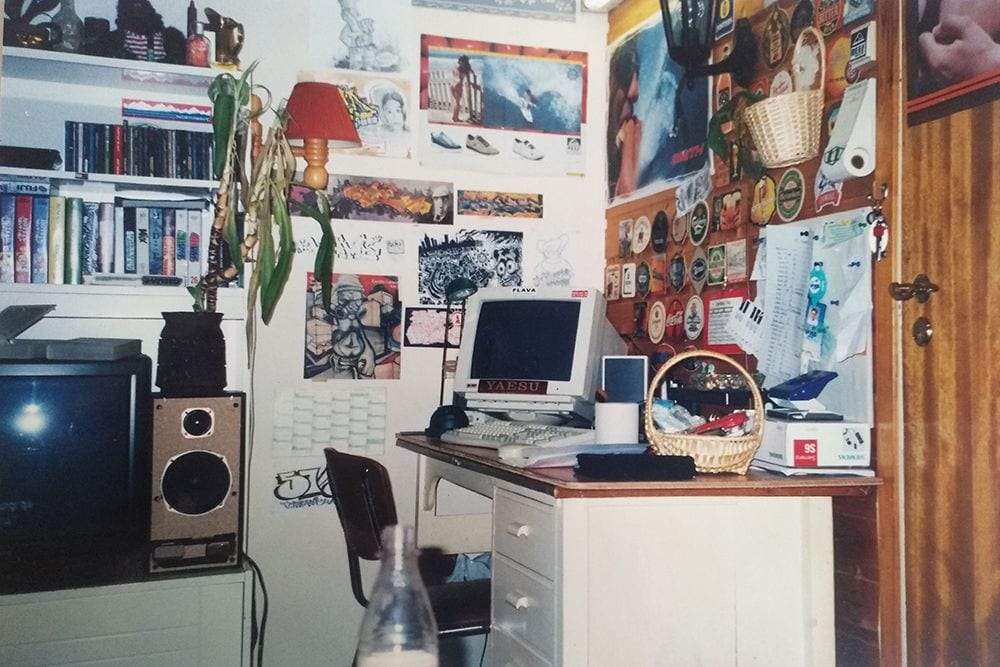 The first and second episodes feature long-lost cuts of yours, said to have been “rescued from a humid attic on the rural island of Sotra, outside Bergen”. Can you give us some insight into the retrieving and re-recording process?

There were about 300 tracks on those CDRs I mentioned finding in the attic. All in *.xm project-file format from Fasttracker2, the earliest dating back to 1997.

Most of it was 1-2 minute nonsense-sketches of me trying to do a lot of things I didn’t have the technology or knowledge to materialise. But there were always this small handful of tracks I still remembered to this day, ones I always felt had something special.

A kind of juvenile freshness and freedom that I wished I had access to, could tap into and recreate. I thought it was all lost ages ago… so when I finally found the tracks, those ones originally made between 98-01, I exported all the stems and single samples using Madtracker2, then re-assembled and edited everything in Ableton (hands off quantize and warp-functions!), overdubbed and re-recorded quite a bit of things that had bad sample quality or shitty sound, added a few new details here and there, and finally last year I properly finished off those tracks that had been started 20 years ago, hence “1998-2018”.

Which new Norwegian artists should we keep an eye on?

I haven’t spent much time in Norway the last 8 years, so to be honest I haven’t been following very closely new things within the realm of Norwegian club music… so my recommendations is more like friends and ripe fruits I dig: DJ Fett Burger, DJ Sotofett, Skatebård, Bjørn Torske, Double Dancer…

Also Club No No, of the younger generation in Bergen, is doing some cool stuff. I’m also travelling so much all the time, and my focus is often more on the undiscovered second hand crates out there, than the new stuff from home.

Do you recall your first introduction to house music?

The first proper introduction was ‘Nedi Myra‘ by Bjørn Torske in ’98. I just sat there, speechless. I had never heard anything like that before. It was pure magic. Still is.

Who were your musical heroes back when you started producing and why?

Bjørn Torske and Erot were my main heroes, without a doubt. Much because of how they managed to channel feelings and atmosphere in their music, and particularly the careful attention to and perfection of imperfect drum-programming and production.

If you’re going to centre your whole existence around music that is 80% based on drums, those drums need to make you FEEL and experience something, not just be there because they have to. True masters those two. 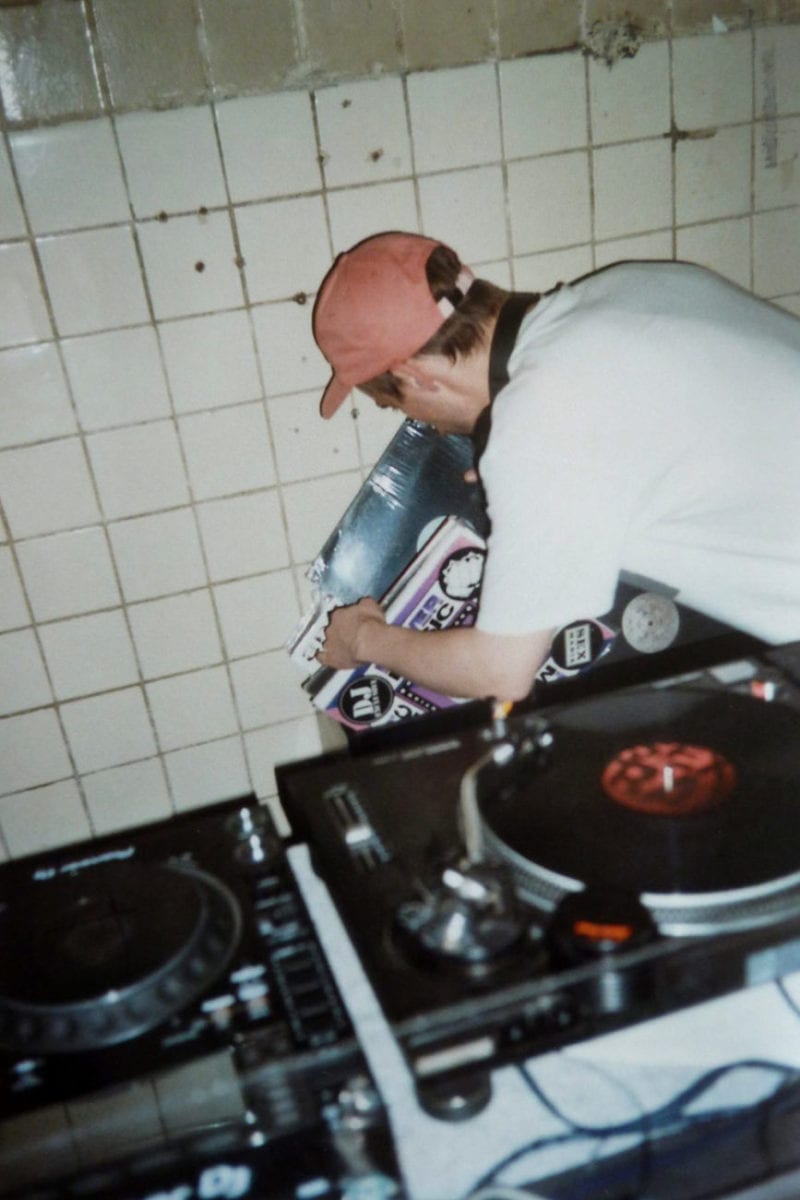 Three years ago we sat back to discuss your debut album ‘Vibe Telemetry’, which was released through Gerd Janson’s Running Back. How has it effected your perspective on production and dance music in general? Did it make you want to explore the full-length format further?

It was a cool experience to work within a 74min narrative, instead of 5min with 1 minute on either side as intro/outro. But afterwards I got super excited about making uptempo club 12″ tracks again. Just a logical reaction I think.

It’s a lot of work doing a whole cohesive album, and thinking back, realising you could have released 3-4 12″s throughout the course of a year with the same tracks and probably shifted 3-4 times as many records also makes you think about efforts and rewards.

Albums are obviously more expensive to buy, and even though an album of 10 tracks contains 4 tracks you would have happily have bought on a separate 12″ for 8€ each, people within this scene are more reluctant to albums.

So there’s also this feeling of whoooof, two years work went by, and then it’s out and over super quick. For now I’m very happy to make club-friendly 12″ and EPs again. Faster and more strippped-down stuff. Maybe telling a long story over a longer period of time instead.

Which record do you never forget to slip in your DJ bag ahead of a busy club night?

De Lite ‘Wild Times (Mayday Remixes)‘. One of may all-time favourites which has yet to fail.

What was the last record store you visited and what did you cop there?

Dizonord in Paris (shouts to the RinseFM guys for the tip!), a great store. I bought four lovely Japanese traditional koto and flute LPs, and another one with Buddhist chants and horns, one Eddie Flashin Fowlkes 12″ I can’t remember the name of and a Jimi Bazzouka 12″ with ‘Countryman (part 1)‘ being the raisin in the sausage as we say in Norway… it’s meant to be the best part of the sausage I think.

What’s next on your schedule? Any new release(s) on European Carryall lined up already?

We’re celebrating the release of ‘From The Vaults 1998-2018 Vol.2‘ at Sameheads in Berlin on Tuesday 30th, playing all nite b2b with Luca Lozano in the basement.

Then I’m off to Cornwall for The Masked Ball on Saturday to play b2b with Francis Inferno Orchestra. That place looks dope!

Release-wise, I prefer to have the cattle ready before the talk. But there are releases lined up yes. Hopefully EC03 just in time for summer. The wheels are in motion.

Discover more about Telephones and European Carryall on Inverted Audio.