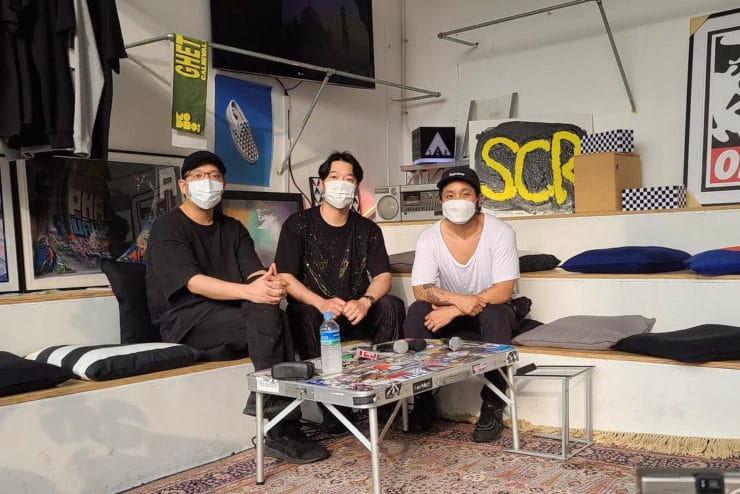 In the global Coronavirus rankings, South Korea has performed exceptionally; at the time of writing, there have been 273 confirmed deaths – despite high population density, and being one of the first countries to contract the virus.

Yet, as South Korea began to ease social distancing measures, a new wave of infections sprang up, undeniably linked to the clubbing activity of one individual. A 29-year old man visited three nightclubs in Seoul’s Itaewon district, who did not wear a mask inside the clubs and tested positive for the illness three days later.

This sparked up existing conservative views on clubs, as well as anti-LGBT+ sentiment, due to an infected man visiting queer-oriented nightclubs. For the nightclub scene in Seoul, this second wave has come like a hammer-stroke; on the cusp of reopening, they now face a protracted period without customers in conjunction with possibly misdirected anti-nightclub sentiment from the public and elected officials.

Amidst this, three of Seoul’s clubs – Vurt, Faust, Volnost – have come together for the first time to create a new e-club named VFV CLUB, to gather support for the nightclubs, the staff, and indeed the fragile underground scene of Seoul itself.

We caught up with the three club owners from Seoul in order to get a deeper understanding of their situation, with the recognition that their experiences may well form a blueprint or aide for the reopening of clubs throughout the world.

Please can you introduce each other and the clubs that you represent?

We are Yoojun Hwang (Djilogue), Marcus Lee (Marcus L), Jung Tack Moon (ComaRobot), who are respectively running Vurt, Faust and Volnost. We are the owners, directors and resident deejays at our clubs. Working in parallel with music. We joined forces as VFV CLUB to grapple with the difficulties that our scene is facing and to share a positive energy.

How would you describe your venues to foreigners who have an interest in underground club culture?

vurt., is a small underground techno venue which can be recognized for its deep, heavy sound and atmosphere. vurt. has grown to have a cult following with its immersive character and charm.

Faust/Tanzbar is bisected as Faust, which focuses on techno and Tanzbar, which plays house music. International artists are booked every weekend. Audiophiles will be satisfied here, as we have invested in high-quality room acoustics aside a top-level sound system. Volnost seeks for new, experimental acts, focusing on audio-visual, live performances.

How would you describe the scene to people who are not familiar with underground club culture?

It can be compared to a trip that you set out on for the first time; the fear and thrill that you experience when you get away from your neighbourhood, trying a new culture that you are not accustomed to — this is the feeling it evokes.

Has Seoul had a long history of club culture?

Clubs in South Korea have existed since the 1980s in the form of ‘entertainment businesses’ – they used to be called ‘Disukotek’ (discoteque). Even now, when ‘clubs’ are being mentioned in the media, the majority of people think of commercial massive clubs that are developed versions of Disukoteks.

However, we’ve had an underground club culture here from the 1990s, with a talented first generation of artists such as Mojave, Transistor Head, and Gazaebal, who are the treasures from that epoch.

Unfortunately, it could not be continued, and it was only a few years ago that the Seoul scene started to revive. Seoul underground culture is still esoteric, many people don’t recognise its existence yet.

Can you describe the current situation and your experiences regarding clubbing and Coronavirus in Seoul.

Unlike other countries, South Korea is getting over COVID-19 without closing any stores, bars or restaurants. But confined spaces and indoor venues such as clubs and gyms have been shut down by the government from March. Some of us were forced to, some of us were prompted to, some just did it voluntarily.

After early May the situation got better (newly confirmed COVID-19 numbers per day dropped to 3-4) and the government lifted restrictions, but within a week a newly confirmed patient was found from a club. After that, gatherings were prohibited and we don’t know how long this will go on for.

What consequences has Coronavirus implemented on you and your club?

Practically most of the clubs have been shut down since March and there is zero support or aid from the government. Seoul’s city authority clings to an ambiguous technicality that they are not responsible for providing any aid since they technically did not ‘close down the businesses’, but only ‘prohibited gatherings’ at designated venues.

We cannot maintain our venues without the government’s support or plans, nor can we set up any countermeasure. On top of the financial difficulty, increasing antipathy towards clubs psychologically affects DJs, staff and everyone else who is working in this industry.

What do you think the general public are not aware of about this situation?

We feel responsibility for what had happened in early May – the clubs became another spot for spreading COVID-19 after so many peoples’ efforts and sacrifices. However, we are saddened to see and hear people and the government undermining and diminishing club culture, labelling it as ‘a social evil that should disappear’, let alone working to save or protect it. Not only our three clubs, but the whole underground culture in Seoul is in danger of collapse.

What is the solution to this situation?

Being criticised harshly, and on a national level, from early May, made us self-reflect for a while. We decided to unite, not repeat the same mistakes if a similar situation occurs again.

We are sharing our ideas, thinking in retrospect about what went wrong, and trying to establish an association that can communicate with the government. And on top of that, preparing online events that can take what we’ve been doing for years even further.

What can the rest of the world learn from your experience?

You have to proactively react, way before the government does, since we — and you — are the only ones who understand this culture. Community-based cooperation is essential, and you should be prepared to take measures and find solutions in advance of when problems arise.

It should be you, who respect the basic rules until we see the number of new COVID-19 cases drop to ‘0’ in all of our cities. Wear a mask, keep a safe distance. The clubs will be the last to open.

How stable was the club scene in Seoul before Coronavirus hit and did this current co-operation between each of you exist before?

Our underground culture was getting established, but we have never joined forces before. Maybe our excuse for that was that we were too busy surviving by our own means. But after going through this crisis, we realised that cooperation is paramount – more so than anything else. Thus, as mentioned earlier, besides ‘VFV CLUB’, we are establishing a new association for a more stable and safe club culture.

Do you think that working together can help build a more unified scene of underground music in Seoul?

Since everything is on hold, creating a new platform that can continue what we have been doing, was the most crucial thing for us.

Good-spirited competition is necessary for progress and development, and we three clubs have developed greatly because of that competition. This will be continued through this online platform. We expect to find fresh ideas and synergise whilst listening to each other’s music keenly, and to exchange thoughts with one another.

Lastly, video streaming is not a familiar way for Seoul underground DJs to present themselves, but we think there is a big potential and opportunity for us to grow through this new platform.

What are you trying to achieve with this event?

We want to deliver the positive energy that we felt when we met up, since we know that it is such a hard time for all. We’d also like the world to know our situation, which is on the verge of a collapse, and would like to seek practical help. All donations will be delivered directly to the three clubs, and all the artists who are taking part. We try not to lose our hope, continuing what we have done so far.

How can people in Korea, and from all over the world too, help?

We are proud that South Korean underground club culture has developed outstandingly in the last few years. Your support, care and interest is greatly appreciated, so that our young and new culture won’t vanish.

We hope that soon we can see the day when we can all share each others’ cultures and be connected. Let’s not lose our hope, and overcome this crisis together.