The Swiss city of Geneva is famous for a few things, but the association with underground dance music culture is not, for many, a large one — yet, as the phrase goes, “hope springs eternal”, and thanks to the efforts of certain groups and individuals, dance music does also.

Brainwaves do their bit for the underground scene in Geneva, releasing wired rave musics from within their small cohort, comprised of Estebahn, Hermeth, Weith, HTN, and Tout Casser. With a swathe of handmade V/A releases — primarily digital but with one vinyl release under their belt — the group allow natural impetus and organic growth to be their driving force; a far-cry from flash-in-the-pan labels with big budgets and bigger egos.

Next up on Brainwaves is a 5-track acid/breakbeat stormer from Estebahn, and we’re happy to host the EP on our Soundcloud. From ‘Odessa’ opening bars to the closing frenzy of ‘This Rock’, Estebahn’s graft at building a personal sound identity is self-evident — and with Solid Blake topping it off with a remix, the full package is an enticing one.

We caught up with Estebahn on the phone to discuss label operations, the collective’s influences and how they ply their trade in a less-than-thriving city. 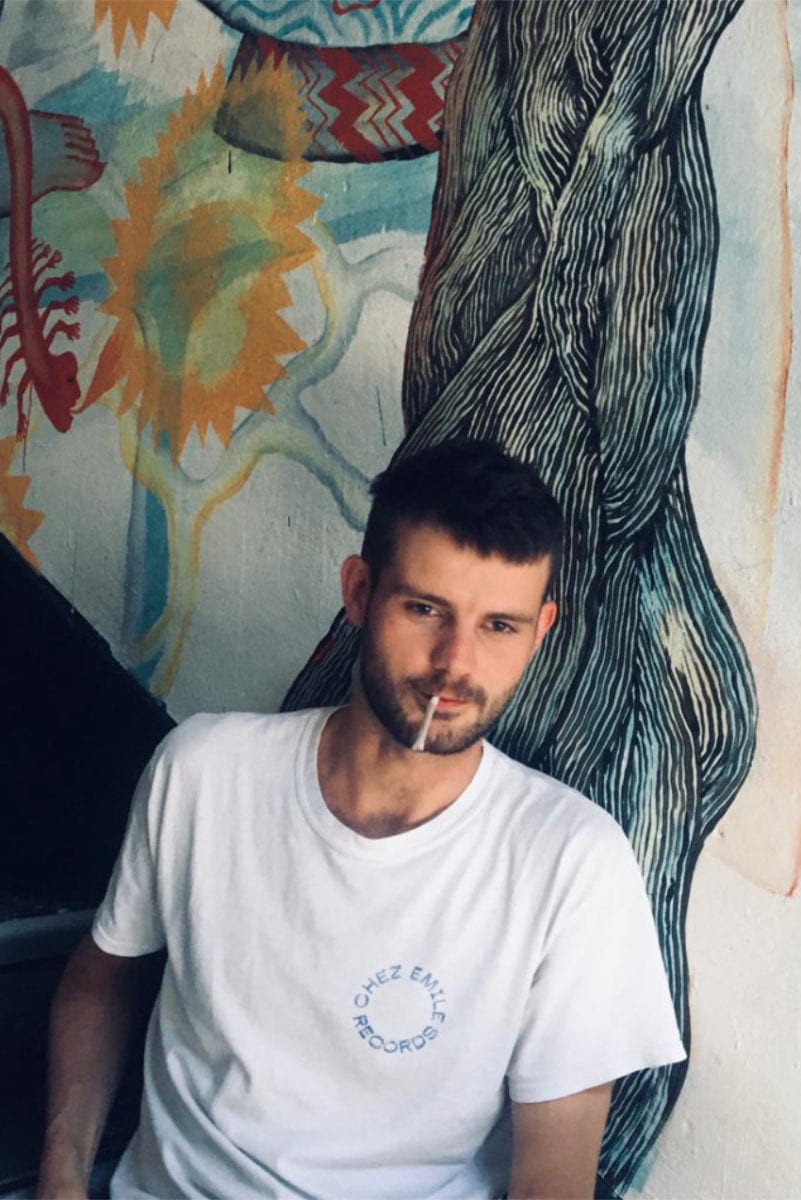 Perhaps the best place for us to begin is with a brief introduction to Geneva, and the dance music scene there?

Geneva is a strange place. You’ve got the obvious history of the city and Switzerland as a whole as a wealthy place. Great cultural surges in creativity tend not to come from the richest places, but there is creativity to be found everywhere and Geneva is no exception.

The likes of OBF Soundsystem and Poly Dance / NS Kru ensure there’s a world class dub scene, and there’s a lot of love for disco and fusion music too mainly thanks to institutions such as Bongo Joe, artists such as Pascal Viscardi, and of course the influence of Nemo, who’s now co-founder of the Berlin record store Sound Metaphors.

Geneva has a strong and diverse scene all in all, and our January compilation ‘Feu Au Lac’ is my suggestion of an introduction to the region’s blossoming talent. It’s also worth mentioning some of the brilliant labels that are putting stuff out in our area, such as Strecke, CÀF?, and Les Disques Magnetiques, to name but a few.

Essentially, Geneva’s scene is interesting and has great potential, but it’s not yet well-exported; and while it quietly keeps itself going, few names reach the world stage. There’s not such a massive musical heritage here, like that of London or Bristol in the UK, or Düsseldorf and Berlin over in Germany, but we believe that that can change.

And what about your label, Brainwaves? Who is involved, and how did the label come to be?

We’re actually fairly representative of Geneva with a mix of English, Spanish, and Romanian and two Swiss. Our label story is a common one, but it’s ours too: we’re a bunch of mates who like to produce music, all in our different ways but with a common identity as a crew. We have lots of freedom, internally, and we can release what we like without a huge amount of pressure.

Our group was formed at 15 years old, bonding over Warp and Rephlex acts so many others know and love; from AFX and BOC, to Raczynski and Squarepusher. Our love and respect for their playful avoidance of taking themselves too seriously brought us together.

You might not hear this so much in our output, but we all grew up listening to it. Their aesthetic and attitude has had a huge impact on ours, and we love to see it reflected in the likes of Ceephax and DMX Krew. For our part, each of our releases is accompanied by a bit of clearly fictional text that we hope injects a bit of humour into what we do.

Can you talk to us about the artworks? There’s a common thread of Aliens decorating a lot of the releases.

The artistic direction within the label is all a collective action. The alien is an old habit that has kind of just stuck. He’s got a name now: Brian. It’s a play on the common misspelling of “Brain”, from our label name. In the early days we used 8-bit stylistics, but for the next 9 releases we’ve got our friend Thomas Perrodin, who is a professional creative genius and screen printing atelier, to do the artwork. Brian will obviously be featuring. He’s the mascot now.

So, do you have an objective with the label? Has it changed since you started making music?

Before Brainwaves we were all part of another label focussed on electronica, producing synthwave, noise, trip-hop, electronica, ambient — so, not club music. For the couple of years we’ve been running Brainwaves we’ve been good at dividing the decision making among the five of us, but with all of us having day jobs as well it definitely requires the team effort to keep the entire thing moving.

Our label is obviously more club-focussed now, and as we’ve developed our techniques we’ve built up quite a fast-paced release schedule, which we’re happy with. That said, it’s a bit double-edged: even though we prioritise digital over physical formats, we don’t always make up the mastering and promo costs. This is mostly the reason why we’ve only put the one record out to date.

Do you think that releasing on vinyl is important for a label to have a big impact?

Maybe for some people, but that’s really not what we want to focus on. You could take a look at Scuffed Recordings, a label run out of Bristol with a similar model to ours. I think they release one vinyl a year, but one digital release a month. They’re helping to prove that quality music doesn’t need to be validated on vinyl.

While most of us on the label collect records and love the format, we think releasing on vinyl feels a bit like a luxury at this stage. It’s not something we want to completely cross out, but the pressure of selling the copies would be very steep right now.

How do you approach collating a record? I notice your releases are predominantly the core crew.

We’ve seen a lot of labels start up by roping in big names and leaning on these larger artists for traction and visibility. We understand this, but it’s far from our objective, as we’re not trying to change the world, just make something worth discussing within our local community. We think this community-building aspect is something that is missing from much of modern dance music.

Brothers From Different Mothers (BFDM) are another big influence on us, of course musically but primarily for their local-minded attitude. They’re a small crew that have stuck with their local scene in Lyon, developing it into something that they’re embedded in, but that is also sustained by others. They’ve helped create this, and it gives them a strong identity.

This said, we do plan to branch out every now and then into larger various artist releases, such as our ‘Feu Au Lac’ release from January this year., which was a compilation of 45 tracks produced entirely by artists within the French-speaking part of Switzerland.

So, why is Solid Blake appearing on your next release?

12 releases, and about 2 years in, we’re lucky that there are a bunch of artists out there who play our music and have been good supporters and friends to us. Brainwaves is starting to become a bit of an extended family, and so we’re looking to bring these supporters in for remixes now that we’ve done the work to cement our position locally.

It’s really great to have a contribution from Solid Blake on the next release. She’s been playing our music out for a while now, and after we booked her at Zur Klappe in Berlin back in February and found out what a hilarious, lovely chatterbox she is, the connection was made firmer. The remix she’s given is really fantastic, and it’s just great to work with her and welcome her into the family.

Circular System is out now. Order a copy from Bandcamp.