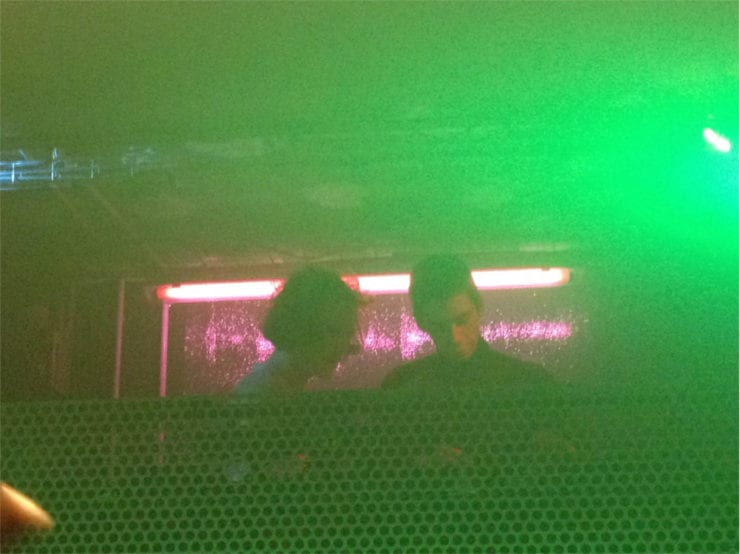 One of the many emanations and embodiments of French collective Simple Music Experience, Radiante Pourpre is a nonconformist production unit formed by Alex and Leopold, also active under the name of Violent Quand On Aime, guise under which they released a most excellent debut long-player on Knekelhuis last year.

Resurfacing with the followup to their eponymous first LP, originally released in 2014 and pressed to vinyl for the first time two years ago, Alex and Leo return to Antinote to land the second volume of their groundbreaking sonic adventures.

Keen to find more about the making of this sophomore album, we caught up with the duo to discuss a variety of matters including production technique, anarchy in music and the withdrawal of the individual behind the group. Stream the bewitch-ingly poisonous ‘Mala 800‘, featuring vocals from Fiesta En El Vacio, down below. 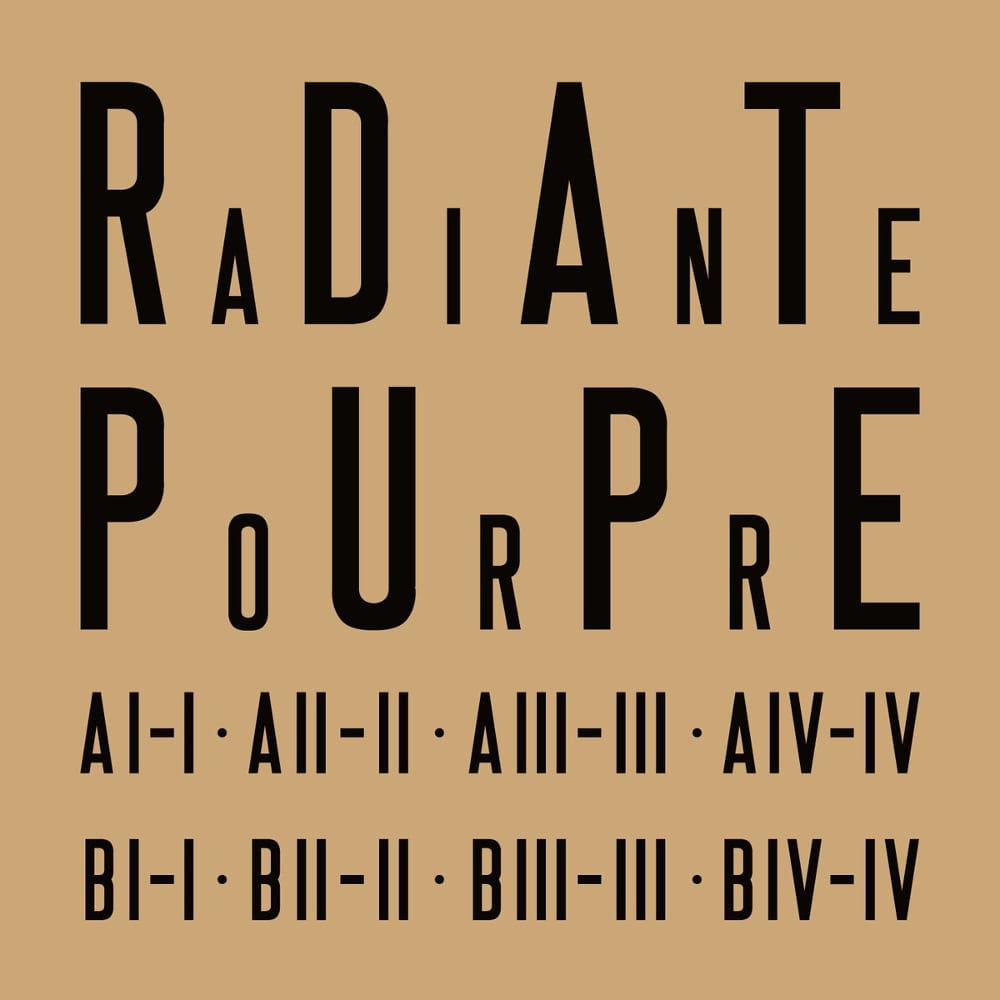 Hey Alex, Leopold, you’re about to land your second release on Antinote as Radiante Pourpre after an eponymous debut LP in 2017. Please tell us more about ‘II’ and the concept behind it.

Well, to be completely honest, there’s no real concept behind this second album. The first one served as the soundtrack to an exhibition of Benjamin Valenza’s work. We composed, produced and recorded that first album directly on site at Komplot (Brussels), in just one week, during the exhibition’s set-up.

So, basically, Radiante Pourpre could’ve been a one-off project, but through this project we found something of a musical identity that we could relate to, and which we’ve felt like developing. Regarding the second album, process has been quite different; we produced a bunch of tracks over the last two years and selected some to make this album.

The tracks we produce as Radiante Pourpre are born from sample collages lifted from very diverse records, countries, eras, ambiences; it may be Iranian folk samples, mixed with Brazilian music samples, then laced with field recordings of protests in Paris, all of which we’d gather and blend across a single cut.

If there were to be a concept for this second album, it would be this sentence we’ve chosen to get inscribed on the cover, after listening to the whole set of tracks we selected for the first time: “No Borders, No Cops, No Problems…”

Throughout both Radiante Pourpre albums you’ll find protest noises, explosions or interviews of Spanish anarchists. People are rising against their governments all around the globe. Venezuela, France, Brazil for instance. Radiante Pourpre may be a way for us to approach these movements through music.

What’s with the name, Radiante Pourpre – what does it mean to you?

The name Radiante Pourpre is some sort of two-tone collage: the ‘radiant’ side of the sun, and the darker, more oppressive facet of ‘pourpre’ (French for purple). This may seem Manichean in a way but sounds good, and it’s a beautiful name. 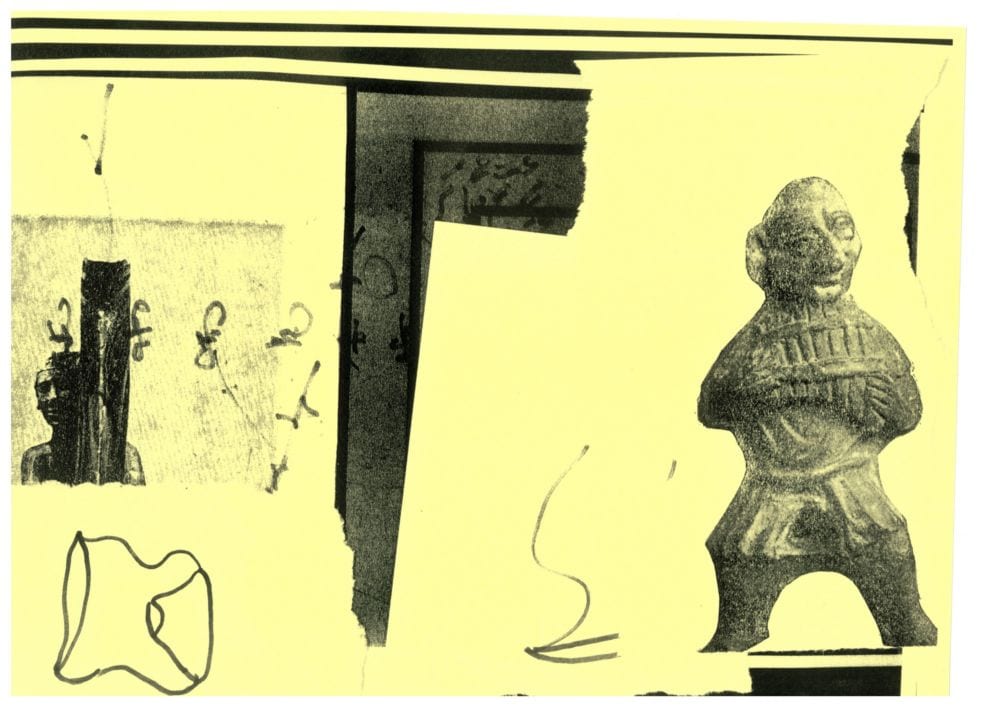 You’re operating under a variety of aliases, all gathered under the banner of your collective, Simple Music Experience: Radiante Pourpre, Violent Quand On Aime, Haydée… Is each moniker’s output clearly delineated from one another, or are these more like complementary / interpenetrating projects?

These are the same persons, and often the same machines used to compose, so it’s safe to say these different projects are linked and complementary. Then, there’s the will to blur the lines, to withdraw the individual behind the groups and aliases, so the music remains the focal point, not the composer.

Each project attempts, with varying degrees of success, to forge its own identity, its own aesthetic signature, its own technique of composition. Aesthetic intentions aren’t the same with every project. Radiante Pourpre is certainly more ambiguous and indirect than Violent Quand On Aime for instance.

Back to Simple Music Experience: what are your aims and aspirations for it?

Simple Music Experience was born in Bordeaux. It’s a label/group/collective comprised of many members, more or less active depending on the period. The base for SME is our shared friendship. As of today, we’re all scattered over various cities in France, so the energy is more disparate than in the beginning.

Yet, we’ve always wanted to take our time and push quality music first. Essentially ours and that of our close friends. There’s actually no difference between us and our friends though, we are our friends.

Our organisation and rejection of performance and business plans are the only real backbones of Simple Music Experience; a slow-drip release schedule, self-duplicated cassette releases only. Still, our ambitions are big: we’re currently working on our first 7″, courtesy of Fiesta En El Vacio. It’s been a while already but it’ll see the light of day eventually!

It’s your second album in two years. Is full-length the format you’re most at ease with?

Our first album was composed in 2014. It first came out as a tape on Simple Music Experience in 2015, and was then reissued on vinyl by Antinote three years ago. The second one’s just about to be released this month. So five years have passed between the two records, which is a long time! We put out a split with Tabula Nul on SME in the meanwhile, though.

As to the format, it’s true that we favour the mini-album. Both records are about 30-min long, divided in variedly lengthy cuts. There’s a narrative dimension to our music that wouldn’t be as palpable on an extended player. 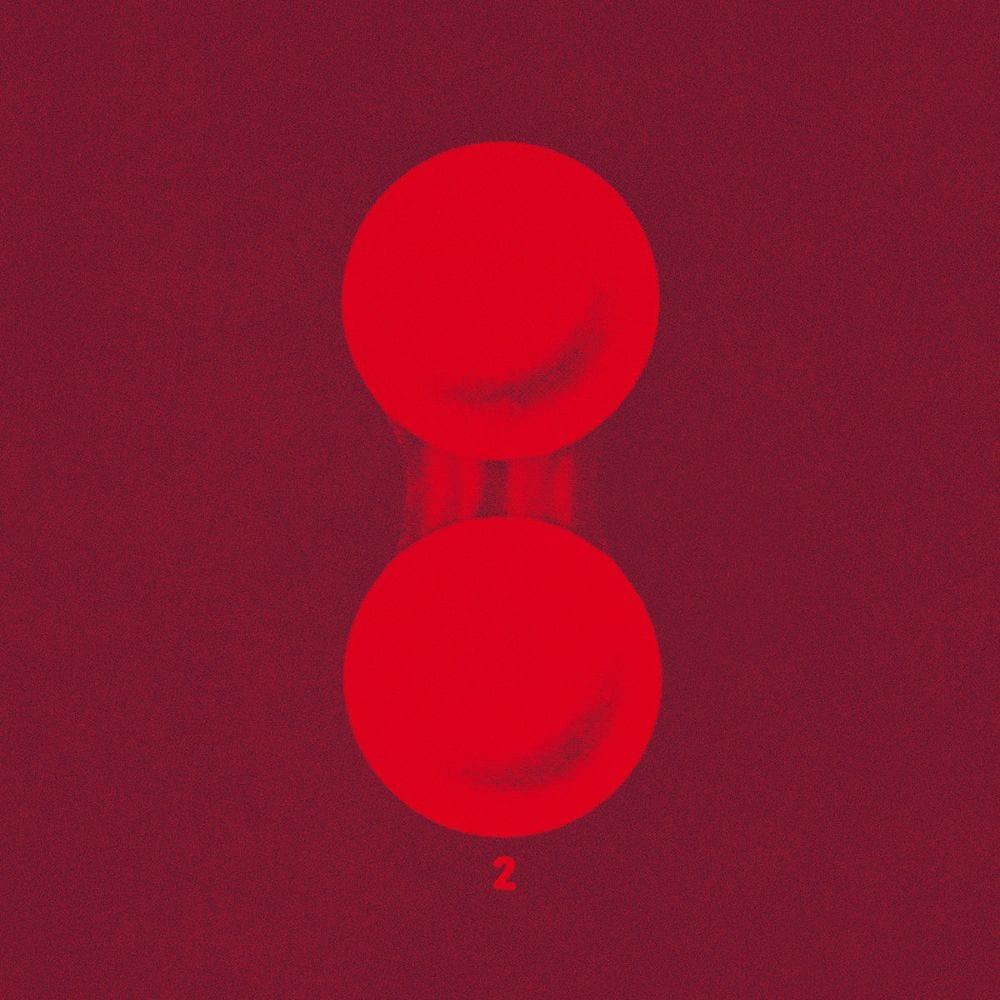 What gear did you mostly use on this record?

We’ve got the list of gear used to produce ‘II‘ on the back-cover. Akai MPC 1000, Korg MS20, Korg Minilogue, Korg Volca Bass, MFB-522, plenty of tapes, lots of FX pedals, as many samples and a personal computer.

Do you generally hit the studio with a clear idea of the tracks you want to produce, or do you prefer to jam around and see how things turn spontaneously?

Saying that we start composing with a clear idea of what we’d like to achieve in mind would be lying. But regarding Radiante Pourpre, it’s true that there’s a certain atmosphere that’s built over time, through our discussions, desires and jamming sessions.

We don’t really have a studio or clearly defined technique of composition, but more of an overall ambience and “radiante pourpresque” signature style. We make tracks and when they fit that ambience, we stick them into our “radiante pourpre” folder. It’s exactly how this second album was composed: some sort of best-of that Radiante Pourpre folder.

The press release speaks of “a post-exotic world (NO ZONE) where the only remains of the societies we live in are barbwires, battered radio transmitters (TAKATO) and deserted oil rigs the duo uses as fictional shelters”. Is this sci-fi friendly narrative something you’ve been nurturing through your reads, film taste… etc.?

Well, it’s true that Alex is a sci-fi adept, both films and books. Leopoldo isn’t at all. But that’s not important, the two of them live in a world that’s long surpassed the worst of dystopian scenarios when it comes to mass control security, crackdown, authoritarian governance methods as pictured in the ’70-’80s sci-fi.

The current trend around authors like Alain Damasio is certainly the fruit of this much frightening situation. You can actually read in the front window of some bookstores words like: “Post-apocalyptic fiction has been moved to current affairs section“.

What was/were the last piece(s) of art (music, film, painting, dancing, drama…) that struck a chord with you? 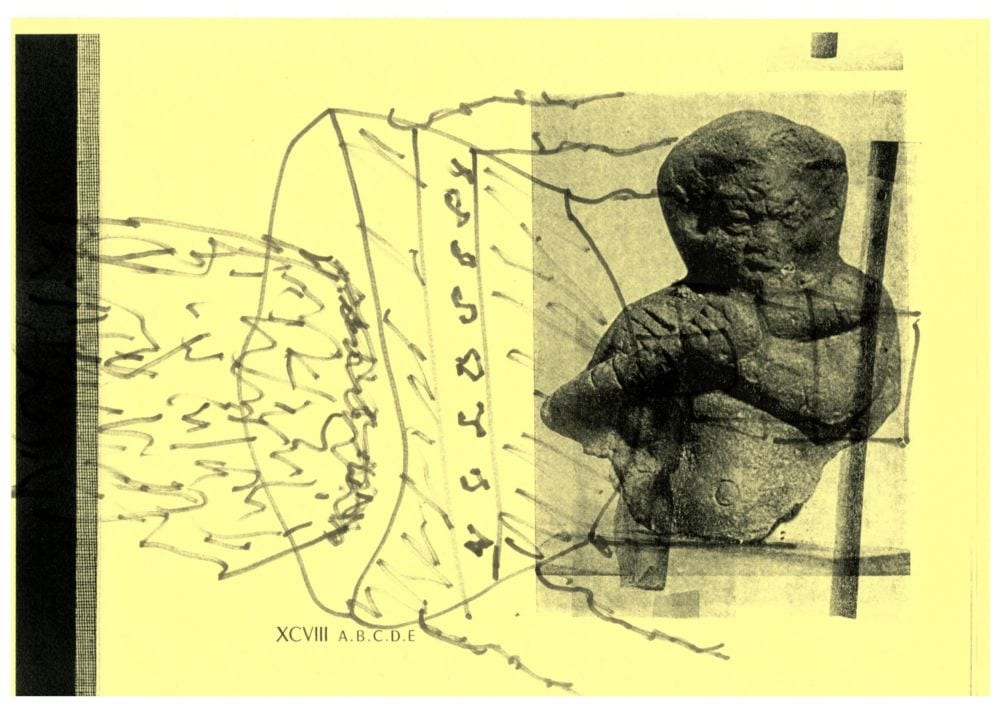 You’ve built a solid relationship with Zaltan’s imprint, which has been known for exploring all facets of electronic music with equal gusto – from the most daring sonic experiments to proper no-nonsense club-ready material, through pop-indebted endeavours and downtempo ear-candies. How did you first get in touch?

We met Zaltan in Bordeaux a few years ago. Our friend Théo (Panoptique, Succhiamo) was then the programmer at a club named ‘Da Bootleg’. If I recall well it was the first Antinote party to happen out of Paris.

Was a great night, and it matched really well between us and Zaltan, both musically and humanly speaking. We’ve since kept in constant contact and Zaltan eventually released the first vinyl releases of Panoptique, Succhiamo and Radiante Pourpre. Props to him!

What are your favourite releases from Antinote’s back catalogue?

To be honest we’re no record collectors! The last shop we visited was Dizonord, in Paris. It wasn’t really to buy records though. We visited them to get our last compilation – ‘Simple Music Experience Vol.3‘ – duplicated. It’ll come out either this summer or in September. We also got to see our friends Amadou k7 and Renart play a DJ set on the occasion of Renart’s last release.

What makes us happy is to eventually see the ‘invisible’ hit the streets to protest and request dignified living conditions. Participate actively and non-peacefully to these mass movements, which are both legitimate and full of hope.

Near military-like police crackdown on social movements, criminalization of the struggles, the violent, capitalistic, racist, anti-social politics of Mr. Macron and his court.

To go on vacation with our friends, enjoy the sun, play a few gigs in France and keep on working on the next Simple Music Experience releases. Many thanks to Zaltan and Inverted Audio!

II is out now via Antinote, order a copy from Bandcamp.

Discover more about Radiante Pourpre and Antinote on Inverted Audio.