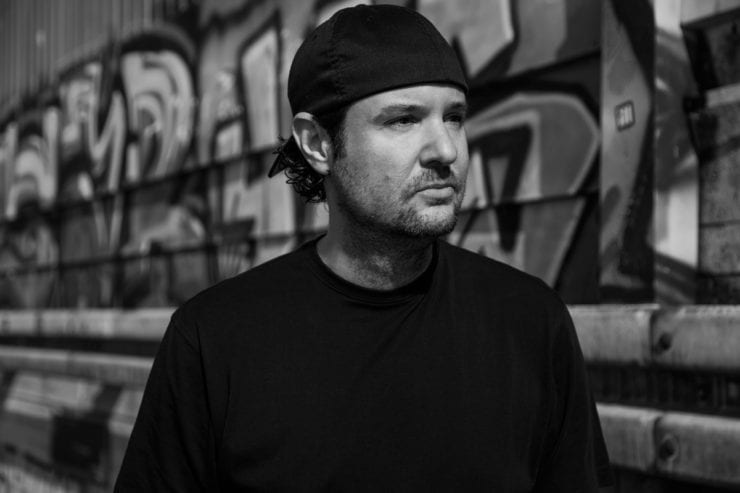 The Mover is the techno alias of German producer Marc Acardipane. With the majority of his discography released in the 1990’s, including an album on Tresor and extended players on Planet Phuture, Industrial Strength Records and his now defunct label Planet Core Productions – The Mover is responsible for soundtracking some of the most brutal yet beautiful techno of the 1990s.

Ahead of his first live set in 25 years at FOLD in London on Saturday 15 June – we caught up with The Mover to look back at his musical career and that time when he performed live in London alongside Aphex Twin at The Vox in Brixton. In the interview below, Marc talks about his current approach to producing and discovering music and how it all compares to the hustle and bustle of the 1990s. 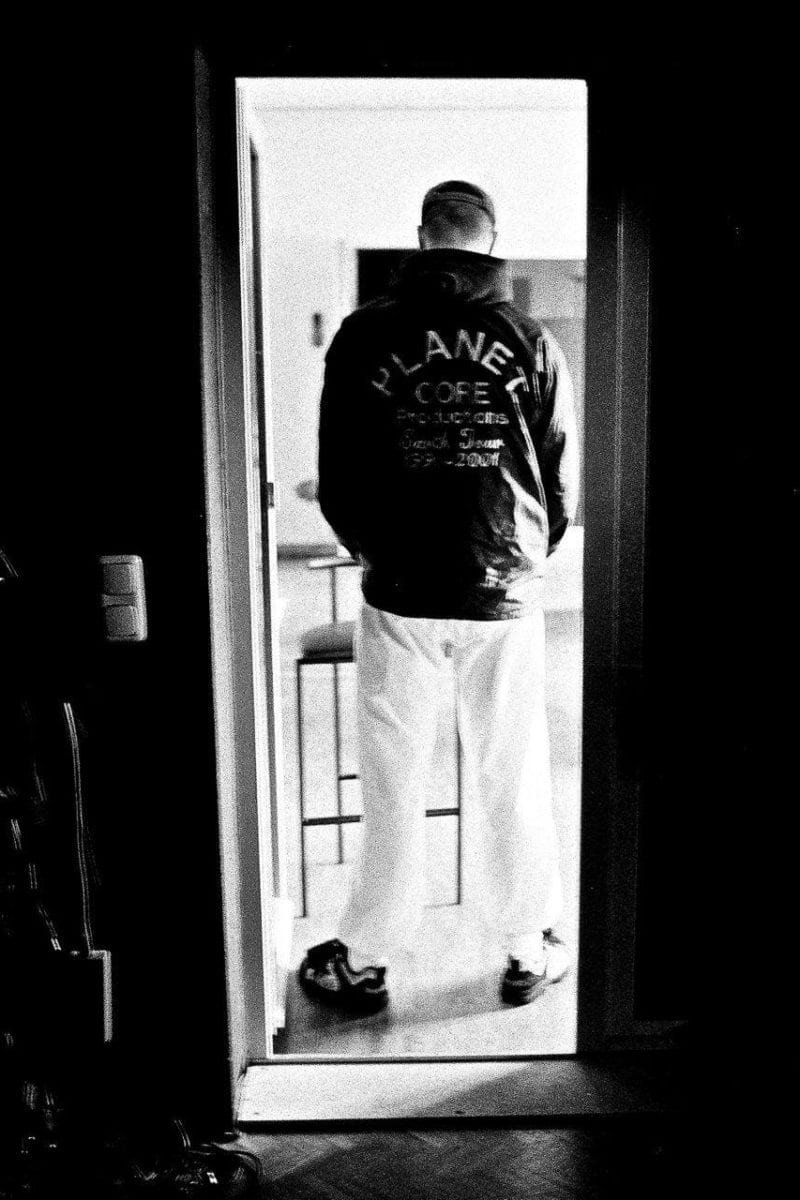 First up, you’re playing at FOLD in London on Saturday – please tell us about and how you will be performing at the event and what people can expect from a live set from The Mover?

I’ll play using an Akai MPC and two hardware effects into an A&H x92 Mixer, using all 6 channels. I will play a lot of the classic ‘The Mover’ techno tracks as well as tracks from my 2018 album “Undetected Act from the Gloom Chamber“.

You last performed in London 25 years ago as The Mover alongside Aphex Twin at The Vox on Brighton Terrace in Brixton – tell us about what you remember from that venue and performance, plus the unfolding of events of that night?

Brixton was a really dangerous place during that time. No taxi wanted to take us there. I think I played two sets, one as The Mover and one with my old partner as the PCP DJ Squad. Richard came up to me after the gig and said, next time I’ll bring my rave records, which he did. Those are all the memories I have of that night.

How does clubbing in the 90s compare to the present? What things have changed (for the better / worse)?

The newer techno movement, which has taken place over the last few years is kind of similar to the rave culture of the early 90’s. Only that we experienced a lot of things for the very first time, which cannot be repeated. However the vibe for the music and the emotion in it is still the same.

Back in the 1990’s it must have been a lot more DIY and much less commercially driven – cheaper drinks, fair ticket prices and not hyper-inflated DJ fees (unlike today). Do you think the fun is being been sucked out of the clubbing experience?

It’s a big business, true, but we also had that in the mid 1990’s when techno got commercial. I don´t like that, but that is the way it is – especially when money comes into the game. I think there are still a lot of nice underground events, with fair ticket and drink prices. At least that is in my experience. 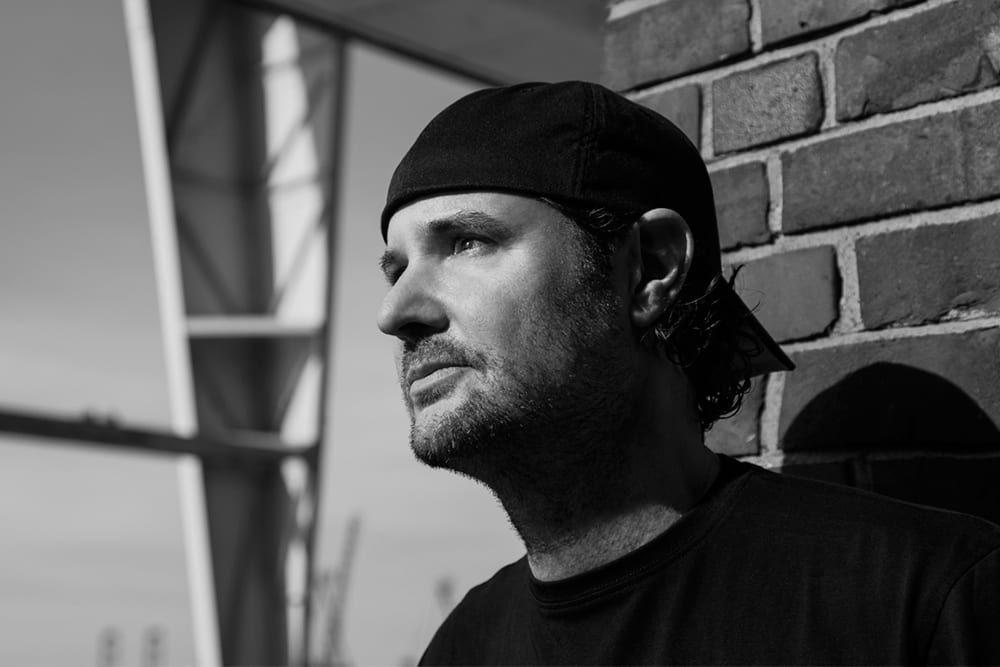 Nowadays I only use two aliases. The Mover and Marc Acardipane.

I used to release up to four records per week. My (69) aliases gave me the freedom to produce and release whatever I like. Everyday is a new day, emotions are different, different music will come out of my inner self and every alias is a part of me. Today you cannot do that anymore, people focus on the artist only, and if you have 69 aliases, like I used to have, you get in trouble!

To those that have not heard the music before – how do you explain music produced under “The Mover”?

Futuristic techno! My music channels the everyday dark realities of life into dense, uncompromising soundtracks and rhythmic structures with an extraordinary forward thinking vision. – “Darkness is not mystical, it’s your everyday reality”

What records are you most proud of releasing and why?

If I have to name one, it would surely be Mescalinum United – We Have Arrived. This track changed a lot even to this day. It started the hardcore scene and the harder techno scene – it also brought me back into the techno movement. Ever since there has been this 90s renaissance.

You’re originally from Frankfurt but are now based in Hamburg – what’s so special to you about Hamburg – why not Berlin?

It’s a lot more relaxed here. There is a lot of water and fresh air. Hamburg is not that far from Berlin, so I can always go there if I want too. When I moved to Hamburg, Berlin was not what it is today. In the 90’s Frankfurt ruled the techno scene! 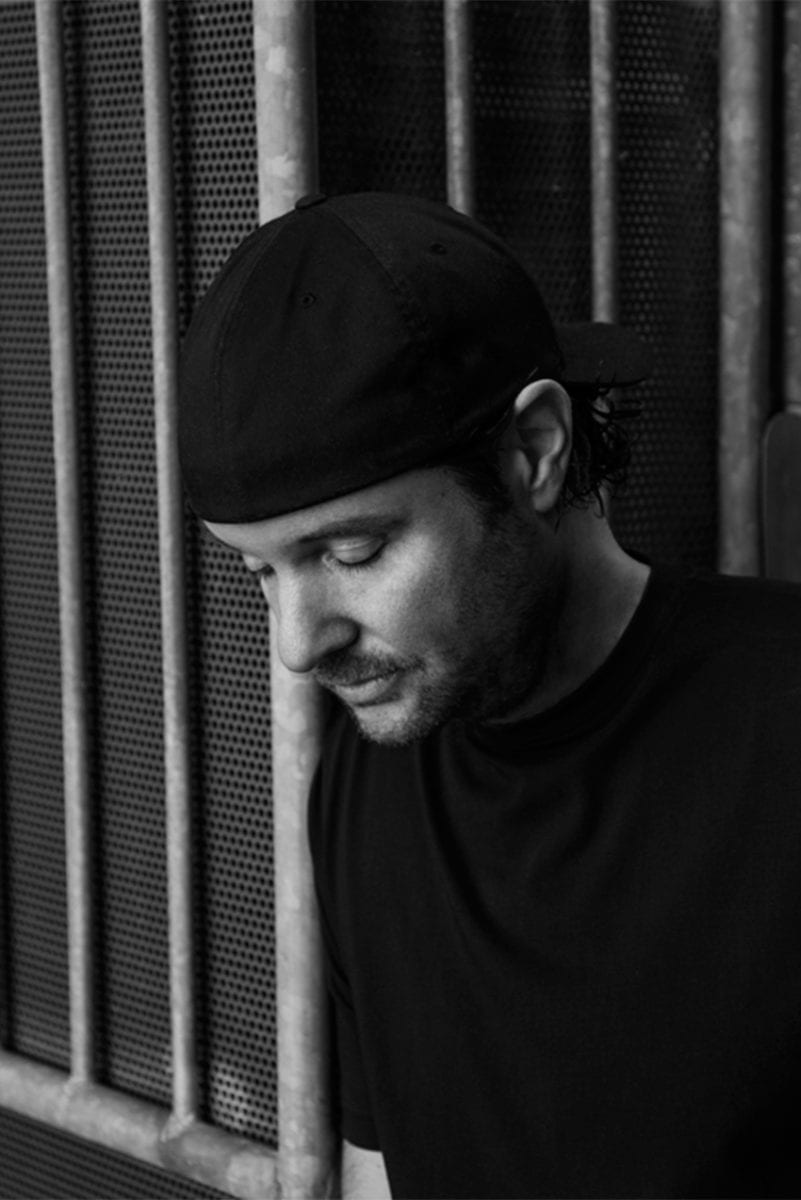 In terms of musical heroes – who are your top three producers?

Tell us about the environment in which you produce music in and your existing studio setup?

My studio has to be where I live. I once tried to have it separate from my house, but it did not work out for me. I have purchased a lot of vintage gear over the past six months and I have almost got my original studio setup back in action, with the addition of some new gear. I use Ableton to record via an Antelope Orion 32, which feeds back into my console in/out . So for me, it’s the best of both worlds.

What instruments are you currently using a lot to produce new music?

Have you ever delved into analogue modular setups?

I am a bit afraid of analogue modular setups, since it can become a new addiction. I recently bought a Moog Mother 32 and DFAM. Semi Modular, start up set (hahaha). Let’s see what they bring to the table. Back in the days I owned a Roland System 100M. It looks beautiful but I did not use it that much.

You’re also friends with Paul Nicholson – the graphic designer responsible for the logo for The Mover, Planet Phuture and Aphex Twin. How did you first meet Paul and do you remember what brief you gave him for the logo?

Paul interviewed me in the early 90’s when he was Richard’s dancer – he asked me why we did not have a PCP logo. I told him that nobody could illustrate it from what I had in mind. I told him about the Omni Consumer Products company logo – the people who build RoboCop. I wanted that futuristic style and he delivered! He still does all the graphics for my label Planet Phuture.

How do you go about discovering new music these days?

I spend hours on YouTube, Beatport, Soundcloud and Bandcamp. There is a lot of very good music out there, but it takes time to find it.

What was the last record shop you visited and what did you buy?

Nowadays I only get records directly from artists or by post.

What labels and artists are you currently enjoying?

There is a lot! At the moment you will find Umwelt´s DJ Mixes playing on my headset in the gym. I also enjoy tracks by Perc, Truss, Ansome, mixes by Helena Hauff & Esther Duijn, Stranger, VTSS, The Horrorist, Miro Pajic, Minimum Syndicat, Manu Le Malin, DVS1, Truncate, Neil Landstrum, Dave Clarke, Marcel Dettmann, The Advent, Clouds, Luciano Lamanna and many many more.

With so much technological advancement at our finger tips – do you feel that it is easier than ever to become a producer and a DJ?

For a producer, yes, maybe you can finish something easier nowadays, but to stay focused on the essentials of creating music is not easier in my opinion. When you have too much choice you lose focus. When your mission is to produce and write great and innovative music, you will appreciate a synth, a drum or an effect more if it is done 100% by yourself – your own signature. That way you will stand out…forever!

For a DJ, yes, technology makes it easier for everybody to sync tracks, but the technology cannot read the crowd for you or help you to have a good music taste, which is for me the essential as a DJ.

The World in which we have to live!

What track would you want to be played at your funeral?

The Mover – Into Wasteland

Discover more about The Mover on Inverted Audio.