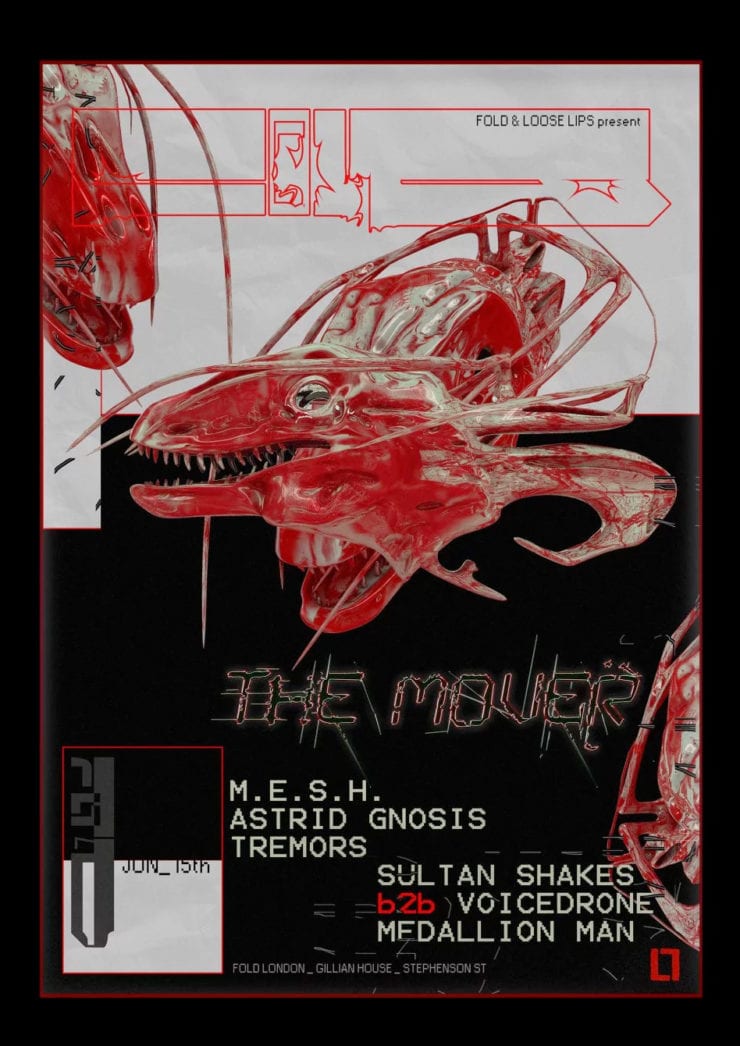 The Mover is the techno production alias of veteran German-based producer Marc Trauner. With a discography spanning over three decades, including releases on Tresor and his now defunct label Planet Core Productions – Trauner is responsible for soundtracking some of the most brutal yet beautiful techno of the 1990s. His live set at FOLD marks his first live set in 25 years, since he last performed alongside Aphex Twin and the Rephlex crew at The Vox in Brixton in 1994.

Next up is an experimental DJ set from Berlin-based producer M.E.S.H. – heralded for his two ground breaking albums on PAN and his revered ‘Scythians’ EP – M.E.S.H. will present his distinct hybrid brand of techno, 808 whomp, smudged rave, jungle references and hazy almost angelic melodies.

Support on the night arrives courtesy of a full-throttle hybrid DJ from Astrid Gnosis and queer hardcore collective Tremors TV. Closing out the event is Medallion Man and a special back-to-back set from Sultan Shakes and FOLD resident Voicedrone. If you like things hard and dark, this is not one to be missed.