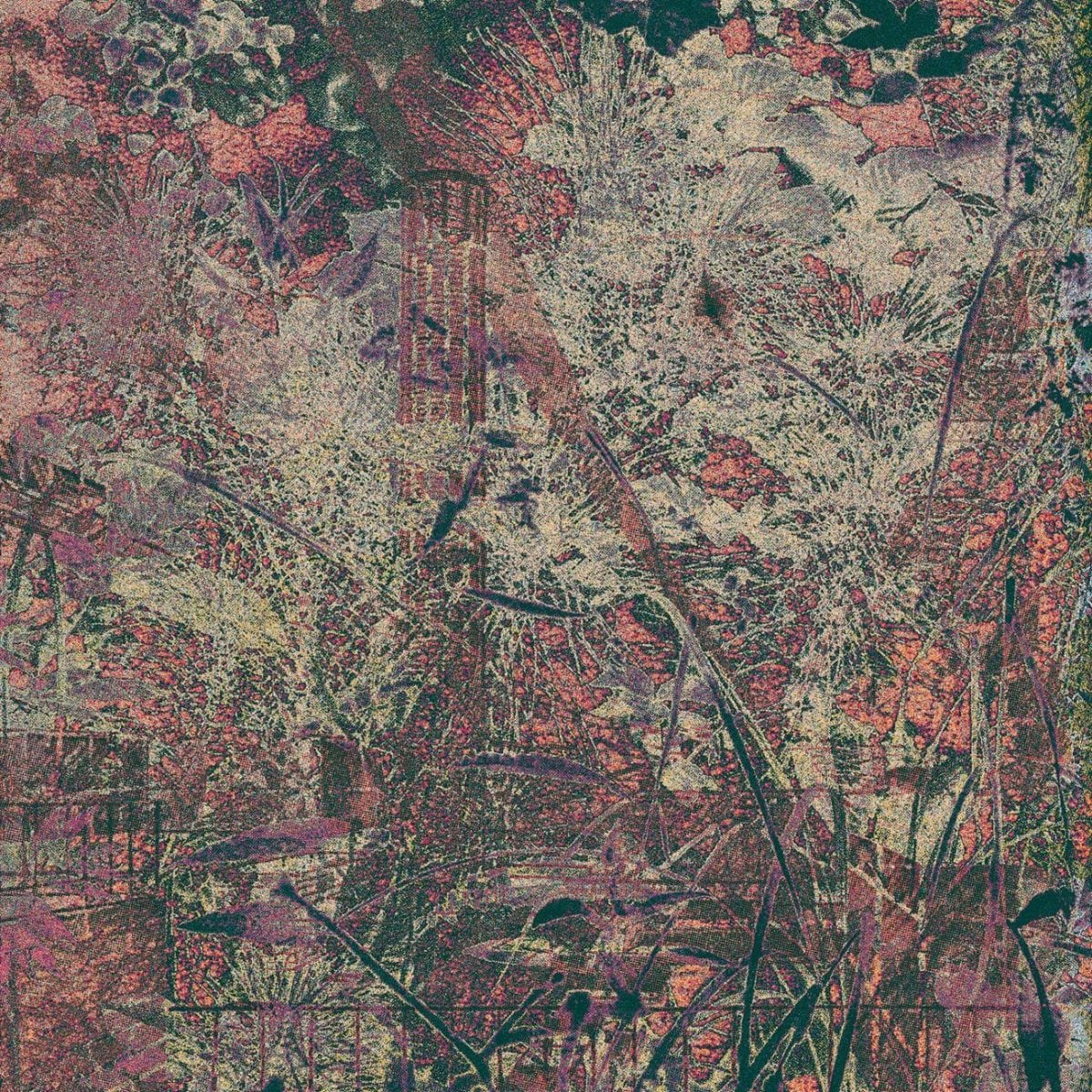 Formed three years ago in London by French expats Silvère Letellier and Emmanuel Corre, Nummer has gone a long way since its inception. With no less than seven EPs and a tape recording of their live from November 2014 at The Waiting Room under their belt, Emmanuel and Silvère have sure kept themselves busy over the last couple years, laying the foundations to a singular imaginarium replete with minimalistic dubs, finely-textured ambientisms and swinging deep-house beats.

Crowning this accelerated growth, Nummer’s forthcoming debut album ‘Second Sight‘ – out shortly via the ever-amazing Going Good, bears the seal of a duo at the peak of its powers, sweeping a lavish spectrum of sound where Basic Channel and The True Underground Sound of Rome rub shoulders with Ron Trent and Theo Parrish. We caught up with the now Berlin-relocated pair to discuss their creative process, sources of inspiration and special relationship with Brian Not Brian’s forward-pushing imprint. 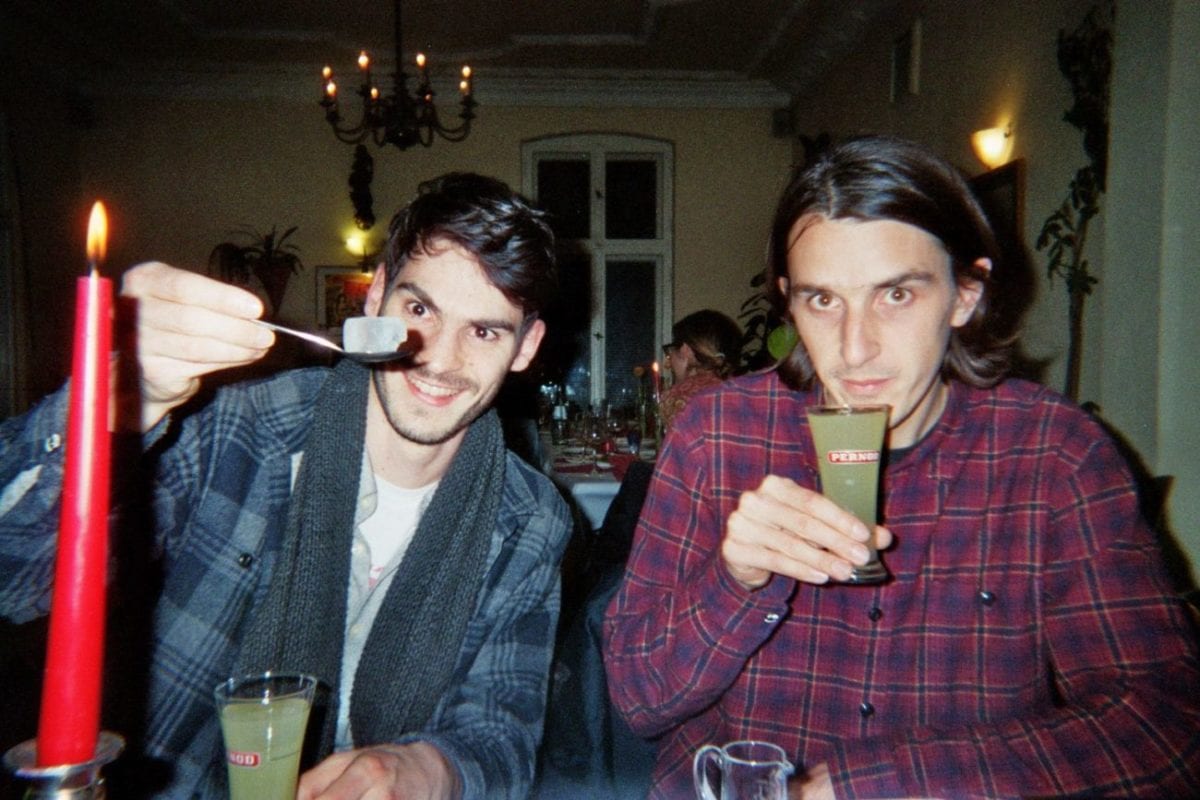 ‘Second Sight’ is your debut long-player. How did you approach this shift to the full-length format?

Silvère: We actually started recording these tracks some time ago, it was originally individual tracks that we’ve put together for Brian and Sal, which evolved into what ‘Second Sight‘ is now. Luckily Going Good had planned to release a couple of records before ours so plenty of time was available to us, we worked without pressure at our new studio in Berlin.

Emmanuel: For the first six months in Berlin, we recorded a lot of new material – we had in mind that we wanted to do a long-player but weren’t so sure where and how to start. It’s only after a little while that we thought “shit, these tracks actually work together!”. We compiled everything and sent it to Brian and Sal who were equally excited about idea of an album!

Did it imply changes in your recording methods?

Silvère: We have never changed the way we produce music, it’s mostly down to the current mood and weather… Moving to Berlin and having the studio space was obviously a game changer but when it comes to music we’re pretty steady in the way we work.

Emmanuel: Agreed, the move had a big influence on our sound (creatively and in quality) but didn’t actually affect the way we produce. We’ve slowed down the BPM slightly which reflects on what we’ve been listening too lately.

It’s your third collaboration with Brian Not Brian’s Going Good label. How did you get to work together?

Emmanuel: I met Brian at Kristina Records in Dalston, where we worked together behind the counter for about six months. This really was a huge chance for me, not only because we got to release on Going Good afterwards, but because Brian introduced me to a whole new world of music with his (stupidly) deep knowledge, comprised of countless obscure facts, Discogs rumours and YouTube classics (this video of Terrence Parker being one of them).

Why not release it via your own label?

Silvère: 2016 was really quiet for us in terms of releasing new material, we wanted to keep it special and put it out with someone that we’re confident would really push it forward and in the best way possible.

Emmanuel: That’s it, in our opinion, Going Good are amongst the best labels out there and it just felt right to carry on with them for the LP.

Where did you draw your inspiration from for this album?

Silvère: It’s hard to define, we both listen to a very wide spectrum of music. The album is a very genuine illustration of our personal and musical backgrounds from our growing up time in France, the years spent in London and what’s happening now in Berlin and the world. There’s not two days in a row where we produce similar sounding tracks, the general feeling is very open, almost random, and we like to keep it this way.

Emmanuel: This album is indeed a good representation of our main influences. We both have a strong affection for the whole late 80s / early to mid 90s era, be it techno, house or hip-hop. Back then, these genres were yet to be defined and a lot of producers had no boundaries in what they were doing, which resulted in some really sincere music pieces. Carl Craig, for example, is a huge source of inspiration for me and also a good symbol of the eclecticism going on at the time. Maintaining this randomness in our music is really important to us and keeps us alive, for sure.

What’s your studio comprised of?

Silvère: Our studio hasn’t changed much in the last 2 years, we tend to work with the same gear, trying to explore as much as possible the potential of each piece of equipment. Overall we like to oppose analog to digital, oscillators to operators and having the most interesting spectrum results. Hopefully we can invest in more equipment soon and get even more creative although it doesn’t necessarily work out that way. 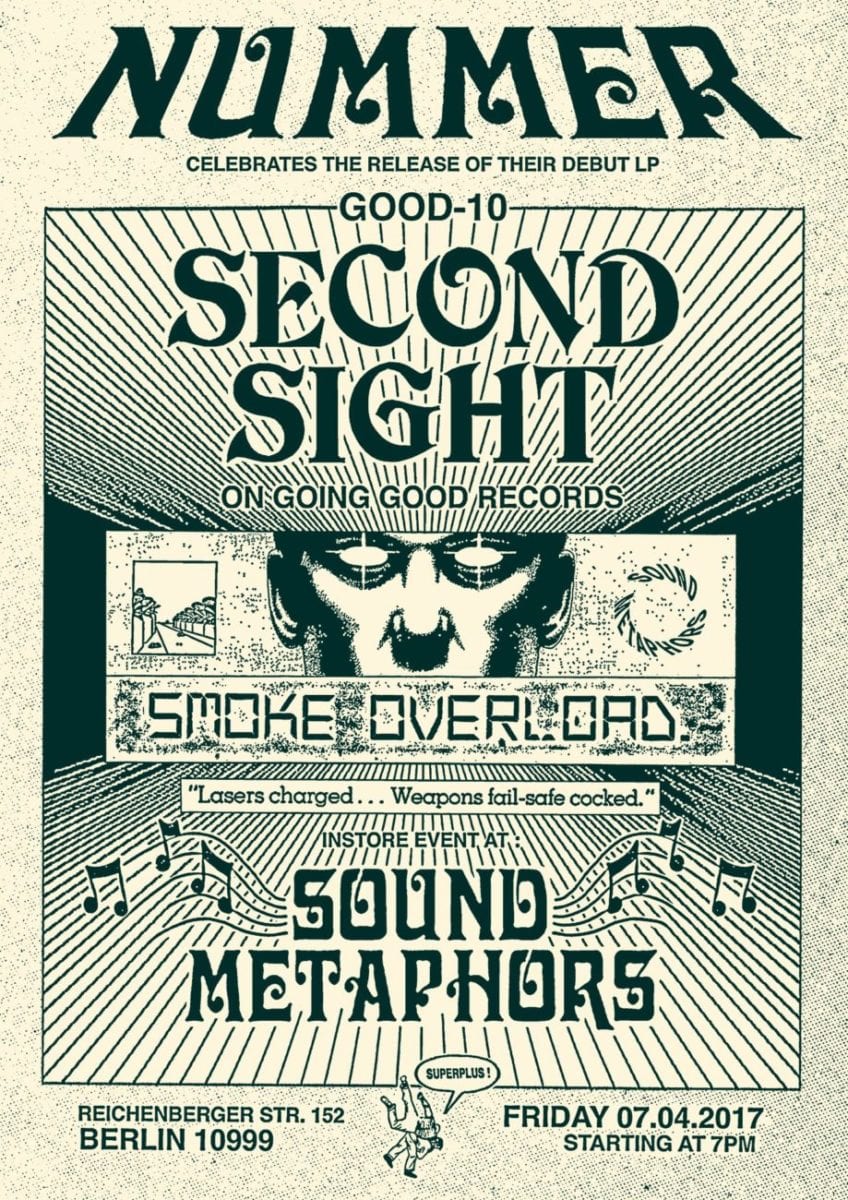 Any essential piece of gear that you couldn’t do without?

Silvère: We’ve bought a bad ass 16” subwoofer when we moved in the Berlin studio. No way we can do without it now!!

Emmanuel: The subwoofer was definitely a big step-up and had a great impact on the way we shape our music. I don’t think the album would sound anywhere close to this if it wasn’t for the sub.

What’s been the starting point to Nummer? How did you guys first meet?

Silvère: We met in London in 2010, I was looking for someone to play with me for a night at The Castle in Whitechapel. A friend in common (Big up Nassim, we owe you one) hooked us up and within six months we started producing some tracks together.

Emmanuel: I had just moved to London the day before and Silvère was basically the first person I met there. We got along straight away and carried on organising parties at The Castle for a couple years.

What is your background in music? Did you learn to play any instruments before dabbling in electronic music?

Silvère: Honestly I don’t think it matters, haha (at least in my case). I had fun playing with samplers and vinyl decks when I was a teenager but nothing too serious… It surely gave me some confidence working with electronic devices but not much of a creative process.

Emmanuel: I used to make silly tracks with Guillaume from Atelier Superplus (the man behind all our artworks) when I was 17/18, using Reason, that’s about it. At the time, I guess I was more about digging new tracks and when we first started making music together with Silvère, I was pretty clueless regarding the whole thing!

The fact that none of us were classically trained musicians gave us the freedom to experiment at our own pace and learn bit by bit. Up until now, what’s coming out of the studio is based on intuitive research, luck and editing, this has been our recipe since the start and we’ll probably stick to it for a little while!

Silvère: It was a record that I’ve lost since actually, an excellent one from Steve Austeen & Dj Krooger called ‘Da Da‘. For some reasons it is not listed on Discogs, I’m pretty hopeless I’ll hear it again…

Emmanuel: Oh yes, that was Boo Williams ‘A New Beginning‘ on Relief (which happens to have quite an appropriate name). I had a crappy 128kbps rip of it and decided to buy a vinyl copy soon after to appreciate it in full. Timeless record that I still play to this day!

What’s your schedule reading for the next weeks?

Emmanuel and Silvère: Lyon on the 24th of March at Le Sucre with House Of Traps and Vakula, super excited about that one. 1st of April we’ll be with Lindsay (House Of Traps) again in Edinburgh at Sneaky Pete’s and London on the 16th of April for Pantheism at Shoreditch Platform.

Also we’re doing an in-store show at our favourite Sound Metaphors record store in Berlin on the 7th of April with smoke machine and a laser show… Big Up Nemo.

Also shout out to everyone involved in the album, Brian and Sal from Going Good, Guillaume from Atelier Superplus for the ever amazing art, Simon Davey at The Exchange for the mastering and all our friends for their continuous support.

Second Sight is released via Going Good on 10th April, pre-order a vinyl copy from Juno.

Discover more about Nummer and Going Good on Inverted Audio.