Jan Jelinek’s ‘Loop-Finding-Jazz-Records’ is without a doubt a pivotal album in the realms of experimental electronic music. Originally released in 2001 as the seventh release on Stefan Betke’s iconic and now sadly defunct imprint ~scape, LFJR has since acquired an almost mythical status, as well as harnessing hysterical prices on Discogs.

Since discovering the album back in 2006, thanks to a downtempo mix by Jimmy Edgar, the album remained on constant rotation and it’s safe to say it has in some ways soundtracked entire parts of my life. After years of searching high and low for a vinyl copy I ultimately came to acquiring a 12″ version of the ‘Tendency EP‘ but now thankfully the masterstroke that is ‘Loop-Finding-Jazz-Records‘ is seeing a repress via Jan Jelinek’s own imprint Faitiche.

The occasion was too good to miss so we caught up with Jan Jelinek as he reels over the process for arranging this reissue and looks back to 2001, gets onto the process behind recording the album in a small flat in Berlin and what ramifications LFJR had on his ensuing releases. 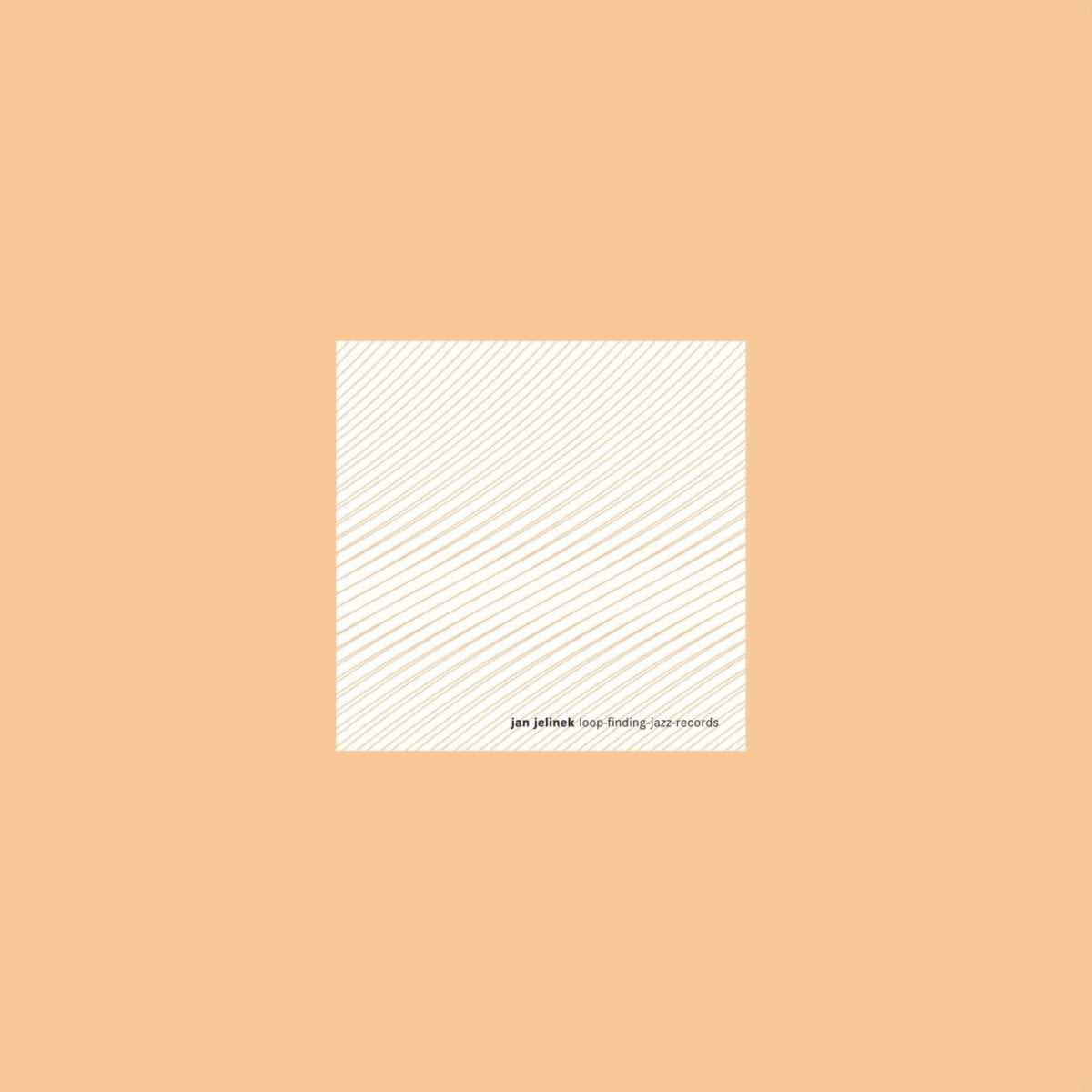 First of all thank you for finally reissuing Loop Finding Jazz Records – It is one of my all time favourite albums! Please tell us about the journey and challenges you faced to reissue the album.

Thank you. Well, I’m not sure if I would describe it as a journey. Actually the decision for rereleasing LFJR is based on a very pragmatical process: my distribution partner asked me last year and I said Yes.

I never thought about it before – but after the idea came up and I realised that it seems to be a sought-after item, the decision was easy to make. I never expected that there is really a demand for a re-release – the album sold well back in 2001 … Hopefully that’s a sign for well aged album. At least it would be nice to reach a younger generation with LFJR as well.

Loop Finding Jazz Records was originally released 16 years ago (2001) via Stefan Betke’s ~scape imprint. Looking back at that moment, did you feel that this album marked a significant step in your career?

Yes and No. On one hand it marked a significant step because I became all of a sudden a professional producer. No student jobs anymore – I even cancelled my studies at University. So economically it was the most successful release, for sure.

On the other hand it’s one out of many releases. My other releases reached totally different groups of listeners: ‘Kosmischer Pitch‘ became more popular in an alternative music scene, especially in the USA.

The first Ursula Bogner received attention in France, while my radio plays reached obviously a more academical audience in Germany, which never heard about Loop-Finding-Jazz-Records. So the reception of my work depends very much on the context.

Personally I would describe my catalogue as a constant drift. I was never interested in repeating, extending or improving one certain production methods. Even though I value artists, who follow this strategy, it never became a perspective for myself. The concept of a rapid, erratic and jumpy biography attracts me much more. You should risk breaks in style – especially as an already established artist.

Please tell me about the making of the album? Where did you work on it and what was your initial concept for the album?

The title already explains part of the concept: I focused my sample sources on jazz records because I was wondering if it’s possible to extract a significant sound, which stands for this genre.

Jazz music is mostly described with parameters ( -> virtuosity) which have nothing do with sound ideas. Practically I reduced the arrangements mostly to a function of the ASR sample machine: moving the loop-position with external controllers. Not all loops were synchronised, which caused an ‘acoustical glimmer’, that explains some of the titles (Moiré).

Even though the album title still refers to a certain music source, I never intended to do a Jazz influenced record. But it was just too tempting to observe how the reception will work with this title.

So the whole recording was mostly based on one item, the ASR10 sampler. I produced the album while I was still studying, mostly at night in my one-room flat in Berlin. An Atari computer was used as a rough sequencer, all equing and final layer arrangements were recorded live on a DAT. I actually still should have different versions of each LFJR-track somewhere on a DAT…

The album exudes a minimal sensuality, stitching together meticulously-crafted layers in supple, flexile combinations. It’s always kind of a mystery to imagine an ambient producer at work… How do you usually operate in the studio?

Mostly it’s an ‘interaction‘ with the machines. Long and time consuming seances with a technical apparatus where the result is open-ended. I’m not really an engineer – which effects positively my working process: the better you understand your working system, the smaller is the chance for surprises.

Unfortunately this innocent condition changed during all the years therefore I’m constantly searching for new items. I know that I’m sharing this burden with a lot of other producers. In general, studio work can be described as a very solitary process. You definitively should like to work and spend time on your own.

Looking on Discogs, people have forked out a lot of money to buy an original copy of Loop-Finding-Jazz-Records. Did the comments and demand for the album spur you to repress the album?

Yes, as I mentioned before. But the high prices for LFJR demonstrate also that the Discogs system isn’t working: Those prices are ridiculous high because a few professional Discogs dealers are influencing the whole price system.

So it is good to make this re-release happen – the prices for the original releases will hopefully fall down as well.

One of the site’s users praises you for immortalising the Mac OS 9′ default sounds in the album – is this valid?

That’s nonsense. I didn’t even own a Mac PowerBook back in 2000.

For me Loop-Finding-Jazz-Records is a pinnacle in the realm of glitch and experimental electronic music. It is as beautiful as it is timeless. What other releases in your discography are you most proud of?

Thank you. I have to confess that I don’t think about my work anymore, once it is released. But I still really like ‘G.E.S. – Circulation‘. Financially it was a problem child because it sold bad. But I remember that I really had fun working on it.

It’s a tape collage of choreographed field recordings. The whole album was produced in less than 3 months, it gathers only a small proportion of my output during that time. It was an extremely prolific production concept. 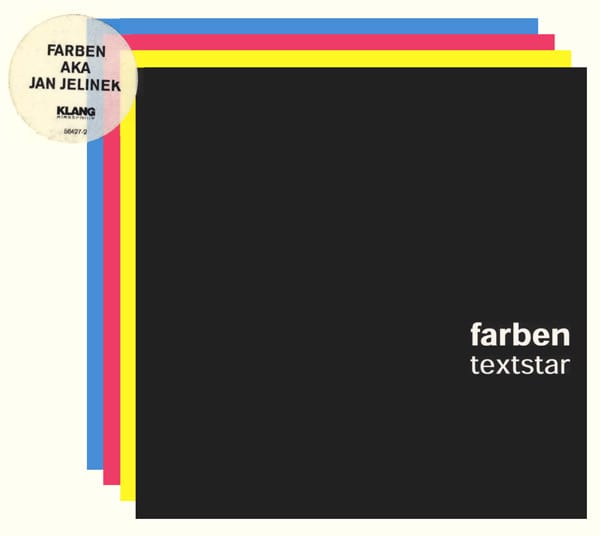 Will the reissue differ to the original – will it feature new artwork or unheard tracks?

The artwork will be the same – naturally without the ~scape logo. Additionally the b-sides titles of the ‘Tendency‘ EP are included as well, which makes me personally really happy. ‘Poren‘ is my favourite title from that time.

Are you planning on reissuing any other releases from your discography – repressing any Farben perhaps?

Nothing planned yet – but next year is the 10th anniversary of ‘Ursula Bogner: Recordings 1969-1988‘. My distribution partner already received a few rerelease requests. So perhaps this is going to happen.

Also ‘Tierbeoachtungen‘, my fourth long player for ~scape never has been released on vinyl. Would be nice to have a vinyl version of that one as well … But I haven’t thought about a Farben repress yet – a proper Farben long player was never released, which makes it complicated. The only option would be a compilation and I don’t know if people are really into this format.

Will you be planning any live shows to present the album to new audiences?

I don’t think so – I’m not a big fan of reenactments. It especially becomes pathetic when they are addressed for the same old, aged audience. I prefer to reach new audiences, which doesn’t necessarily means younger generations, with new projects.

The reissue of Loop-Finding-Jazz-Records is scheduled for release 28th April 2017, order a vinyl copy from Boomkat.

Discover more about Jan Jelinek and Faitiche on Inverted Audio.