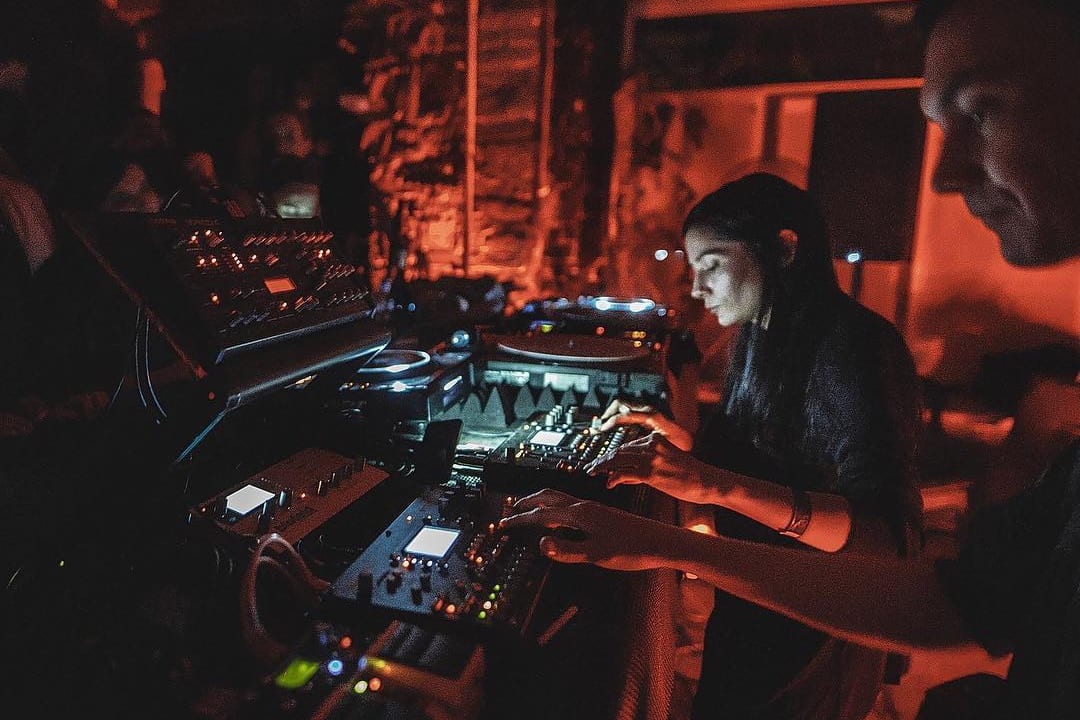 When it comes to frenetic thrills and exclamatory exploration, the Russian label of Trip has you covered time and time again. Nina Kraviz’s label has done laps around the dance music world in very little time – and it’s not just by its distinct visual flavour from the masterful Tombo, or the triple LP by Bjarki last year – but its various mini-albums that divulge into the crevices of techno and experimentation that peer ever-so subtly into Kraviz’s sets nowadays.

A standout in her recent Fabric mix was a track called “Broken Clock Is Right Twice A Day” by Russian duo PTU. The duo are known for their unique, brazen and bountiful rhythmic playfulness with a heady sense of urgency that bears to be felt with each passing kick drum, and that’s probably why Newtype Rhythms snatched them up to do a mix for their radio show – to accompany that, we’re providing a glimpse of the duo by having a quick chat with them before their debut EP being released on Trip on April 7th and even sooner, a live performance in London on Saturday, March 25th for GALAXIID at Printworks. 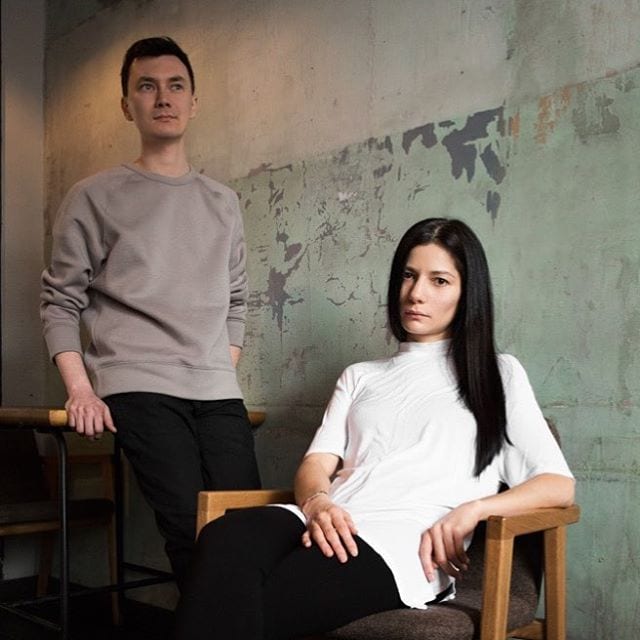 What are the origins of PTU? When did you two meet and decide to start making music together?

The origins of PTU lie in improvisation and Soviet analog synths; they have been available second hand and for a while didn’t have the appeal they do now – so it was easy to buy them for cheap or trade for something else.

The first ones we had were Polivoks, Electronika EM-04, Rhythm 2, Yunost 21, Opus etc. Those synths didn’t have any memory or presets, and the Polivoks had to be switched on a couple of minutes beforehand — so it “warms up” and plays in tune. There were a lot of unexpected little moments which made our improvisations much more interesting. At first we used Fruity Loops for drums, then Korg ESX and Korg EMX, now we’re using two Elektron Octatracks.

Back in the day, there were around five people in the band – we were all students, so we would sit all night long making weird sounds and recording unlistenable hour-long sessions. As time went by, we would be into different concepts, had side-projects and bands, but PTU always remained our first “home”, the place you can always go back to.

Your debut EP on трип is coming out in a couple of weeks; it’s not one genre or the other, but very specific a sound that would exist within the ecosystem of the label. What are some of the traits that these tracks share?

Except for “Yes“, which was recorded in 2015, there are no tracks on the EP could be easily classified. We try to escape ready-made decisions as much as possible – when you work on stuff it’s so easy to fall into the template trap, and there could be a chance the end result comes to out mediocre.

It’s not always conscious, more like a comfort zone; there are two of us so we try to be honest with each other: saying things like -“look, here you’ve made some stupid house pattern“, “this sounds like lame techno, merely an evening jam“, “and here you’ve made something resembling concrete music, it’s cinematic, it has some tensions, let’s remove all those familiar elements and turn your idea into something bigger, add some narrative there“.

We used to get this “experimental” tag attached to us for a long time, but it’s also can be misconstrued as a cliche. “What the hell is that? Ah, I get it, it’s experimental electronic.” We’re there and we are not there at the same time. 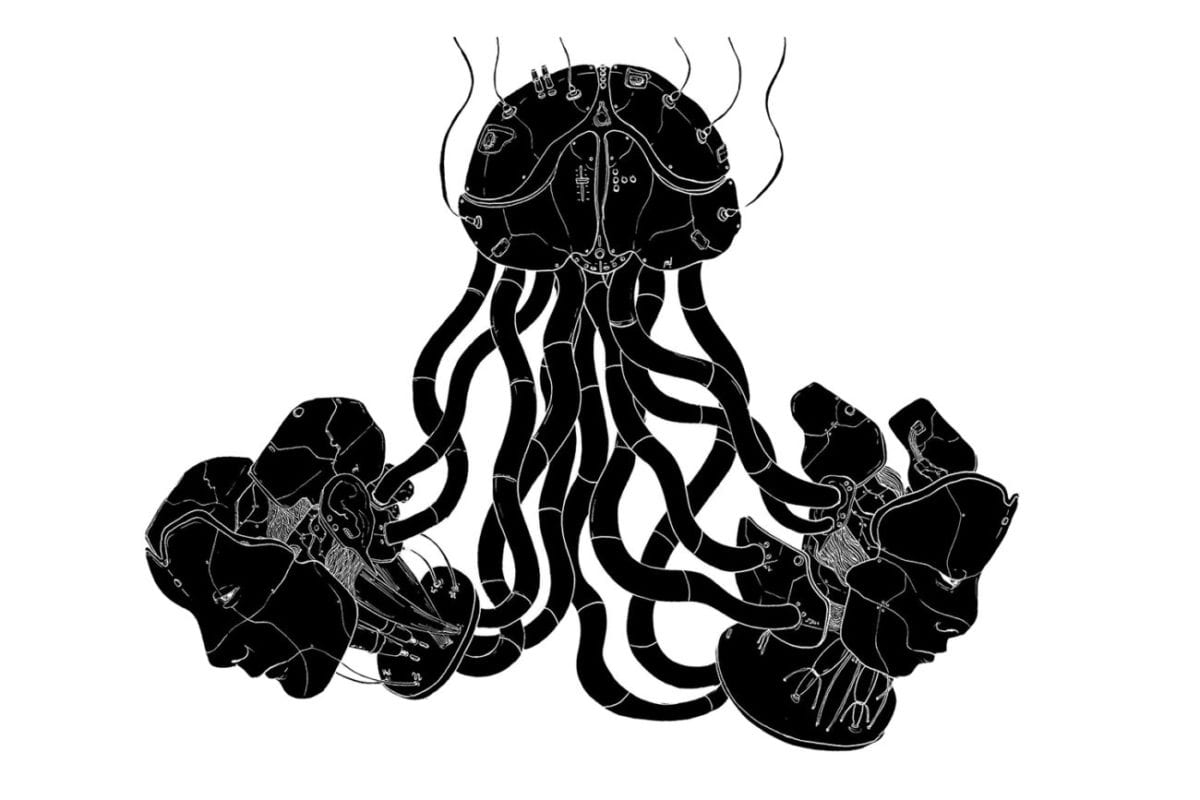 What were your initial musical influences when you started up PTU?

The first PTU recordings date back to mid-00s – back then we were really influenced by English and German culture: books, music, films, etc. We would read about music a lot and our mates all worked at CD stores or sell instruments – they definitely had encyclopaedic knowledge of music, it was never a dull moment for us when they were around.

We’d listen to krautrock, shoegaze, psychedelic rock, ambient, noise, IDM, dub, techno (both German and Detroit). The only things we didn’t really study then would be drum’n’bass, trance and R&B, we were really far away from that.

What does a live show of PTU consist of?

During a live set we’re triggering tracks and playing around with parameters. At some point a sample is played from point A, at the same time it can play from point B somewhere else, but with different speed and in reverse. It’s as if a DJ would be using 16 decks and 2 synths, something like that is more akin to our version of a live PA.

Finally, what can people look forward to from you for the rest of 2017?

In 2017 we’d really like to record an album without beats, a more abstract, conceptual one – something that can flow cohesively. This year will also have us trying out new music video concepts as well. Stay tuned.

Discover more about PTU and Trip on Inverted Audio.