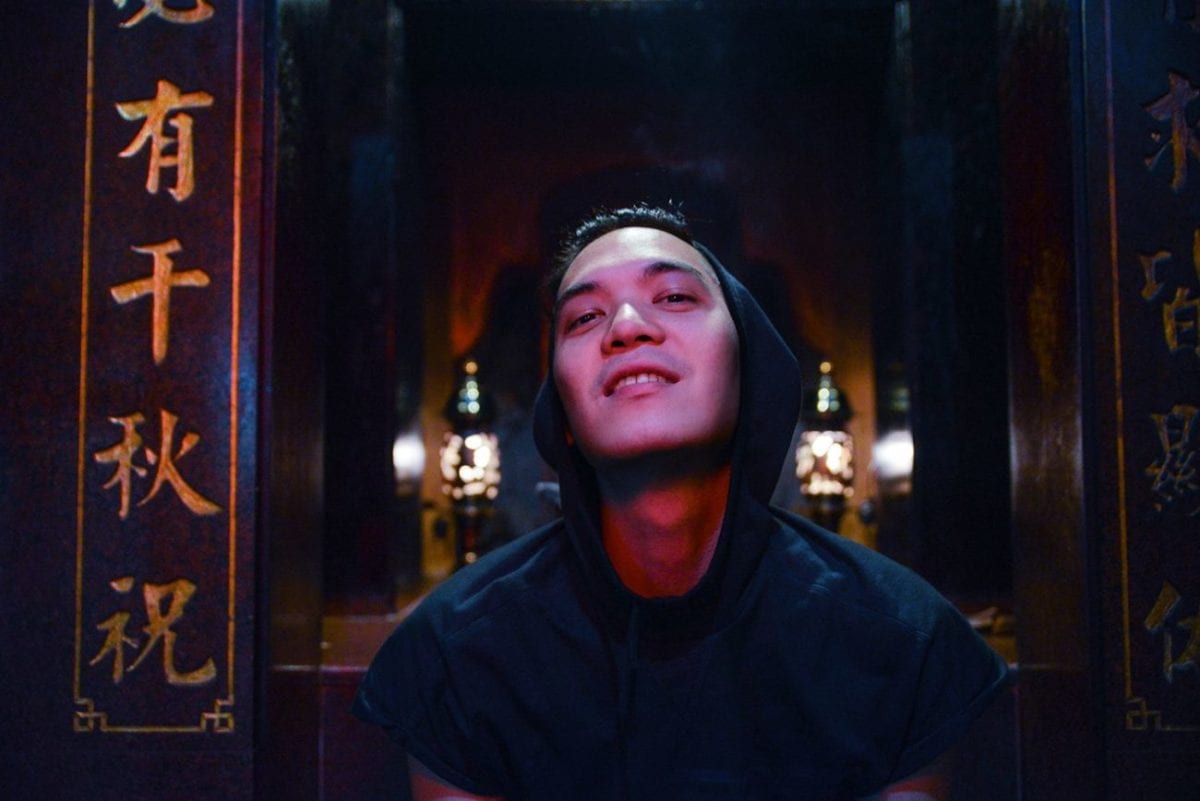 When the then unknown Malaysian-born, Taipei-based producer Tzusing stepped up for the first time on Ron Morelli’s L.I.E.S. over two years ago, a sense of indescribable excitement and extremely strong impression seized the usually unblinking black-nylon-clad techno aficionados by surprise. A raging rogue wave of big-room destroyers dressed with Asian folk complexions unfurled, fully geared towards wrecking havoc in between the four walls of a late factory or grubby dungeon-like basements.

The impact of his trilogy for the Long Island venture, ‘A Name Out Of Place‘, which has now reached its third and ultimate episode, prefigured the emergence of a new wave of Asian talents, whilst its take on the often stale and breathless state of 4/4 related things will certainly grant Tzusing a place in the pantheon of recent game-changing techno acts.

A further expression of the man’s astonishing talent at setting up equally melodic and gut-churning industrial grooves tailored for warehouse action, his debut full-length ‘東方不敗‘ shows a man in full command of his artistic capacities. We took the chance to find out more about the album’s birth and making, and spoke all things skate, literature, punk, MTV and more. 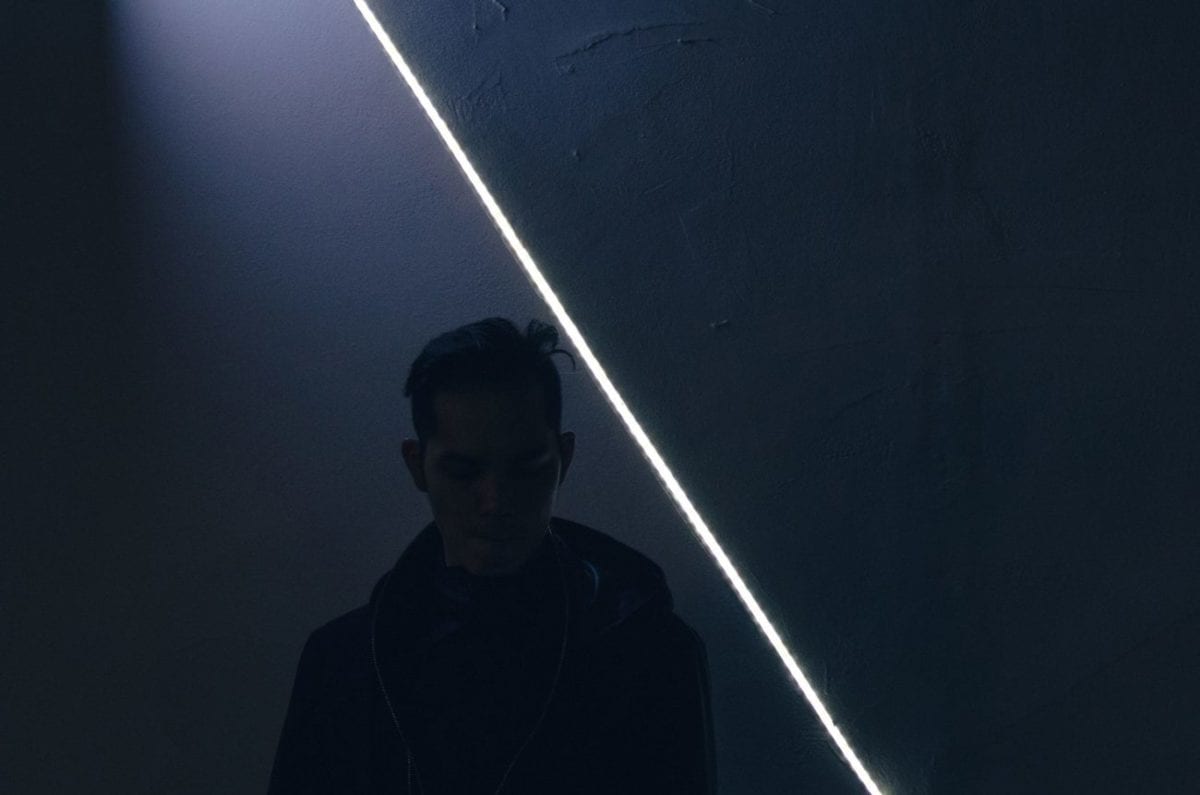 The label’s funnily labelled ‘東方不敗’ as “world techno” as it delves in familiar asian folk music tropes. Where do you pick these instrumental bits from? Are they live-recorded sequences or sampled elements re-arranged?

I use a lot of Bagpipes (ISMS from name out of place I) in my music but tweak it slightly in a way that it sounds like a suona (嗩吶, traditional Chinese music instrument) because I couldn’t find good suona samples. I had a suona in mind while writing that track.

I did eventually buy one online as I got really frustrated about the lack of samples but quickly realized I can’t play for shit. I could hardly figure out how to piece it together let alone make a sound from it. The acoustic instruments in my music are for the most part samples and re-arranged.

What’s with the title? What does it mean?

‘東方不敗’, taken literally, means “Invincible East”. But the album title is chosen because of who it refers to, not because I think the east is invincible in some nationalistic way. ‘東方不敗’ is a character in the novel ‘The Smiling, Proud Wanderer‘ by Jin Yong (金庸) about swordsmen that battle to find a secret scroll of which once you learn the contents, you will become the most powerful man (woman) in China.

But the one main requirement of the scroll is that you have to cut off your balls. So what is interesting is that to become the most powerful man you have to sacrifice the thing that is the symbol of power and masculinity. Negating power makes you the most powerful. The picture on the cover is Brigitte Lin (林青霞) from the Hong Kong movie based on the booked. 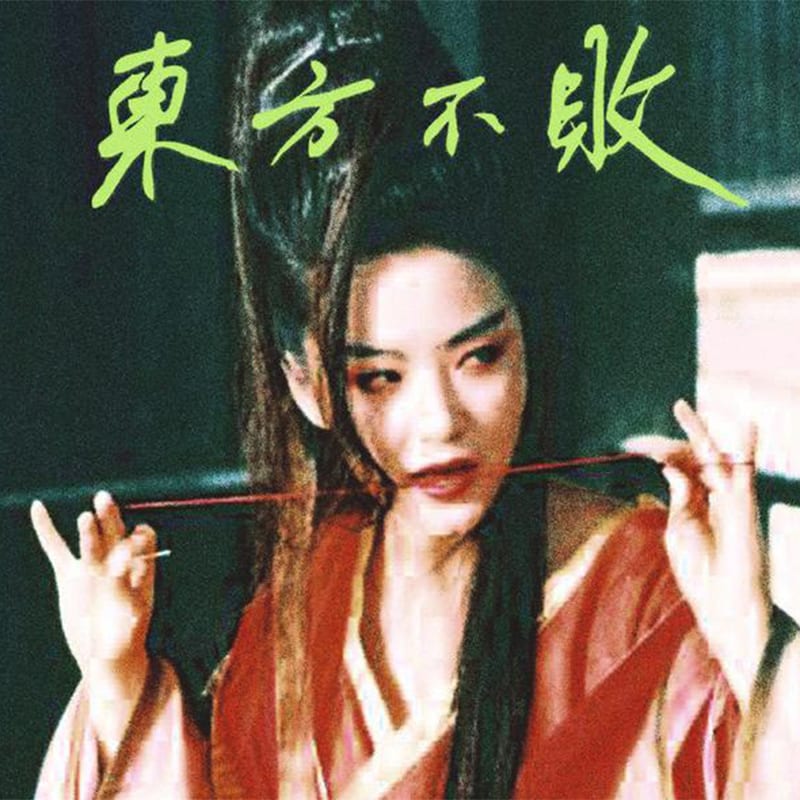 What was your approach for the album? Did you need to adapt your studio methods to the full-length in terms of spacing/creating a narrative-like rhythm/balance, or was it more or less the same process as for a club single? Did you have any “concept” or guiding line in mind?

As far as the technicality of it, it was pretty much like working on a club single, the main difference is I can indulge a bit and maybe slow down the BPM, not thinking about the dance floor so much. I often work with an image in mind, a feeling. 東方不敗 or at least that feeling has always been present with me for a long time. Even in my EPs before.

When did you first get into techno? Any founding record/live performance?

Around 14 living in Taichung where the western music exposure was mostly MTV and Prodigy, Chemical Brothers were starting to be played on it. Around that time this new student, Alex, an Asian-American, came to our school from Dallas. He was 2 years older than me and in my brother’s class.

My brother told me Alex had some techno music that didn’t sound like 2unlimited (my idea of techno at the time). He called it rave music and underground techno. I was super intrigued. I didn’t understand what “underground” was at the time. He played me Josh Wink’s ‘Higher State of Consciousness‘ and it blew me away.

It instantly made guitar music irrelevant in my life for a good amount of years. Also from the same Taichung town a Taiwanese DJ named JJ really made an impact on me. He is still fighting the battle at his store Blue Records. 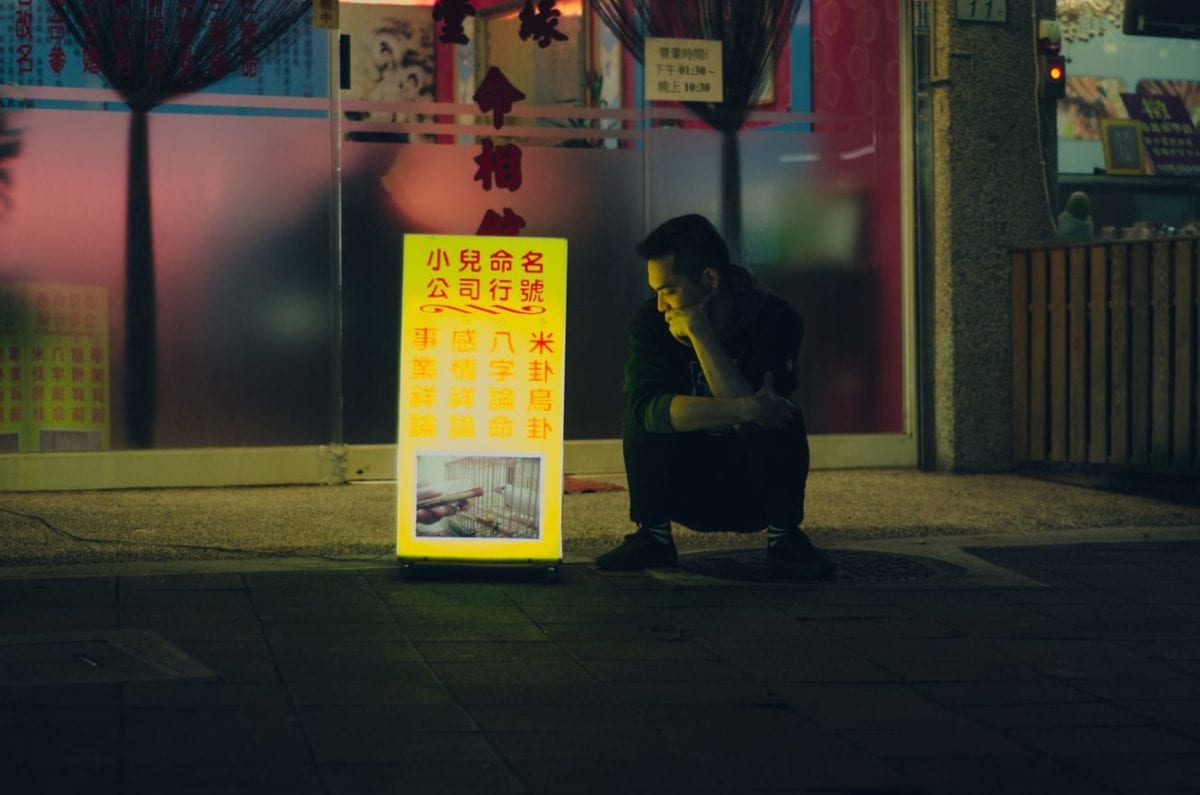 What prompted you to start producing yourself?

When I first heard this music it sounded so alien. I had to figure out what the hell was making this stuff and make some myself. I remember listening to all these tracks and wishing the producer would do this or do that to the song. Just had ideas of what it could sound like.

What’s your setup like? Mostly analogue, mixed or VSTs aplenty?

It’s all mixed up. I’m in no way a purist and enjoy the convince of the digital realm.

You said you were an avid listener of rock and punk music. What kind of impact have these genres had on your own compositions?

I believe you are referring to songs. Yes I love pop/rock songs. I often find it very hard to make tracks. It’s maybe because of this background, that I always feel like something is missing so my records have a slightly more song-y structure. 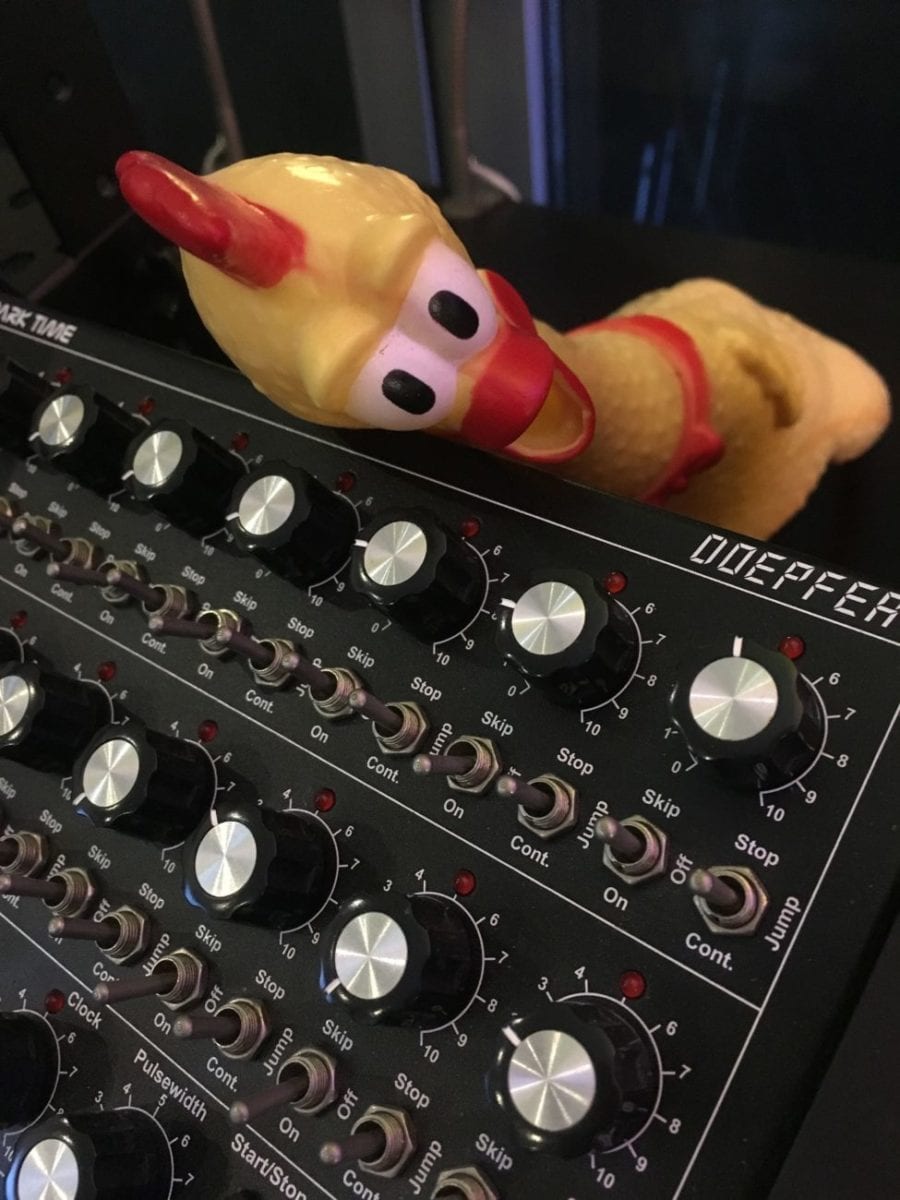 You’re operating out of Shanghai, which – I’m not gonna lie – I don’t know much about. How’s the local club scene going at the minute?

It’s a booming time but also slightly awkward. The main electronic music club (and my fav club in the world), Shelter, just closed down for good end of last year. There are still Elevator and Dada holding down the fort but a new version of Shelter should be coming up real soon. There are more Chinese young people into this music than ever.

Where are you usually hanging out? Any record stores and bars to recommend for when we visit?

What’s a day in the life of Tzusing like?

Wake up around 12. Grab lunch. Reply to business emails and communicate with my staff till around 5-6. Load up some music on my phone and go skate. Annoy pedestrians even though bikes also ride on sidewalks in Taipei. Come home and maybe work on some music. Be late for dinner with my friends.

As a skateboarder, do you just free-ride or perform tricks?

I probably have the record for most amount of time spent working on tricks. But that was also in middle/high school. I now cruise around and go the skatepark to roll around transitions for exercise. I cannot do the gym or jog so this is the alternative.

What’s your favourite skate part ever? I’d say mine has to be Mark Gonzales’ from Video Days or any part of Daewon Song’s…

This is impossible to answer. But on an impulse I would say Eastern Exposure Zero. Maybe because of the way the videos sounds. No music at all just the sounds of the city and the skateboard. Gonz is amazing I can watch him just randomly skate around and move through the city. I’m definitely from the school of skateboarding that is Gonz. Technicality and competition is boring to me.

What’s your schedule like for the coming weeks? Any release party to celebrate?

Tour schedule down below! 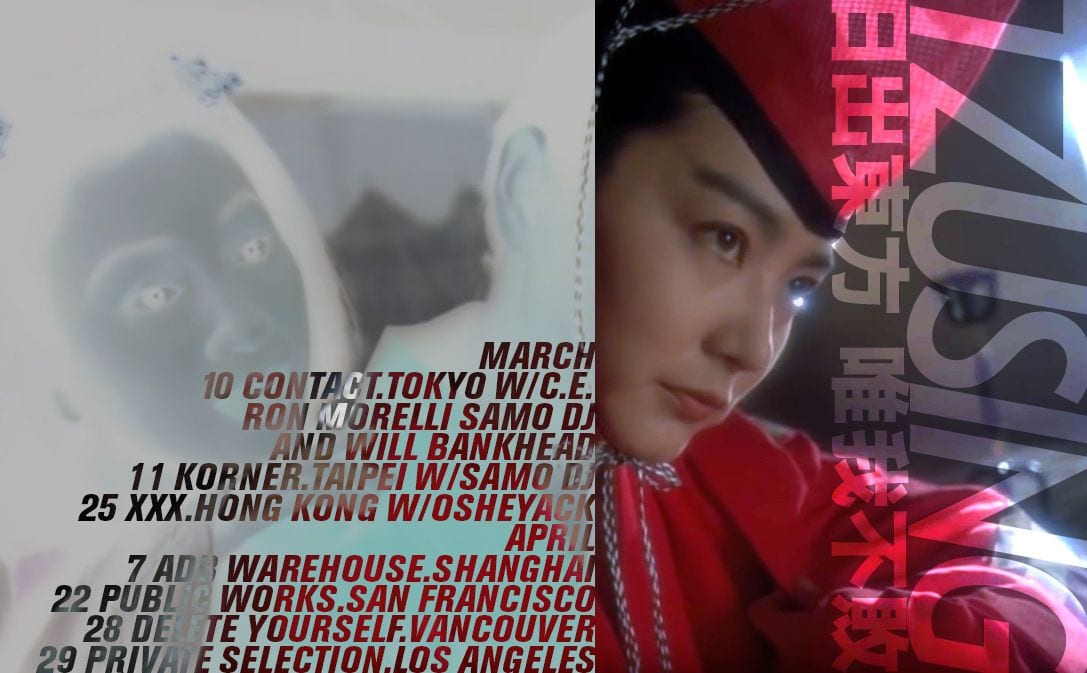 Tzusing-東方不敗 LP is out now on L.I.E.S. pick up a copy from their web store.

A1. 日出東方 唯我不敗
A2. Digital Properties
A3. Esther
B1. King Of Hosts
B2. Nature Is Not Created In The Image Of Man’s Compassion
B3. Post-Soviet Models
B4. Torque Pulsations