Down an East London back alley, in the basement of a large warehouse and at the end of a warren of dark corridors. This is precisely the kind of studio space where I expect to find Quinn Whalley and Gerardo Delgado of Paranoid London. Especially as they are sat in the midst of heaps of analogue kit, numerous empty Asahi bottles sprouting from various places throughout the room.

With such a diverse line up it will come as no surprise that Quinn and Del have spent a significant portion of their lives immersed in music scenes either side of the Atlantic, absorbing myriad influences and genres to eventually land on their current gritty anarcho-acid club sound.

Like many in the UK who grew up in the ’80s, their journey began with Morgan Khan’s Street Sounds label, films such as Beat Street and London’s pirate radio scene. 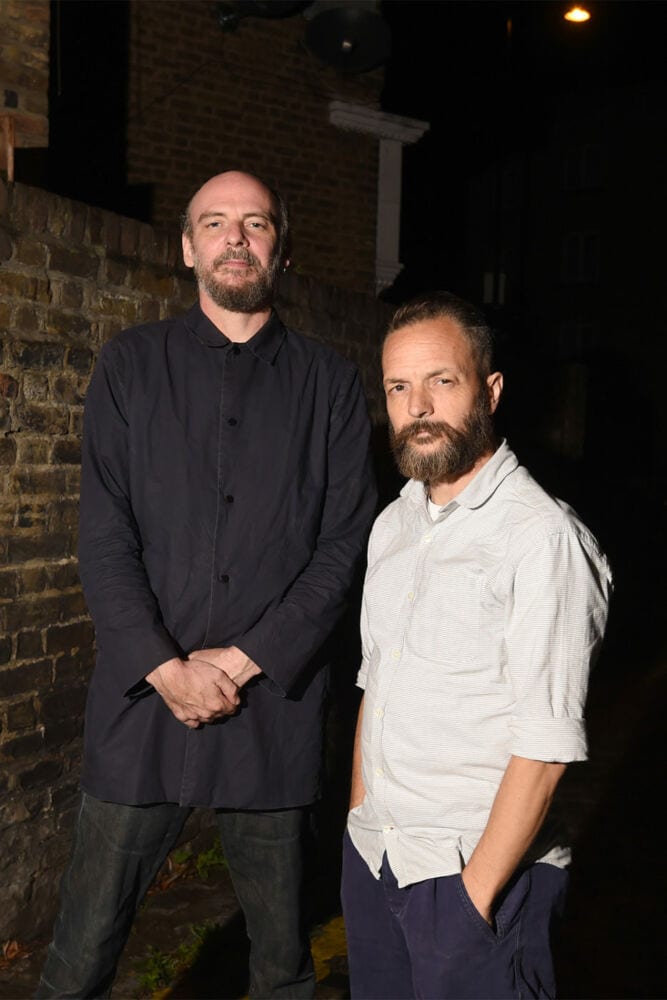 Quinn: “I grew up in South West London, and electro changed everything for all us kids there. There was Kingston Precinct shopping centre which was closed on a Sunday..everyone would go there and put their lino down and play the Electro compilations and breakdance.

I was in a break dance crew called “Electric Patrol”. My Dad was a musician and had one of the first porta-studios… we made a lame rap…four twelve year old white kids doing the worst rap you could imagine!”

“In 1986 Morgan Khan organised a massive concert called UK Fresh with all the UK and American acts at Wembley Arena – we entered a competition at the event to get our single on the next Street Sounds compilation. I learnt to scratch on one of those mono record players that you could stack 45 records on. We didn’t win – our entry was so lame!”

“Through electro I started to explore things like James Brown, funk, breaks..through to disco and gay culture.. and also Jazzie M’s show on LWR where he used to play house music..then acid house”

Jazzie M became a linchpin in the UK music scene – introducing tracks like Armando’s Land of Confusion to LWR listeners and going on to sign Orbital’s Chime to his Oh Zone label. But prior to the explosion of rave, musical genres were surprisingly at odds with each other.

Del: “DJ’s were trying to play house music in hip hop clubs and absolutely clearing the floor. There was abuse…I went shopping for hip hop records at Groove Records on Greek Street… a proper hip hop shop. Then I’d go four shops down to Trax Records, a gay record shop, and get abused by people outside for just going in there which was brilliant…I thought if you are really that scared of something…I’m on to something!”

For the open minded music fan in the mid to late eighties this was undoubtedly an exciting period of discovery. Word of mouth and personal recommendations were the best route to the secretive new worlds being built around club culture – something Paranoid London later drew experience from by limiting their early vinyl only releases and creating hype for tracks such as ‘Paris Dub 1’ by pressing fewer records than they had orders for. The ‘want’ numbers on Discog’s for tracks such as Paris Dub 1 and Eating Glue speak for themselves.

Trips to New York to buy records and DJ followed, alongside visits to the legendary Tunnel club. Hanging out with the city’s freaks on the fetish scene opened their eyes to new scenes and people. Back in London, clubs like Rage and Land of Oz also shaped their musical taste.

Quinn: “Rage and Land of Oz were kind of our Roxy (the club from the Beat Street movie)..you’d have pop stars, gothic kids, punks, rent boys….there was this really cool mix of people”.

Quinn: “Colin Favor is my absolute DJ hero – he’s not mentioned a lot. For the first couple of years at Rage he was the DJ on the main floor and came from the alternative scene, originally playing Cure records at The Camden Palace and then getting in to things like New Beat and techno. I trod on his toe once… which was one of my highlights at Rage – ha ha!”

It’s this mix up of styles and influences that permeates the Paranoid London sound – straight up club bangers hewn Chicago style from Roland gear , quality left field guest vocalists adding a punk / freak angle and a shared production ethos of less is more, especially when it comes to top end. 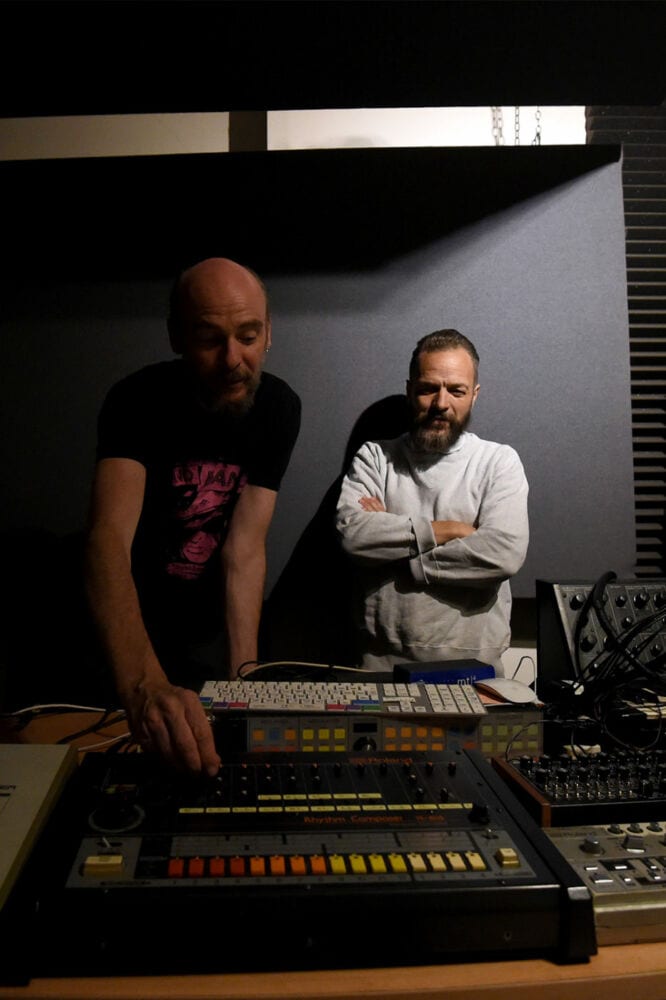 Quinn: “There’s too much top end on records now…everybody wants their records to sound like they are recorded really beautifully but they are often over produced. When we found how to filter our records in the right way that was essentially the breakthrough.”

Del: “We both looked at each other and went – that’s the sound!”

Quinn: “Our records are essentially mono and there’s no high end on them – the only stereo stuff is usually effects on a vocal. There’s no panning on anything. When there’s too much going on it annoys you and it becomes an effort to listen to. Most PAs in clubs are mono anyway. We don’t make stuff to listen to at home or headphones, we make it for the club.”

Del: “We don’t want you to go home after the club and put our records on..it’s not for that moment..there are people way better at that than we are.”

Quinn: “We want to make records that make people fucking dance and get off with each other while they’re dancing and do crazy shit!”

When it came to choosing the guest appearances for ‘PL’, it’s almost as if they raided their childhood hero memories – legendary New York producer Arthur Baker even emailed them out of the blue to request a remix of a track he’d worked on with Vega, a piece which eventually ended up on the album.

Quinn: “It’s a mental feeling…we got Arthur Baker…Vega was my hero….Topping was Del’s hero…absolutely mental…Del got hold of Simon Topping by just phoning him up!”

Del: “I hate emails and social media and all that… I asked Jon Da Silva for Simon’s number. I thought, Jon’s from Manchester…he must have his number…and he did! So I phoned him up, he answered and explained he was tuning pianos and he’d call back. If you want something done get on the phone..ask them directly and they might say yes! He called back and the next week he was straight down on the train and we recorded the track in a day.”

In the background to our chat, Quinn has been firing up a few tracks. There’s an immense unreleased breaksy / electro version of the Topping track, a hilarious comedy selection of ragga tracks that have an excellent dig at homophobia in the ragga scene plus some new properly filthy sounding Paranoid London style club tracks. They are pretty coy when I ask them what they are planning next musically….