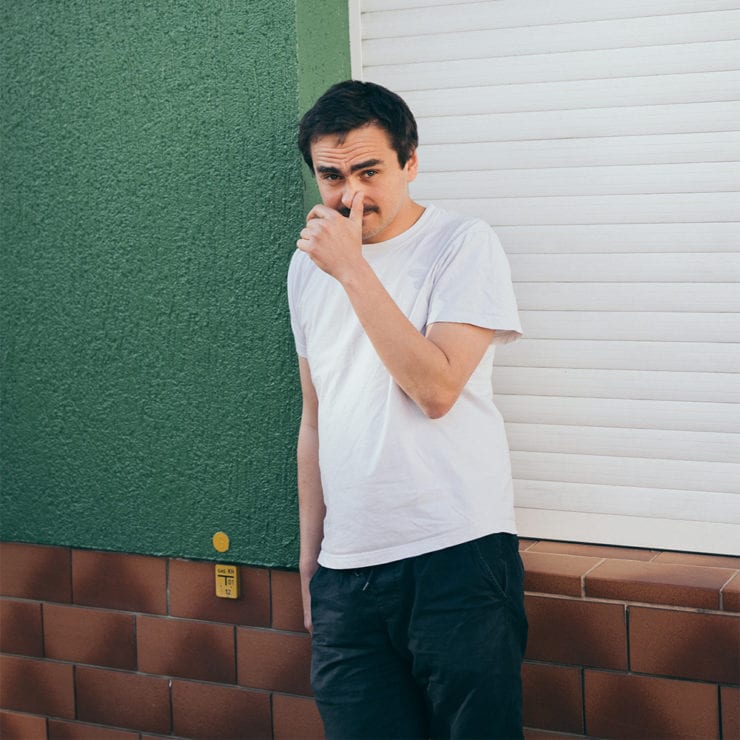 Ahead of his performance at This Is Not…A Party in Amsterdam with Iron Curtis, Sevensol and Antepop on Saturday 19 October – guest writer Theresa Baumel caught up with Dj Balduin to learn more about his musical upbringing and how his connection to the Leipzig community helped shape and influence his musical career. Dj Balduin has also recorded an emotive mix for the event, listen below. 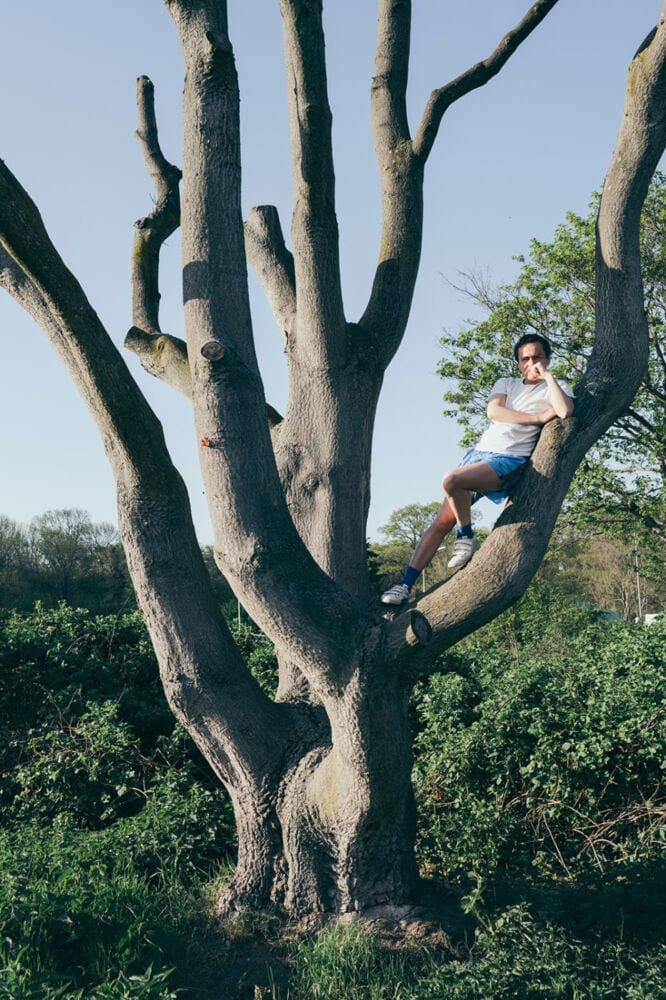 Hi Christoph, thanks for taking the time to answer these questions. How did you first get interested in electronic music?

I grew up in the late 90s in a very rural area in the far south of Germany and had very little contact with electronic music. TV broadcasts of big events like Love Parade and May Day got me hooked to this music.

I started collecting records and DJing when I turned 16 years old. After I got my drivers license I started going out to clubs to get to know people. Soon after that I started playing gigs quite often in the area around Lake Constance.

I did a lot of warm-up sets for bigger names, which really taught me a lot about what the crowd needs and wants to get the party started. I have good memories of that time – the scene was very small and intimate and the after parties were glorious. Especially the occasional all-nighters I played at Kantine in Konstanz have a special place in my heart. This was also around the time that I started producing too.

Because of my studies, I moved to Berlin for a while and had a big turning point in my life where I questioned a lot of the things I did creatively and took a break from DJing. The following years I focused on other stuff, finished my studies in Constance, lived in Halle, Weimar and went on an annual exchange in Tokyo from where I decided that I should give my musical career another chance.

I returned to Weimar and started an event series with my buddy yet unseen, with whom I play as Feuerbach. That was kind of the starting point for GLYK and the new moniker Dj Balduin. Now I have been living in Leipzig for two years, and GLYK is based here too.

The scenes in Weimar and Leipzig seem to be closely connected and if you mention artists from these cities, faces in around the world light up, there seems to be something special about the creative output in electronic music from this area. Why do you think that is?

I perceive the scenes in both cities to be quite different from each other. Leipzig is a proper city. There are a lot of crews, clubs and labels, which have existed for years, even decades in some cases. When you get to know the scene in Leipzig you can sense the strong community spirit that people have built up and continue to create there.

Whereas in Weimar, there is no nightlife infrastructure. There are no permanent clubs and very few party locations. Given how the city layout and size, it is almost impossible to not get to know each other. When there is a party, everybody goes there because usually there is no other event to compete with. That’s why it is easy for people to connect with each other and start something on their own.

However, it is a certainty that when students finish their education, they leave the city for other more music and art centric cities like Berlin and Leipzig. The Weimar scene always belongs to the next generation of students. I still visit Weimar quite often and it is nice to randomly bump into tiny house parties or attend an intimate ambient happening organised by friends that still study there.

Nachtdigital was one of the centrepieces of the Leipzig scene. It was a weekend full of love and Herzschmerz, how did you experience it yourself?

When I was starting to go to clubs and festivals it was my dream to go to Nachtdigital at some point. Back then it was just not possible to get tickets because it was always sold out crazy fast and it was also quite a long way from where I lived.

Years later, one week before I left to Japan, ‘yet unseen’ who was going to attend Nachtdigital, called me and asked if I wanted to have a spare ticket. I didn’t even know him that well back then, even though he also studied in Weimar, but I guess he knew that I am also interested in this kind of music.

As a result of attending Nachtdigital that year, I got to know most of my Leipzig friends. I felt very welcomed and had such a great time. It was clear to me that I had to go to this festival again when I returned from Tokyo.

I really liked the final edition of Nachtdigital. I have huge respect for giving projects a proper ending. You hear so many people talking about other festivals like “it’s not what it used to be” – I’m glad that we won’t hear that about Nachtdigital – the Mint edition was a blast. 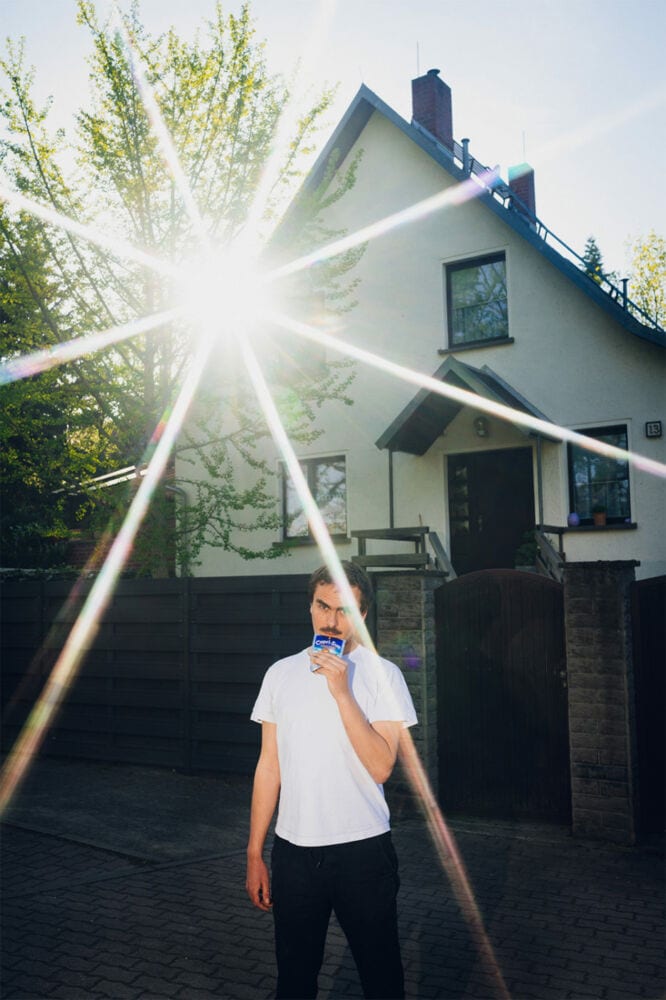 Let’s talk about a bit about you as a producer. Your debut ‘Vvigmara‘ EP shows an impressive range from ambient to driving deep house – what were your main inspirations and what does Vvigmara actually mean?

The word Vvigmara is the first written mentioning of Weimar. It translates roughly to “sacred swampland”. There were so many things going on for me personally at this place. I had the urge to make this record a tribute to, but also a conclusion of, this city and time.

A year later you released on Kompakt –  how did that release come about?

When I had the idea of starting a label and finding a distributor, Kompakt immediately came into my mind. One day I was visiting Cologne with some friends, I put the first record of GLYK on a CDR, walked through the door of their record store and just asked if they were interested in distributing my label. They were super nice, but also kept things realistic by saying that they aren’t adding many labels to their roster anymore.

Four days later they wrote me an email that they happily would like to distribute GLYK. From that point on, there was no turning back on starting a label. Since mid 2018 I started to send out more demos, because before that I was pretty shy with sharing my music.

At one point I was like “surely the Kompakt people would like to know what I’m up to these days” and sent my whole demo batch over to them. I really wasn’t expecting a call from Michael Mayer with an offer for a release. Kompakt is really good to me and I’m very thankful for that.

What changed after you started to work with Kompakt?

It definitely helped getting attention for me as a DJ and GLYK. It is rough these days to put yourself out there.

Producer versus DJ – how do you think one influences the other?

When I’m playing a DJ set, everything happens in the moment. In the best case everything feels natural and flowing, without much effort. It is quite the opposite when I’m producing.

My process in producing almost always starts with ideas that came to me in all kinds of situations. Walking through the park, having a nap or a nostalgic memory. I try my very best to translate these into songs. It feels much more like work. But in the end I have a product that transmits the mood that I wanted to achieve.

DJing and producing obviously inspire each other. A lot of musical ideas come to me during parties and I imagine being in certain party situations when I’m producing. I really want to try to switch this relationship in the future and create a loosely planned live set with patterns I found by jamming in my home studio. It’s nice to know that I still can discover new territories in performing and making music.

You also run the record label GLYK, which translates to “luck” in English – How do you go about selecting artists to release on GLYK?

GLYK translates not only to (having) luck but also to (feeling) joy. In Germany the proper spelling of ‘Glück‘ is quite a cheesy word, which I was not keen to use as a label name. I found this old spelling in a poem engraved on a stone in Weimar and immediately liked that the word felt like it was from a mysterious language, without losing its uplifting meaning.

I dig Bandcamp and Soundcloud a lot. I find a lot of artists there that don’t have many releases so far. I really don’t remember how I found EB Kings music, but I fell in love with “Buffalo Heart Giant” immediately. I asked him if he could send me the track so I could play it in my sets and after some chatting we decided to make a record on GLYK.

I am always in contact with little known artists and I hope to make more records like this. This is one of the more precious things about the web. Being able to find music through algorithms, contact someone thousands of miles away to tell them that you like their stuff and “by the way, let’s make a record”. Other than that I also enjoy making records with people I know. GLYK is the label on the one side, which is run by me.

But on the other side there is an inner circle of friends with whom we organised some pretty memorable events in Weimar and still continue to organise. Some of them very intimate, some more open. Everybody involved shaped what GLYK is today, because I deeply care about their opinions and that they are somehow involved in this project.

On October 19 you will play in Amsterdam at This Is Not…A Party with Sevensol, Iron Curtis and Antepop. For the ones that have not had the chance to experience your music, what can they expect?

Hard to tell, it depends on my mood and the mood of the party when I’m starting to play. You are part of the whole thing. Give, don’t expect anything, and we will have a great time.

What are you up to next?

I am preparing the future releases of GLYK. The next one, an electronica album by a band called KNAT, is coming in November. I am also trying new paths in my production style. So maybe I will release something through a different moniker at some point. A week after ADE (26th of October) I am going to play at Lux Frágil in Lisboa together with Michael Mayer and I am really looking forward to that night.

You put together a mix for this feature. Tell us about it.

I prepare every DJ mix differently. Sometimes I record sessions in one take. Sometimes I construct the whole set in Ableton Live. It really depends on what I want to express. For this set I did kind of both. I prepared a lot of tracks beforehand, played around with them while DJing at home, and in the end I reconstructed the best parts on the computer and added elements where I thought something is missing. I wanted to have some kind intimacy in the mix, so I added some tracks of friends or future GLYK releases.

This Is Not…A Party is a unique not-for-profit community event – a labor of love and a gift by the community organisers who strive to create a space for artists, DJs, and music enthusiasts, to collaborate and participate in a thoughtfully curated and produced music event.

Discover more about Dj Balduin and Kompakt on Inverted Audio.