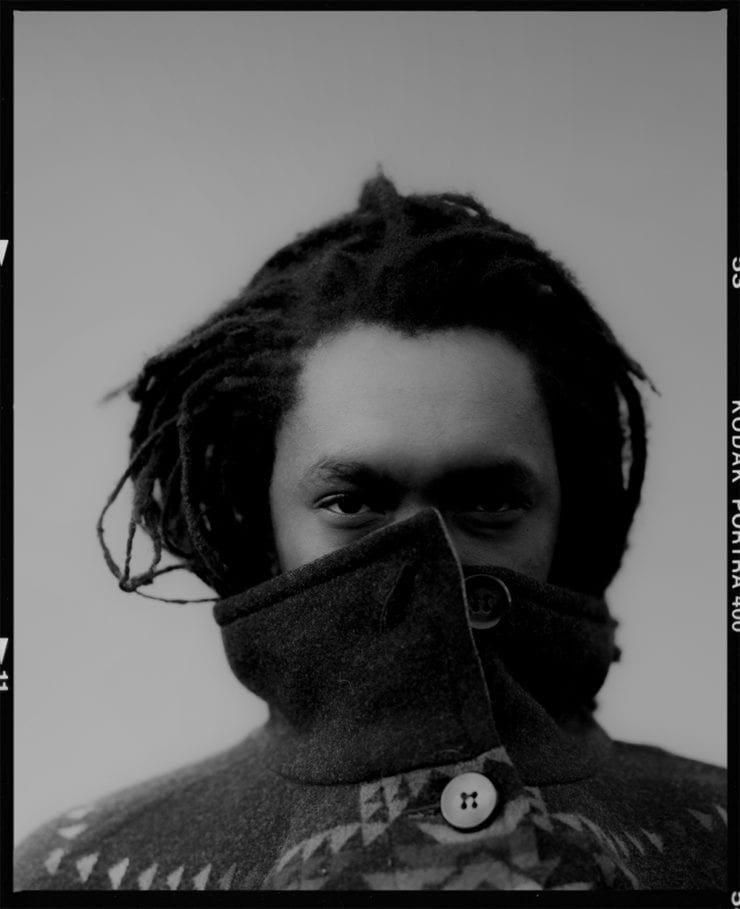 From the moment L.A-based producer Teebs released his 2010 debut ‘Ardour‘, it was evident that although he was making use of rhythmic and structural guidelines laid down by hip-hop producers before him, the music he was making owed more to the starry-eyed wonderment of psychedelia, the experimental outlook of contemporary electronica and the irresistible flow of the Chimurenga music that defined his formative years than it did to J Dilla or DJ Premier. Injecting as much imagination and personality into an SP-404 as any other producer out there, he instantly captivated audiences across the globe with a dreamlike record that laid down enchantingly manipulated samples over winningly slack beats built from home-recorded knocks, scrapes and jangles.

The decade that followed saw Teebs develop and augment his sound over two more long players, inviting in not only a varied cast of collaborators but an expanded musical perspective, one which further opened the doors to melody and texture while finding an emotional depth that transformed what were already alluringly pretty miniatures into more elaborate collages and nuanced constructions that radiated luminous beauty. His latest album, ‘Anicca‘, feels like a culmination of these transformations, as Teebs brings together experience gained across both music, art, and life as a whole to produce a collection of pieces that exude not only beauty, but contentment, peace and equanimity.

Following the release of Teebs fourth album on Brainfeeder, we caught up with the producer to discuss ‘Anicca‘, seeking a deeper understanding of its conceptual and philosophical inspirations while exploring various aspects of his creative process, artistic perspective, and the revelatory interconnection between visual art, music, and sound. 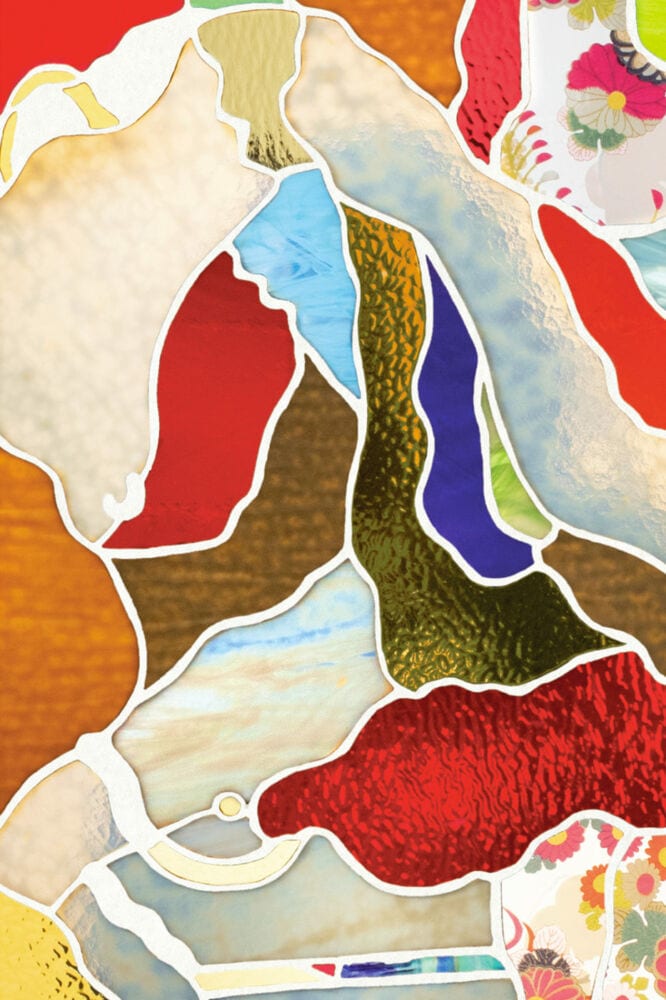 What are your first musical memories – do you remember a particular song or record that sparked something inside you? What did you grow up listening to, after that?

Thomas Mapfumo’s Chamunorwa record. It felt like this record was at the centre of my home growing up. I think seeing how much my parents enjoyed it taught me about how magical music can be. Growing up, a friend and I spent a lot of time searching for music to share with each other… almost like a competition.

We loved everything we heard from skate videos and it turned into a research game of finding labels and digging through their catalogues of artists. Later on, it become a lot about friends music I met as I worked and certain types of music I wanted to dive into and study.

When did that appreciation turn into a desire to create or produce your own music? How did that come about, and what kind of set-up did you start out with at first?

My uncle has a studio in Connecticut and getting to toy around whenever we stayed at his house got me started, I think. Also my older brother was getting into rapping in the early 2000s so we had FL Studio on a computer at home. I wanted to make music to get involved with the excitement and inspiration he had with his friends. In the beginning my set up was FL studio and borrowed equipment that people were planning on tossing.

How does that compare to your current studio set-up? I know you’ve been faithful to the SP-404 for a long time and it remains a core element of your sound – have you used any new equipment on Anicca, or experimented with any new techniques?

Not much has changed expect less borrowing. I’ve been playing with other DAW systems and working with instruments more… recording myself and friends playing and layering/editing those sounds mainly.

I’ve always thought of your music as highly individual. Have you consciously tried to cultivate your own sound as an artist – deliberately working towards a pre-meditated sound – or has it been more of a natural process of expression?

Mix of both. Natural expression is always in the process somewhere/everywhere but I spend most of my time just thinking. I want to work in a space that I haven’t been to before, and finding that feeling in sound can take time.

Do you feel like your work is strongly influenced by other musicians and recordings, from past or present? If so, who inspires and influences you the most?

I’d say its strongly influenced by close friends output. I love hearing new music from my peers and whenever I do I get inspired to work. I usually don’t stay out long at events or friends because all of it leads to me wanting to make something and be near my tools. Two artists that I’m loving always; Thomas Mapfumo and Cakedog.

I know that you’ve been working on visual art as long as music. Has this been a primary focus for you in the time between the release of E s t a r a and Anicca?

My time was split kinda everywhere….a lot of time was with my wife’s pregnancy and my daughters birth happening right after E s t a r a. I spent a lot of time painting the pieces for my second solo showing alongside a friend Toro Y Moi’s opening both at New Image Art Gallery in Los Angeles and mentally searching for reasons and inspiration to make music towards an album again.

Do you feel like your visual ideas and expressions feed into the music and sounds you produce – how are the two mediums connected for you?

Yes, they influence and challenge each other all the time. Translation through medium is such an interesting and challenging task. I find truths about myself as I work and gaze into the art and I tend to ask myself how I want the other to respond to any breakthroughs in discovery before I work in the other medium.

You became a father shortly after the release of E s t a r a – this is, of course, bound to keep you busy and present an entirely new set of responsibilities in your personal life. Aside from that, has the experience of fatherhood and starting a family influenced your artistic outlook in any other ways?

Mainly I think I have less time for bullshit with my work and my relationships. I’m getting better at understanding who I am through my family. I also want my daughter to not see me waste my days away. I feel responsible for setting an example of what love means to me. 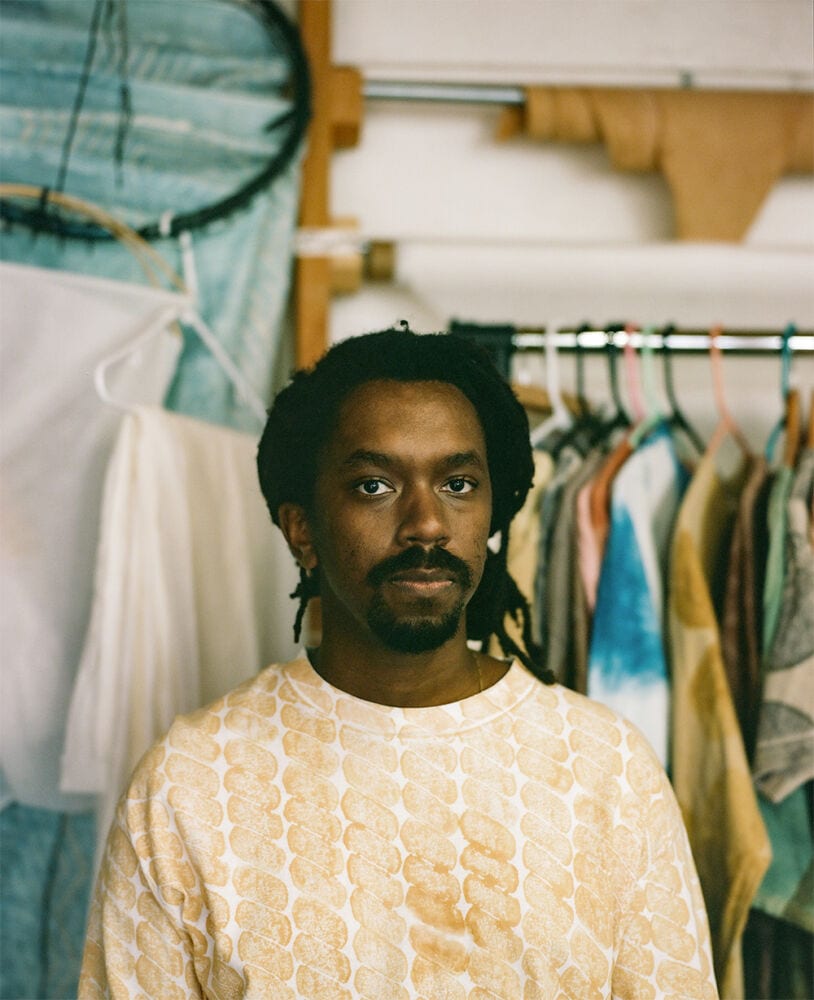 It’s mentioned in the press release for Anicca that works from the poet David Antin and the artist Hans Arp had some influence on the ideas behind this record. Could you tell us something more specific about these inspirations and what in particular struck a chord with you here?

With Antin, his approach to language and its way of connecting to others was so interesting. I’d get my mind blown every few pages and just put his book down. It took forever to read.

Hans Arp was inspirational to me because I wanted to spend more time understanding abstraction and why I loved it so much… I want to learn more about why I gravitate towards certain notes and patterns and felt Hans description of abstraction fit closely with how I saw the art practice.

Are you planning a tour behind this album? How do you translate your recorded tracks into a live setting – do you aim to recreate what’s on the record faithfully, or allow some room for improvisation and spontaneity?

Yes there are a few dates around the states for the album after release. The show will be a mixture of reworks and some improvisation and who knows what else.

You’ve worked with guest vocalists and musicians in the past, but Anicca has more than any of your previous records, with eight featured names on the track list. Can you tell us about any of the artists you’ve chosen to work with this time around – what drew you together?

The collaborations all came from a mutual love for music and each others craft and creativity… it’s hard to pick any names out the group, but each person I reached out to or had reach out to me were people I admired and have been deeply inspired by. I felt like there was a lot I wanted to experience and learn about considering my own sound by having it cross paths with others.

I know that Anicca is a Buddhist term meaning impermanence, one of the three fundamental characteristics of existence in Buddhist thought. Is this a philosophy that you can relate to personally? Could you explain its significance with relation to the new album?

It relates to me deeply. Creating work towards this record had me handling a lot of self discovery. I learned a lot about what I enjoy while creating and why I do it. The word Impermanence and the Japanese philosophy of Wabi Sabi are some important references that led me to my albums completion and the title.

Anicca is your fourth LP for Brainfeeder, and marks almost a decade since Ardour was released. Do you feel that your creative process and overall sound has transformed since then, or are you still following the same essential path?

I feel more open to music in general. I used to create out of loss and pain and now out of love for music. With that my path has changed. I’m learning more about music from different perspectives and with that putting different ideas into practice.

Finally, what are you listening to right now? What was the last track you heard that made you feel something?