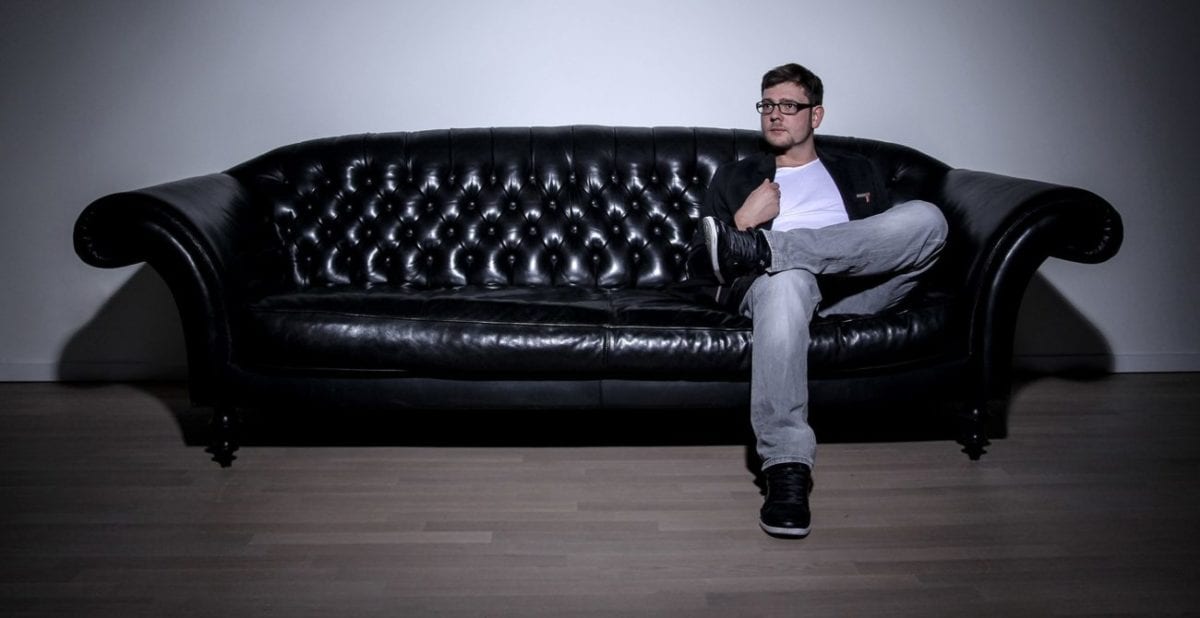 Born and raised in Berlin, Sascha Rydell is one third of techno imprint Fachwerk alongside Mike Dehnert and Roman Lindau. 2015 marks 8 years of Fachwerk and to celebrate we caught up with Sascha Rydell to discover more about the structure behind the label, the challenges they’ve faced whilst operating, how they plan to celebrate 8 Years Of Fachwerk and what the future holds for the imprint. Sascha has also compiled a 10 track YouTube playlist featuring music from Rhythm & Sound, Maurizio, Beastie Boys, Herbie Hancock, The Chromatics and more.

Hi Sascha thanks for compiling this YouTube playlist for Inverted Audio. From what I’ve read, you’ve been friends with Mike Dehnert and Roman Lindau since childhood; do you remember that time when you first met each other? What were your initial impressions of one another?

But seriously we go back a long way and we have a really good friendship, but sometimes it is more like marriage. The passion for music is a big part in this friendship but not only the passion for music brought us together. It’s simple friendship. Sounds boring but that’s maybe the first reason why we can work successfully together and we’re still here.

Was it a case of just hanging out, experimenting with making music and DJing that led you all to pursue a career in music?

It just so happened. We were born and raised up in this city and it happened right in front of our eyes. We were fascinated by this culture and it happened being a part of this historical background in electronic underground music in Berlin.

Doesn’t matter whether as consumer, party people, musician or whatever. In our case we started really early with DJing, in the mid of 90’s, bought our first records but without any serious plan.

It was a really special period in Berlin and many things influenced us. Roman and myself were more concentrated on the DJ side and Mike more on the producer side, and he started to release his first EP’s by the end of the 90’s.

What provoked you all to start up the record label Fachwerk?

Mike founded Fachwerk in 2007 after a sabbatical, bored from the actual sound during this period, he decided doing his own thing. After the first four releases Mike constantly pushed Roman and I to publish our stuff on Fachwerk. Since that time it has developed to what it is now. We support Mike running the label and now we are celebrating 8 Years Of Fachwerk.

Running a label isn’t easy, what have been the major challenges you’ve faced throughout these 8 years?

Primarily we can’t complain. If we do it, we do it on a high level…sure it’s a hard work. Especially in the starting period to find a distribution and someone who wants to distribute techno in that period where minimal techno set the tone.

But Mike coped with this really well and with his deep rootedness. We found our own way in which Fachwerk worked the last years, so we’ve had constant success with it. We’re not deterred from others.

We’re happy that Fachwerk develops constantly and is now a well-known record label that people speak of, that “Fachwerk Sound”, which makes us very proud and grateful for the appreciation, because it stands for a unique sound. That makes all the difference to other record labels.

Obviously the business has changed a lot over the years. You have to take care of a lot more stuff, such as social media and PR, plus you can’t close your eyes to it.

We’re vinyl junkies and release on vinyl, we’re really happy that vinyl is still alive and as proof of that other genres have stated pressing up vinyl.

You’re on the cusp of releasing “Before 8 Years Of Fachwerk” (30th April) – Tell me about the track ‘Identified’ that you’re releasing on the record.

‘Identified’ is a deeply based rolling track. The track is up and running. It’s not aggressive in this kind. I like it if you can lose yourself in a running deep groove with some vocal scraps, which bring a slight contrast to the fundament of this track.

In China the numbers 0, 6, 8 and 9 are believed to have auspicious meanings. Why do feel that it is important to celebrate 8 years of Fachwerk?

Sure, that’s right. 8 stands for many things as an example for luck, also with meanings in mathematics etc. We think it’s a good reason to do this and bring the input from the three of us.

We three have the same thinking of music and many similar experiences, but we are also really different. These combinations make every release in our thinking special, really varied and it works great together. It’s the same thing if we are playing together at a label night; it gives a good amount of variation and a colorful mix in my opinion.

It’s not always 8 hours of straight, hard, monotonous techno, we want to go on a journey with the people and show them our understanding of electronic music, including house, hip-hop, jazzy stuff and so forth.

You’ve solely released on Fachwerk, have you not been tempted to release music elsewhere?

That’s right. I release mainly on Fachwerk, but there also exists a really nice track for Delsin’s offshoot imprint Ann Aimee, plus and a remix for Mike on Echochord Colour.

My reason is that I often say no to requests because why should I release on another label if Fachwerk is for me the best platform. I also have more freedom to make the music I want on Fachwerk.

Looking to the future I plan to release tracks on other labels. The music and the label have to work together in a good way, so I decide carefully what I will do in for the future, but I will take time to spread my music to other labels.

Are you planning on releasing an album anytime soon?

Sure. I think it’s a normal development if you’re doing music. Albums are always a great theme, but I won’t stress myself to get it done. It’s planned but at the moment I have not set a specific time scale for its completion.

How else are you celebrating 8 Years of Fachwerk? Are you planning a tour and have you got any London events scheduled?

We’ve worked on this idea as you would for a personal album, in the choice of the tracks, interludes, sound ideas, graphics etc. It’s not only a various artist compilation from three of us. There exists tracks from three of us, but we put it together in this way of thinking of how could it work in this concept together.

It is an excerpt and should tell a story about our understanding of music from the last 8 years of Fachwerk. After the album release we will think about an additional release.

We are planning a tour-spread across the rest of the year. I can’t talk about all stations at the moment but there are places like Paris with a stop at Concrete, Berlin, Copenhagen, Rotterdam, and South Italy etc… I think London is still available.

A special Boiler Room with the three of us will also follow in June with an 8 Years Of Fachwerk showcase.

Talking of events, do you have a favorite place to play?

It’s difficult to say which place I like more than other places. There are many great places to have great parties all over the world. Every place has its own special vibe. The mix between the place, the crowd and the vibe of the music has to work together. And in my experiences in this way you could have everywhere good parties.

Apart from making music and running Fachwerk, what else do you do?

I studied business administration and engineering. Something solid for your life as my parents would say…laugh… it helps for the music business side of things. And I am still working in this area alongside music. I get my creativity from that and I need a compensation / contrast for my brain besides doing music. For me, I find it works well to keep a bit of independence from all the stressful parts of this business, of which there are a lot!

Finally how long do you foresee Fachwerk operating for?

Really fucking great first album from Daft Punk – one of the best – still love to play tracks from the Homework Album in my sets from time to time, Da Funk was a great video too and it remember me on my teenage period and many crazy nights and watching viva housefrau with mate galic…lol

I get into a good mood every time I hear this, a combination of jazzy funky sounds, and soulful strings.

One of my first records in the mid of 90ties and it’s still great and timeless … I think I bought this as I was 16 at Hard Wax, fascinated from this place but with a strange feeling because of the deflect glances of the people because of my age.

Seems to be full of oneself, but this track remembers me at a crazy studio session where this track came into being. A good girlfriend spend us her voice for it after many drinks and mike and me built this track. That was the beginning that we started to be named a lot of tracks with French titles because we found a bit our love to sound of this language.

7 and 8 because I’ve listened and grown up with a lot of hip-hop old-school stuff…like Wu Tang, DJ Premier.also Grandmaster Flash.all these kind of music and different styles characterise how we and I think in doing electronic music today and how a groove has to work for me.

What should I say…the master! Also people like Miles Davis, John Coltrane…I have a lot of respect for jazz musicians and the improvisations, it’s great music and they try to do new things.

Imagine! You listen to this track in the morning hours, after a long night, the sun is rising, you are sitting on a roof and have a great view across the city of Berlin.

Discover more about Sascha Rydell and Fachwerk on Inverted Audio.