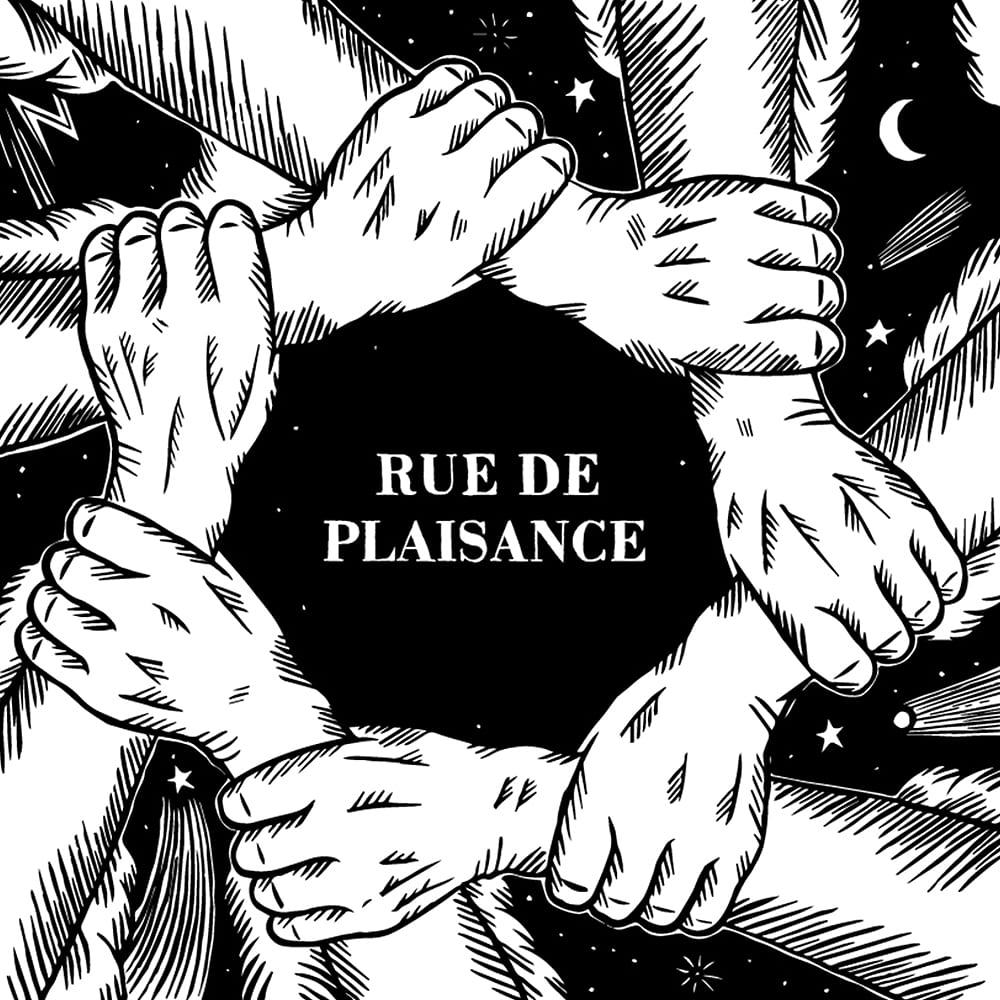 Nested in the quiet eponymous street in the heart of the 14th arrondissement of Paris, Rue de Plaisance celebrate their fourth birthday with ‘Le Son De La Rue‘, a very special compilation gathering nine exclusive cuts from some of the label’s longtime collaborators and friends, coming in the form of a luxurious double LP designed by talented in-house illustrator Virassamy.

Featuring a high-calibre cast of deep-house and melodic techno producers including Mule Musiq affiliate and White label boss Oskar Offermann in association with Giegling’s Edward, Bass Cadet Records’ Arcarsenal duo, upcoming collaborator and For Those Who Know regular 1977 and more – the dual release marks the occasion with a tasteful selection.

We caught up with Jean-Claude Catel aka Varoslav, reputed DJ and producer and proud owner of the Rue De Plaisance imprint to learn more about the Parisian outlet’s singular history, the anniversary selection process and further undertakings. Stream the mixtape via Playmoss or YouTube.

How did you come up with the name Rue de Plaisance? Is it your actual address?

Yes it is still my actual address. It used to be my own apartment before it became my studio/office till a moment now but I used to live here, yes. I’ve had this apartment for the past 20 years it’s just near my mom’s bakery. Everything’s come from here: the name, the vibe… actually I’m living on the other side of Paris, near Pigalle.

Do you feel that your environment plays a role in the music you produce or release on the label?

I have been and still am a lover of hip-hop; maybe I draw my inspiration from it. It was a basic idea to represent and to express in an easy way where I’m coming from.

I like the idea of looking around me and using concrete elements, taking history as an example – it’s also a way to make my very quiet neighbourhood known. My street is a really small and basic street actually, only the name has something – it means “pleasant” in French – that’s why I kept the name.

I have this special feeling with this area because as I said my family arrived there in 1986. I was 7 years old – so yes there is something special about this district. 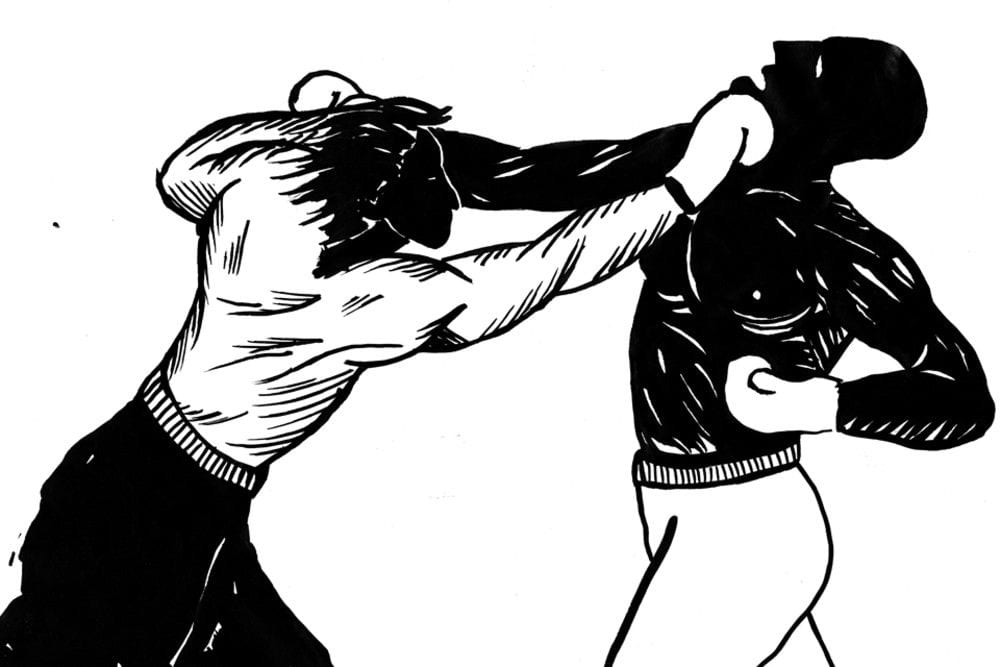 When did you tell yourself: “Ok, screw that, I’m going to create a record label and put other people’s music out?”

It came in few steps… first I started with a bootleg label which was rather successful and many records from this series were played by several artists on the scene thanks to my distributor Syncrophone, which were the first to trust me and my project. I’m still working with them.

At the same time I had the chance to manage Guy Gerber’s label Supplement Facts for almost 4 years. Everything was easier for me when I was surrounded by someone big like him. At the end of our collaboration I wanted to be free in my artistic choices so I started Rue de Plaisance.

Was the concept shaped and polished, or did it feel like taking a leap into the unknown?

As I said I was working for another label and I had time to prepare it. My friend Cedric, the illustrator in charge of all our design, was ready to start the experience with me. I just expected something made by the same guy to let him express his art. Nothing really polished before that. 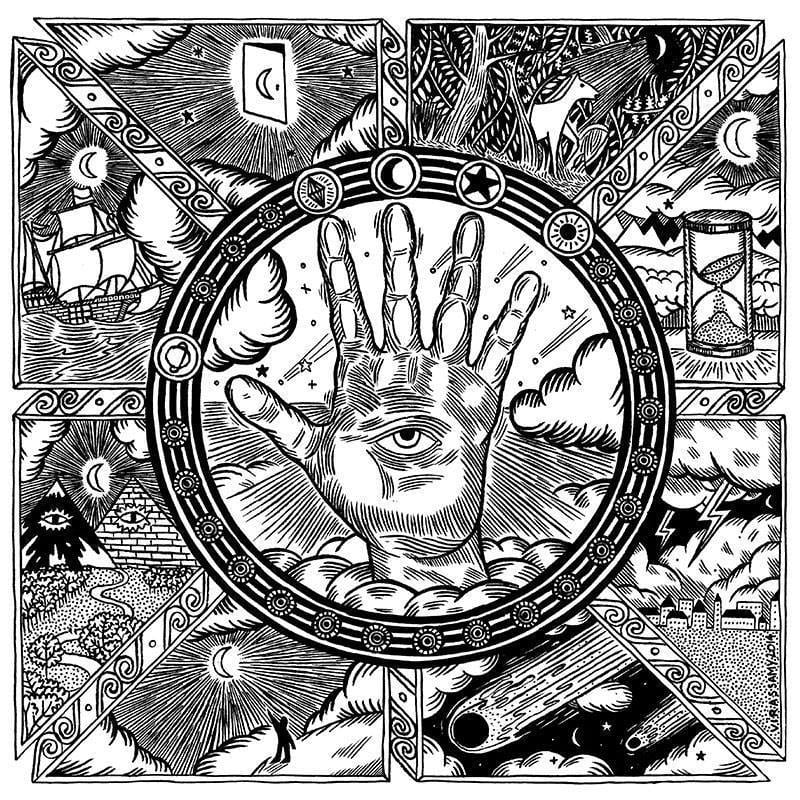 Time to celebrate! It’s been 4 years since you launched Rue de Plaisance. What’s your feeling when you look at what you accomplished?

It’s not easy to run a label. Not easy to arrive but furthermore to stay in time. When you choose to make every EP different, you don’t choose the easiest way… I feel honoured, blessed and happy to have my team of friends and of course my girlfriend working as a team and humanly it has no price. It’s a fabulous experience.

We don’t count our hours at work. The most beautiful of the rewards is when a fan sends us photos of their home filled with our products and artworks. That touches me and I can firmly see the result of our work. I also want to take the opportunity to thank all the people who support or help us in any way.

What are your best memories from the past four years?

If I had to keep one moment, I will say our art exhibition in Barcelona 2 years ago… It was a special moment, not really a proper party either… many artists who where in Barcelona during the Sonar festival came to play or visit us.

It was in a coffee shop called Choko, a private space where people can lose themselves. I really enjoyed this special moment with my friends from everywhere in the world. 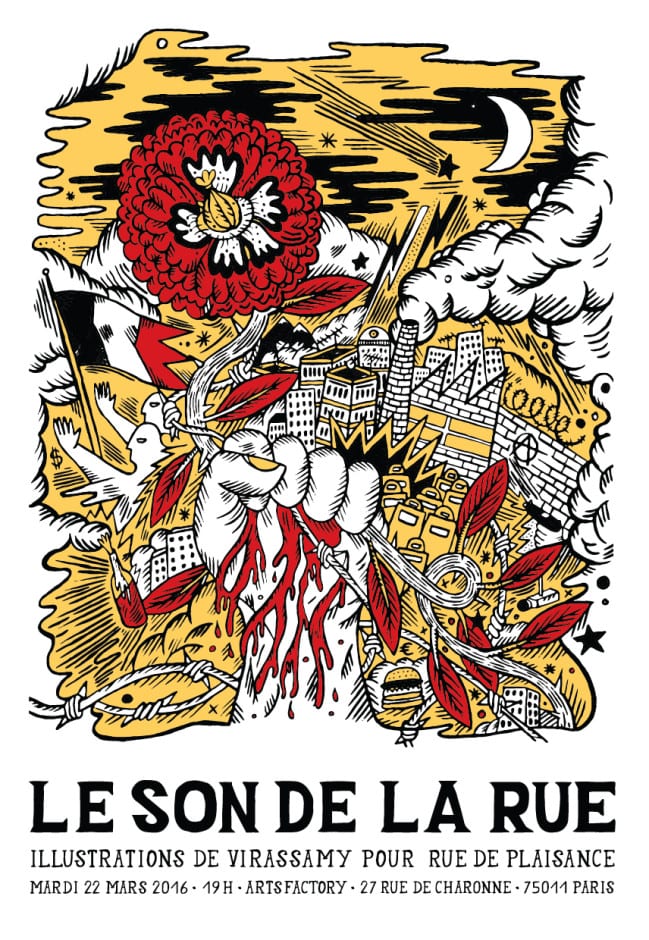 Please tell us more about the compilation. How did you select the artists and tracks?

Well it took me almost 3 years of work, as we experienced different problems and I had to wait a long time for some artists. I didn’t rush any of them as I wanted them to have the time that they needed.

It’s a basic selection of deep tracks. I tried to make a selection which is not dedicated to club music specifically. Just like my usual process running the label, I selected music that I like and feel for the label, made by artists I have around me as friends or by some that I met because of their music.

The idea was to create a selection that you can listen to at every moment of the day, showing another facet of the label and of course printing the 20th release in a real full-art cover for the first time. I tried to select some timeless tracks.

If there were one release you’d have dreamt putting out on Rue de Plaisance, what would it be?

Ah it’s not easy because there are many artists I’m dreaming about but it’s not a goal for me to get my favourite artists on the label. I like when things come naturally.

I leave space for chance and “hazard“.­ I can’t afford my favourite artists – I mean, yes, I already have great artists that I like but not the bigger ones I will say. Our aim is to work hard and nice for every EP, discover new talents, digging from the crates of new sound coming out. It’s my way to do things. You often name Ben UFO and Raresh as the best DJs you’ve seen playing lately. What makes a quality DJ to you?

Yes, they are some of my favourites definitely. A good DJ plays for and looks at the crowd he has in front of him. I don’t like DJs who can only record podcasts at home, playing the same music in front of people who don’t understand what they do.

Ben UFO and Raresh keep the vibe going with powerful grooves and eclectic sets, not the same boring music for 3 hours. They also adapt their music to the moment, which is the most important thing for me. Every record has its hour… when it’s good!

Wasn’t it too hard to switch from your work as a producer to the “seriousness” of a label owner’s job?

When I started my label project I thought I’d release more of my productions, but I became more and more selective for both the label and me at the same time.

It’s something really hard for me to say yes or no to my own music. So over the past 4 years I decided to only release the music I like. Keep the best and focus on new projects.

The label is taking me so much time. I’m always on the Internet and different things much more than before. It’s a part of the game today: you need to be more than just a producer… I want to say that without my team it couldn’t be possible.”Merci” to them. 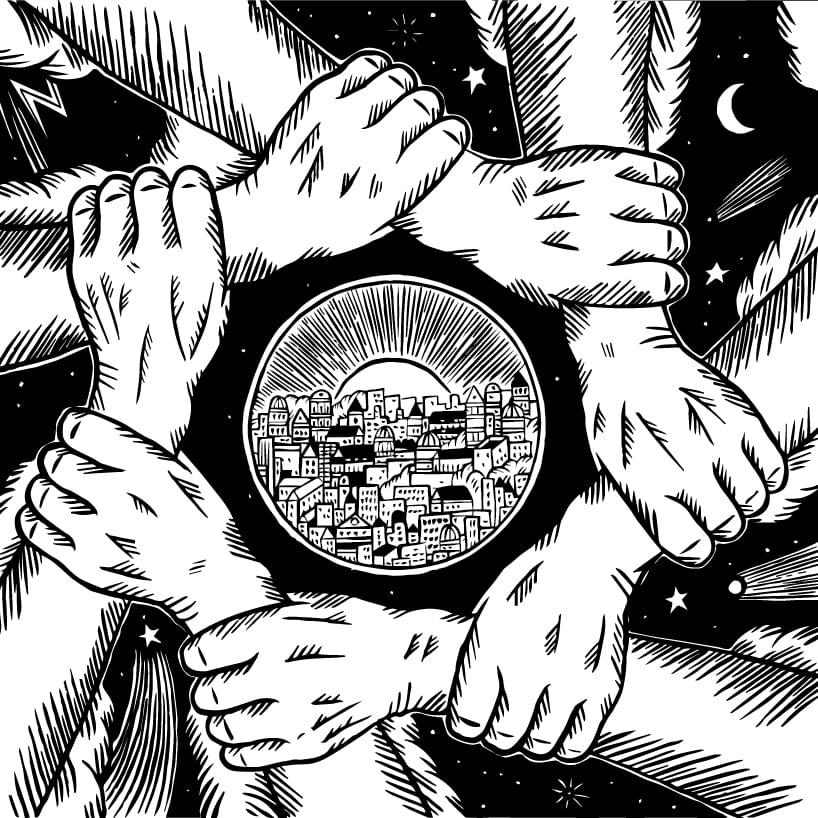 What can we expect from Rue de Plaisance in the near future?

We have a lot going on!! We are preparing our first artwork exhibition by Virassamy for Rue de Plaisance in Paris on 22nd March.

Musically we are going to release more club-focused EPs after all the trippy music we have been putting out there in the last months. Oshana from NYC is the next artist billed for the 21st EP. Otherwise we’ll launch a new stamp series related to the label.

After my great experiences with my bootleg label that I will not mention here – two series of 10 records which saw great support from the scene, I want to make a new one… Etoiles Filantes 01 will see the light of day before the summer.

You are the first people that I’ve shared this project with, so you got the scoop! Expect some DJ tools trax to play loud.

Our next party at Rexclub and also I will play for the great Weather Festival this summer. So check out our page if you want to learn more about that.

Le Son De La Rue is out now order a copy from Juno.

I begin with Damien’s title from dOP – he is the keyboard player of the group. To me he is one of the most gifted artists from the current electro scene for his affinities with every type of music. ‘Etenraku‘ was composed as the soundtrack to a short film. A particular atmosphere. A piece that’ll withstand time.

I take the opportunity to speak about my last track, taken from the new compilation. I had not produced any new music for a while. It was a pleasure to get back to it. It’s a track dedicated to my girlfriend in which I recorded my own voice. A message of love. A little “Big UP!” to my friend Gaffarel too, who played the rhodes just as I imagined them.

I picked this one because it is very important to me. I met and became friend with one of my favorite artists. Norm is someone simple, a great meeting. I am lucky enough to have put a whole maxi from him. That pushed the label forward.

Here is one of the pieces of which I’m the most proud of. We switched the more club-friendly cuts to the B-side. It’s original and very finely done as well. The kind of material that I do not grow tired of – I can listen to it at every hour of the day.

I cannot make a selection of the label’s back catalogue without picking a piece of Ivano Tetelepta, a very discreet but nevertheless talented artist. He makes some very groovy music and currently readies a new ep for Rue de Plaisance which should come out at the end of the year.

This is music that I began crafting at home and finished along with my friend Gaffarel with complementary vocals from Jaw. We put a lot of time into it, spending numerous and very spaced studio sessions, but I am satisfied with the result.

A track with a very hypnotic atmosphere and sharp sound design. Perfect for late hours.

The punch and the groove from Detroit on this release from Gari Romalis. A record that I played a lot and that I keep spinning regularly.

A friend and a newcomer on the label. He produces a fine ambient-leaning and sensual music but also more than that. A talented producer you absolutely have to keep an eye on.