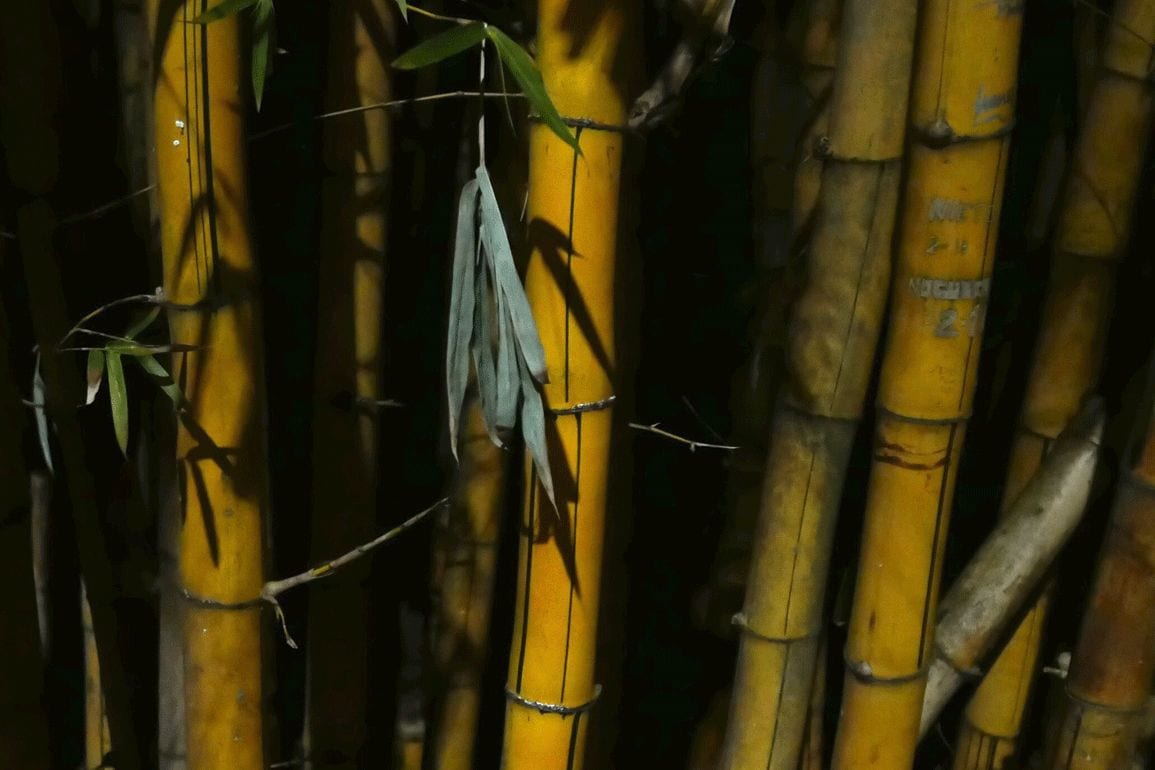 Following up to his promising debut iteration on Avian, ‘This Heavy Heart‘, Jake Woodhouse returns this fall to shut his diptych on an even more intimate scale with the all-consuming ‘Love, Labour, Loss‘, scheduled for release on 17th October 2016.

Letting off an anxiogenic dubby-drone waft peppered with organic resonances and primitive drum patterns sprung from the mists of time, the EP sits right in line with the overall aesthetic attached to Guy Brewer’s Avian imprint. Indeed Pris‘ music has been steadily drifting from straight-up frontal 4/4 cavalcades towards more intrinsically cloud-shrouded, malevolent climates, rich of a very fine work on textural layering whilst outlining deeper-than-deep ambiences to lose your mind to.

We were eager to find out more about the making of this new release and got the chance to catch up with Jake as he reveals the duology’s raison d’être, what he thinks techno is and should be and his growing appetite for production. You can also stream a first extract off the release – the dark and wild ‘Feral Calling‘ below. 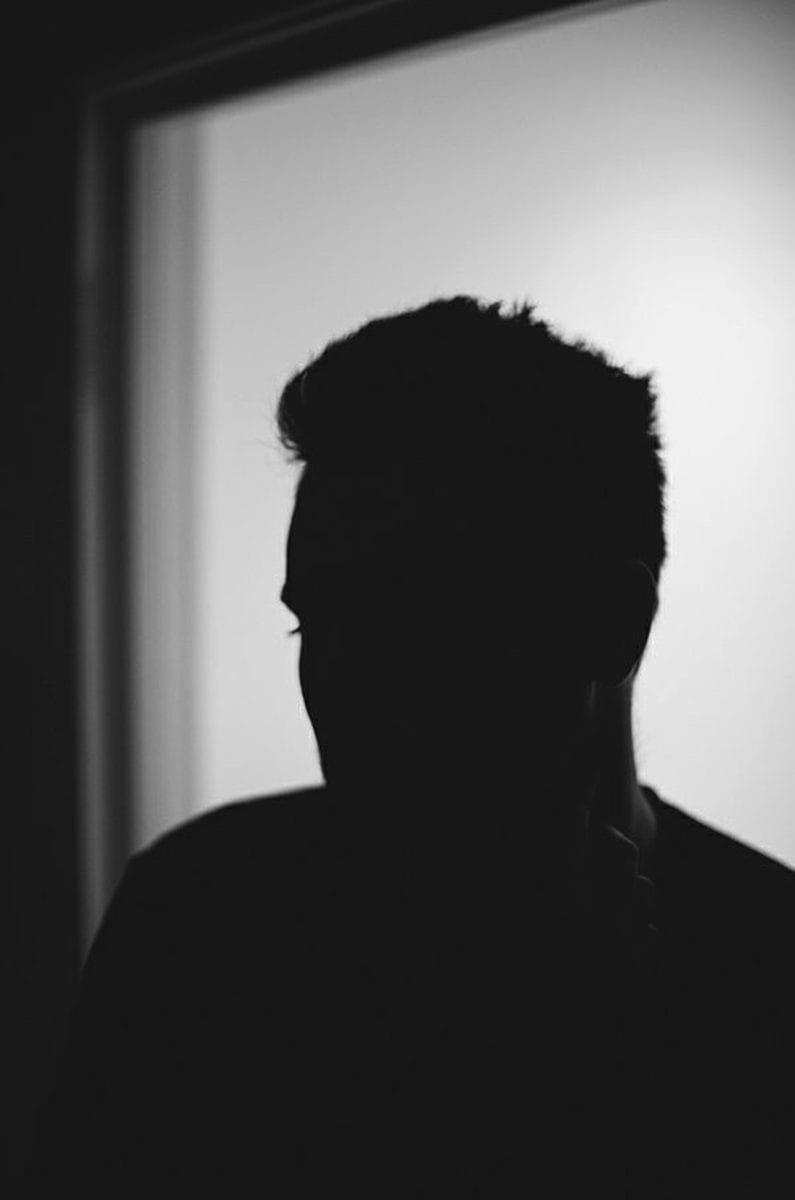 Your new release ‘Love, Labour, Loss’ is about to come out via Avian. Please tell us more – what’s the record about?

The record is a continuation from my last Avian EP, ‘This Heavy Heart‘. Both lament my recent experiences moving to another country, growing up, working on getting the best out of myself and the price that comes with it. I feel this is my most coherent body of work to date.

The EP is deeply rooted in gloomy ambiences and desolate 4/4 pits, and it feels like you’re trying to reach for some sort of extrasensory experience rather than proper dancing material…

As I’ve built upon my production skills, I’ve found myself gravitating toward a more textural approach to making techno. I love to make dancefloor music as well but I try to maintain the same elements I would when making my more expressive tracks. Avian is the perfect home for me to explore the more experimental side of my music.

I have other outlets such as my own label Resin and the newer series of 12″s titled “Unbeknown To Us“. This series is designed to allow me to try mixing the extrasensory experience as you put it, with the more functional side of music. I enjoy allowing myself the freedom to satisfy both sides of my music. 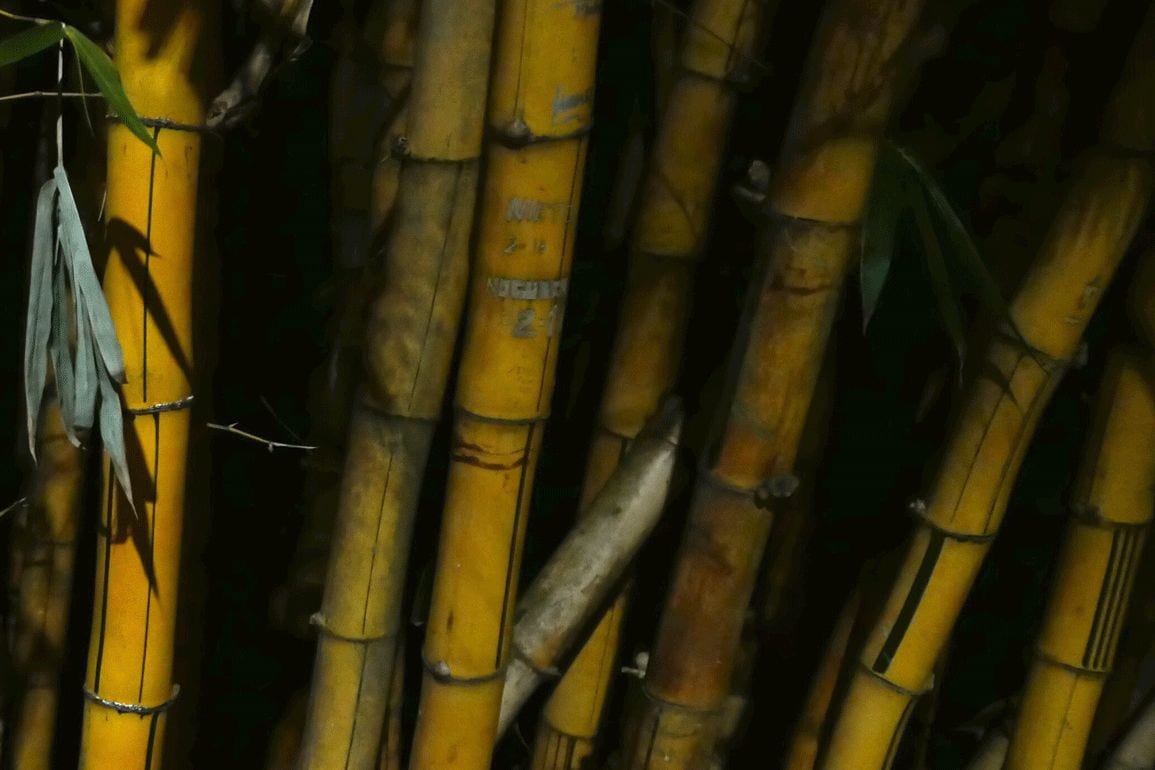 Everyone has their own definition/vision of techno. What’s yours?

There’s something about Techno that I just can’t seem to deny, it’s a very passionate genre of music. I think one of its defining characteristics is the way so much emotion and energy can be conjured from very little elements; the end product is worth more than the sum of its parts. For me good Techno is a rhythmic experience, which is why I’m less into the side of the genre that derives its energy from loud, jarring sounds over a monotonous beat. For me it’s very disposable and leaves a bad taste in my mouth.

What first lured you into the electronic music realm?

Growing up, I had very young parents who didn’t let having children at a young age interfere too much with their discovery of the electronic movement that was happening in the ’90s. It was a great experience growing up with this music and to have parents that would educate me on not just the music but the overall clubbing experience.

The way they would talk about illegal raves, Ministry of Sound before it even had a drinking licence and the love they and their friends had for this music affected my interests in music as I got older. I remember the moment I realised there were only so many notes you could play on a guitar but the near endless possibilities that electronic music could bring. 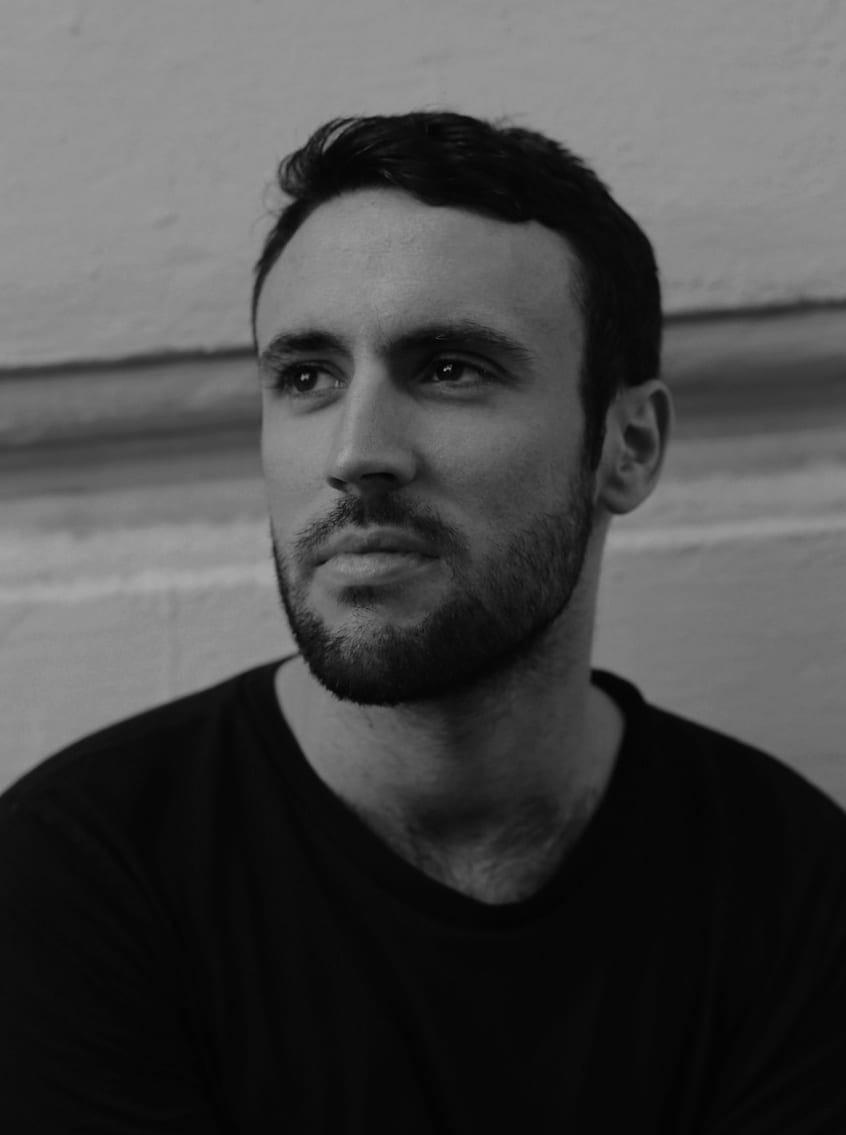 It’s your second release on Shifted’s label. How did you first get to know each other?

Back in 2012 I sent some of my very first Pris productions over to James Sigha. From there we became friends and James eventually introduced me to Guy. We’ve been good friends ever since, Guy even helped advise me on what was needed to get Resin off the ground. Naturally as I worked and worked on my production we started to realise my sound was becoming more akin to the tastes associated with Avian. It was a very natural process that is continuing to grow.

What drives you when you enter the studio?

For me, the most important aspect to making music is to take chances, experiment and try not to take it so seriously. Anyone can pick up a book and learn what you are “supposed” to do but real creativity is about playing around with an innocent charm. I’m nothing anywhere close to what you would call a studio engineer, but I manage to accomplish what after by approaching the production aspect as a listener and following my gut instinct.

What’s your modus operandi when composing a track?

I honestly don’t have one, for me it all starts from a sound I find interesting and I build around that. I have also been known to come up with a track title first and try to make a track based around the name, that’s always a fun challenge. I fully believe that if you aren’t having fun making music then you aren’t doing it right. 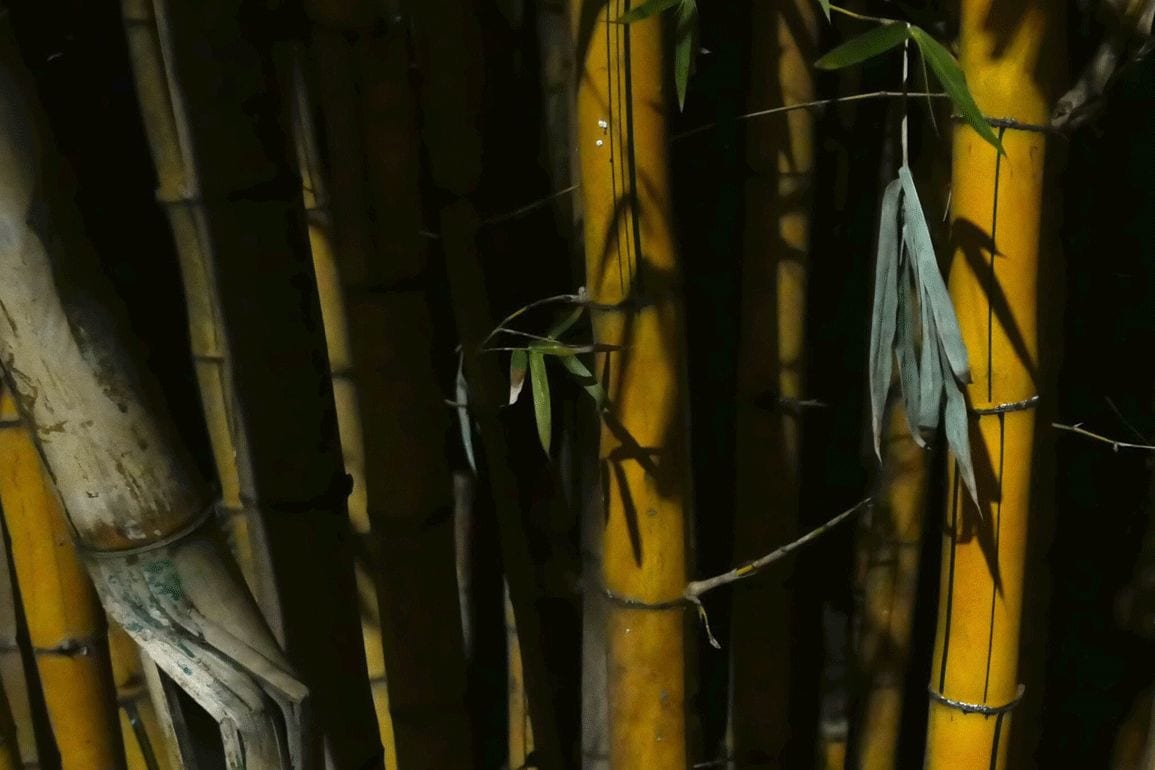 If you had to choose between the creative comfort of the studio and the adrenaline of the gig, what’s the most essential facet of the thing to you?

I’ve always had more of an affinity to DJing than production but that’s slowly changing the more I throw myself into production. Up until recently I felt at my most creative when I was DJing. I love the thrill of taking people on a journey, no show is the same and that feeling when you have the crowd in your grasp and they are ready to follow you wherever you want to take them is second to none.

In the past I approached production as a tool for my DJing but I’m finding much more satisfaction in discovering my own sound and weaving that into my sets. I feel now more than ever that I have found a unique, distinctive sound in both my music and my performances.

Which artist left the best impression on you lately? Why so?

Right now I’m quite excited by the music coming out of France and Spain. Antigone, Francois X, Shlømo, Bambounou are making some really amazing music out of Paris; the grandeur pads and rhythms are so unique. In Spain, names like Aikin, Tensal, Psyk & Reeko are making some of the most effective and crowd-pleasing tracks I’ve heard in a long time, they’ve become staples in my sets.

I used to be fortunate enough to live a stones throw from Hardwax but actually I also enjoy going to spaces like Record Loft and Spacehall. I have to admit, I’m not much of a crate digger but its something I would like to dedicate more time to.

When I do come back from a session I feel so inspired. From my last visit if I remember well I picked up Frozen Border 10 – Dario Zenker’s #4.26 alias, the first Mankind record and the NHK yx Koyxen album on Diagonal.

I’m quite excited for the next few months actually. After the Avian EP, out in October, I have some nice shows coming up, as well as the second installment in my Unbeknown To Us series in November.

Early next year I’ll finally be putting out RSN010, a remix package of the last record I put out on Resin “For a Better Understanding” but other than that I’m putting together an EP for a label I really respect and on top of that I’ve been asked to put together an album for Avian for late next year so, needless to say, I’m busy!

Love, Labour, Loss is released via Avian on 17th October, pre-order a vinyl copy from Juno.

Discover more about Pris and Avian on Inverted Audio.