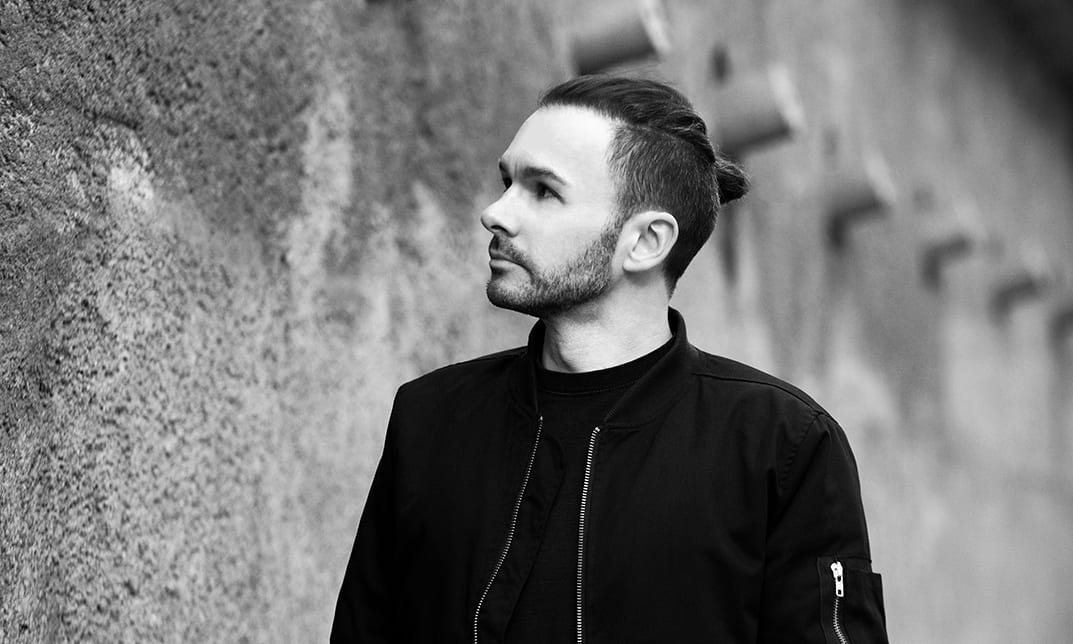 With nearly a decade of experience behind him, Milton Bradley is quite a well-travelled man. Chronologically, his love for techno was preceded by a first crush for acid house – a genre that spawned a lifelong interest as attested by the heavily 303-imbued output of his acclaimed side-project Alien Rain, but it’s well through the prism of abrasive techno and droney ambient material that the Berlin-based producer achieved his reputation.

As The End Of All Existence, Bradley immerses himself in Cimmerian audio-scapes, trying his hand at scoring the soundtrack to a phantasmal apocalypse by way of heavy-breathing atmospheres, arrhythmic pulsations and sizzling dub echoes. Five years after the last episode of his dark epics, Bradley is back with the ultimate number of the series, the soberly-titled ‘Part III‘. We took the chance to discuss this particular project, the recent release of his debut LP and how Berlin shaped his vision. You can also stream the gloomy ambient cut ‘6 Minutes Before Dawn‘ in full below. 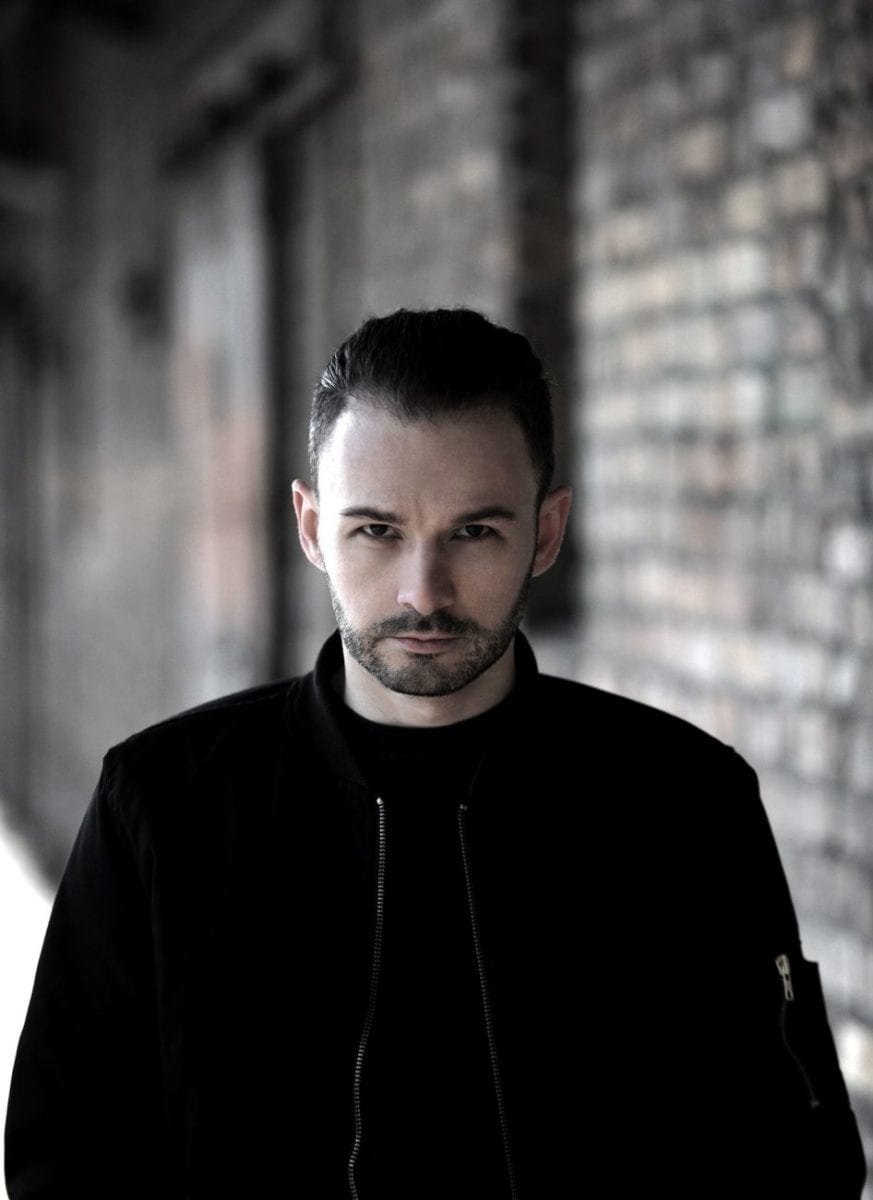 You finally released your first album ‘Tragedy Of Truth’ earlier this year – eight years after your debut release on Do Not Resist The Beat! How did the idea of a full-length finally come about?

Although I was putting more effort and concentration into my Alien Rain alias, loads of Milton Bradley material got accumulated over the time. So releasing an album was the logical consequence to me, born from the wish to bring back the Milton Bradley sound as well as my Do Not Resist The Beat! label. Furthermore I was able to represent a certain bandwidth and sound, to bunch tracks together thematically, telling some kind of a storyline which is not possible on a regular 12″ record with 2 or 4 tracks.

Were the tracks meant to have a particular concept behind them or form a narrative together?

According to my album, thematically it is about “desire” in a general and broader sense and about all the different facets through which I’m experiencing it. Desire has always been an important factor in my life and music has been the greatest desire of them all. So, dedicating the album to this desire was a no-brainer. The different sounds that float around in the Milton Bradley universe are used to define the different facets of that theme. And the track titles themselves are the compressed thoughts I had whilst producing them.

‘Part III’ marks your return as The End Of All Existence after a five-year hiatus. What decided you to come back to it?

Actually, most of the tracks had been produced by 2010 already. 12 tracks which should be released on three separate 12″, once every year for three years. But as the last years’ focus was more on other projects I lost sight of the third release. In the process of releasing the album and after my live performance at Berlin Atonal festival in 2014 it was time to release the third part. 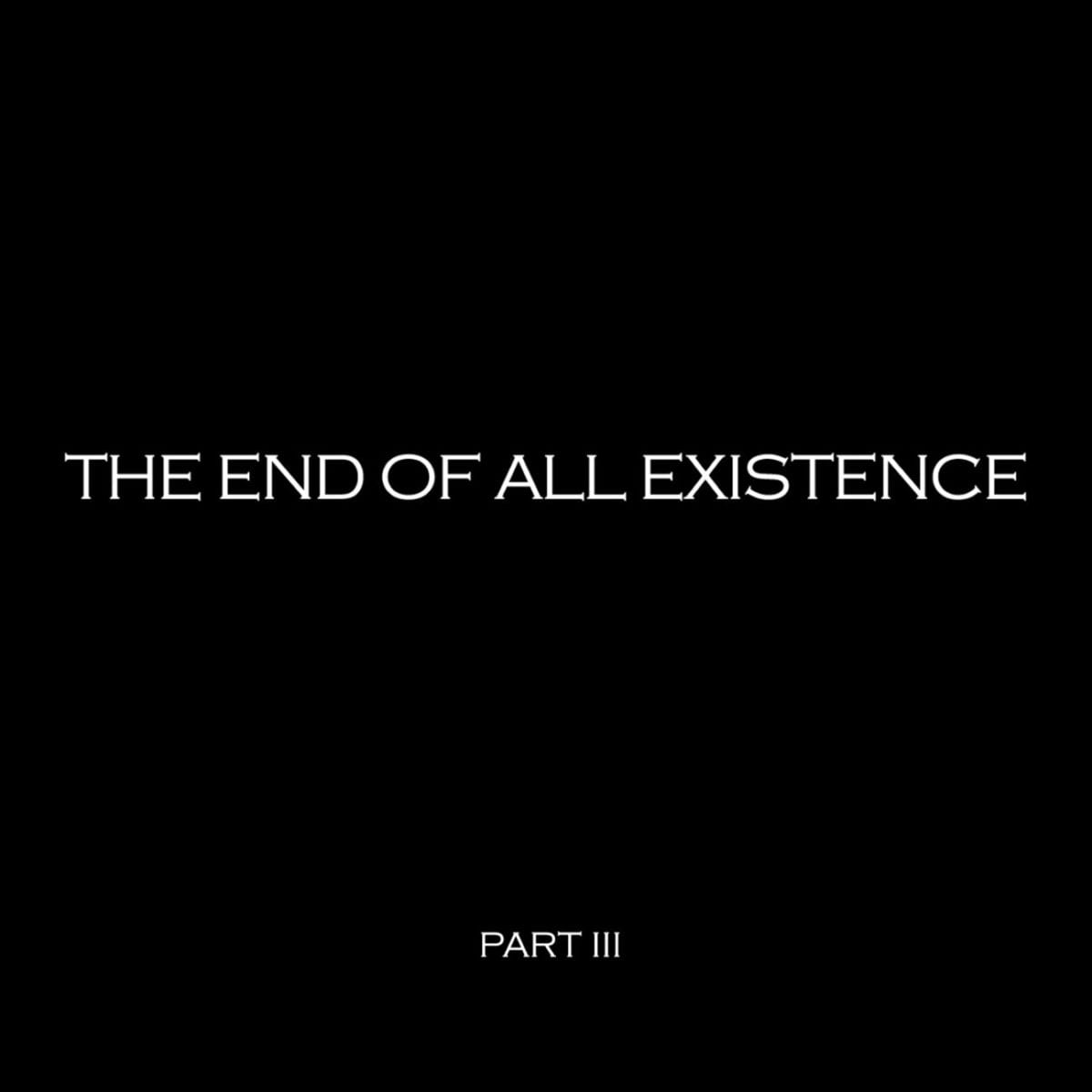 Please tell us more about the release. Where did you draw your inspiration from?

The main idea for all The End Of All Existence releases arose from dark moments. The slogan is inspired by the neighbourhood I grew up in and various “Last Days” movies and scenarios – I wanted to create some kind of soundtrack to a fictional world’s end. Certainly the whole concept is more or less abstract and is based on an urging intention.

What’s been your first experience with techno?

Back in the days when I already knew Acid house, there was a classmate who had the contact of some Berlin-based DJ and who played some techno mix tapes on his cassette player. Since I was a kid I always had a certain affinity to machines, to technical and industrial atmospheres, so these machine like sounds, this dark and energetic music got me.

It felt like a self fulfilling prophecy. By listening to techno I often imagined dark and abandoned industrial buildings, even before I went to a club for the first time. But techno and those imaginings suited each other quite well in my mind. Surprisingly the music happened to be played in those exact places when I went to the first techno parties. I’d call it some sort of a revelation. 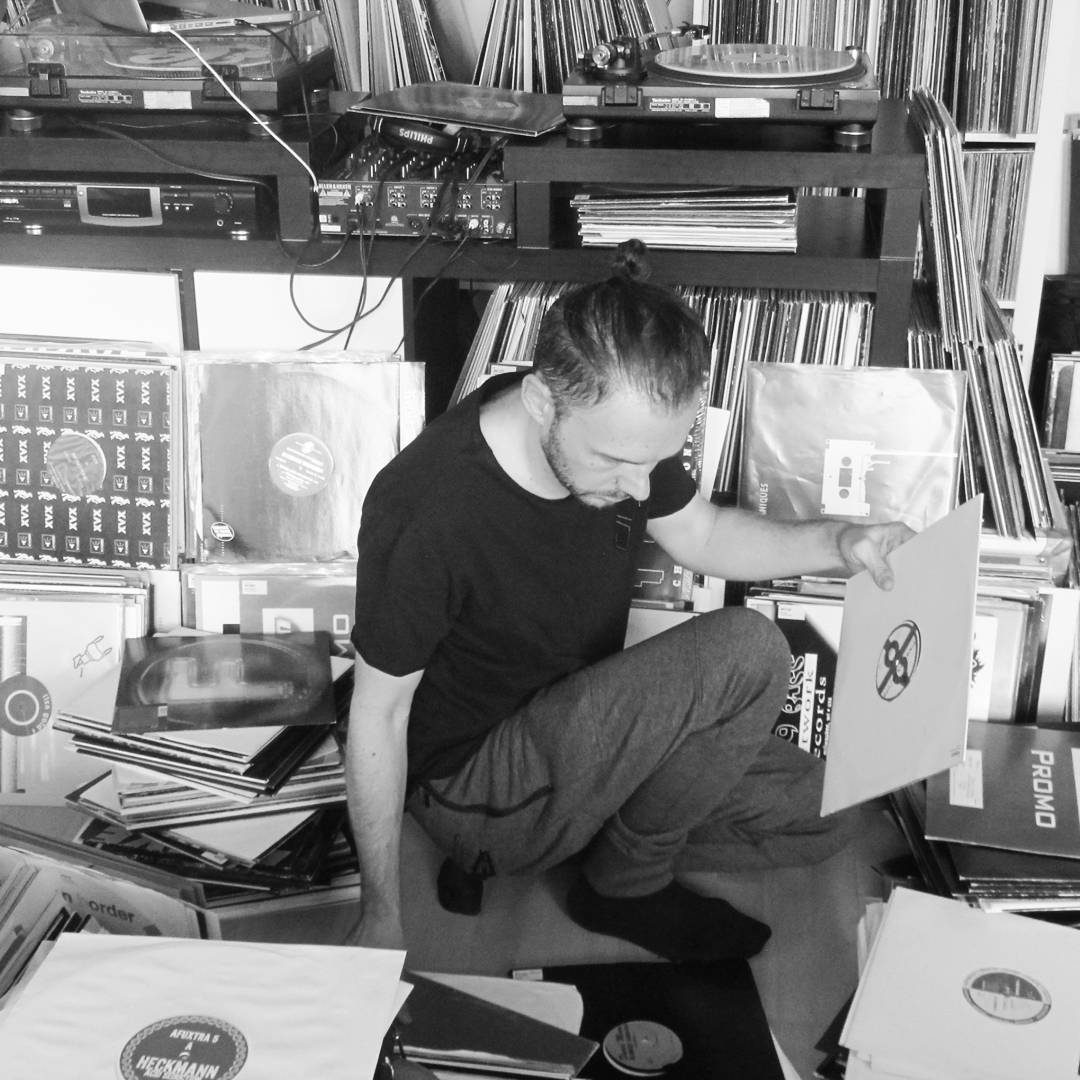 Of all the places you played at, which one left the best impression on you?

Lots of places have left their impressions on me, so it’s not easy to pick one. In Siberia, feeling like being in the middle of nowhere was pretty amazing, also Asia always has a big influence on me every time I go there – for instance Rural festival in Japan, just to name one. Furthermore there’s lots of places and people that left positive foot steps on my trail.

Your music has a strong cinematic feel to it. Do you compose your tracks with images in mind?

Yes, almost always. I’m a visual person, colors, shapes, pictures develop mostly by listening to music or sounds. The production process is lead by a certain mood which is strongly connected to pictures in my mind that are difficult do explain. Usually I’m trying to describe these pictures with sounds and rhythms.

The press release states that you’ve been influenced by the architecture of the Berlin from the ’80s, with its bleak atmosphere and concrete buildings. What kind of importance do you attach to your surroundings when producing music?

This Berlin, the environment I grew up in, was shaped by run-down social houses with backyards. When I was a kid I was poking around in abandoned buildings, dark basements and forgotten attics. There was a lot to find. Somehow I liked this dark, dystopian atmosphere. “City of permanent downfall”, Berlin was called by that time. This had and still has a decisive influence on me, and it reflects inside my music. 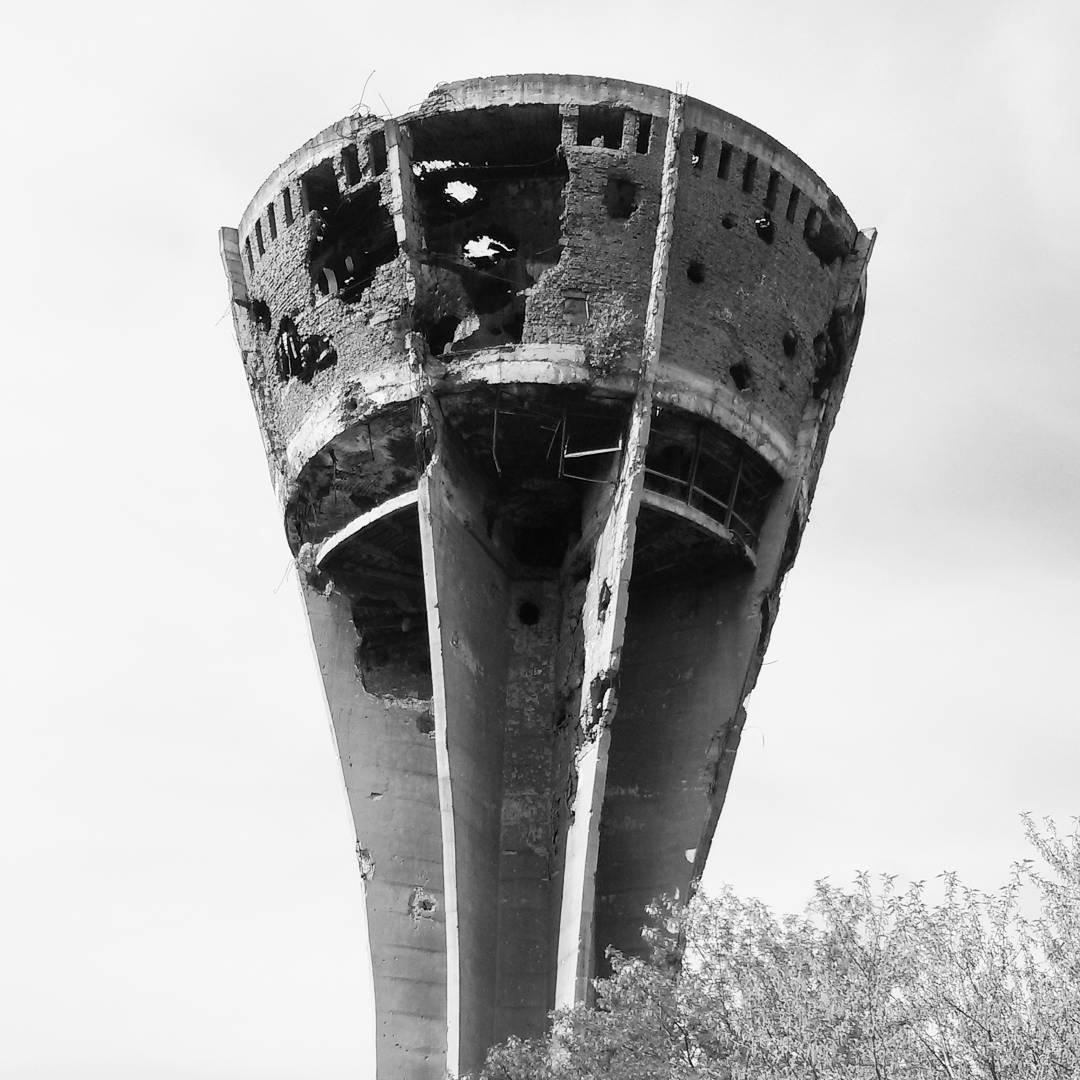 You also release music as Alien Rain, what’s up on that front? Can we expect a new release from your extra-terrestrial alter ego soon?

Alien Rain was planned as a side project. By the end of 2010 I was producing a bunch of tracks but I wasn’t sure whether to release them or not. The massive response surprised me a lot and still people ask me at my gigs when the next release is coming out. Right now I’m reworking some unreleased material and probably will release it as a series of 12″ by next year.

After the The End Of All Existence release there’s another tour to Asia coming in October with lots of interesting venues. I’m really looking forward to that. I’m not the guy who like to write lists and make plans, the music scene is changing a lot, I like to be flexible and decide spontaneously. Maybe there’s also a surprise release sometime, who knows.

Part III is released via The End Of All Existence on 26th September, pre-order a vinyl copy from Juno.

A1. Choir Of Devastation
A2. 6 Minutes Before Dawn
B1. Post Apocalyptic Being
B2. Echoes Of The Nameless

Discover more about The End Of All Existence on Inverted Audio.