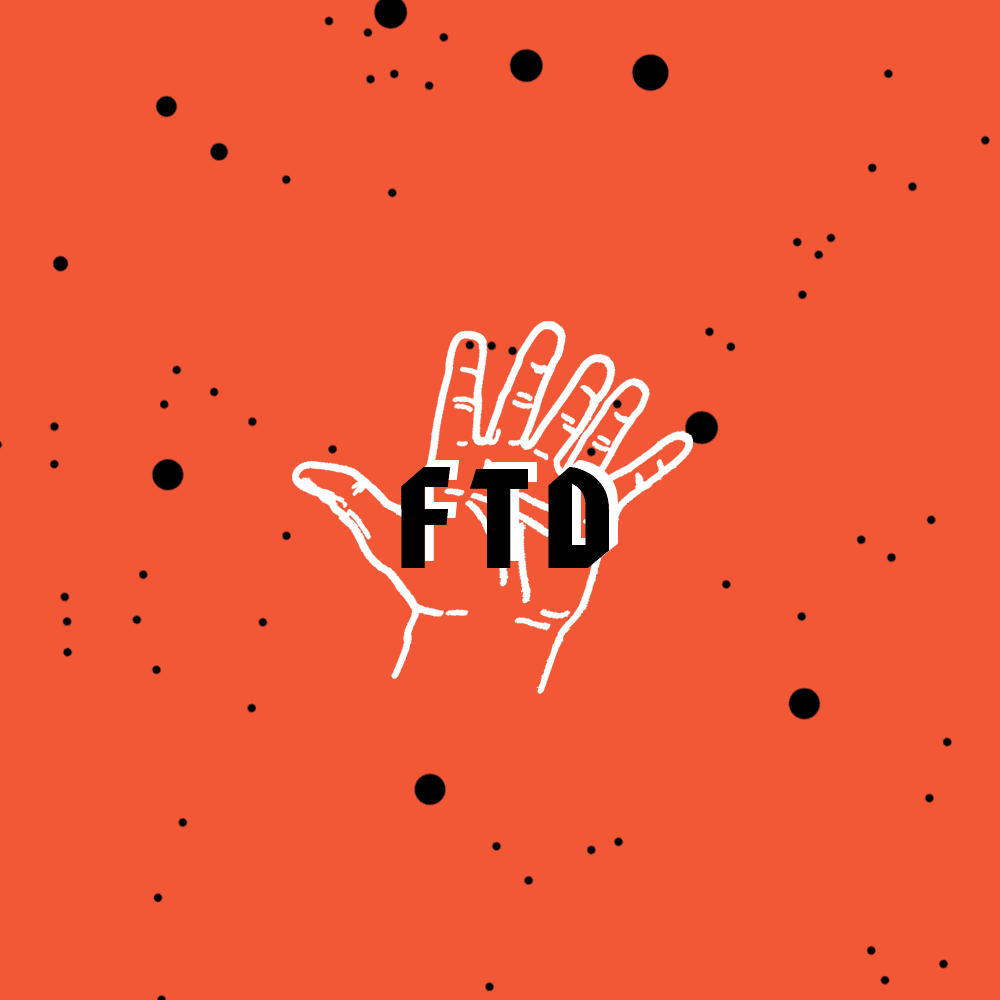 Since being introduced for the first time to his FTD imprint back in late 2014, it didn’t take long to understand Charles Drakeford’s new endeavour was meant to last over time. First off, the choice of taking Lutto Lento’s material to vinyl for the first time was definitely a prime motivation, granting a wider audience to access one of today’s most daring and enthralling bodies of work, subsequently opening a breach for lesser-known artists to dive into just as successfully.

The following releases confirmed the label’s first-rate curation with a string of quality releases from Niagara, Elzéard & Moana, Gramrcy, DJML – supplemented by some unique, eye-catching sleeve designs to please the eyes and ears in equal measure. As the label’s new instalment, Georgia’s high-in-vitamin ‘Import Fruit‘ just hit the shelves, we sat down with Charles to discuss label evolution, visual identity and recent favourites. He also selected some of the tracks that played a significant role in his musical growth. 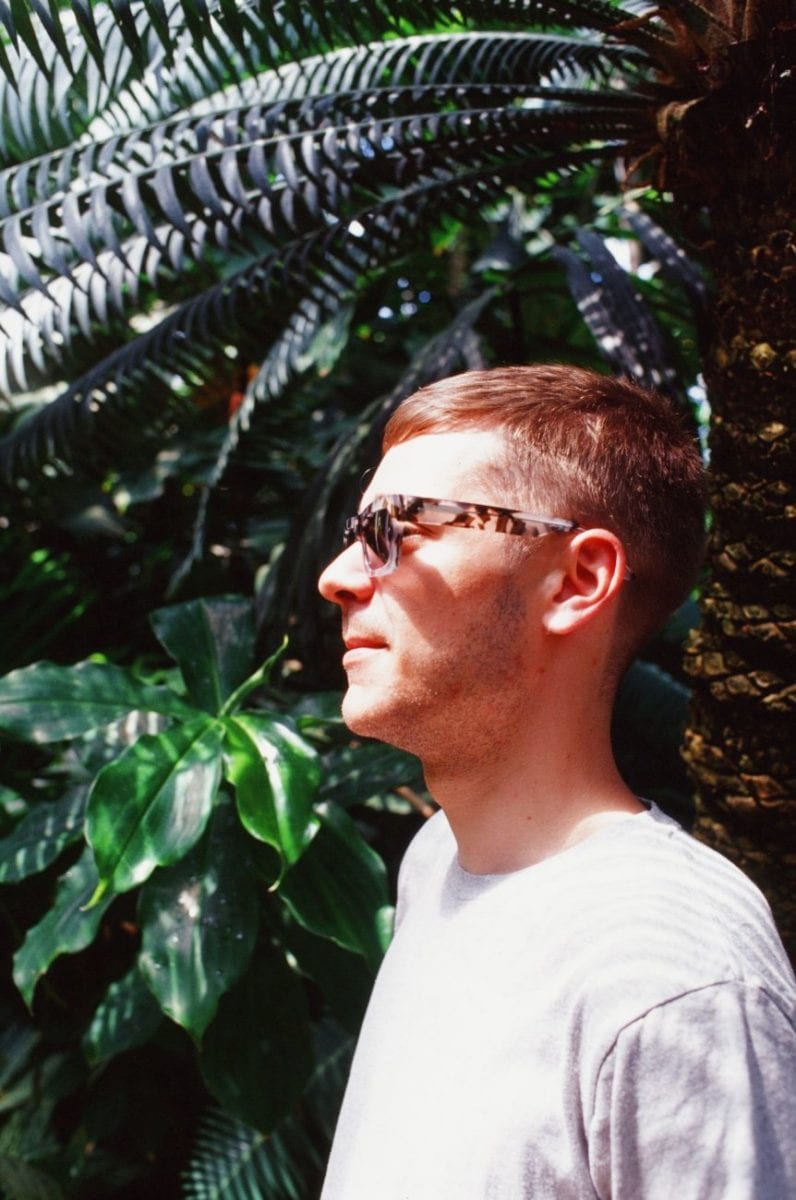 What was the starting point for FTD?

FTD’s starting point is hard to pinpoint. Doing a record label is something I obsessed about for many years before taking the plunge. The starting point was probably hearing Lutto Lento’s music and finally getting the cash together to put it out.

How did you envision the label? Did you have a clear idea of the “sound” or aesthetic you were going for?

I think anyone who starts a label initially knows nothing, but I was very lucky to know some people I could seek advice from.

It’s been a constantly evolving thing though really, and there’s not really a right or wrong way of doing things. The longer you do it, or speak to people about it, the more you realise nobody really knows what they’re doing. Or at least they don’t know for sure it’s the correct way to do things.

In terms of sound or aesthetic, I didn’t really enter into it with anything in mind. I think to do that would be insane, you would end up not releasing really good music just because it hasn’t fit into your preconceived idea. I’d rather leave it open to interpretation, and if something really interests me I’ll put it out. Regardless of whether others are going to like it or not, haha. 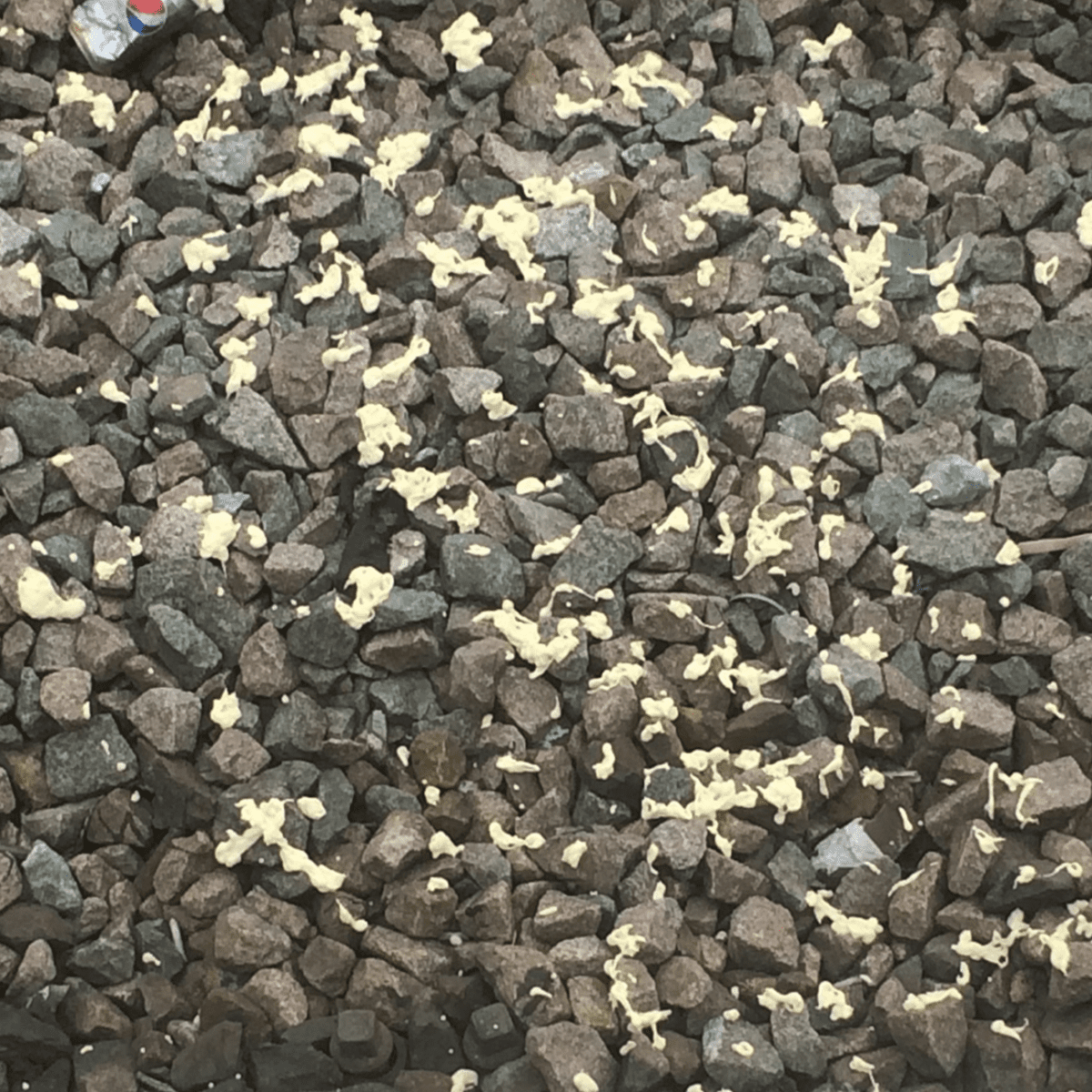 From Polish experimenter Lutto Lento to Elzéard & Moana to Berceuse Heroique affiliate Gramrcy onto Globule Of Non-Standard’s DJML, FTD’s featured a wide-ranging cast of often overlooked talents. What do these releases have in common?

I think you could say they’re all very much of their time, and there’s something quite forward thinking in each of their production styles. At least I feel like the people making those records were experimenting with their own production techniques at the time, and I think you can hear that in them. It’s all progressive house, and I look forward to finally sorting digital distribution so it can sit on Beatport in a sea of progressive house. 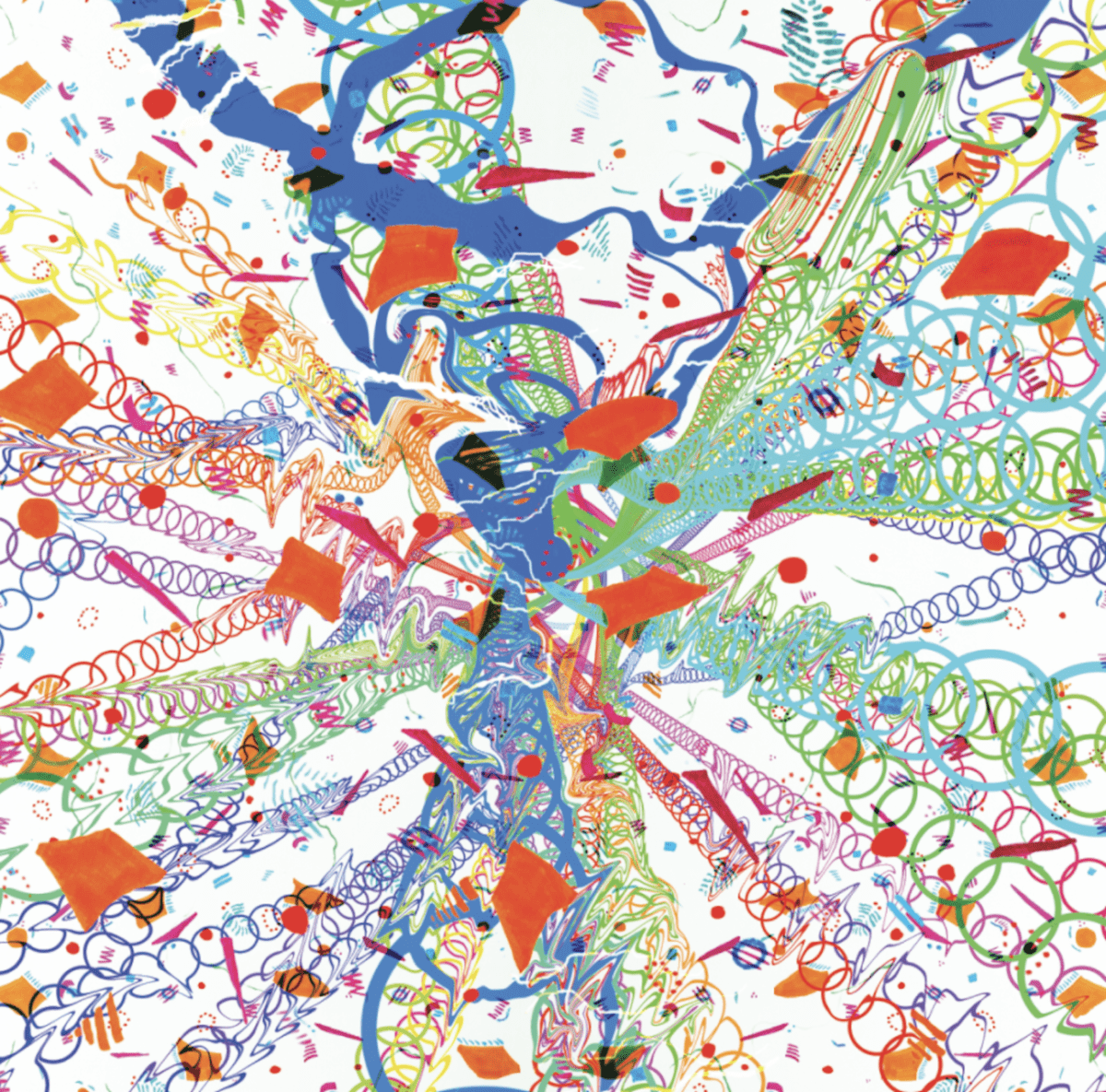 The latest release on FTD is an EP from Chinatown duo Georgia. Please tell us more about it. How did you approach them?

The Georgia guys blow my mind with their amount of output. They put a crazy amount of stuff on Soundcloud all the time, I think because they don’t have enough space to store them on hard-drives. I’d been following this for a while, and then there was a run of about 3-4 tracks that really caught my ear and I decided to get in touch. That formed the basis of the EP and then I went back through lots of other tracks and it all just made sense together.

The label has a very strong visual identity. Who takes care of the design side?

Up until this latest release I’ve designed all the records, but with a lot of help from various people (out to Gramrcy for being very helpful indeed). This usually starts with a bit of back and forth with what the producer likes, and thinks would be a fitting visual for the record. If they’re up for doing it then i’m happy for them to go nuts with it, like the Georgia guys have on the latest EP.

Sasha Litvintseva & Graeme Arnfield have been absolute heroes with the videos as well, for which i’m really thankful. I think in this day and age it’s important to have a visual identity with labels. There’s a sea of new 12”s every week, and standing out in a record store is nearly impossible. You know what it’s like, you check some sites or go in a shop and generally you’re just scanning and looking for familiar names. To try and get someone to even listen to something they’ve not heard of, your best bet is giving it a nice sleeve or hoping they stumble across the video you made for it. 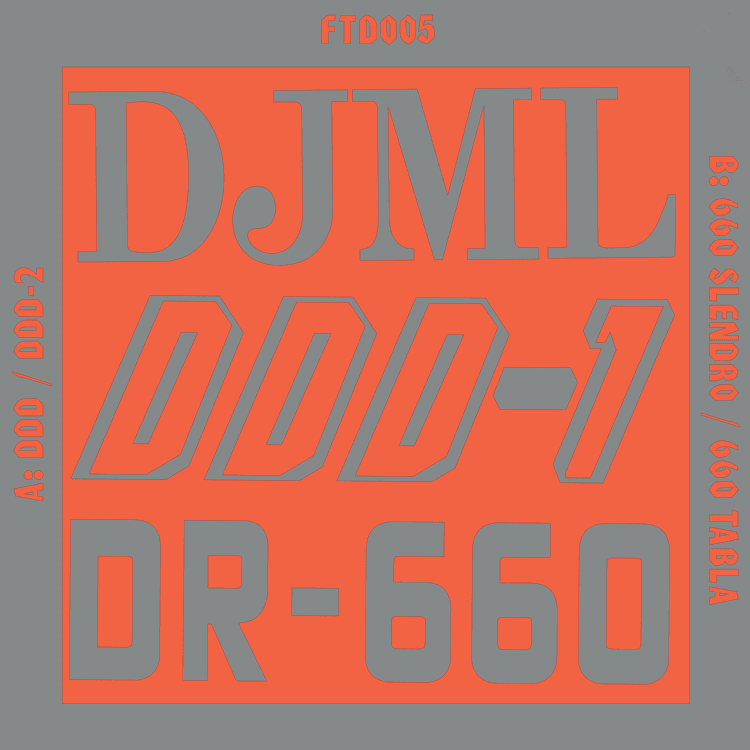 What brought you to electronic music in the first place?

I don’t know when the very first instances of me listening to something that came out of a computer were, but in terms of club music it was definitely dubstep and grime that were my in route.

Have you ever thought of producing music yourself?

I’ve thought about it, and maybe a few edits of things which I enjoy. I think i’ll do more of that in the future, but probably not really looking to release anything as that whole edit culture is a bit weird isn’t it. Not that i’m hating, as I definitely buy those records from time to time. 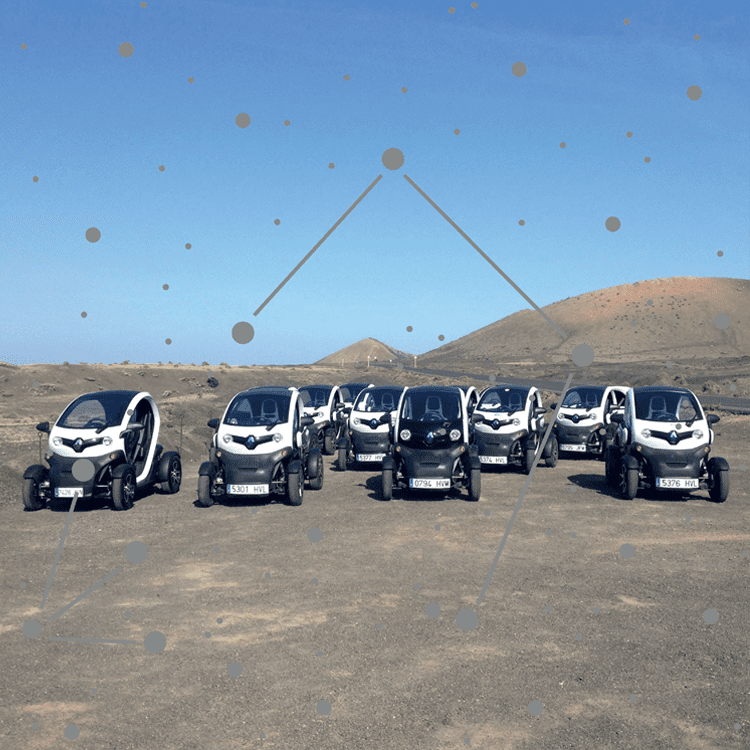 What have been the last records you’ve been rinsing as of late and why?

Here’s a list of record I bought recently.. it’s been quite a nice run of stuff so I thought I would just include them all. I think they will all be getting repeated listens over the coming months. 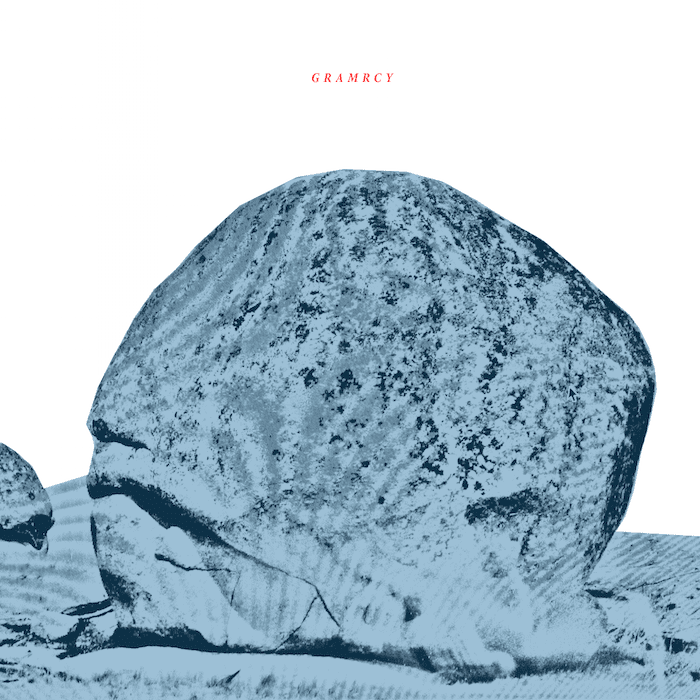 What’s scheduled next on FTD?

I don’t really want to give much away to be honest. Lutto Lento will be making a glorious return shortly though, and i’m really excited about that as it’s some of his finest drum work to date. I just got the artwork nearly ready as well, it’s pretty out there but i’m excited about that coming together.

Beyond that, there’s a couple of record planned over the coming months. Two of which come from excellent UK producers who I have admired for a long time.

I’m off to Cairo next week, and then after that I’m going to be at my house working on some mixes I think, it’s been a while.

I think I can pretty much trace my love of dance music back to buying a 3x CD compiation of electronic music from the 80’s from a Fopp in Leamington. This probably wasn’t my favourite track on there at the time, I think Visage ‘Fade TO Grey’ got the most plays, or maybe A-Ha or Yazoo. I’ve no idea what made me buy it, but i’m very glad I did. Those synths still kill me every time.

As someone who listened to a lot of dubstep and especially the music it went on to influence, Rhythm & Sound was a pretty appealing gateway into techno. I interview Raime recently, and they made a point of how seamlessly the genres of dub and techno were blended by those records, and how it’s become a thing all of it’s own in the process. Such a fully realised sound, that I never grow tired of.

There’s a few mixtapes I go back to over and over again, and one of them is Optimo’s Godcast ‘If You’re Going To Get Down, Get Down And Pray’. This one of there is a particular gem.

One of those mixes you can listen to when horrendously hungover, looking for salvation.

4. Johnny Adams – I Only Wanna Be With You

Sean McAuliffe was a Plastic People resident, and I think is one of the best selectors I’ve ever heard. This is from one of the handful of NTS shows he’s done, and I don’t think i’ve stopped listening to it since.

I’ve got to give a shoutout to the now defunct YouTube channel holywarbles. Around the time I started to get into Japanese records, I stumbled across their archive. I think this one is also pretty influential on all the artwork for FTD, as I try and make sure there’s a sense of fun in all of that.

6. Bill Nelson – Tender Is The Night

Bill Nelson has the most incredible body of work. I’m still finding bits in his discography, and one day if I get the money together I’d like to buy everything he ever did.

His use of marimba especially always pricks my ear.

It’s only in recent years that I’ve become aware of just how great newworldaquarium’s music is. He really is a master of pinpointing synths that are drenched in emotion.

An absolutely wild track on the incredible 10th Planet label. Be sure to check the Insync VS Mysteron records as well. This is exactly the kind of techno I love.

A record made entirely out of samples of insects. As one YouTube commenter points out, it really is a “great butt-shakin’ song”.

Just my favourite song to dance my ass off to, and has been for quite a while now.

Discover more about Charles Drakeford and FTD on Inverted Audio.