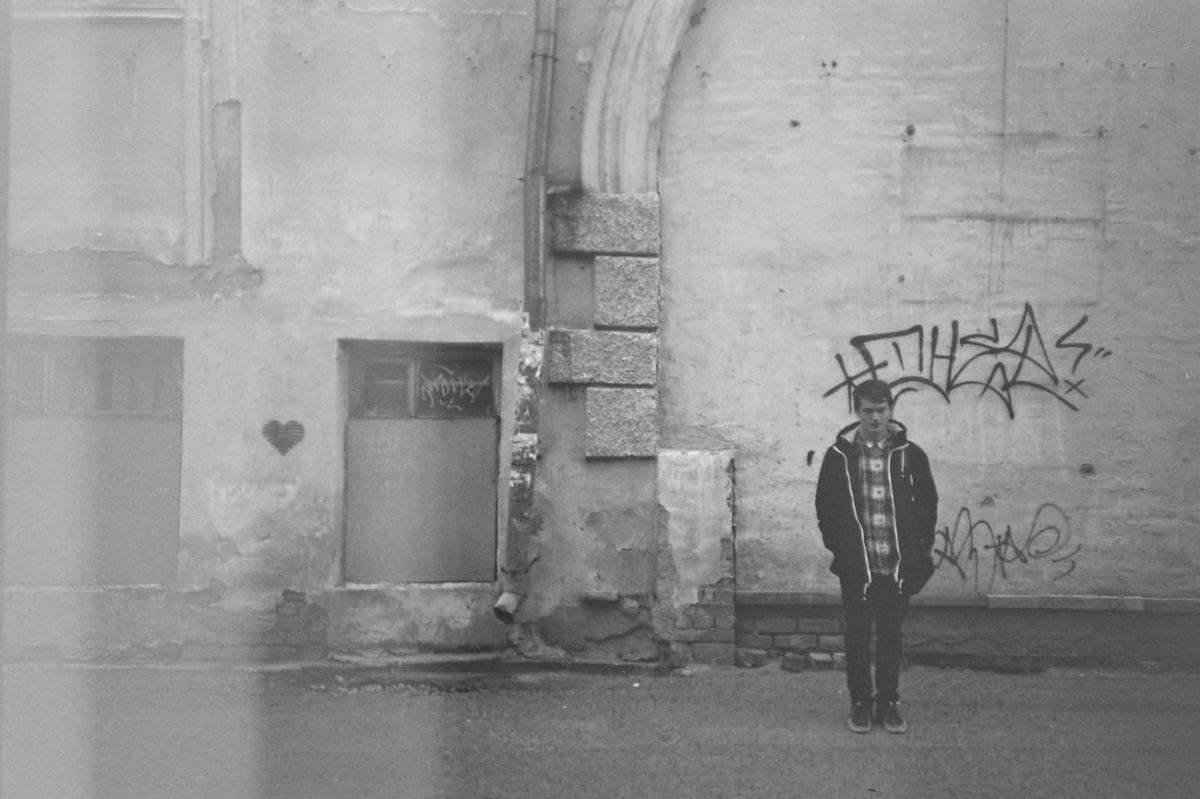 Russian based producer InLensk, real name Gena Volgarev, is on the cusp of releasing his debut ‘Obratno EP’ though Nicolas Jaar’s Other People imprint. The EP presents five finely etched and highly detailed rhythms that spark a close kinship to Autechre, Aphex Twin and other glitch orientated experimental producers. Ahead of the records release on 31st August we caught up with Gena to discover more about his musical heritage and his intricate staccato produced rhythms. We are also premiering InLensk’s track ‘Na 7‘ via Soundcloud.

There’s not much on the Internet about you, so please can you introduce yourself and tell us how you got involved with Other People?

I live in a large Russian city called Yekaterinburg. We have a well developed music community here and there are many interesting indie bands.

I used to play in a band for quite some time. I’ve been collecting many musical experiments, and as a result, I decided to make my own solo project.

Other People are one of my favourite record labels and are highly respected and loved in Russia. More to say, they released ‘Dubna‘ EP from Russia’s iconic electronic musician Vtgnike, whose work I also like.

When I had enough finished material, the first thing I did was send over a demo to Other People, and I was very happy when they replied. 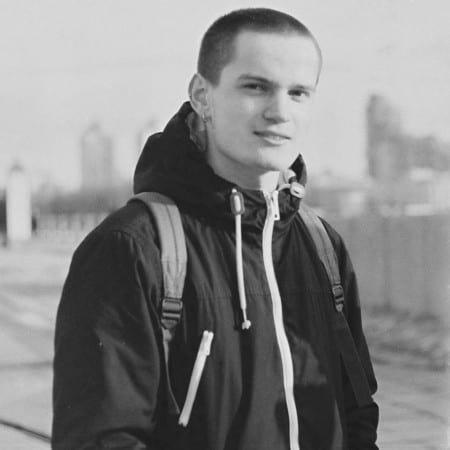 How long have you been experimenting with electronic music and what spurred your interest?

I’ve been experimenting with music for four years. I’ve always had a lot of musical ideas…it has taken time to realise them. I felt like I wanted to achieve a specific sound, to “implement” a sound that was playing in my head.

Unfortunately at the time I didn’t have enough technical skills to do it. Now, after several years of self-cultivation (I’m 19 years old), I feel that I can make my music ideas become a reality.

Tell me about your approach to production. What do you use, where do you produce it and what do you feel when you listen back to your music?

All of “Obratno EP “ was recorded in a small one-bedroom flat where I was living. I was writing it at night time, because I think it’s the best time for recording.  To be more specific, after 2 am, is for me the best time to capture the atmosphere. I guess that’s why I have a somewhat difficult relationship with my neighbours.

In terms of musical equipment I use my laptop, external sound card, speakers and a cheap acoustic-electric Washburn guitar. Sometimes I use my friends’ synths and rent a studio for recording any live drum tracks.

The main part of my music is drums. I’m always looking and choosing for every sound very carefully; I can search for suitable samples and sounds all night….playing with groove and rhythm can take me hours.

I imagine my music as some sort of energy wave, a very strong stream of groove and mood. When listening to my music, I go into trance, a similar to feeling of African mystical rites with their textured drums.

I believe that my music is lyrical. It is not limited by experiments with drums. It has melancholic melodies, which identify my inner thoughts, emotions and mood. 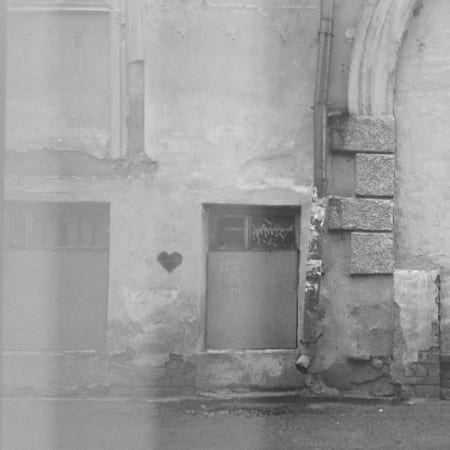 When constructing tracks, is it a case of constantly chopping up drums?

In part this is correct, it is a time-consuming process, but I like it a lot. Not all of my tracks are arranged in a similar manner. For example the ‘Pro 2‘ drum section is fairly easy, simple and affordable.

Obratno EP is your debut release. What’s the story behind the name of the record and the choice for ambiguous track titles?

The release is dedicated to my homeland – a small village called Lensk in the Urals, hence my nickname.

The name of the release, “Obratno”, is actually a Russian word, which means, “back”. I position my music not only as some concept or an experiment, but also as lyrical and emotional music.

The track names all contain Russian prepositions, such as Na, Pod, and so on. Numbers and prepositions symbolize some specific moments of my life in the village, which are very dear to me.

I’m looking at my memories through the prism of urbanism, through a constant stream of sounds, glitch and drums…as if I am recalling echoes of my memory in a city enveloped within a rapid torrent of information.

You’ll be hearing this a lot once people clock onto your music. It sounds very much like Aphex Twin. Did you make a conscious decision to base your music inline with this glitch style?

Yes, many people told me that my music reminds them of Aphex Twin but I can’t call myself a fan of his music. I was more inspired by the works of Autechre and Amon Tobin.

I like the effect of glitch, so of course, I have deliberately used this technique in my music. I plan to use it on a larger scale in future works. 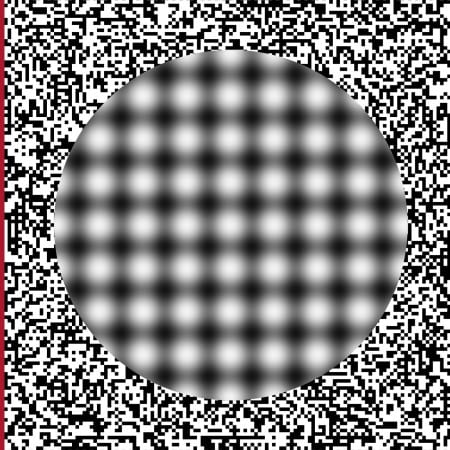 Tell me about the artwork for the release, its hazy effect is pretty trippy – Who’s the designer behind it and did you have any input into its design?

Initially we had a different version of the cover. Nicolas Jaar offered this version. When he suggested this option, I thought it could be very interesting.

The cover is quite provocative and daring, it helps reveal the conceptual side of the record. It is self-sufficient by itself; it can be viewed independently of the music.

Where are you based in Russia and what do you do when you’re not making music?

I study at the Ural State Academy of Architecture and Arts (USAAA) at the Faculty of Industrial Design. In my spare time I develop myself in this direction. My friend and I also have a small tattoo parlour.

Do you have a favourite track on the EP? For me I’d have to say “NA 7” wins my vote.

Personally, I like to listen to the whole record. Of course, each track is self-sufficient enough, but I usually listen to my EP from beginning to end, without selecting an individual song, but at the same time I do have a special sympathy to “Pod 3”.

Apart from producing, do you DJ as well?

I occasionally play live-sets at local clubs, although I would like to try my hand at DJing. 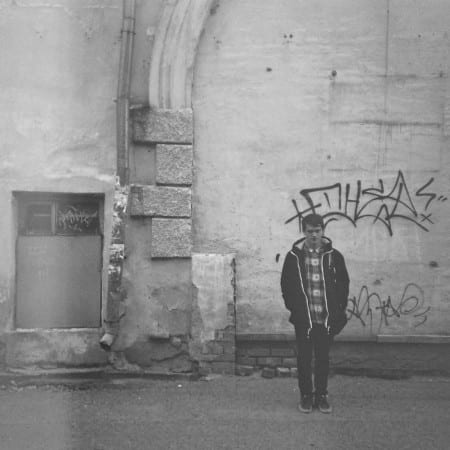 How do you go about discovering new music?

I keep an eye on the music industry and news articles. I am registered on many musical Internet resources, writing about novelties. I also keep an eye on some of my favourite record labels.

Also in Russia we have a social network called ‘VK’ where there is a set of various public pages devoted to music. Generally I find new music there.

Following the release of Obratno EP what do you want to do next?

Now I am looking for inspiration and new ways of musical expression. New ideas and sketches slowly emerge over time so that the concept starts to build up. It’s likely that within a year there will be new EP or even a whole album.

Finally what music are you currently listening to?

I have recently became addicted to musical collages D / P / I. Just in my player right now – the debut album by FIS – The Blue Quicksand Is Going Now and stunning album – Holly Herndon – Platform. 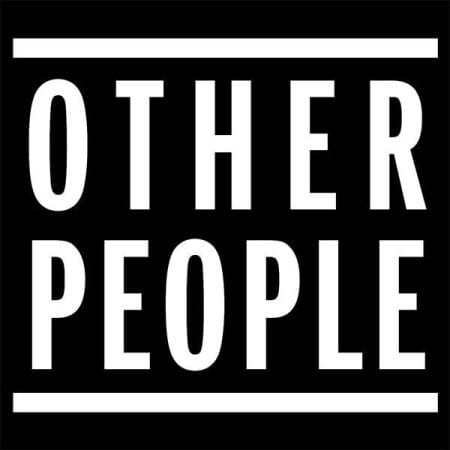