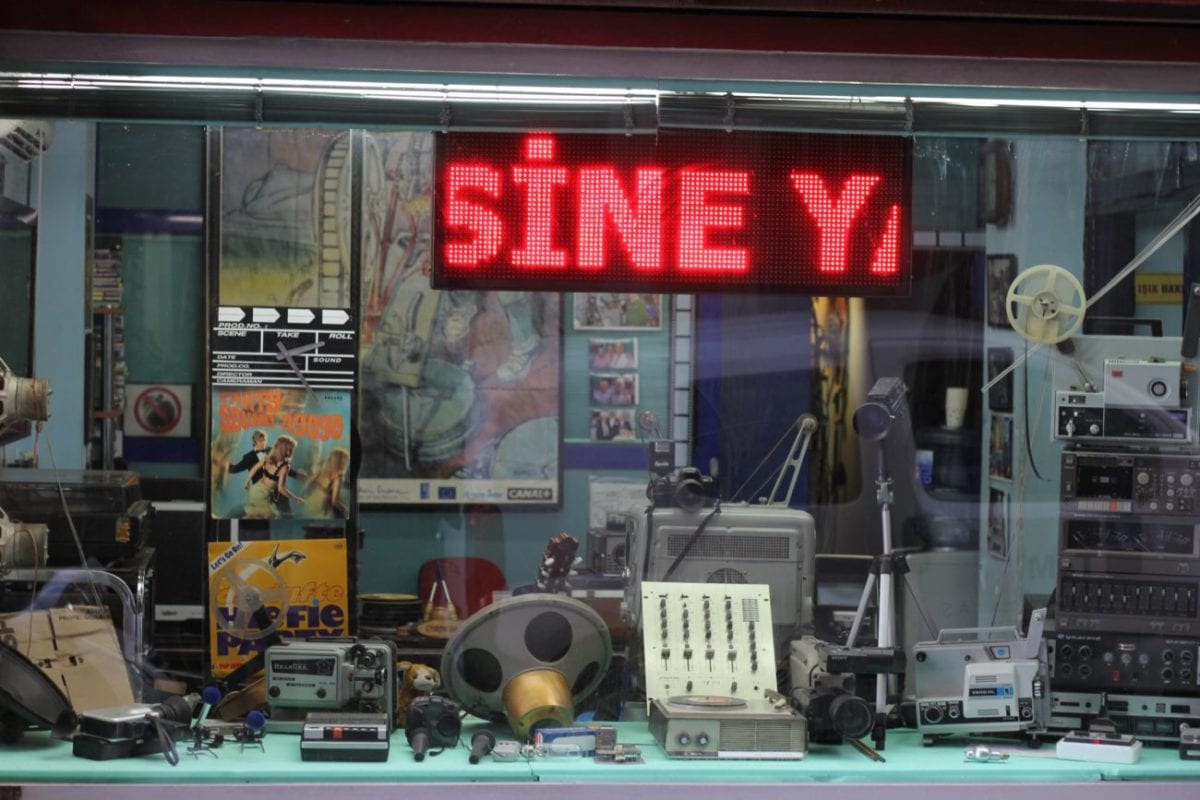 Each release will cast a new light on what constitutes both the typical and unsuspected essence of a country’s sonic presence, collecting a wide range of field recordings and reshuffling them into consistent musical objects with the help of a team of friends and producers from all around the globe. 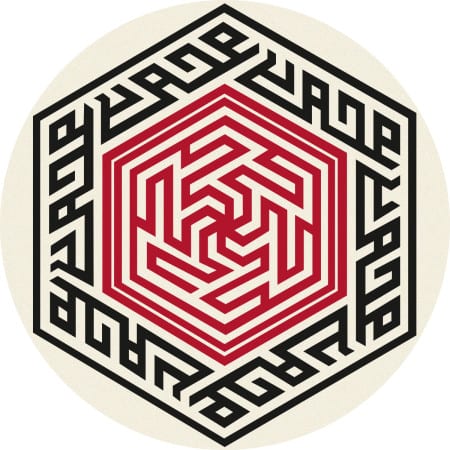 For its first instalment, the Field Works project stopped by Turkey. Following a journey that saw the team travel across Anatolian mountains down to the banks of Bosphorus, the team garnered an impressive library of audio fragments and daily life sound-stills, eventually entrusting them to a cluster of producers composed of Baris K, Valentin Stip, Volkan Akin and Tim Karbon for a very special treat.

As an appetizer, we’re glad to bring you the exclusive premiere of Tim Karbon’s superb closer Chapter IV: an uplifting cut of UK-inflected rhythms melded with aerial ceremonial chants and throbbing Bağlama strings.

We also caught up with Fred Scharf, label owner and anthropologist by trade, to discuss in-depth project details, recording process and further orientations for the series. 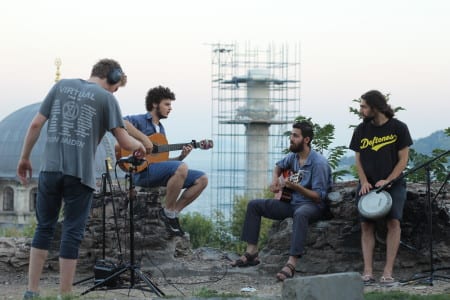 Hello Fred, can you tell us more about the Field Works project? What does it exactly consist in?

“Vox Populi Field Works Vol. I” is the inauguration product of a broader project entitled “Field Works”. We travel to different locations in the world in order to collect sounds, eventually creating an archive of some of the many musical and sonic traditions of the world.

The project consists of recording musicians, instrumentalists, religious rituals, celebrations, oral expressions, street ambient sounds, natural sounds, audio fragments in general; creating a sample pack with the sounds collected and sending it to 4 different electronic producers so they can re-interpret those sounds in an original production.

We will also be video-documenting our travels with hopes of explaining the social, cultural, and historical contexts of the world’s musical soundscape.

How was the concept originally born?

During my anthropology studies, I stumbled upon the work of John Lomax and Alan Lomax, two musicologists, who as soon as 1933, recorded traditional american folk songs inside penitentiaries and prisons in the U.S. They attempted to apply academic methodology to their work and used a phonograph for their recordings.

It inspired me a lot, and the “Field Works” project was born. Introducing organic and traditional elements into modern electronic compositions is also a way to reflect the tradition / modernity dichotomy. The choice of Istanbul as the ground for this inaugural project was inspired by the apparent lack of dialogue between the Turkish community in Berlin – the largest in the world outside of Turkey – and Berlin’s vibrant electronic music scene.

Thanks to its unique role as a cultural bridge between Europe and Asia, Turkey and more specifically, Istanbul, its largest city, has historically served as an epicenter for the development and fusion of a diverse range of musical styles. 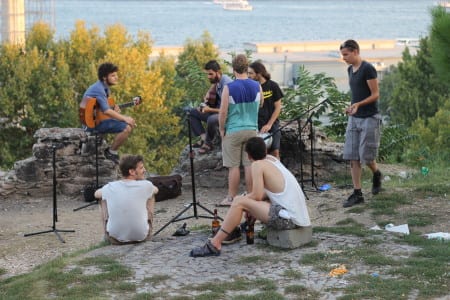 Aside from running the label, you work as an anthropologist. How does one activity influence the other?

I am not tied to any University or institution and therefore am an independent anthropologist. I opted for a field of study and inspire myself from academic methodology. Of course, working as an anthropologist on its own is challenging, but not having someone to report to is an advantage.

My fields of interest in music are linked to those in anthropology, and more precisely in ethnomusicology, which is the study of music in its cultural context. Using ethnography, which is field based and inductive, as a method of collecting data, is also reflected in our field recordings and interviews. Connecting those two activities seemed like a logical choice. 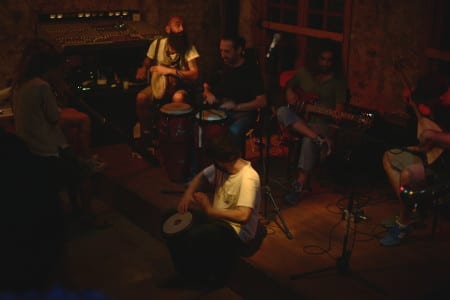 The importance of field recordings is often neglected. What’s your relationship with that natural, directly-sourced material?

It is true that the importance of field recordings is often neglected. Specially if you see it through a historical point of view. You must understand music as social practice. Labels such as Vanguard Records in the 1950’ and 60’, Nonesuch Records and their Nonesuch Explorer Series in the 60’ to 80’, which consisted mostly of field recordings from around the world made them pioneers in the field of World Music, long before the term even existed.

Le Chant du Monde, which is known to have gathered the first collection of traditional music and ethnographic recordings, is a label that I discovered searching in the CD crates of my father and awoke my interest to this subject of research. Not to mention field recordings of natural elements, which contributed massively to the development of genres such as musique concrète, experimental, avant-garde and more recently ambient.

I also find a lot of interest in the field of psychoacoustics, which is the scientific study of sound perception. It is also interesting to think the relationship between environment and artistic production of a human group.

Take for instance, the advent of the industrial revolution, that gave modern men a greater capacity to appreciate more complex sounds and to accustom the human ear to particular noise of the urban industrial soundscape.

It is undeniable that our surroundings are the main source of inspiration for our artistic and cultural production and this is evident in Techno for example. 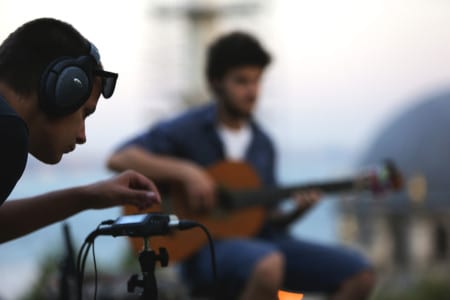 You’ve been traveling across Istanbul, Turkey, chasing peculiar audio shapes, traditional music bits and other sound fragments. How did the recording process work out?

It has been incredible. During our whole stay, everything went smoothly. We had different audio units and mics that gave us a lot of flexibility and practicality in our recordings.

We could record anything at any moment, and that’s exactly what we did. Making connections on-site was essential to discovering venues and places that were worth recording. We occasionally rented audio equipment to record spontaneous jam sessions from musicians we gathered.

We stumbled across traditional gypsy marriages and had the chance to record the different sounds of those kind of celebrations. The focus was on gathering as much material as we could, so we could offer a great sound folder to the producers. 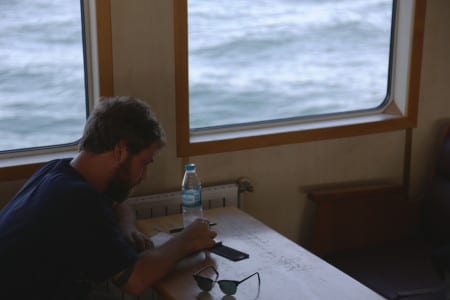 Was there a common sound library for producers to pick elements from or were these different recordings?

The result of the trip was a massive 12GB sound library that I sent to the producers. They had complete freedom and had a wide range of sounds to pick from.

How did you organise yourself during the trip?

In regards to the recording sessions nothing was really planned. The first two days were fully dedicated to finding recording opportunities and we were lucky to find so many great and talented musicians. A few contacts that I have also helped us a lot in finding recording studios and musicians that could play traditional Turkish music.

We also conducted several interviews with vinyl stores owners and label managers that also connected us to several instrumentalists. Everything was kind of on-the-go and it worked out perfectly.

Istanbul is an amazing place for those who seek authentic street music and recording street musicians was a constant event. We always asked for permission and always explained the project before-hand. 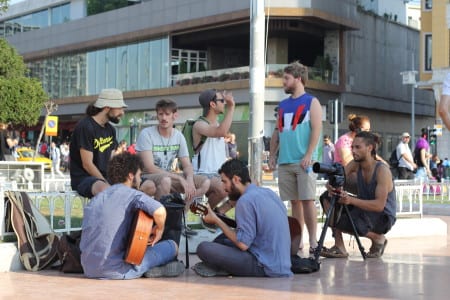 What can we expect from the series in a near future?

“Field Works Vol. II” is in its initial phase and is to be expected in the near future. Hopefully, I can expand the series and continue to travel with the label. A few clips and short videos are also to be expected.

There is also a parallel project on which I am working on and which consists in acquiring copyrights of old recordings and releasing them on geographical themed vinyl compilations. 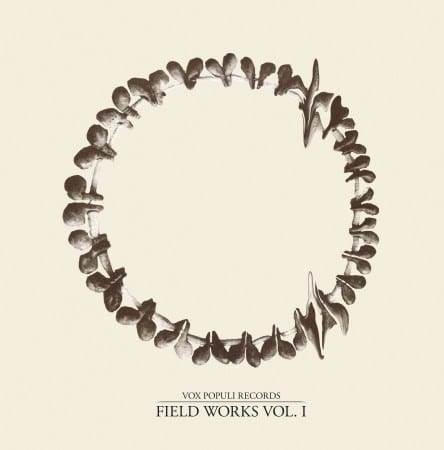