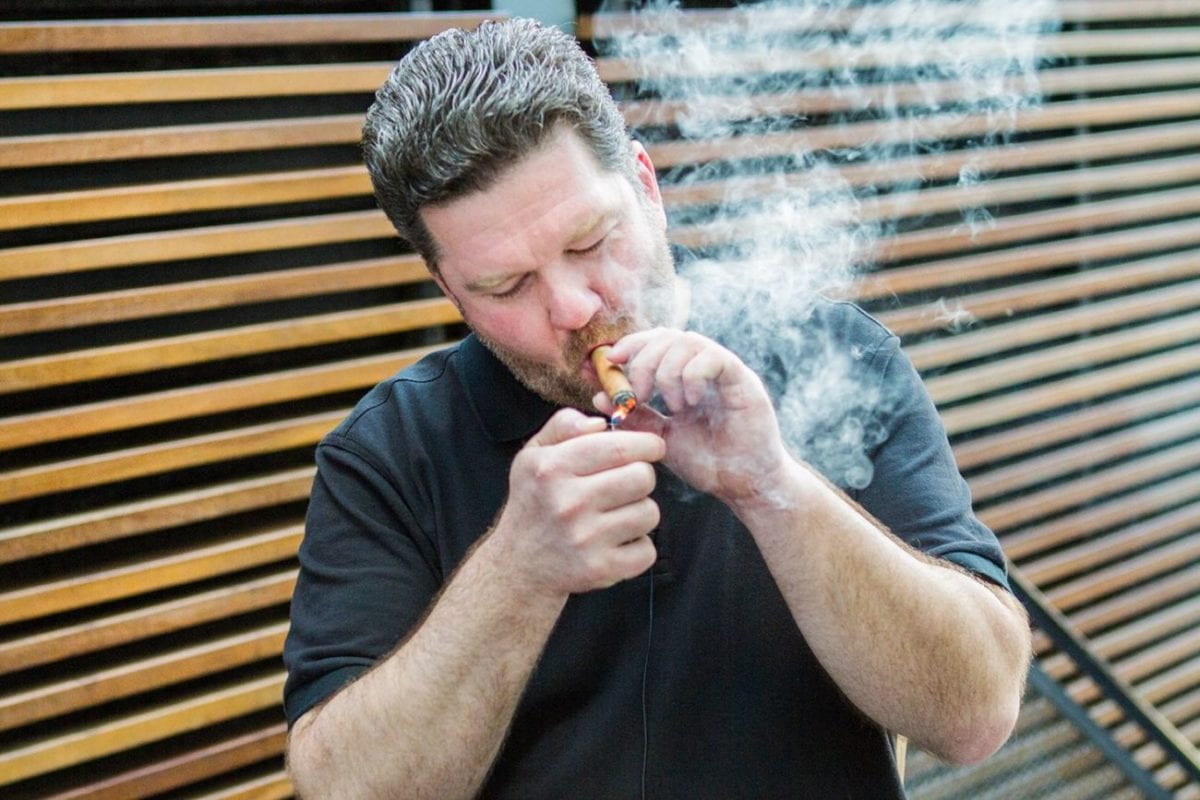 The music of Stefan Betke aka Pole is in a constant state of flux. His recordings are evidence of his musical evolution, milestones along an open-ended journey. But this does not mean Pole’s albums are provisional or incomplete; on the contrary, they express a kind of perfectionism always aimed at reaching an imagined musical core.

For Pole musical reductionism isn’t repetitive or deterministic. It involves constant motion around an ideal core, the smallest possible unit. As a result, all of Pole’s releases, despite their differences, are united by a central question: “How can one extract the most intensity from the least amount of material as possible?”

It’s been 8 years since Pole released his album ‘Steingarten‘. Following that release, Betke closed down his iconic record label ~scape in 2010, which saw the release of dub, glitch and experimental albums from the likes of Jan Jelinek’s ‘Loop Finding Jazz Records‘ LP (2001), Deadbeat’s ‘Wildlife Documentaries‘ LP (2002) and Portable’s ‘Version‘ LP (2005).

Betke resurfaced in 2011 with the release of a three part vinyl series ‘Waldgeschichten‘ on his new imprint POLE, forming the premise of his new album ‘Wald‘. We were fortunate enough to speak to Stefan to discuss his 5 year album writing process and how he thinks ‘Wald‘ compares to his previous 6 albums.

It’s been 8 years since you released your previous album Steingarten (2007), why has it taken such a long time to release your new album?

After the release of “Steingarten” I was touring quite a lot. At the same time we were closing down ~scape, the record label that Barbara Preisinger and I were running. There was not much time and headspace left to work on a new album.

Later when I came back to work on music it took me a while to compose tracks that I was happy with. The idea has always been to add new elements to a new release and that took time to develop.

How do you think ‘Wald’ compares to your previous 6 albums?

It’s hard to tell, I always try to develop my music from release to release, keeping in mind which elements are worth keeping and which ones need to be replaced or reshaped. I believe you can still see a lot of parts that are audible throughout my releases…like a red line.

The dub element, the reduction, simplicity, bass, rhythm structures, production… and so on means that I think “Wald” contains a great next step, but is still very much connected to my earlier work. 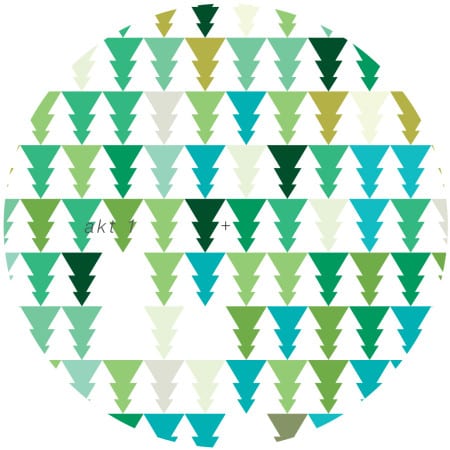 What provoked you to start working on your new album?

Well, the wish to make new music. It was not easy to find time, or to get into a workflow, but I always have ideas, which I try to capture.

‘Wald’ is a 50-minute piece divided into three acts, with each act further divided up into three tracks. What do these acts symbolise?

It is not about the number “3”, there were 9 tracks that needed to be divided into parts. These parts were supposed to make sense musically. So I grouped them into three parts following a timeline.

Just like choreography in dance, I let the songs follow a logical flow of sound and I combine them to allow development, intro and outro as well as climaxes per act…dynamic progress. 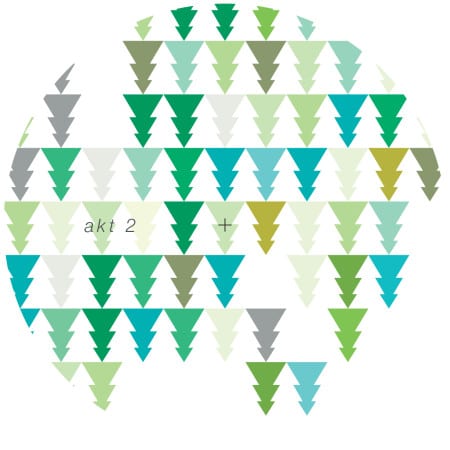 ‘Salamander’ and ‘Aue (live)’ are two of my top picks from ‘Wald’ – Can you tell me about these two compositions and what they make you feel when listening back to them?

Oh really. These were released on the 12″ ‘Waldgeschichten‘ series, but were in a different form.

Through playing them live over the past couple of years they’ve changed a lot and have become more compressed and dense than the original interpretations.

I added distorted sounds and left everything out which was not needed. This made the tracks better I believe. I think they’re like an old red wine, just ready to enjoy now. So they ended up being on the album in a live version.

I’m assuming this album marks the end of the ‘Waldgeschichten‘ series – What do you feel you’ve achieved whilst working on this project?

The album “Wald” is indeed the end of it. Working on a new idea is very inspiring. You need to get focused again and find frames for sounds, structures, space and whatever else is needed to compose a good track.

What you achieve in the best case, is a new step in how you make music. An album that irritates you is always a good sign that the work process has lead somewhere and that you have not repeated yourself.

‘Fichte’ sounds more like some dark rolling drum and bass track – it seems to break away from your more traditional dub sound. Tell me about it?

This is one of the irritations I was talking about earlier. The track appears to be further away from my traditional use of dub elements, but if you look closer they are still there, just re-arranged and combined with other elements, which takes a bit more attention. A new element found its way into my composition, which is alway exciting. 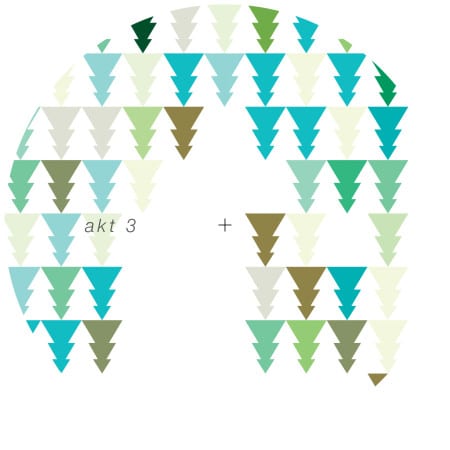 Did you write Wald over a period of years or months?

Over a few years…at least over 5 years.

Is being a mastering engineer a hindrance or an advantage when it comes to writing your own album?

I am running my mastering studio and I am still cutting a lot of vinyl. Mastering is always both standing in my way as well as supporting my thinking about music! It’s a strange thing. You have to be very disciplined to do both composing and engineering same time.

Did you turn to anyone else for any help, advice or simply a second ear whilst making the album?

Usually I don’t really get help whilst mixing, maybe I play some tracks to friends but it’s more random.

This time I changed my policy at the end of making the album. I asked Deadbeat aka Scott Monteith to come over for 2 days and go through the actual mixes with me. This happened at the very end of the recording and mixing process, so all of the tracks were there already. Scott was really fast and just said:

That really helped me to stop working on the album and nail it down…so thank you Scott! 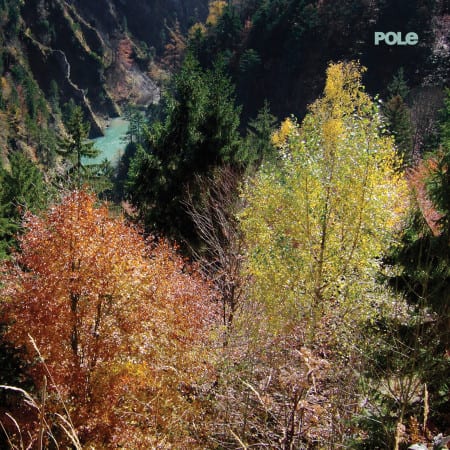 Tell me about the artwork for the album – Where was the photo taken and by whom? What connection do you have with it?

I took the photo whilst walking on an old smugglers path between Austria and Germany. I had this sound in my mind and I needed a placeholder, so that I could remember what I had in mind (similar to a painter who would make a fast scribble to remember), so I took this photo.

The photo shows the beauty and deepness of this sound I had in mind…by the way that was the procedure for all the tracks. I just look at the pictures and I was able to remember what I had in mind.

You’ve stated that the environment, cities and nature, are both influential on your music – in what ways have the elements inspired ‘Wald’?

The parts you cannot see as in “Myzel” (the part of a mushroom that grows under earth, as well as “Wurzel” which means root). Now we can add all the things to the image, which are not horizontal or vertical but different. If you look closely enough you will find a lot between the lines including space. All of this has been an inspiration for all of my records and of course for “Wald“. 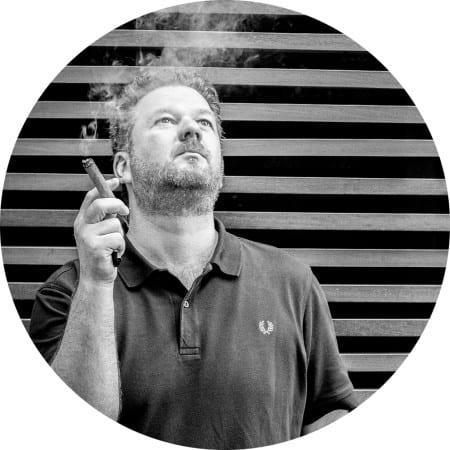 Will you be on tour for the rest of the year? What does the POLE Wald live show entail?

We are working on shows at the moment. We are going to have a release party in London on 24th September at Village Underground, and more will follow hopefully.

Live we will present the album as an audiovisual show featuring MFO, Marcel Weber, who is a Berlin based video artist. We did a few shows together already at Mutek festival (Canada), in Boston and Seattle at “Kremwerk” as well as in Malmö / Sweden. The show is really intense and includes great video work, a lot of bass; dub elements as well as distortion. Pretty groovy I would say.

Which shows are you looking forward to playing?

To be honest I am looking forward to all of the shows. I love playing live, but of course there are always some countries you like better. Japan is always fantastic. But as I said, we love all of them as long as the audience is open minded.

What’s next for the POLE imprint?

We will release a 7″ in winter. A live version of “Lurch“, taken from my 12” series. The flip side will be a remix by Peder Mannerfelt who’s work is really great. I will be playing some shows, remixes need to be done, mastering a lot, cutting vinyl and of course working on new ideas and hopefully it will not take another 8 years to release a new album. 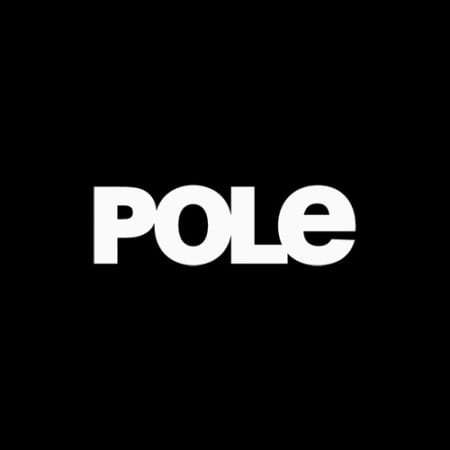