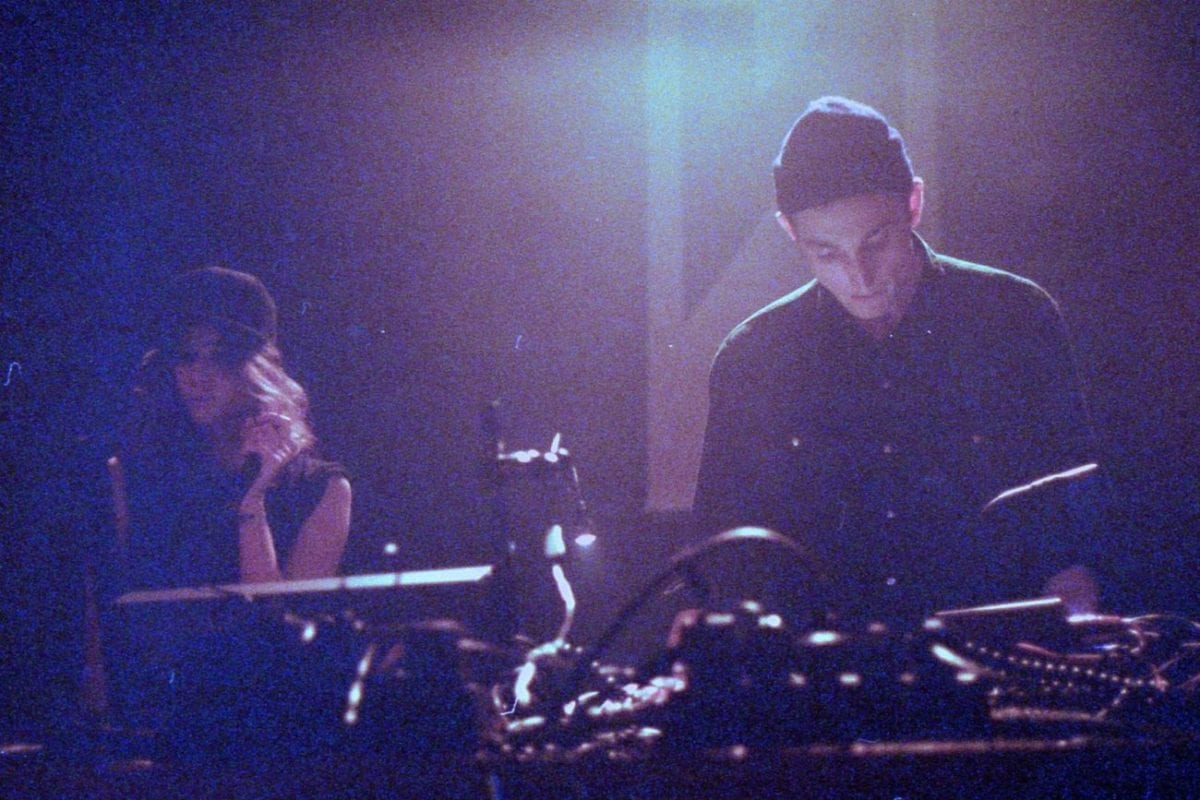 Following two promising efforts released between 2012 and 2014, enigmatic Rotterdam-based duo Antenna – aka Eline and Sasha – are back this Fall with a pair of 12″ burners for Pinkman and Clone Records ever-inspiring Royal Oak series.

Sasha kindly took the time to answer our questions and also selected some of Antenna’s favourite YouTube videos; ranging from old school, trans-ravey anthems and acid-infused VHS clips to natural sciences and society-exploring documentaries onto weird footage of a crazy teen garage-band’s rehearsal.

Little is known about you, except that you’re a duo based in Rotterdam. Have you implemented this to protect your identities, or so that people focus solely on your musical output?

It’s not a conscious decision; we just don’t like the public relation part of releasing records very much. And in the world of over-presentation, the lack of promotion can be a positive thing.

How and when was the Antenna project born?

I was always making music under a different alias (Renkas). In 2011 I wanted to try a more direct approach to making records. Eline joined a few months later…that’s how Antenna was born.

What has been the principal motivation in producing your own music?

The most appealing part of making music is that we can create our little worlds. It is an escapist process in a way. With house music you can make solid, compact messages. But it can also be like an impressionist painting, capturing a mood or an experience.

Is there a strong emulation between Rotterdam’s record labels and artists?

There is a strong connection between people that are involved in house and techno music in Rotterdam, it goes way back to the 1990s. We moved to Rotterdam a few years ago, so for us it was very visible from a distance. It’s crazy how many talented DJs and producers live in the Dutch west coast area.

What are the places you’d recommend our readers to visit in Rotterdam? Any record store, club, bar or just beautiful place?

Clone just moved to a new location at Raampoortstraat 12. It is a very beautiful and spacious place. The vibe there is quite unusual for a vinyl shop.

Besides that there is an old tunnel that goes underneath the river, connecting two parts of the city. It is quite deep, and it’s only made for bicycles. It is a weird and psychedelic experience, cycling through the tunnel at full speed.

Your “Childhood” EP has just been released on Pinkman and the next one for Clone’s Royal Oak series is about to hit the shelves in a couple of weeks. Can you tell us more about the process behind each release?

One day Patrick Marsman (label boss of Pinkman) came over to the studio when I was recording In August. I played him a few sequences from the MPC and he immediately claimed it for Pinkman. Then the other two tracks came together. The EP is based around the idea of a surreal childhood, when the grown-up laws don’t apply and the world seems to be scarier and bigger.

About the “New Life” EP on Clone’s Royal Oak imprint, Serge first signed ‘Lake of X‘ and ‘Harpy Dance‘, and we created the whole EP around those two tracks. We watched many science and nature documentaries during that time.

Both of the EPs are made on an MPC with a lot of Akai S900, Alpha Juno and some other synthesizers and drum machines.

Who are your main influences? Is there an artist you particularly look up to?

The Chicago and Detroit music from the late 80s and the early 90s have been the most influential, especially Blake Baxter and Kevin Saunders. We find the European proto-trance, and early UK sound of the 90s also very interesting. And off course the Dutch Bunker, Viewlexx and Clone are very influential. Eline was very much into hardcore punk rock when she was a teenager.

How do you operate in the studio? Jamming, then sequencing, or directly building up your beats on software with a precise idea in mind?

Mostly we start with a very vague idea, a direction or a certain sound. Sometimes there is just a certain vibe in the air that transforms in a track, and sometimes it just comes out of nowhere.

Are you more of: a) devoted hardware worshippers, b) balanced hardware and software users or c) software wizards?

I like the restrictions of hardware and those little unexpected presents that I could never come up with if I was using software. There is nothing wrong with software, I just find it personally harder to get inspired with. Eline is not so much into technology, she writes melodies, chord progressions and creates ideas.

What piece of gear could you never get rid of?

My first synthesizer was the Juno 106. I’ve had it for more than 10 years. I managed to build a personal relationship with it. It’s very simple, but very warm and it can do everything for you, just like a good friend.

I also love my Akai S900 sampler. It’s the most used piece of gear in the studio. Some tracks are entirely made on the S900.

What has been your best live experience?

We enjoyed playing at REX Club a lot. The sound system was amazing and everything just fell into the right place, resulting in a great live experience.

What are the last records you bought?

Where will you be this fall?

We are working on a new live set right now and I am planning to go to Kiev for a few weeks in the Autumn to play a few shows there. There is a very cool scene emerging in Kiev at the moment and I want to be a little part of it. Eline will be working on two really cool film festivals in autumn.

Mesmerising visuals from the 3Lux-2 series of video mixes. That you could buy on VHS tapes in the 90s.

Very psyched video from the legendary, but not as well-known band from Tilburg, Holland.

Trailer from the fantastic ‘Enjoy Poverty‘ documentary. Unfortunately not present on youtube.

Beautiful track and video with a beautiful message.

5. Soviet Subversion Of The Free World

Interview with a fled KGB agent recorded in 1984. Whether it is true or not, its very interesting especially from the 1984 perspective, 7 years before the fall of iron curtain. As a bonus you get very cool synthesizer interludes that sound very Legowelt.

Footage of the most intense garage band rehearsal. You can see youtube synth-hero Jexus somewhere in the video. Put the volume down before you click on the link!

Trippy Ukrainian electronic music from 1997, and even more trippy video.

Perfect band to listen to in september.

Grieve and acceptation soundtrack music from the talented Betonkust. The video is made by some famous foreign film director.