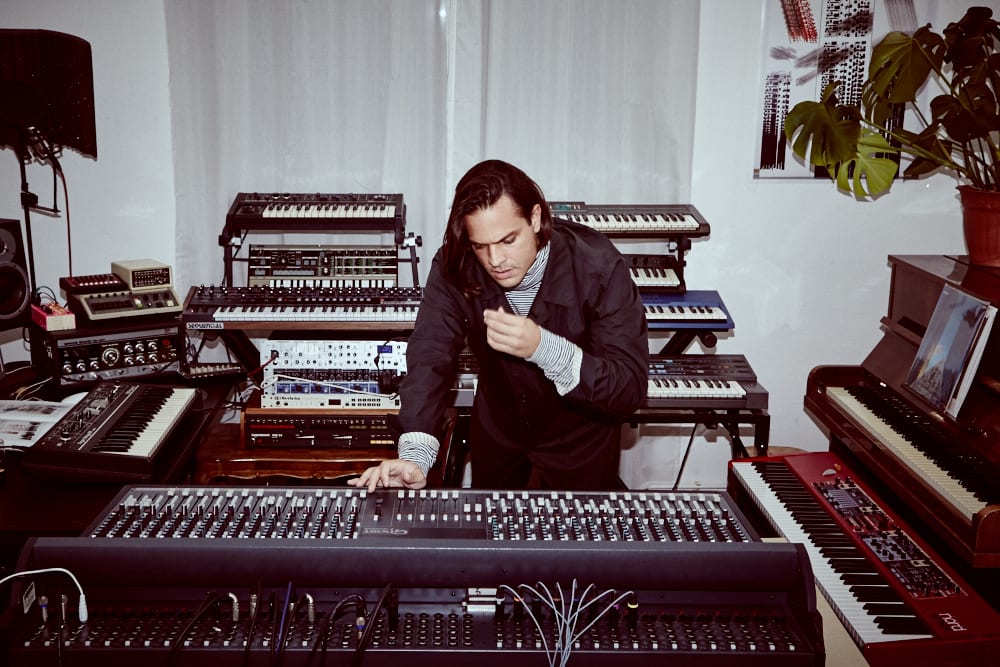 With a host of releases on highly popular dance music platforms – from Poker Flat to Cocoon, via BPitch Control and Cadenza, onto his own record label These Days, Greek producer Argyris Theofilis – better known as Argy – forged a signature sound both hypnotic and dancy, minimal yet intricately detailed; settling as one of the most consistent tech-house merchants of the last decade.

Through EPs for Gilb’R’s seminal imprint Versatile and Munich’s Permanent Vacation – although both clearly aimed at the dancefloor, Argy hinted at further off-piste electronic potentialities, coming to further fruition on his debut album as Zodiac Free Arts Club, ‘Floating World‘. After seven years of radio silence, ZFAC awakens from its slumber with ‘Structures + Codes‘, out today on Hivern Discs’ offshoot HVNX.

Spread over eight tracks of soaring, arpeggiated kosmische and arcane kraut patterns – each of them relating to a particular painting by Greek artist Constantin Xenakis – the album was conceived as an homage to the painter’s vision and scope, moving past the status of mere ‘exercise in style’ neatly, whilst fluidly prolonging Xenakis’ complex visual motifs into the world of electronics.

In Argyris own words, “Constantin Xenakis work possesses exactly what I really love about intelligent electronic music. It’s stylishly repetitive, coded, mechanical but, at the same time, very organic and playful“, so we thought we’d catch up with him to discuss his love for Xenakis, creative process and the Argy/ZFAC dichotomy. Stream the mesmerising ‘Metachimie‘ down below. 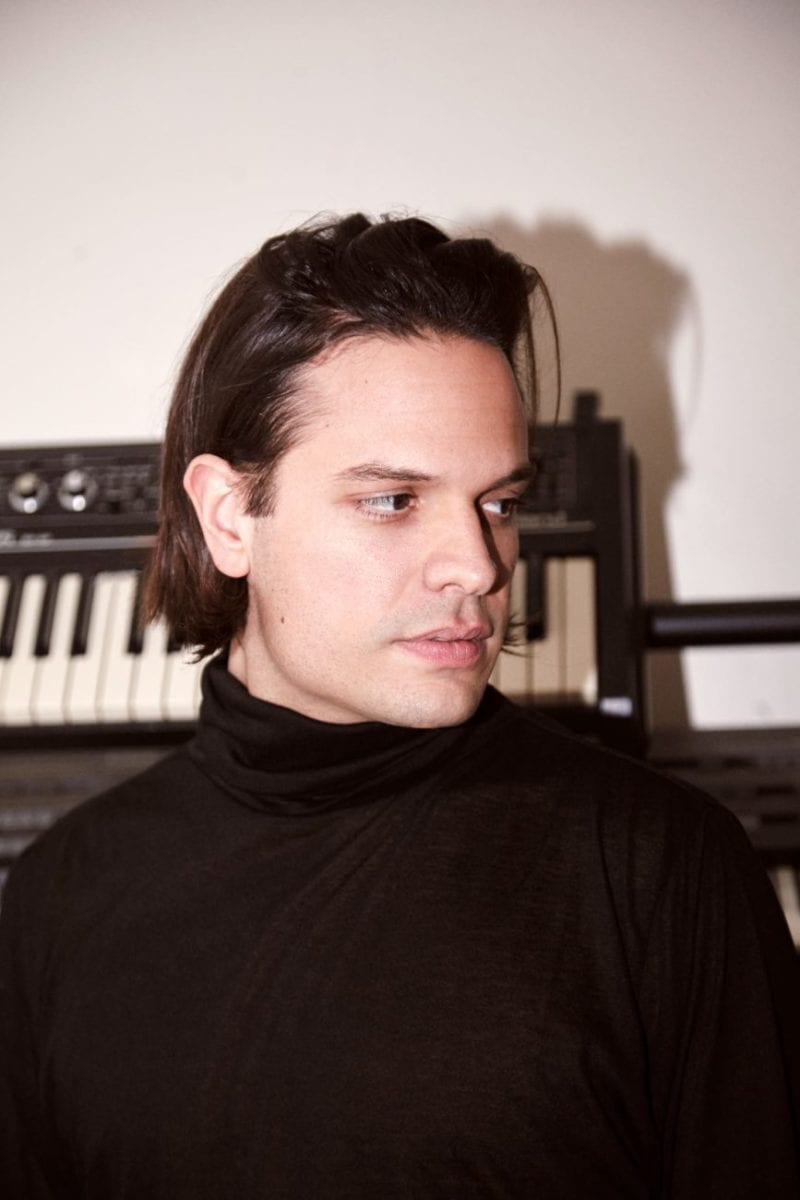 First things first, how did you come up with that name, Zodiac Free Arts Club? What does that refer to?

It’s an homage to Zodiak Free Arts Lab, a short-lived but highly influential experimental live music venue, founded in the then West Berlin in late 1968 by German artists/musicians Conrad Schnitzler (1937–2011) and Hans-Joachim Roedelius. Bands like Ash Ra Tempel and Tangerine Dream formed due to the jam sessions there.

Your second album as ZFAC, ‘Structures + Codes’ is about to come out on Hivern Discs sub-label HVNX. Please tell us more about the recording and approach you took for it.

It’s more about what I go through as a composer while recording and not so much about the gear – since gear-wise I use a lot of classic ’70s and ’80s synths and drum machines from that era.

What is more interesting to talk about is that I can only make a Zodiac album through one big wave of inspiration, and while I am on that wave I barely communicate with the outside world. I dream about being in another time, live with pictures of the kraut era and act like a method actor to facilitate my dream and obsession for this music.

It is presented as ‘’a concept album conceived as an homage to the painter’s vision’’ where ‘’each one of the eight songs in the album corresponds to a painting by Xenakis’’. How did you proceed? Was it a fluid, natural process or more of a laborious, painstaking development?

There was nothing painful about that, again, the Zodiac either comes out naturally or not at all. It doesn’t have a time frame or a business plan. On the contrary, it keeps me sane as it acts as the antidote to that.

Do you recall the first work of Constantin Xenakis you came across and what you felt looking at it?

My parents kept a painting of Xenakis in our living room. I was always obsessed by it and only years after I wanted to know who made it. After finding out I started looking for the creator and finally met him in person a few years down the road.

What touches you most in Xenakis’ art?

The mystery. When I say that, I don’t mean anything metaphysical. I mean that I actually don’t understand how a human can technically arrive to such a result. Usually if I understand how something is done, it might lose its appeal.

You met him on a few occasions between Paris and Athens. How was it to finally put a face to a name? I guess it was quite an emotionally-charged moment for you.

I never expected to get a response from him and when I did I couldn’t sleep! I was so curious to meet him in person and when I did, it felt like he was a relative of mine. I feel like he is my grandfather, without that taking away my admiration or the ‘fan’ element in me. These two feelings are parallel, coexist and only nurture with time. 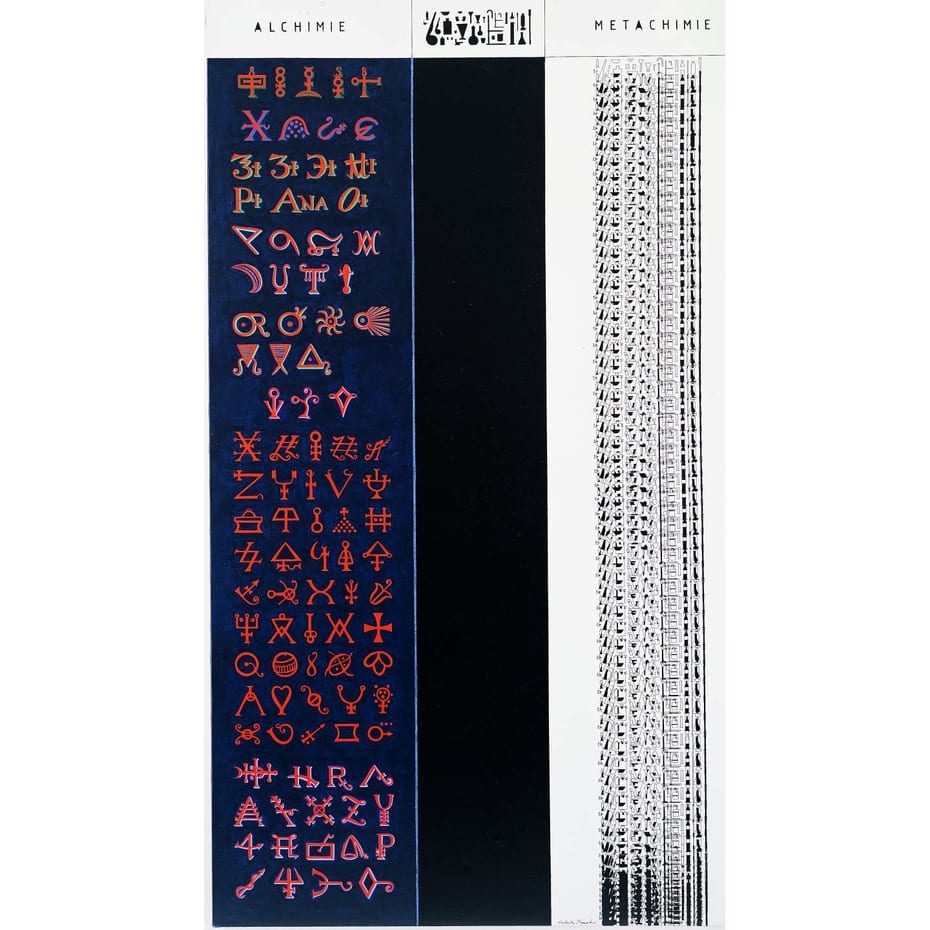 You spoke of the importance of written script in the Greek painter’s work, in particular ‘’symbols and codes of everyday life, traffic signs, alchemy, the zodiac, mathematical and chemical symbols, Egyptian hieroglyphics as well as letters from the Greek, Phoenician, Hebrew and Arabic alphabets’’. It feels like you’re making a contribution to the list with this album. After all, isn’t music another crucial human language and grammar in its own right?

Funnily enough, Xenakis always saw his art as music. I arrived at the same conclusion, because his work is repetitive and rhythmic. What’s even more interesting is that his art reminds me specifically of electronic music. I always imagined it as the score to the most intellectual and precious electronic music. Definitely something funky and very playful at the same time. I sometimes like to listen the first Sakamoto album ‘Thousand Knives‘ while looking at Xenakis’ paintings.

Creatively speaking and aside from this particular album, do you usually compose with images or visual scenarios in mind?

I do yes, and even more for the Zodiac project! In this case, I spent a lot of time in his studio so I had the chance to be in the middle of it all. But I even carried books and prints in my studio in Berlin where I recorded this album. During breaks I would watch related interviews on youtube and dress in a particular way too.

Synths are at the very heart of this release. What keyboards and machines did you mainly use for this record?

Your output as ZFAC is miles away from your work as Argy. How do you envision and delineate each moniker’s ground?

I am married to ‘Argy’. Zodiac Free Arts Club is my mistress and ‘Argy’ has agreed to be part of this triangle.

Argy and ZFAC don’t address the same audience… Did you ever get to discuss this with fans of your music as Argy who didn’t get what ZFAC is about?

Surprisingly, people who are into techno and house love the Zodiac because they are not biased about things outside their world. I think it would be harder to convince people from the Kraut scene, but then again Zodiac doesn’t belong to any scene. And thankfully, there is no Kraut scene which makes it even more magical, as something that used to exist and is now lost forever.

I am touring a lot as Argy and I am hoping to catch another Zodiac wave and record a sequel later this summer.

Structures + Codes is released via HVNX on 25th May, pre-order a copy from Clone.