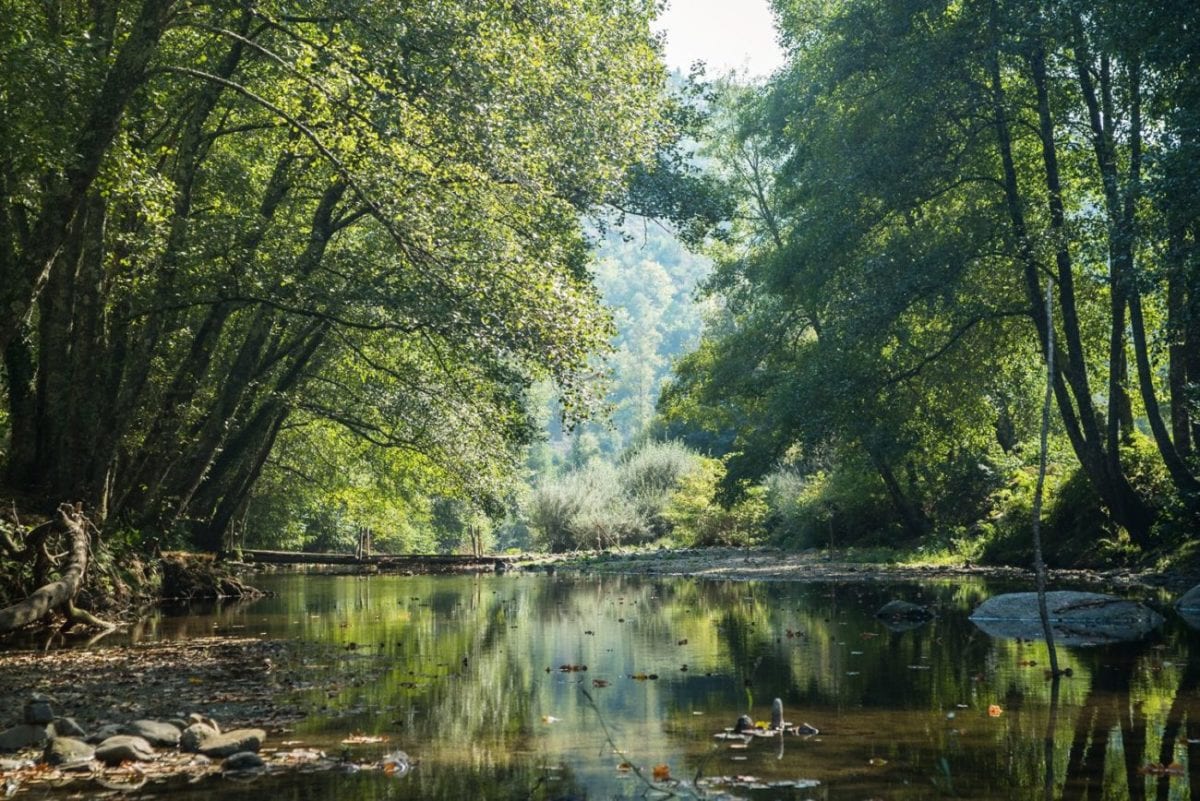 Of all the exciting new destinations to check for music lovers this summer, Orbits is one that should have all your attention. Taking place in the middle of the magical natural surroundings of the São Gião camping park in Oliveira do Hospital, Portugal, the first edition of this brand new four day electronic music festival will be held between the 21 – 24 June 2018.

For the occasion the team behind Orbits have curated a beyond impressive lineup of artists from the techno, experimental and ambient fields of electronic music; including the likes of Aurora Halal, Burnt Friedman, Peter Van Hoesen, DJ Deep, Jane Fitz, Blind Observatory, re:ni, Efdemin B2B Marco Shuttle, Shackleton and many more. Quite a mouthwatering menu, isn’t it?

Fundamentally focussed on working with local traders and artisans, the Orbits team aims to become an unmissable outernational rendez-vous whilst giving back to the local community; willing to foster a much stronger relationship for the years ahead. In order to find out more about the operations and logistics of the festival, as well as the ecologic and economic impact of the event on the region, we caught up with the crew to discover exactly what will go down at Orbits 2018. 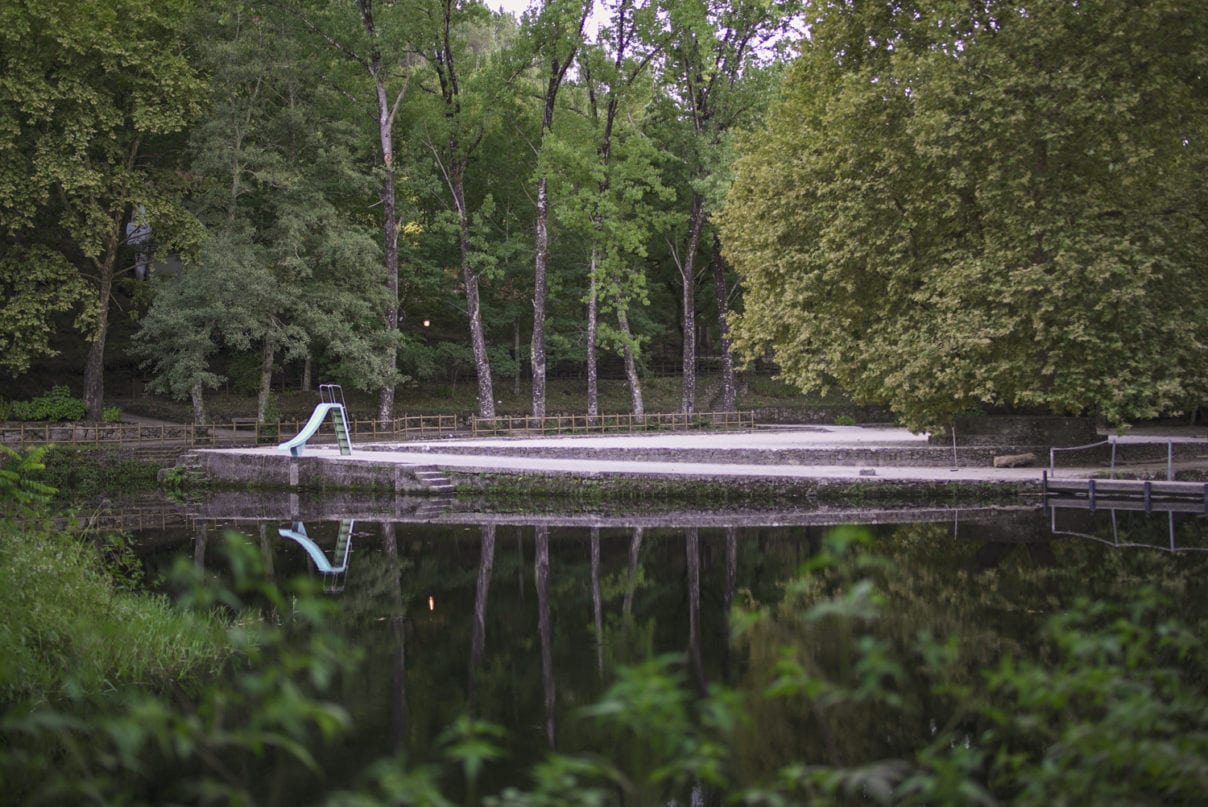 Firstly congratulations on setting up Orbits – Please can you introduce yourselves, tell us where you’re currently based, how you initially met each other and what provoked you to team up to establish your own festival?

We are a small group of believers, based in the beautiful city of Porto, north of Portugal, even if some members of the organisation crew are currently living in other European cities like Berlin. Orbits is the natural result of a common path between us within the electronic scene.

We started in the mid 90’s as ravers, entering the millennium developing ideas and projects that led to the creation of Gare Club*, an iconic techno underground club in Porto, currently celebrating its 10th anniversary. In 2017 the opportunity came up of gathering this team and set up a festival concept that could mirror or thoughts about music, art and community experience in a nature environment.

What previous experiences have you done in order to acquire the skills needed to setup Orbits?

We’ve been involved in other events and festival production over the past two decades and during that time we have worked with an amazing pool of creative people developing a wide network of contacts that we’re using now to build up Orbits.

Some of our core team developed careers as deejays , label managers, film makers and event promoters. It’s a good mix!

One of the goals we set out to achieve with Orbits is to fully integrate with the local community, involving local artists and buying as much local produce as possible. We’re also working with the local public to be part of the festival.

Along with the support of the Municipality we already have a good number of locals; including artists, goods and services. This is very important to help grow the local economy after the devastating fires of October 2017, which hit this area hard.

We prefer not to talk about hierarchy, roles and assignments. All of the team members are working as one, setting no boundaries or limits. Every opinion is essential and discussed within our group. The biggest challenge so far is introducing the first edition of our festival to the public. Long nights and lot of “blood, sweat & tears” are obviously involved. 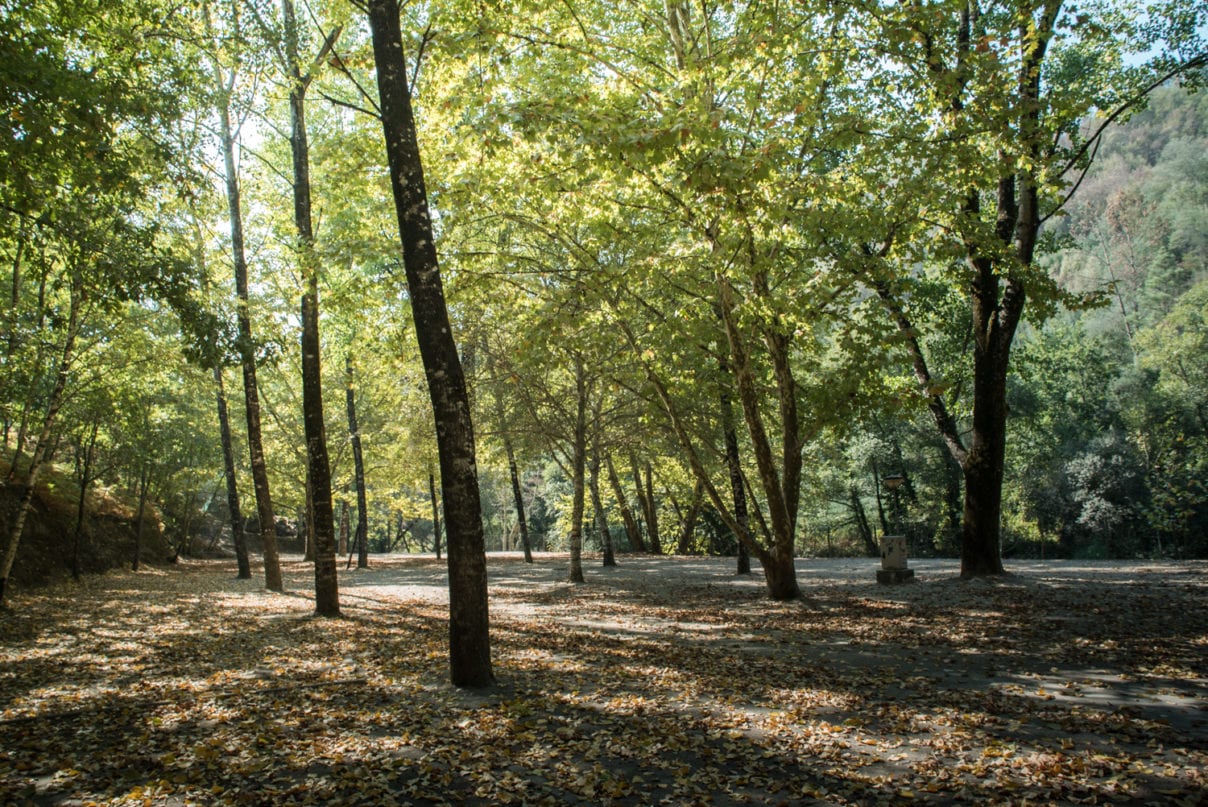 What is your connection with the Porto-based club Orbits Gare?

One of Orbits organisers is also one of the owners and artistic manager of Gare Club. Besides, Orbits started as a musical concept for the club on Saturdays. The festival is a logical “next step” for those deep techno underground parties that have been going on for the last two years in the club. Also, one of the resident club DJ’s is a co-founder of Orbits!

Location is key – How did you go about choosing São Gião camping park “Oliveira Do Hospital” as the venue for the festival? Did you create a shortlist of possible locations or did you know instantly that São Gião was the place to be?

We were looking for a spot immersed in nature, with flowing water, that could provide basic logistic facilities. São Gião camping has all that. It is a very beautiful place, with a retention of water that allows a small bay with a river beach, besides having those basic facilities already installed. Over the past few years a number of psy-trance events have taken place there, but nothing techno and ambient related.

It’s an inspiring area. We are at the foothill of Serra De Estrela, the highest mountains of Portugal, a place loaded with mysterious energy and huge stone faces and graves – signs of the first ancient tribes that populated the country.

How easy is it for people to get to Orbits? Do you have busses, car share scheme etc?

Very Easy! We have daily shuttles that connect Porto and Lisbon Airports to the Orbits venue. All departures are scheduled for Thursday 21st and Friday 22nd along with several appointments and the return on Sunday evening and Monday morning/afternoon.

The National Bus Network offers daily connections from Porto, Lisbon and Coimbra to the village nearby Orbits, Oliveira do Hospital, where we have scheduled a local shuttle transporting people to the festival location. People can always reach us at travel@orbits.pt, and we can help with the transportation process or even recommend accommodation nearby.

Over your combined years of raving and attending festivals – Can you identify a poignant experience that made you realise that….hell…we need to do our own festival!?

Hmm, not like that. When you are involved in event production and are visiting other festivals you always tend to have a critical eye, but in the end, you end up keeping mainly the positive ideas, finding yourself thinking: “Uau…well though! Clever solution….”

Of course you also signalize the visible mistakes so it becomes an empirical process of enrichment! After many years of festivals… and after producing your first small events, wanting to go further becomes natural and you start thinking on your ideal festival, sure… what would you do different if you were organising. All of that experience as a user becomes the key to understanding how to try and do it better! 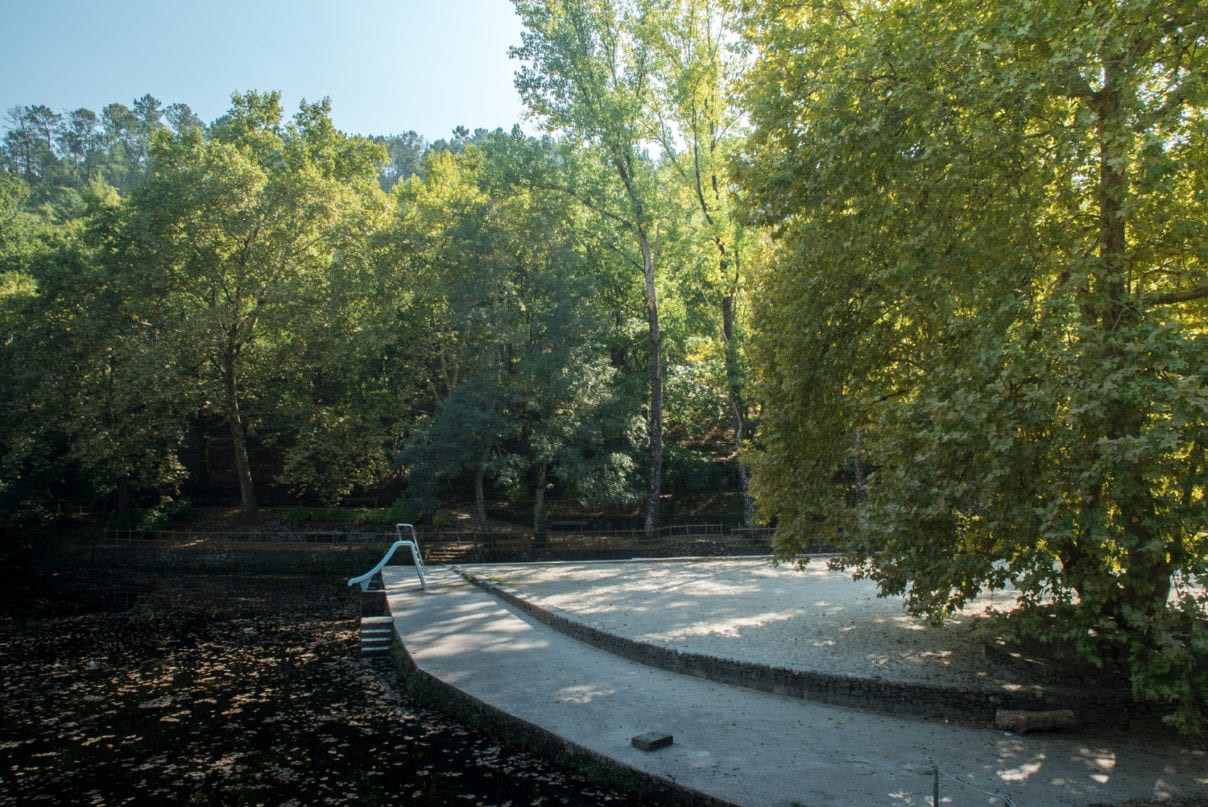 Please describe how Orbits will be setup this year and what people can look forward to? Where the stages will be, the river, on site food, day time activities (yoga) etc.

We initially planned to have two stages divided by the service area and then realised how important, for an event of such entity and size, is to keep a steady and compact flow of energy between the crowd and the sound system. Looking for a close community experience, the activities will be focused around the river beach area, where the stage will be implemented.

On this side of the camping, the river is contained by a dam forming an artificial pool of water with a small island accessible by a stone bridge. A magical scenario, perfect for a healing session during the day, while a rich musical program is aligned with acts spanning from experimental, ambient and dub music. At night, the lake will serve as mirror for visual installations set on the island, and deep, psychedelic techno artists are meant to bring the audience very far.

Restaurants, Orbits Bar, a Local Tavern, Compost toilets, Art Gallery, Info point and Comfort spots will be in short walking distance, but placed in strategic corners to be easily reachable, without clashing with the dancefloor atmosphere. The restaurant menu includes diverse offerings and vegan options. We will also have pizza! A special mention for the Local Tavern, where local products from sustainable agriculture will be cooked by a local chef, providing a gastronomical overview of the region.

Walking towards the opposite edge of the venue, you’ll find the Camping & Glamping area in the shade of trees along the riverside. A parking area for caravans and cars is also present, but we want incentivise the use of public transport, providing the Orbits Bus that will take people to nearby village of Oliveira do Hospital. The map the festival area is almost ready to be published, for an integrated, easy and logical experience for our visitors.

Considering this is your debut edition – the lineup is beyond impressive! (Marco Shuttle & Efdemin (B2B), Shackleton, Jane Fitz, Wata Igarashi, Aurora Halal, Burnt Friedmann and many, many more) How did you go about selecting and determining who to book? What were the defining parameters?

Orbits main criteria for the booking was ‘coherence of sound aesthetic within a broader range of styles’, like planets orbiting around the same star. Each artist has been placed on a timetable as a component of a sonic mosaic, and we did this in order to create a real journey throughout 4 days.

Our lineup is designed for the ears of musically educated individuals and for people who want more than just a list of ‘big’ names. But it’s not only about music! We are gathering a solid group of talented artists for video art, visual installation, decorations, scenography and other creative performances.

What plans are you putting into place to make Orbits a sustainable gathering?

Sustainability is a key element of Orbits: compost toilets, with subsequent use for local agriculture are an essential measure, as well as selective waste collection, plastic disposable tools banned from the restaurants, use of biodegradable organic soaps for the showers, or promoting the use of public transport for the village. We will use wood and remains from the forest fires along the festival production, also as a symbol of rebirth from the devastation that hit the area last October. 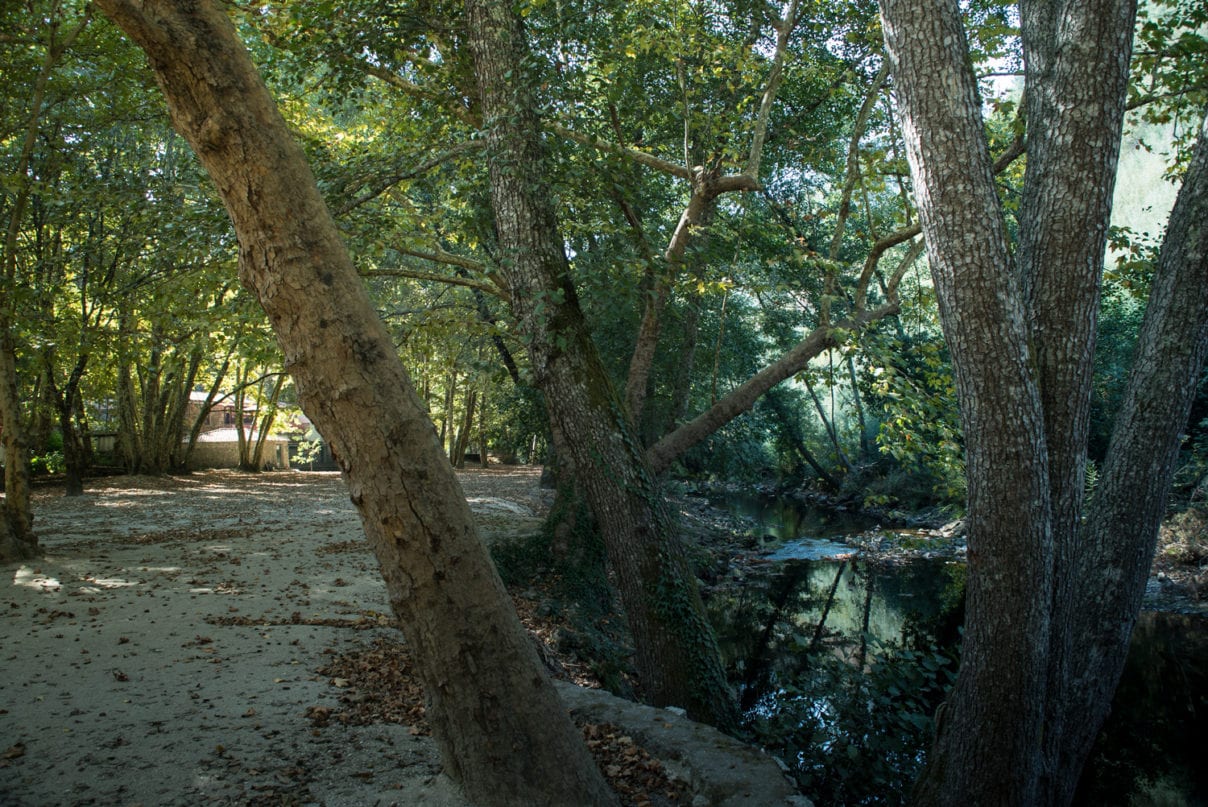 Following the forest fire in 2017 – This year you are organising two community projects to reconstruct the region of Oliveira do Hospital which was devastated by the largest forest fire. How do you plan to roll out this initiative?

Visiting the affected area right after the fire left us speechless… Facing such a tragedy must be very hard. Nevertheless the local communities were imbued in a solidarity chain, which goes through all over Portugal, as the whole country wants to recover, and heal the area. So for us, making Orbits in the heart of that region, it was a logical move to give a contribute.

Finally is there anything else that people need to know before heading to Orbits 2018?

It’s our debut edition this summer. We invite you to party and enjoy an extraordinary environment, where you are more than welcome to blend in with the crowd, dance your ass off and merge with nature. The only thing we require from your side is human and environmental awareness.

We learned from last year tragic fire, that we really own nothing if not ourselves, and can’t take anything else for granted. Lets create a community vibe all together! See you at Orbits!

Orbits can be reached in 2 hours by car from Porto, and in 3 hours from Lisbon. Tickets start at €75 per person, with a range of packages available.