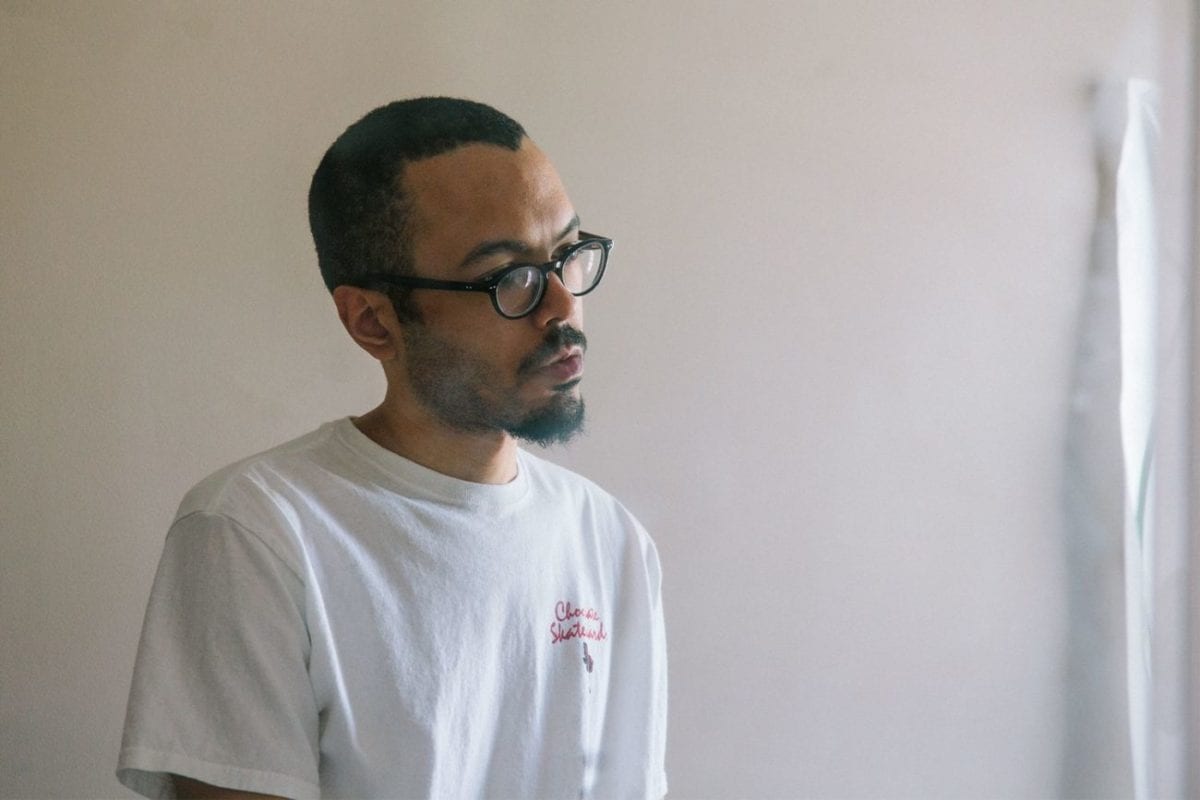 Over the last couple of years, Galcher Lustwerk has made a name for himself with an almost endless supply of gorgeously sexy deep house on both White Material and his own label Lustwerk Music. It would be a mistake not to mention his car-themed Road Hog project, which saw Galcher drop no less than 5 albums of quality material in less than 4 years’ time. The recurring aural theme that’s tied each of his projects together has been the unique and attractive thread of hip-hop that runs through each release, with vocals recorded in his signature brand of smoked-out, half-whispered sprechgesang.

On 200%, it might sound sexy, but in Galcher’s world, everything is sexy; every single bed has 700 thread-count silk sheets and at night the dark-tinted cars zoom down the interstate at breakneck speed, subs bumping the deepest bass as street lights wiz past, shooting stars in the darkest of urban corners. On his new album, Galcher brings the sheen and polish to some of the grooviest work of his career, with segments echoing some of the most absurdly expensive-sounding moments of Trentemøller’s ‘The Last Resort’ and deep dives of Larry Heard’s most minimal work. Simply put, the new album is 100% luxurious–and 200% Galcher.

We caught up with Galcher to ask him about the making of the new record, White Material, and what he’s been up to out of the studio, with a tantalising hint at what we can expect during his highly anticipated set for Inverted Audio’s intimate Farr Festival stage, Campfire Headphase. Big thanks for taking the time to speak to us about your new album. Where in the world are you right now?

Thank you. I am in Queens, New York, at my apartment.

Let’s dive right in – please tell me about the makings of 200% – when and where were the tracks written and why is it a digital only release?

The album was written while waiting for my first album, Dark Bliss to be pressed to vinyl. I made the tracks at home, on nights and weekends while having a day job. I released digitally because it takes too long to press to vinyl now. I needed to make money and get the music I’ve made out as soon as possible.

The vinyl industry is run so inefficiently that I am more than happy to move to the digital realm, where expectations are better met and there is ultimately more money to be made and more fans to satisfy. I think later, though, if 200% does well, I will make some new edits to the tracks and do a special vinyl release. Time is less of the essence now.

What’s the story behind the icon on the cover? Who designed it and what does it represent?

When I made 100% Galcher 5 years ago I reached out to an artist on Tumblr. His name is Falsekurt. I liked his work a lot so I commissioned him to do some little illustrations. So the new cover is another one of those illustrations from 5 years ago. I’m not sure what it represents, to be honest. I just asked him to make some abstract graphics that fit the music. His art is vaguely anime which resonated with me, because I love anime but didn’t want to do a straight up anime cover.

Tell us abut your studio setup for making this album?

Most of the songs started off on the laptop, in bed, on the couch, at the kitchen table. Then, if needed, I added outboard gear. I also used a Yamaha WX5 for all the saxophone parts. When it came time to record vocals, I experimented with various mics and outboard gear like preamps and compressors to achieve the vocal tone I wanted.

What new skills/tricks have you acquired by writing the album?

I’m getting faster. I can start and finish a track in a half hour. I’m spending less time tweaking unnecessary things, especially before the song is complete. For example, if the arrangement is not finished, it’s kind of a waste of time to EQ the snare drum, because you may arrange the track and not even like it anymore. It’s important to like the entire song before you go into tweaking mode, if that makes sense. Personally my top tracks are: Wristbands, Niggas, Warm Cake. Do you have a favourite track?

I like most of them at the moment. I wanted a well-rounded selection for this album, long tracks, short tracks, instrumental versions. I think there is something for everybody on 200% Galcher.

Obviously, there’s a thread of hip-hop influence throughout your work; what are some of your favourite mixtapes/albums/artists in the genre?

Okay, My top 5 rappers are: Cam’ron, Lil B, DOOM, Mac Dre and Ghostface.

At the tail end of 2017 you released ‘Dark Bliss’ LP via White Material – it was super unexpected, why did you release it without any fanfare?

I finished Dark Bliss in the fall of 2016. So it had been delayed almost a year with no sign of coming out anytime soon. I was growing anxious and impatient, it felt like a curse. I wanted to lift the curse by releasing the album on Bandcamp and get it off my chest. I also saw an opportunity for the entire WM back catalog to be put up on Bandcamp, so I asked Young Male and DJ Richard and they were down.

I honestly thought there would be some fanfare, especially with the whole label catalog being made available, but I didn’t realize how much social media had consumed people’s attention. I think because White Material doesn’t utilize social media very much, the album flew under the radar for many people. The vinyl came out after an 18 month delay and is almost sold out, though. So ultimately I’m happy it’s finally out and that people like it.

What’s the status of White Material? It seems that the release schedule has slowed down – we’re really keen to hear more from the crew, especially Alvin Aronson and Morgan Louis – can you shed any light into what’s happening behind the scenes at White Material?

Things have changed since White Material first started. Just 4-5 years ago it was easier to press records, get press, sustain a modest career off vinyl and a Soundcloud profile. That is no longer the case. Now, you have to spend a lot of time simply getting people’s attention, getting people to recognise your name and face, let alone listen to your music.

It’s a new thing that underground music is dealing with now. I think everyone in the crew has a different plan on how to deal with it themselves, because we’re all individuals with different goals in mind. But we’re all still close friends and chilling. We plan on doing some showcases later this year. 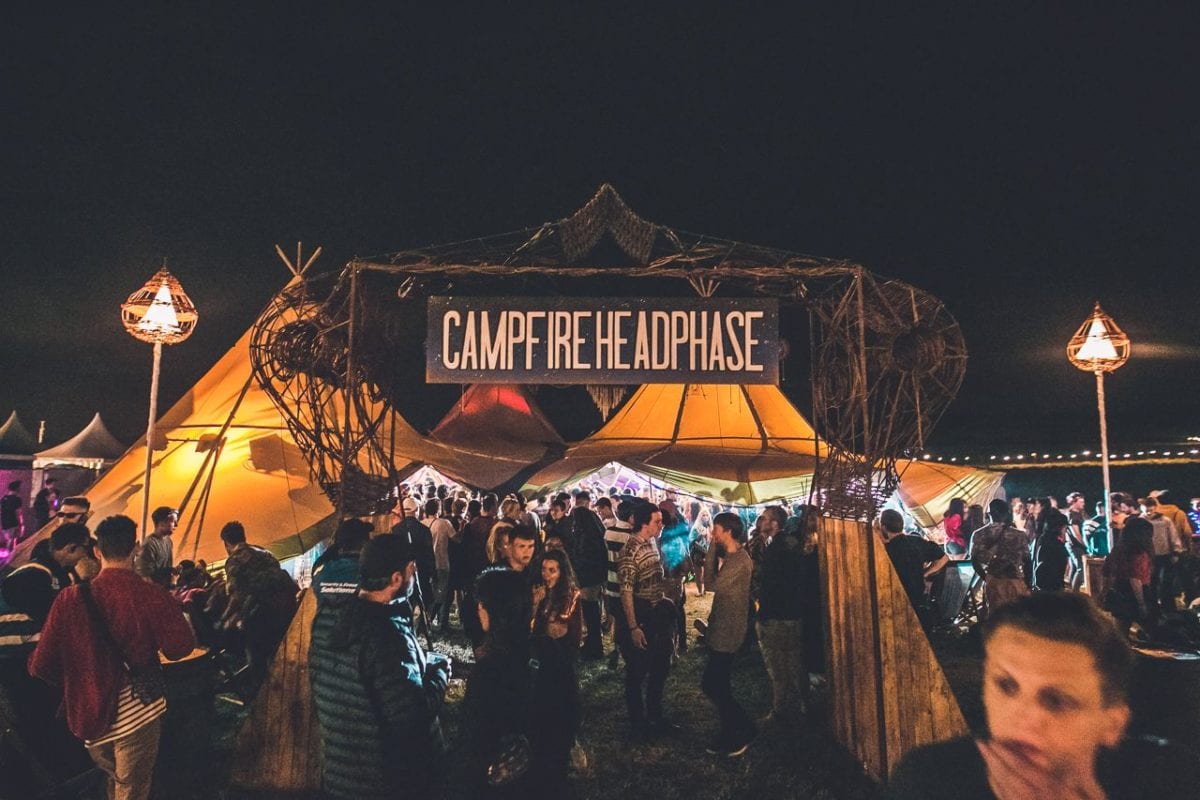 Speaking of Alvin Aronson – are you and Alvin working on more Studio OST material?

I would like to get in the studio with Alvin again soon. He lives in LA now so it’s just a matter of scheduling.

I just looked at my iTunes. I’ve only bought 2 albums this year, Playboi Carti (Die Lit) and the new Sea and Cake Album (Any Day). They’re both pretty good. I’ve not listened to anything else significant, really.

What non-musical pursuits and hobbies have you taken up lately when you’re not DJing or making music?

We just got an Xbox One, which is good for work breaks. But I really don’t do much else besides work and music. I wake up, make music, go to work, come home, chill, make some music and go to sleep. On the weekends I wake up, make music, chill, then go to bed early so I can wake up early and make more music. If I got a choice between making music and going out for drinks, I’ll stay in, make 5 tracks and save myself 50 bucks.

I’m really excited to welcome you to the Inverted Audio stage “Campfire Headphase” this summer at Farr Festival alongside DJ Richard – you’ll play before him, as the sun descends upon the festival it will be a truly magical event – how are you feeling about playing at the stage?

Dope! Yeah, I’m psyched. It’s always a pleasure to open for DJ Richard. I’m grateful to be playing a festival gig that’s more intimate as well. I get to be more creative with selections, not just go for the bangers. I dig the psychedelic theme, it’s a nice way to prime the audience for a musical journey.

Have you got any special weapons (records) that you’re hoping to play during your set at Farr Festival?

I like to be prepared for anything, so I will bring everything, pretty much. I always got curveballs and wildcards, it will all depend on the mood and lighting and crowd.