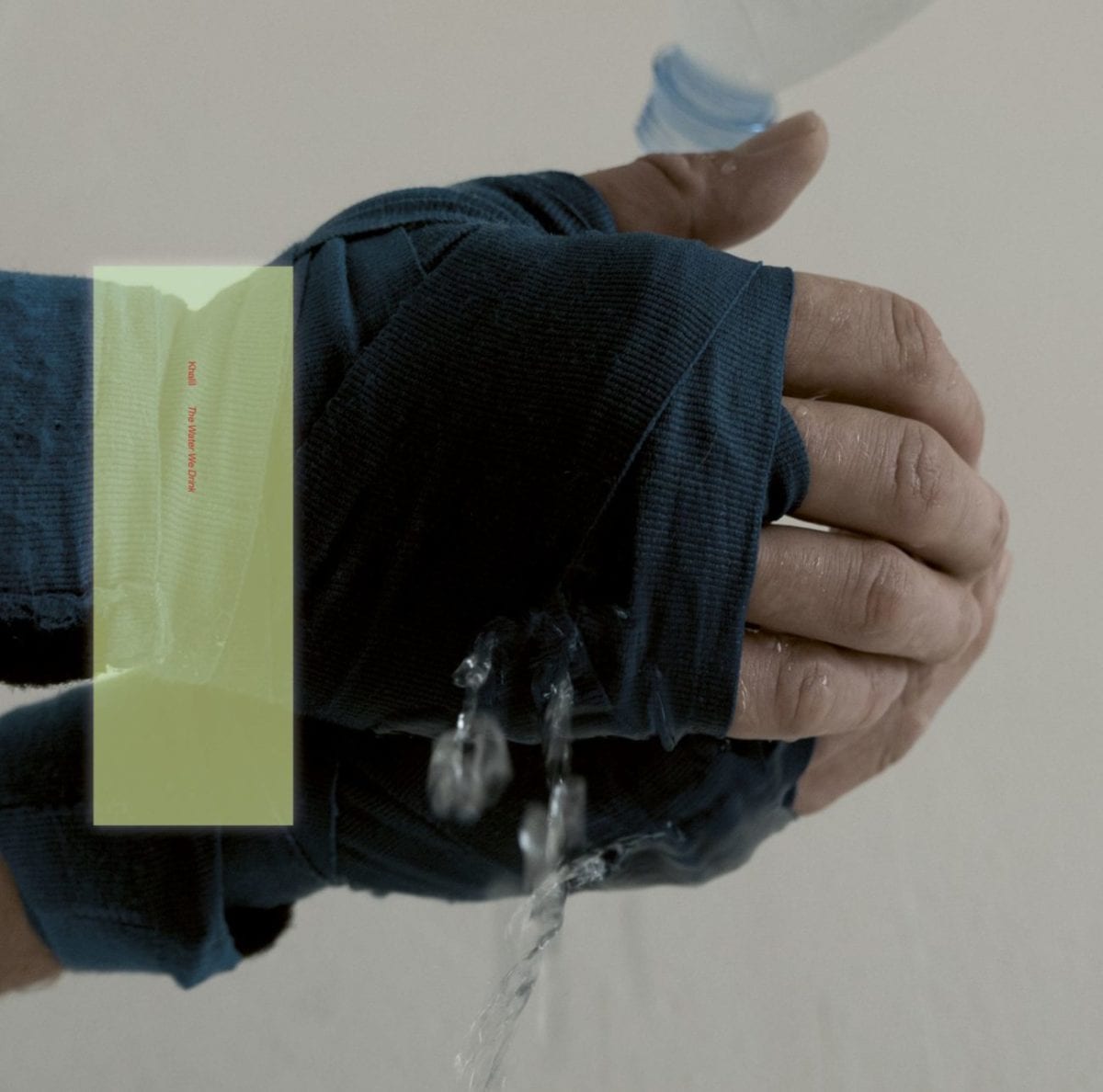 Better known as the lead singer of Danish electro-pop band When Saints Go Machine and half of acoustic duo Cancer, Nikolaj Vonsild is a man of multiple talents and widescreen vision, interested in multiplicity rather than the confined spaces of a single scope.

His latest project in date and certainly the most peculiar, Khalil (named after the Arabic word meaning ‘Friend’) marries the heavily-synthesized with the organic, the artifice with the candor, and his debut album for Posh Isolation, ‘The Water We Drink’, reaches further heights of fluid perfection as it builds a truly unique sonic perspective, sure to leave a durable mark on its listener.

We caught up with Nikolaj to discuss the raison d’être of his debut long-player out today, his broad range of influences and how the liquid element plays an essential role in his sensory approach to music. Stream the polymorphic ‘Sculpture No Solid‘ down below.

Nikolaj, you’re a man of multiple facets, more widely known for being part of When Saints Go Machine, but also the Cancer duo. You’re back with the debut drop of a brand new solo project named Khalil. How would you define this new project of yours?

Khalil began as a solo project so it’s my name, but was always meant as a platform for collaborative and individual work and not a single shape setup. Right now the individuals that is Khalil are Yen Towers, Minais B and myself Niki. It’s fluid and meant to set you free, so you could say I am the core of Khalil, but even this original form has shifted. Strength in numbers is how we gain power.

How do you distinguish it from the rest of your endeavours? What makes it so special to you?

It’s the first time I have decided to do something on my own and everything around Khalil is built on friendship and an understanding of how you carry yourself.

Aside from the title of your debut album – ‘The Water We Drink’ – the watery nature of things seems to be a central motif, with track titles also involving multiple nods to the liquid element (Rest My Head Agains A Wall Of Water, Submit So Deep, Sculpture No Solid…). Why the water?

Water creates the strongest images in me. I grew up surrounded by it. It runs free, only distorted by us. It becomes an obscure object when we fill it in bottles, put a sticker on and sell the source of life… etc.

I couldn’t help but think of Kanye West’s ‘My Beautiful Dark Twisted Fantasy’, not only for the use of the autotune but the overall aesthetic, very sleek and sensuous at the same time. Do you consider your work as part of the ‘pop’ continuum?

I consider myself part of a family of blood and friendships built on affection. How the music comes out is just there, but whether I am totally aware of it or not doesn’t matter, it is still a strong statement.

Just out of curiosity, why veil your voice under such thick synthetic layers? Artistically speaking, what kind of impact/effect does it have for you?

What kind of voice fits these times?

Rap and r’n’B have been using (and abusing) of the autotune a whole lot over the last decade, so much that it’s become kind of a trademark for the new generations, far from the previous era – anchored in a less – say “ethereal” aesthetic. Do you listen to a lot of contemporary rap and r’n’b?

I listen to everything. Mobb Deep and Group Home made we want to make music and start writing, Brandy and Craig David made me sing. As far as autotune goes, it gave us a lot of melody, but I wouldn’t say that describing this era as only ethereal is correct.

There’s a lot of truth and reality in the way processed real sound reflects how we communicate as human beings. You could compare it to uploading a selfie to Instagram. Beauty and ugliness is still there, even if you take a picture at just the right angle. 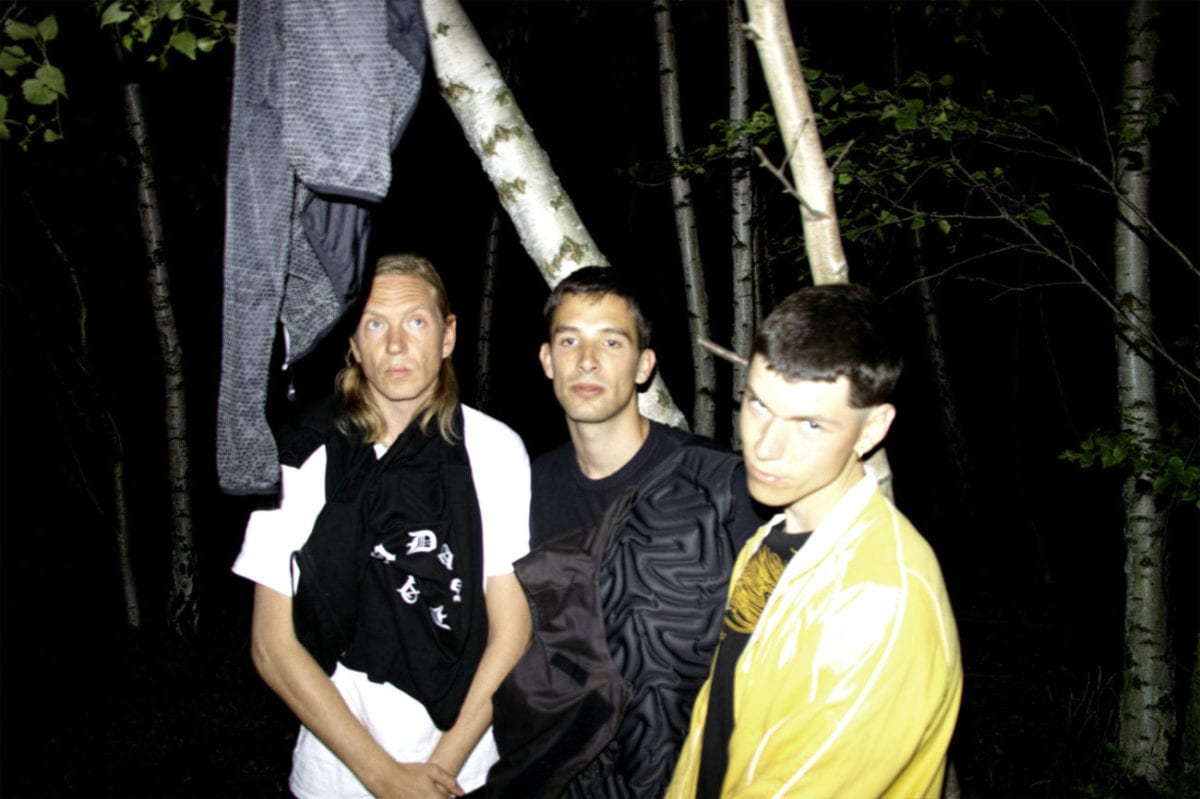 How was the studio process for this album? Did your approach change or evolved at all?

For the first six months of truly working to finish tracks for a release, Simon (Yen Towers) and Villads (Minais B) didn’t meet each other. All communication was through me, so we just finished it together in the studio all three. I think we all agree that this has been one of the fastest and easiest albums to make of all the stuff we have done as individuals.

I believe my approach changed. I trust and believe in myself more these days. I would rather be in the studio creating something, getting up, than at a club.

I guess that going solo with this project also means delving deeper into your own considerations and personal concepts, which can lead to more of a cathartic way to deal with the “creative act” than on your previous undertakings…

I definitely think so. It’s always a search for perfect contrast and belonging. That is the whole idea of Khalil for everyone involved.

How are you going to spend the rest of the summer?

In the studio and on boats as much a possible.

The Water We Drink is out now via Posh Isolation, order a copy from Juno.

1. Trapper
2. Rest My Head Against A Wall Of Water
3. Gigds
4. Submit So Deep
5. Estate Straight Line
6. Herat
7. Always Wanted To Ride In A Place Like This
8. Natures Envy
9. Sculpture No Solid
10. The White Hoodie I Wear Because I Love You

Discover more about Khalil and Posh Isolation on Inverted Audio.