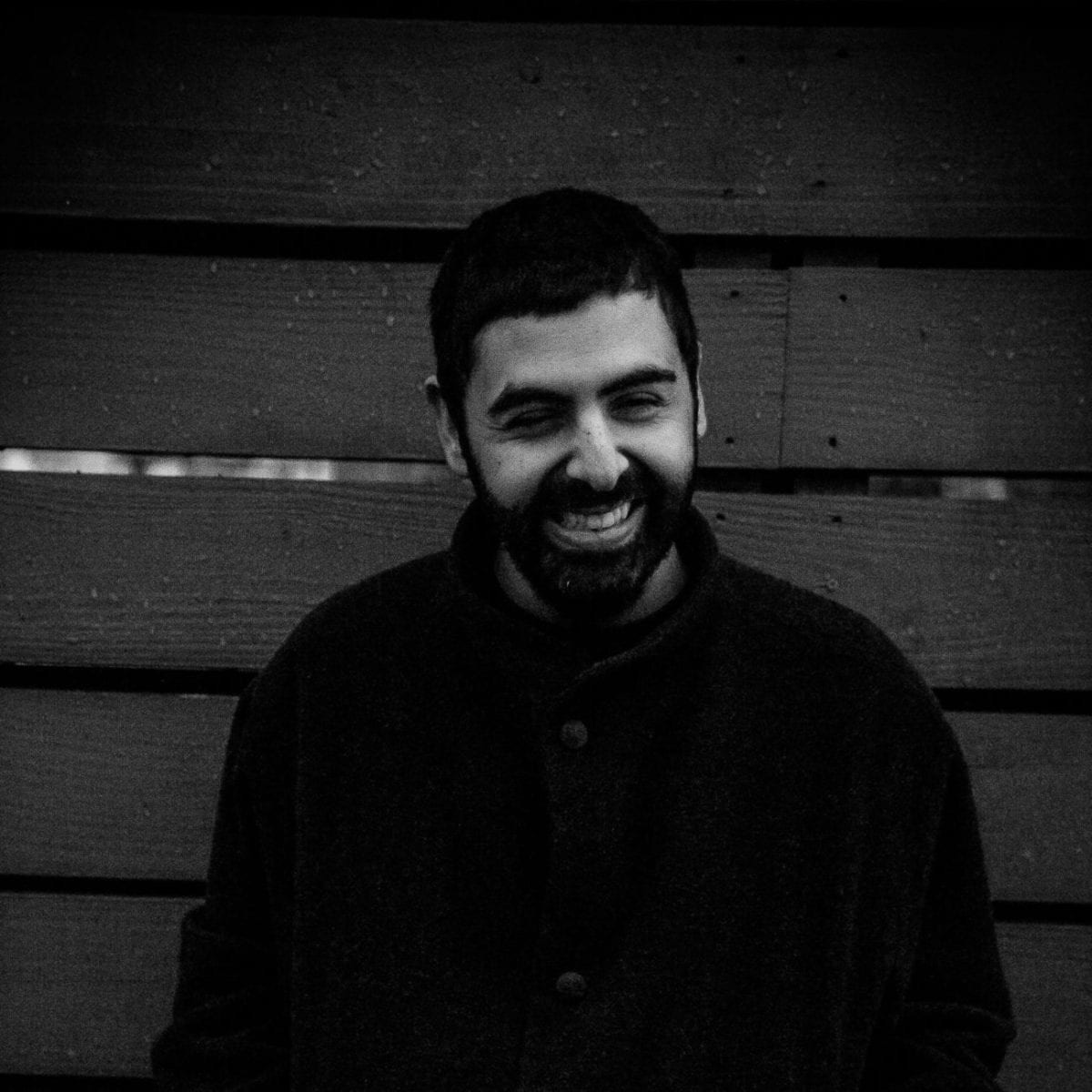 With almost a decade of experience and many successes to his name, Luc Kheradmand – best known as Voiski is one of those artists whose work would truly deserve the ‘intelligent dance music’ seal affixed to it. Rich of an elusive yet arresting charm, his music dips into classic Detroit techno, garish euro dance, old-school breakbeat mechanics and trancey uplifters with equal poise, hybridizing tried-and-tested rhythmic grammars yet breathing fresh air on the hackneyed notion of floor-functionality.

His shapely debut EP for Dekmantel, ‘I’ll Be Your Maple Pecan Tonight‘, gathers all of these brews in one effervescent blender; from what he calls his “happy pieces” to the more nervy facet of his music persona, Luc explores options and multiplies possibilities as he refuses to stick to a recipe or generic response to the cultural smoothing of the post-internet era.

Ahead of his debut live performance at Dekmantel we caught up with the French producer to discuss his love for Bruce McLean’s body of work, the making of his latest instalment, ambient favourites and guilty pleasures from his teen years. 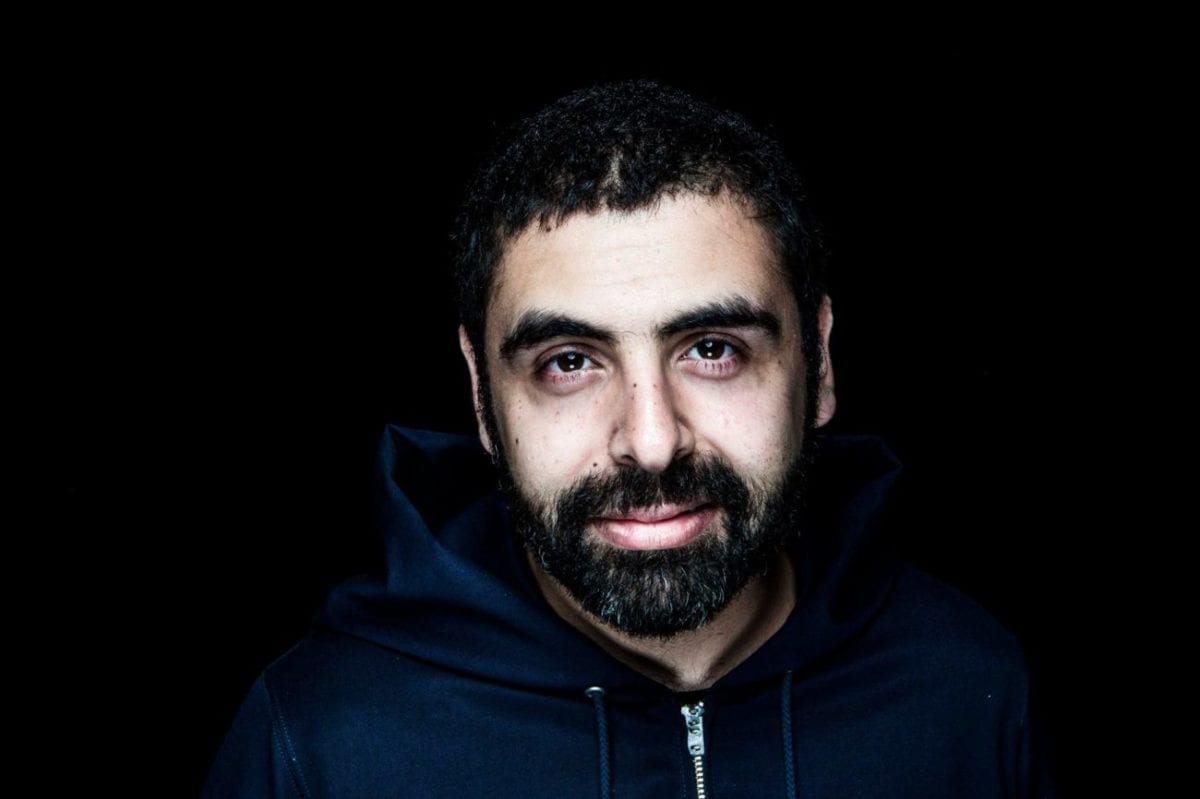 Your new EP ‘I’ll Be Your Maple Pecan Tonight’ just dropped via Dekmantel. Please tell us more about it. How and when was it recorded?

It’s a little compilation of tracks I did in 2015. They were selected by Dekmantel who picked 5 really different tunes. The first one is an ambient track I made at the Istanbul airport terminal. The second is an happy piece, The third one is weird. Fourth is an angry and loopy techno classic, totally DJ-friendly, and the last a psychedelic electro-trance oddity.

What gear did you use?

My good old Jomox for the drums and two rare and funny Semi-modular synthesizer one from future retro and the other from Knas. Both sound a bit ’90s and has this Chemical Brothers kind of touch. Ah and vst plug-ins for the one made in Istanbul. 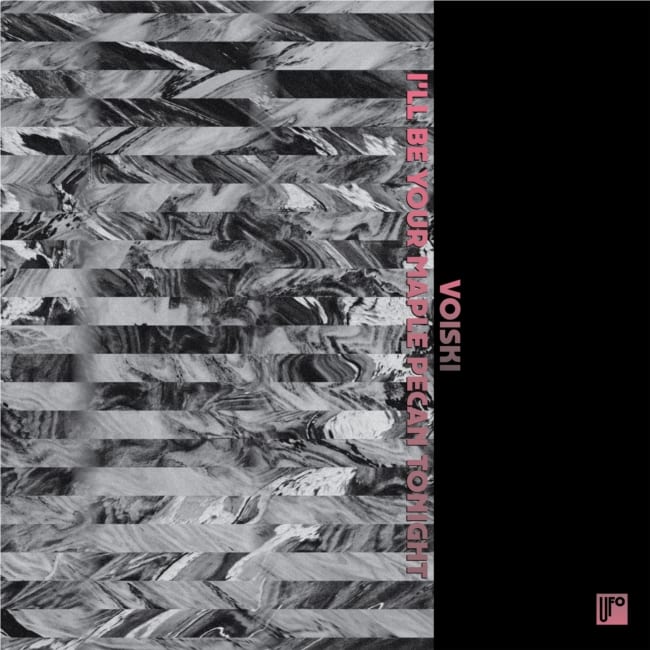 What’s with the funny title?

The title is from Bruce McLean, a Scottish artist well known for his humorous conceptual works such as his “retrospective” at the Tate Gallery in 1972 (he was 27…). It was a one-day show titled ‘King for a Day‘ consisting of a thousand of propositions for future hypothetic projects, 999 titles printed on a wall.

“I’ll be your maple pecan tonight” was number 249. I started my own title list file too after Bruce McLean, for hypothetic EPs or project. I really like him, especially in the way he gently mocked established art forms reproducing the same stereotypes with irony.

How did you come to music production? What’s been the trigger?

Two words, Playstation and Techno. No seriously, I was a techno kid in the late ’90s, playing racing video games and listening to Detroit electro, then I also mixed those two things playing games like music 2000. I actually still have some tunes on my PS memory sticks, I should check it out…

As I grew up I slowly lost interest in games but I started to install music softwares on that same computer I was playing with. That might be the reason why I still consider production as a game and I think I have more things in common with professional gamers than studio workaholics. 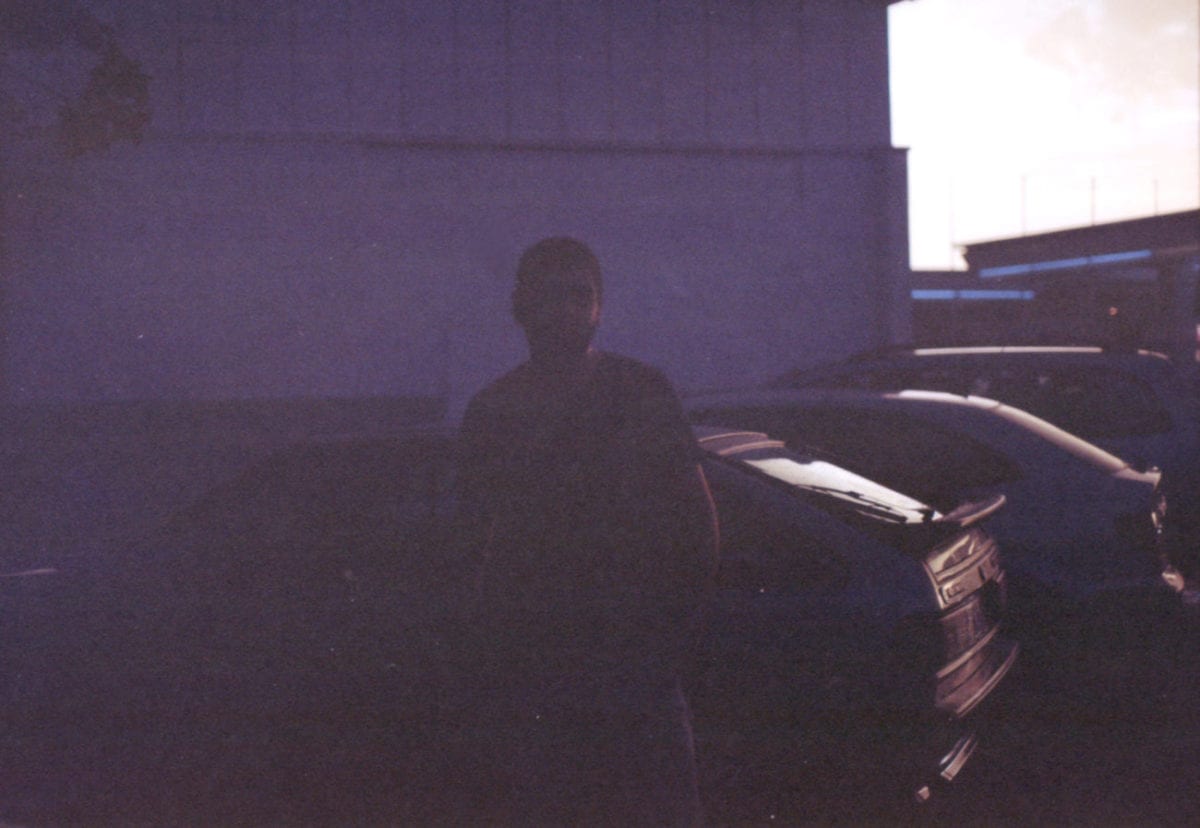 I feel your music sometimes has kind of a synesthesic nature to it, throwing your listener in a mish-mash of various physical sensations. Is it something you’re interested in? The confusion of senses?

Totally, it has images and colors and it’s totally unstable, evolving, changing suddenly, for no reasons, just like that finger snap. Title names help the imagination too, it can be very cinematographic sometimes. All the titles of that Dekmantel EP could nearly tell a story. But it’s not telling anyone exactly what to think, it is more like an open space to your own imagination.

What guilty pleasure do you keep from your teenage years? Who were your favourite artists back then?

I was really into Eurodance, Culture Beat – Mr Vain, Rhythm Is A Dancer, Push The Feeling On. Any Euro expert could actually feel that in my production. There are gimmicks that I use, the bassy toms for example (pump up the jam style), minor keys, arpeggiations, some elements are coming directly from that. 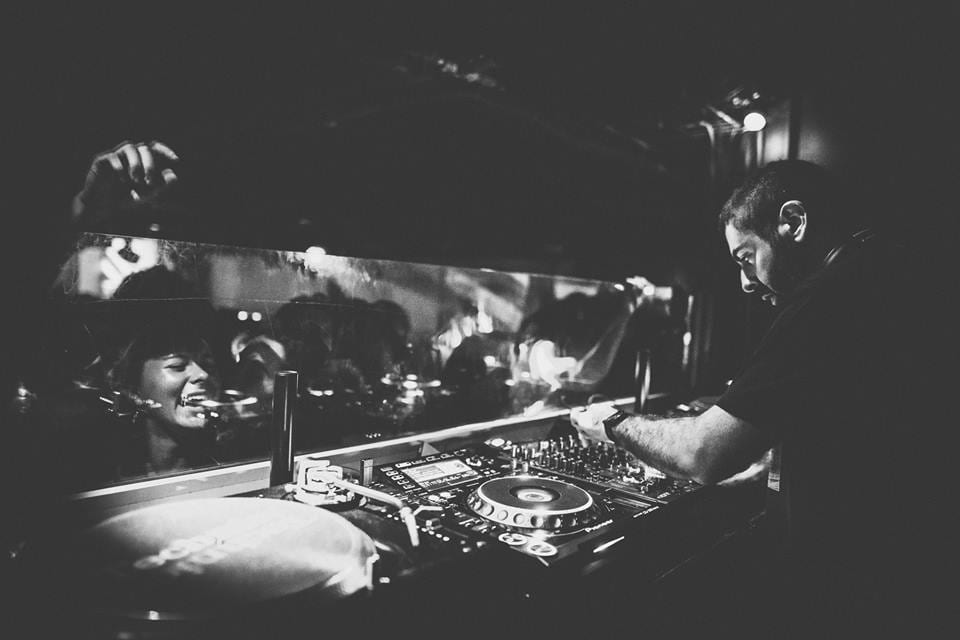 The aptly-titled ‘Culture To Trash’ is a key release in your discography. It seemed it really defined a new turn in your overall aesthetics. How do you judge your evolution since then?

It’s hard to tell how am I evolving in general, That L.I.E.S. EP as all my other eps was made up with tracks I did randomly for no purpose, no destination. They were picked from a larger collection of tracks I sent to the labels. Some are sleeping on my hard drive for 2 or 3 years and one day they come out as part of an EP.

I think, in my case, the only evolution a record could tell is just the evolution of what labels want to put out. Because in reality I still do a lot of tracks like ‘Ad Infinitum‘ or my first Kartei release on WT records. As the harder stuff I also always did. Ron and Delsin released more of my angry side tracks but I can’t be angry every day, you know. It just depends on my mood!

You recently said you’re listening to a lot of ambient and minimalistic music. If you had to pick just a couple essential releases, what would they be and why?

Emeralds – ‘Solar Bridge‘… this little album is so intense, crazy emotional, the 12 min track ‘Magic‘ in particular. I’m a big fan of John Elliott, anything he does including his sub projects like Outer Space or his label Spectrum Spools… I would buy all their releases if I could!

Then my second pick would go to Ligovskoi, my good friends from Paris. We released some of their tracks in 2011, on Silicate – my old sleeping label. They did a really beautiful Album on Dement3d last year and are planning to put out a second one soon. 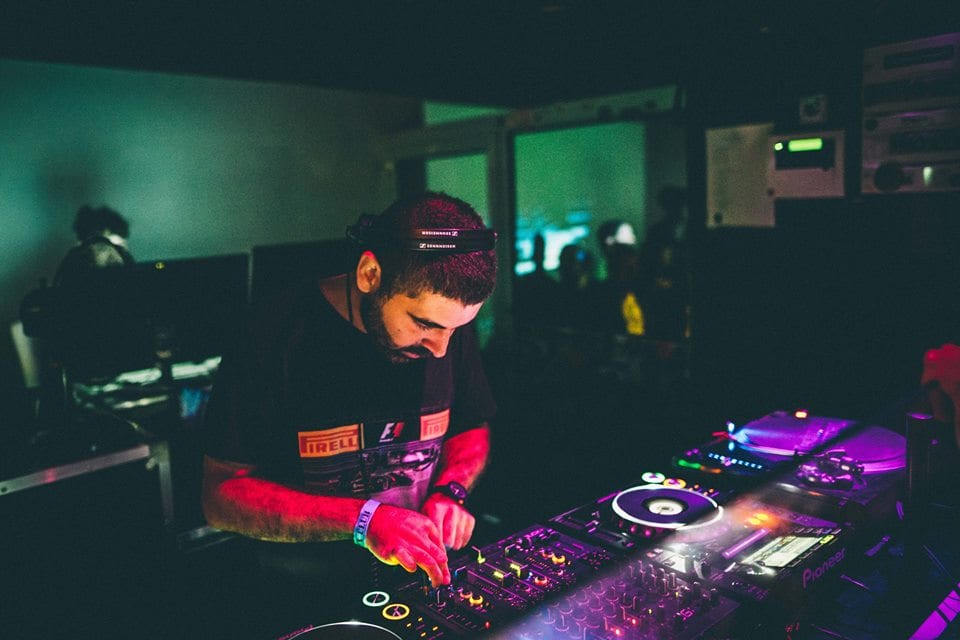 Since your beginnings, your releases tend to wrongfoot any expectations, challenging classic 4/4 tropes with a magic potion of electro, kraut, trance, noise… it’s really taking techno into unsuspected places. Don’t you feel the techno scene’s a little undaring at times?

I get some nice surprises but still, 80% of the promos I get from internet are a bit always the same. As if artists were trying to force themselves to sound like what’s “in” now. We should just start by wondering who we really are… it’s so easier!

You studied art and in a previous interview you mentioned a lot of pictorial references, such as Ed Ruscha or Bernd & Hilla Becher… How does the visual side reflect on your musical work?

The visual side doesn’t effect much, but the conceptual aspect of art does a little bit. It just changes my position artistically, politically, regarding the scene, or whatever. It also helps me to keep an open mind on everything and encourage me in my pseudo inconsistency.

What can we expect for your live set at Dekmantel?

Everything! I recently changed all my setup and I only play now really fresh unreleased tracks so you probably won’t recognise anything… I was a bit bored to play my “greatest hits” two or three times every weekend, honestly. It’s like Bruce McLean doing his retrospective, I’m too young for that!

I’ll Be Your Maple Pecan Tonight is out now, order a vinyl copy from Juno.

1. Go To A Mountain & Cry For A Vision
2. Happy Piece For Happy People Piece
3. Seriously No
4. Come Back! Nothing Is Forgiven!
5. Drama In The Futurists’ Cabaret

Discover more about Voiski and Dekmantel on Inverted Audio.