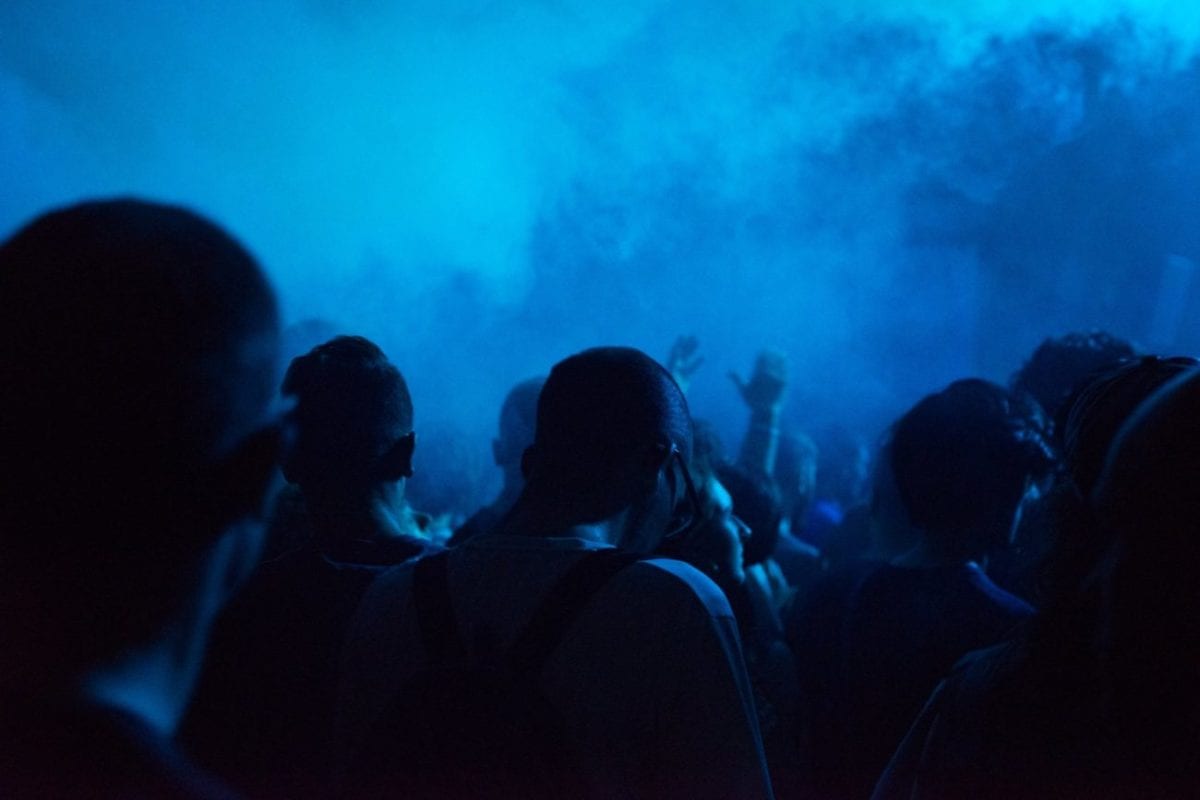 When Derrick May was asked to describe techno, he replied “George Clinton and Kraftwerk stuck in an elevator”. Well, here is a short story of what happened when we got stuck in that elevator during Tresor’s 25 Years Festival in Berlin.

Tresor 25 Years Festival programme is split across Tresor and Kraftwerk, the former power plant located above the club. The four-day festival was aimed to retrace the historical evolution of techno with an incredible line-up, featuring some of the labels originators, including Juan Atkins and Robert Hood, plus some of the most ground-breaking techno producers of late; Helena Hauff, Marcelus and Psyk. 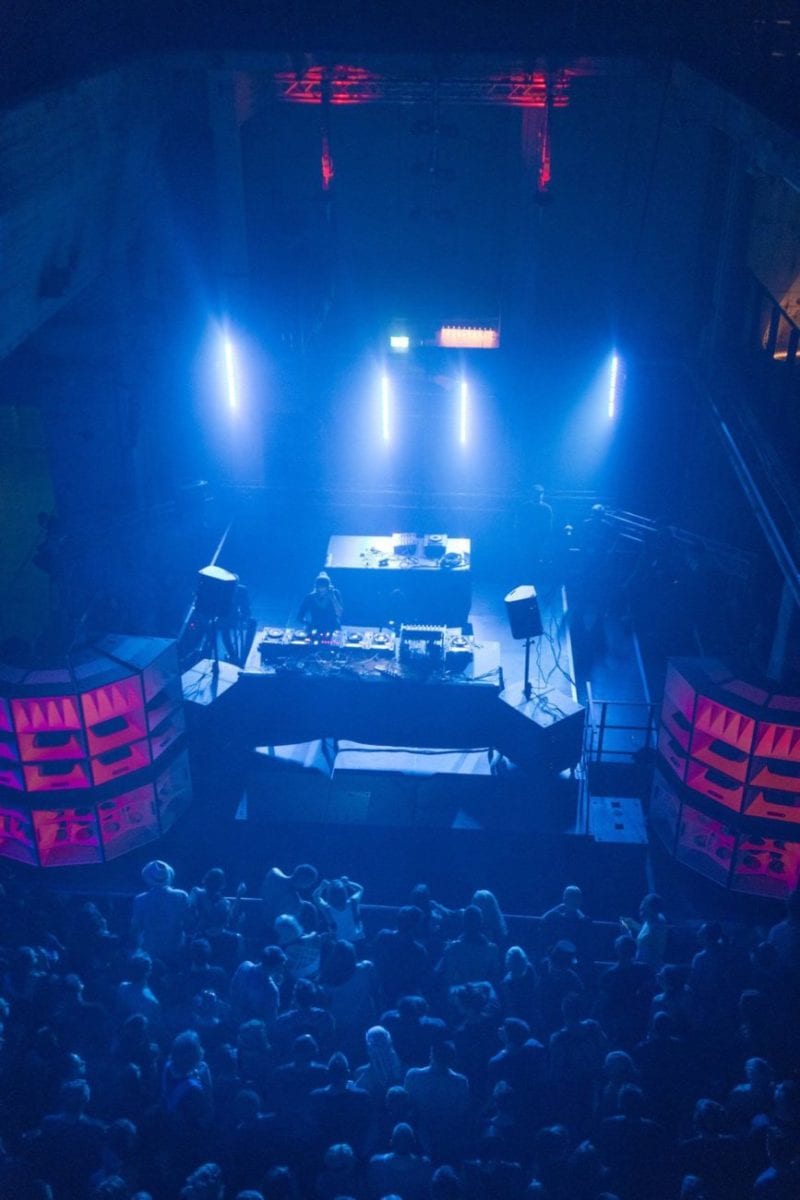 Upon entering the narrow door leading inside of Kraftwerk’s vast and gloomy space, an overwhelming sensation of the magnitude of the venue took over our senses. Our retinas slowly adjusted to the diffused lighting, illuminating parts of the building in nuances of red, orange and violet.

The stage is displayed in the corner like a shiny shell in a cavern, four white LED’s point towards us while we approach – it’s a message: Juan Atkins and Moritz Von Oswald have just started to tweak their machines for their Borderland show deploying a down-beat crescendo, lighting up Kraftwerk just for a few seconds to then open the curtains on a smoky landscape. We are now entering the belly of the beast and Poseidon is whipping up the sea with soothing techno pulse.

The scenario is very different in OHM, the red lit atmosphere tele-transports us into a darkroom where paradoxically no photography is allowed, even the ceramic walls are beading with sweat. Helena Hauff’s dark EBM and electro fuses with futuristic vocals. Near by Chain Reaction champion Vainqueur takes over Kraftwerk, impressively interlinking with Borderland’s closing, wide spectral sounds fill the space, rolling up the audience with a sonic boom. 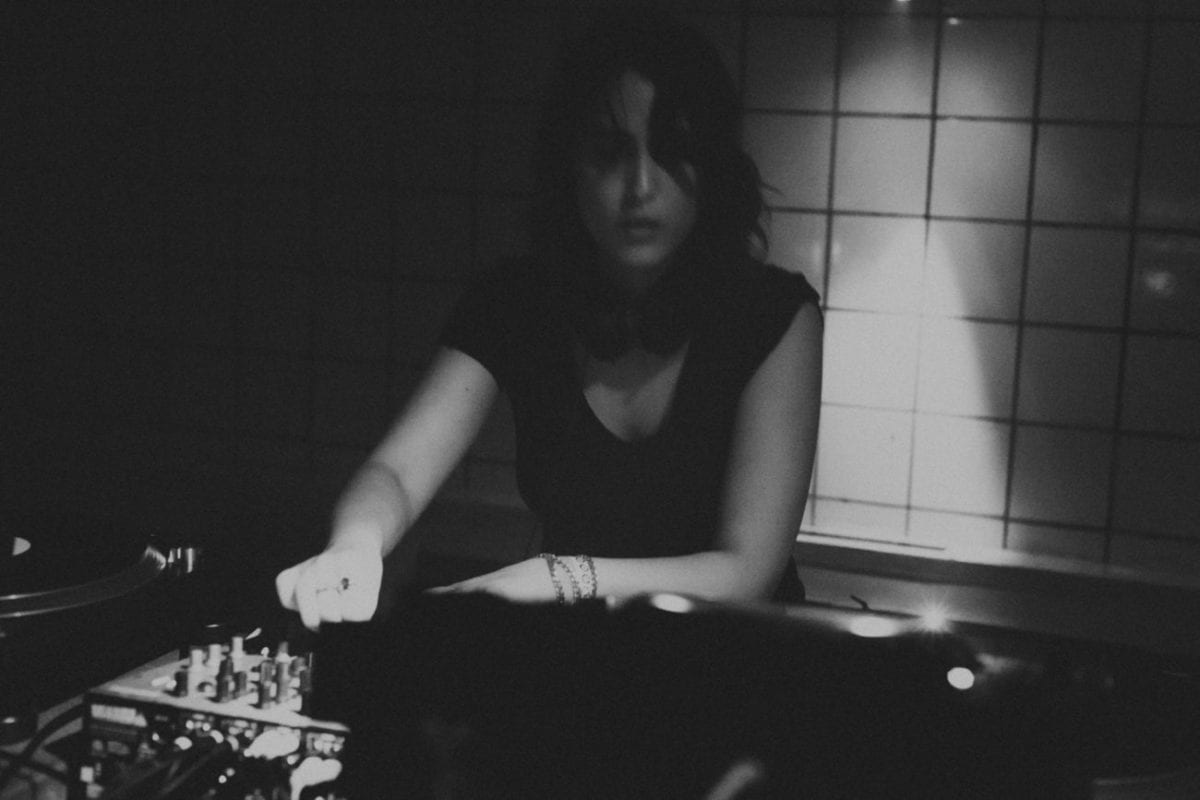 Thursday’s highlight was without doubt DJ Stingray, the Urban Tribes’ founder stood behind OHM’s console, wrapped in black clothes, revealing his eyes only. The room is packed out and people cannot believe their luck when Juan Atkins steps up to spin records with him. Another figure lurks within the darkness, wearing a black net over his face; we soon discover that this unexpected (and unannounced) legend is none other than Moodymann.

Drexciya’s soul will be invoked more than once, shaking all the present in its ragged techno madness for the likes of Basic Unit or Kamikaze Space Program, to then deflect on fast-stumbling breakbeats and house vocals. Since it was impossible to move (and we didn’t want to), we just drowned in Sherard Ingram’s sortilege and came out when the sun was shining. 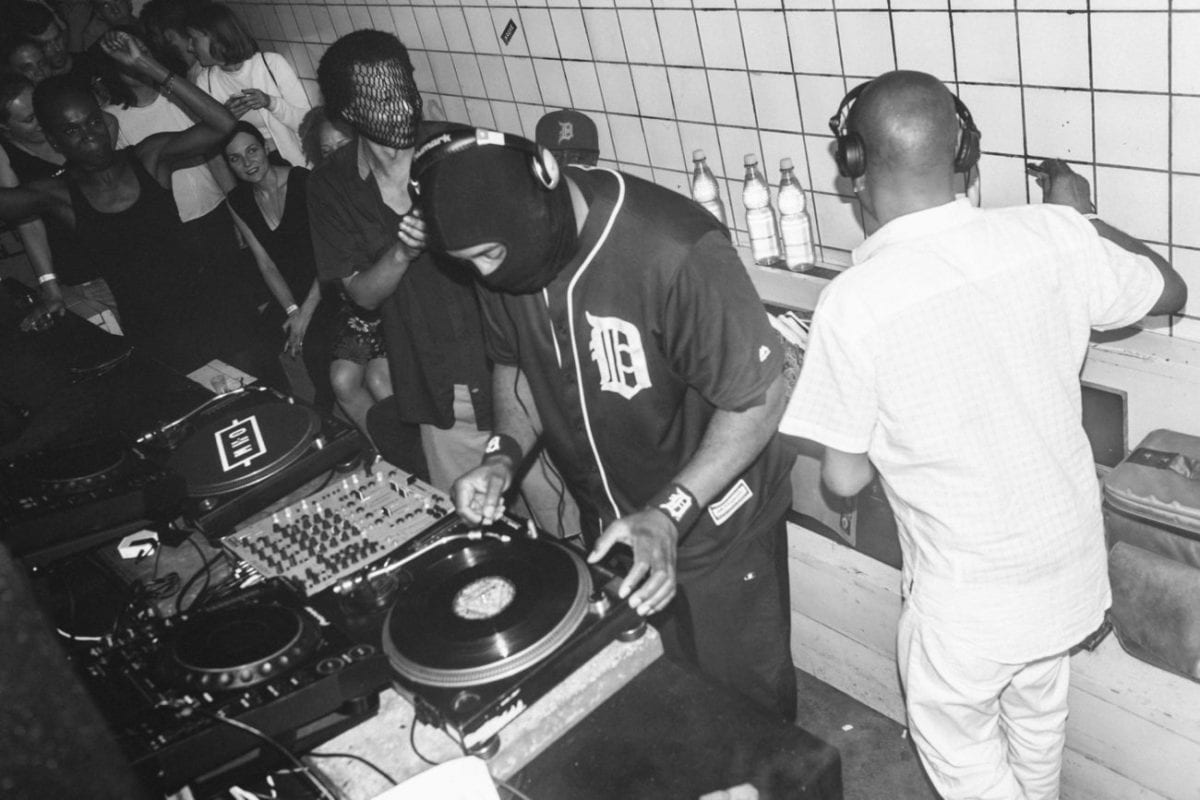 Friday’s marathon began with Dasha Rush, who conquers the crowd with a tough but slowly evolving set, starting with ambient, dubbed out and trippy Northern Electronics’ tonalities to then switch to full on 4/4 techno.

Two red lights twirl over the stage, resembling the Minotaur’s eyes and this is the feeling that prevails throughout the whole set – almost as if she is guiding us into a labyrinth of intricate sharp cornered sounds towards the black monster.

Closing with lo-fi sounds, Kraftwerk’s heart starts beating on Donato Dozzy’s prophetic opening, as if Theseus killed the Minotaur, pawing the ground with a slow rhythm, delayed percussions tickling our senses, sounds keep appearing and disappearing creating an intimate journey that eventually doesn’t get released as it would have deserved. 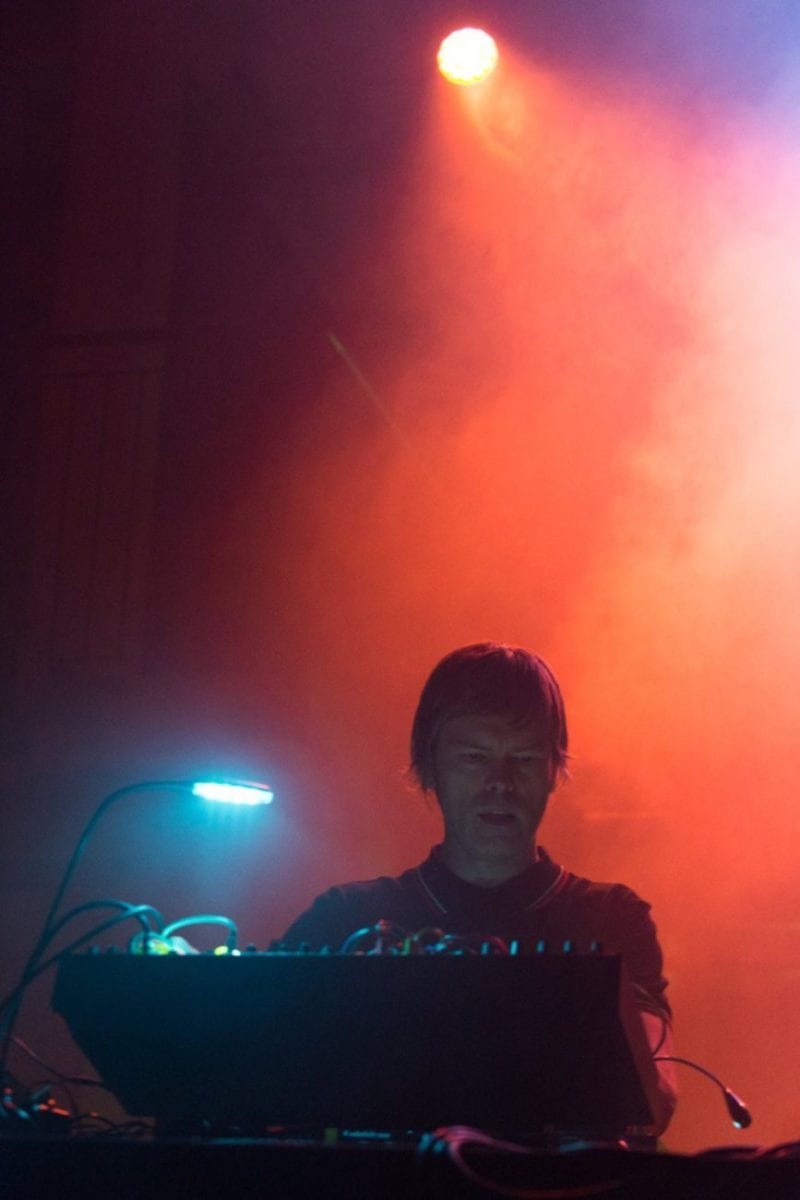 After a short break in the garden, James Ruskin and Regis pick up the baton and discharge their O/V/R one-hour live set, dropping a mouth-watering monolith. The crowd’s reaction was much like the man-apes in Stanley Kubrick’s film – bewilderment caused by senses being pushed to the limits of their knowledge and by sounds continuously morphing and almost taking a physical shape above the stage, as if O/V/R managed to tap into the very spirit of the building, waking up the dormant beast from its long slumber.

The rest of the night followed almost seamlessly with Surgeon enchanting the crowd with Suicide’s ‘Cheree’ a tribute to Alan Vega, to then present live renditions of his solid new release on Dynamic Tension Records.

We are catching our breath on the first floor, looking through the grating when suddenly the East wall of the building slides open and the day barges in creating a quick in-and-out flow of people on the dance floor. After darkness and order is restored, DJ Pete continues the techno mass with a flawless three-hour set, tearing sound and keeping the crowd dancing furiously. 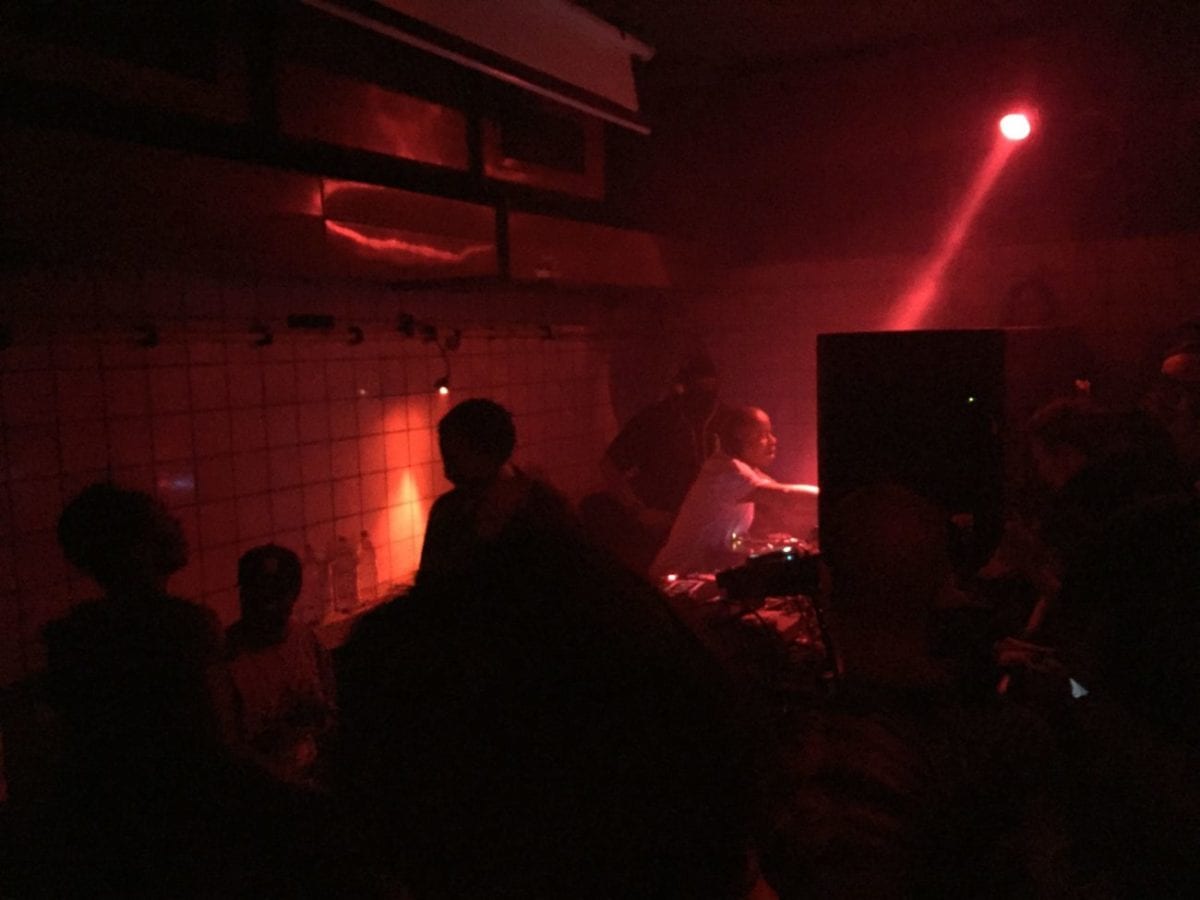 Local resident Marcelus opens the floodgates on Saturday night at Kraftwerk, which thereafter would be an American-French affair, celebrating the recent release of his debut album on Tresor Records with a surgical performance that sets the right key for the rest of the night.

Daniel Bell aka DBX mixes things up by playing together with an actual drummer on stage and a hardware-only setup, reminding us that the gap between electronic and rock music is a choice of intentions rather than an intrinsic unbridgeable diversity of the two mediums – the mixture of percussion and electronics stirred the audience up, creating several moments of intense tribal dancing.

What follows is extremely difficult to describe, DJ Deep’s three-hour was not easy to digest and to describe in words. It was as if giants were walking on the earth, shaking backbones with no pity and echoing vibrations that weren’t the regular sonic expressions one would expect, rather the collapse of reason and implosion of matter – dropping all the present into an imaginary black hole where dancing is the only means of survival, transforming his decks into a Ouija board that awakens the inborn viscerality human beings still fortunately possess and lures us in with seductive melodic journeys that ultimately lead us into both the most mindful and mindless parts of ourselves, building up to the longed-for catharsis.

The Vision aka Robert Hood didn’t disappoint expectations – he is one of Tresor’s first affiliates, as well as being considered one of techno’s godfathers since the late 80’s. Pursuing the warmth of soul by mixing gospel vocals on 130 BPM, techno flirts with house, funky downplays with minimalistic grooves, he succeeds in sounding groundbreaking even if he is one of the scene’s veterans.

Last but not least, DJ Deep’s close collaborator Roman Poncet decided to continue exactly from where his friend left off, keeping dozens of dancers glued to the dance floor until high noon, with yet another killer three-hour set that completes the festival’s parterre de rois and squeeze the last drops of sweat and energy out of everyone’s body and mind, embarking the crowd on a steady climax that concludes an overall impeccable selection of artists and sounds. 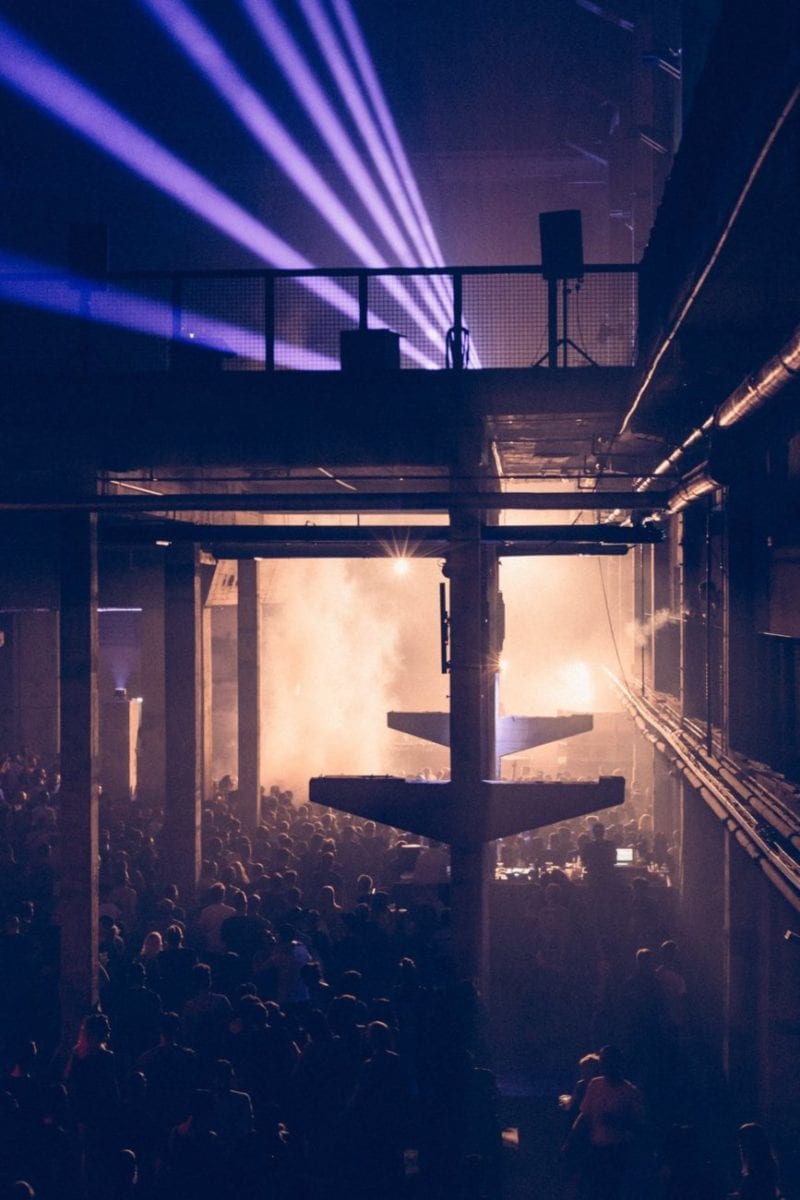 Our inevitable expectations caused by the stunning line-up were met: a strong variety of styles, labels, artists, people and locations created a memorable festival and a great celebration of Tresor’s first quarter-century.

Ironically, despite being entirely stripped of its hardware, Kraftwerk still serves its original purpose: providing power and vitality to humans – the energy generated by countless beats and calories burnt on the dance floor is not confined to the boundaries of the building, it spreads rapidly in time and space, vibrating in a long decay, providing a lifeline to those who need to dance. 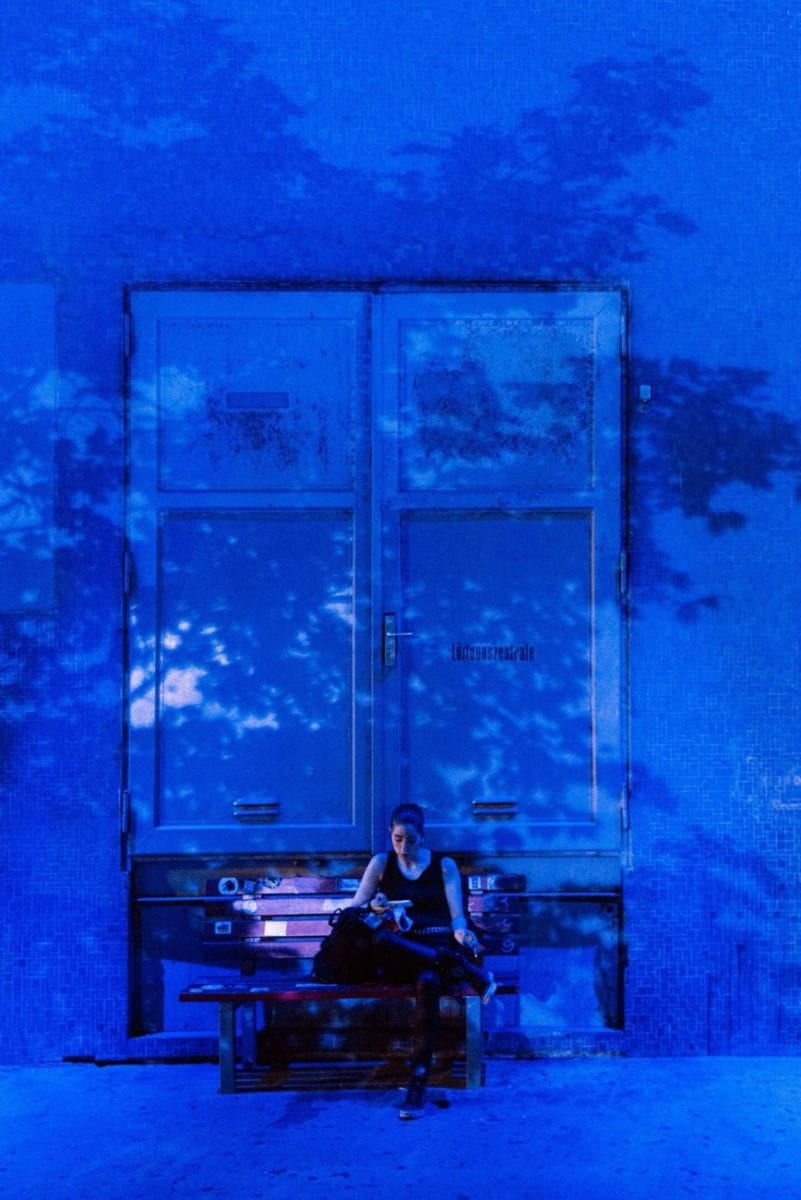