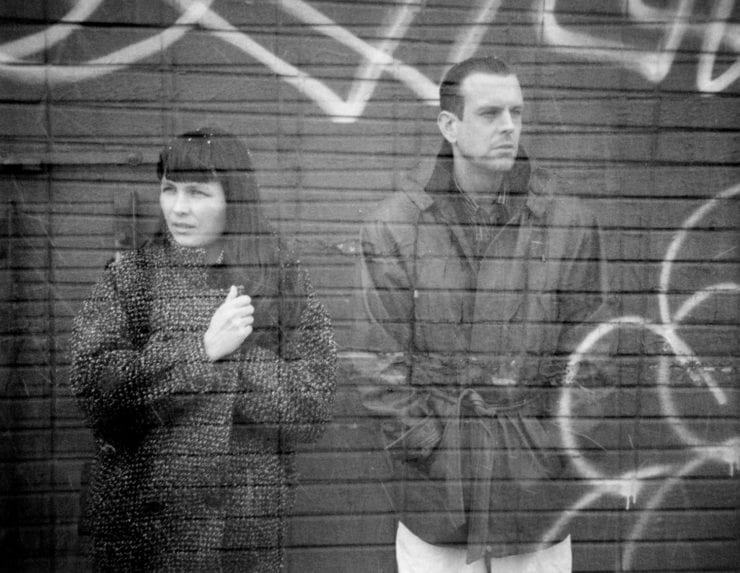 Taking into account their fascination with Greek mythology, it doesn’t come as a surprise that Xeno & Oaklander take a lot of their visual, musical and intellectual cues from a time and place of great import to them.

In their fifth album ‘Hypnos‘, the Brooklyn-based duo take things back to the beginning, to our origins in caves, back to when the Parthenon was but a spark in humanities eye.

To mark the release of their fifth album, Liz Wendelbo and Sean McBride talk to us about ‘Hypnos’ and its affiliation with ancient Greek mythology. They also discuss their technical and personal creative considerations in making the album, such as their switch to polyphony, album artwork and forthcoming live performances. 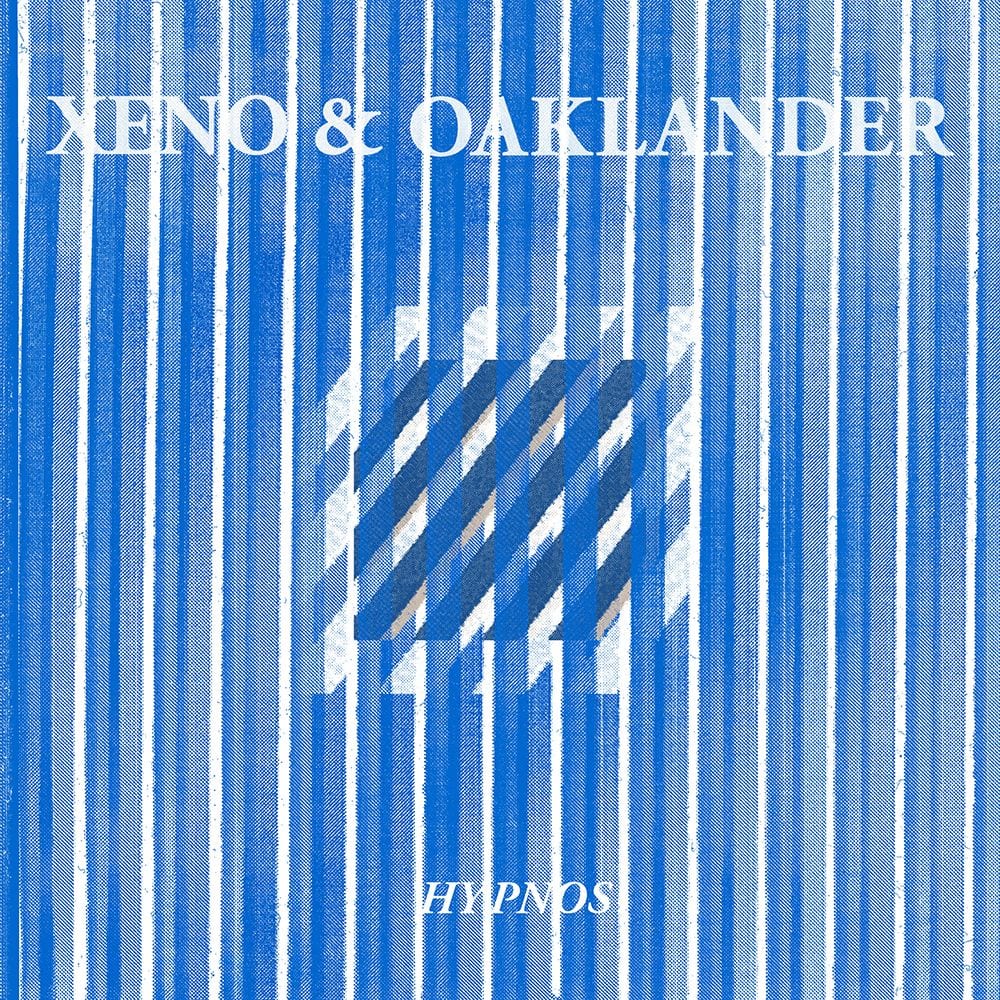 Hypnos is the Greek god of sleep that comes from a pretty serious family, siblings and parents being night, dark and death. Would it be fair to say you explore these themes in this record?

Liz Wendelbo: In ancient Greek mythology Hypnos resides in the underworld, in a cave. From this netherworld he sends messages to the outside world through dreams. Our latest album inhabits this liminal space: between night and day, dreaming and waking. These are stories that we continue to carry with us.

I wanted to redraw a connection with this part of our imagination. As a band, Greek mythology was our starting point with albums such as Sentinelle and Vigils. This time around I realised that these myths are founded on much older stories that go all the way back to prehistory.

The stories are all situated in the same space: the cave. The caves of Lascaux, Blombos or Altamira come to mind. The song ‘Altamira’ alludes to this.

In ‘A World Without Sun’ you talk about some of the building blocks of life “sulphur, bacteria, acid and rainwater”, is the song a musing on the concept of an underwater world?

Liz Wendelbo: The cave is a fascinating world hidden from the sun, and we’re fascinated by the strange geologies and biologies of the cave and their enduring mythologies. The history of the cave is interesting: it was a dwelling and a workshop for our ancestors, a shelter for all lifeforms – the cave is where art begins.

With the discovery of fire came shadow play and theatre, with the creation of ochre pigments and ash came painting on the walls. I imagine that mythology came with abstraction of the outside world which the mind sublimated into the shimmering spheric shape of the cave. Away from the outside world imagination ran wild and storytelling began.

The cave is a dark, yet illuminated world filled with natural gems. The music studio is, in a way, like a cave — it is remote, secluded and crackling with sound. Nature also produces its own magical creations: crystalline sculptures made of sulphur, bacteria, acid and rainwater. We’ve always been curious about the elemental nature of synthesizers, and how electricity is essentially fire – that is voltage control.

What is “Hypnos” muse?

Liz Wendelbo: “Hypnos” is a love song. It is a song of longing and distance where communication occurs through dreams. The god Hypnos would literally send messages down a stream from the cave where he resided to the outside world.

What are the origins of the record, how was it born?

Liz Wendelbo: Our studio is a home studio so the album grew out of daily practice. All of our albums came this way. 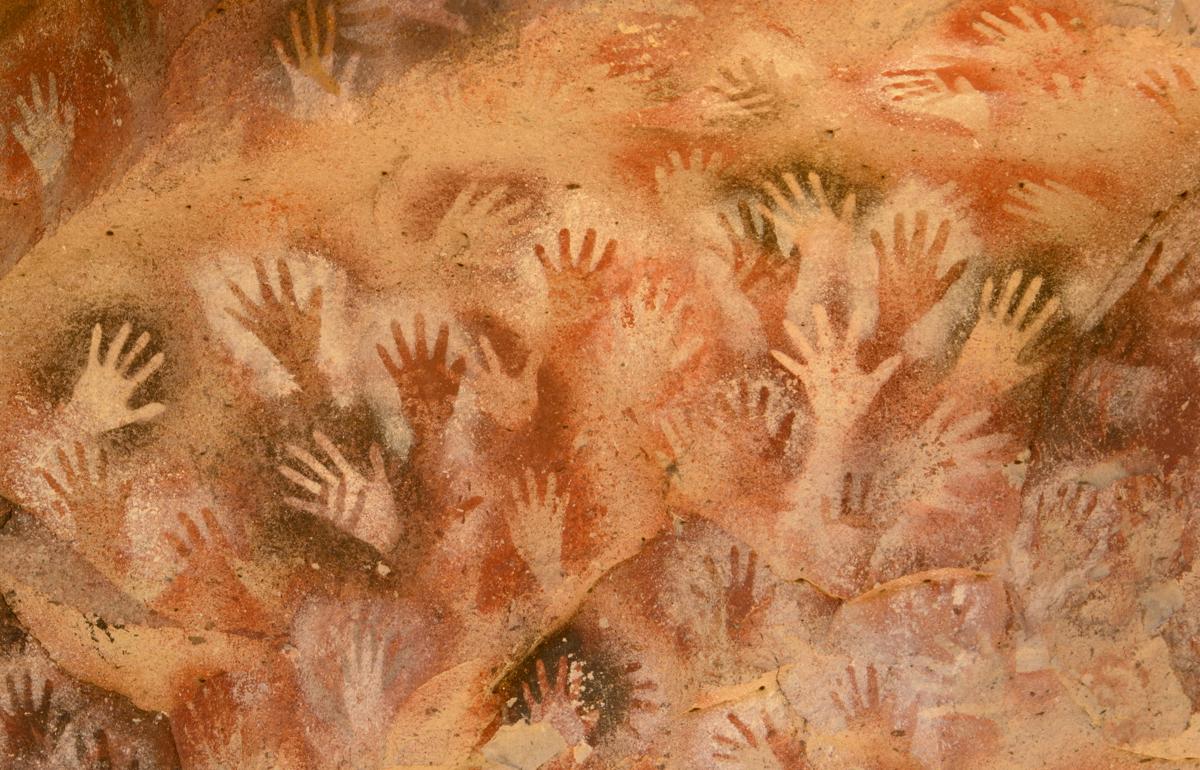 With your reversion to polyphonic synths and focus on stronger choruses and melodies, would you say Hypnos is your most accessible work so far?

Sean McBride: Having spent recent years at the piano, sketching and developing compositional ideas, it was only natural that polyphony found its way more and more into the songs.

The density of the chord, I find, grounds and dramatises the fragmented and often arpeggiated melodics that vapour and buzz above it. As for accessibility, I cannot say, but it is certainly moving in a direction that I find could have many happy consequences.

You seem to be able to recreate the atmosphere of 80’s minimal wave so effortlessly, obviously the gear you use has a big part to play with that but where does the soul of the music come from?

Sean McBride:  Luxuriating in subtraction.  Emptying out the form to the point that what is left is an almost barely recognisable shadow and from there positing the very ideas and motivations that lead to the tendency for the subtraction in the first place. Colouring it back in with shadow if you will.

What does singing in both English and French bring to your music and which one do you think has more musical sensibility?

Liz Wendelbo: I grew up speaking French and English, and I enjoy singing in both. I like to sing in English because it is a language a lot of people share so it’s good for sharing stories. French for me is more about how the words sound and feel in a concrete sense.

For the primitive English speakers of the world would you care to briefly explain the story of ‘Angélique’ and ‘Athena’?

Liz Wendelbo: ‘Angélique‘ is a song about wild flowers and how they connect us to the past beyond the beginning of human existence. Flowers and plants are fascinating ancient life forms that have patiently bloomed and pollinated since the beginning of time. Their names are the stuff of poetry, and almost always a woman’s name.

‘Athena‘ is the last song on the album and where modern civilisation begins: with a woman, a warrior princess, the goddess of artists and justice. It is also a return for us as a band: a reference to our first full length album “Sentinelle”, which featured an image of the Acropolis on the cover: this is the home of Athena, it is her temple.

Was Sean’s decision not to sing on this record due to its focus on melody and harmony?

Liz Wendelbo: Technically this album is complex with many layers and Sean felt the need to delve into the music full on. The chord progressions are pretty unique and unusual in pop music and took a lot of work to develop. It’s all about resolving dissonance and making what seems like a false note work.

If you were to expand the boundaries of your musical explorations which direction would you go in?

Sean McBride: At this point, I would need to develop my own instruments which could address and permit me greater control over multiple events and parameters at a given instant. I am often thinking about the complexity of sounds in nature, babbling brooks or sheet metal ripple as examples, and what it would take to begin to approximate these synthetically.

Of course the sound of metal is not difficult to make but to somehow wring out the tiny nuances and harmonic shading and contort the thing from metal to brook and back to metal again – all accomplished compositionally and deliberately, all with the stroke of a simple gesture. 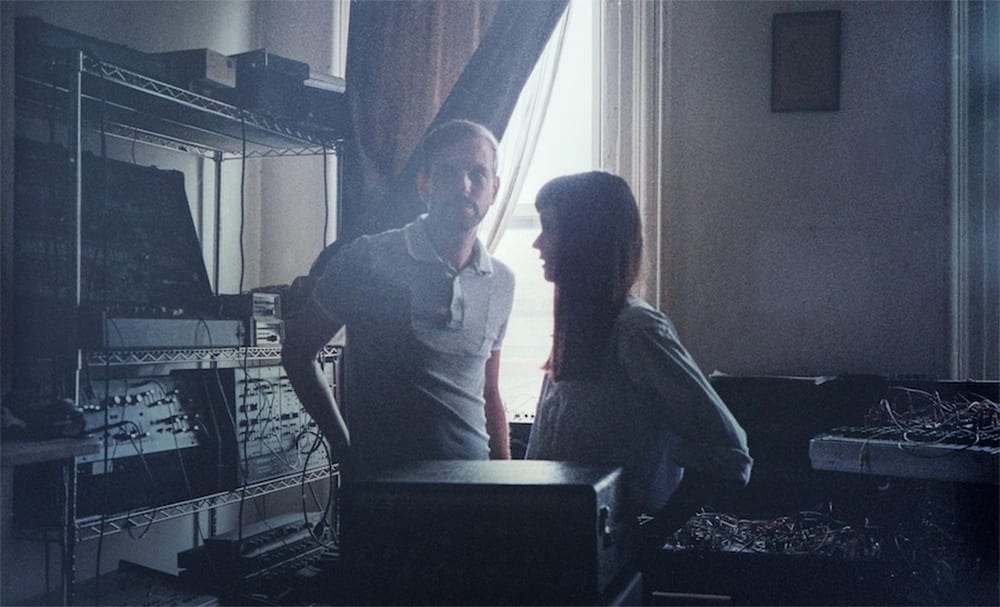 Where did the album artwork come from?

Liz Wendelbo: I designed it the artwork. I have a background in analog photography and film. I appreciate the process of shooting on film. I wanted to emulate that process and use transparency film to create the image.

I’m into stripes at the moment, and really into Moiré: so I superimposed a few transparencies with stripes printed on them and that’s how I created the Moiré effect – it looks like a wave.

The Surrealists were fascinated by the hypnotising effects of Moiré. It also so happens that Sean wears striped shirts so that is also a reference.

Do you enjoy playing your music live? Also, what live performances have you got planned this year?

Liz Wendelbo: We love to perform live, we love the energy, the symbiosis. And we really enjoy the synth community around the world. It is very tightly knit and we all support each other.

We’re going on tour this year starting with a sneak peek concert a day before the new album comes out March 7 at Fairfield Theater Company, followed by a tour of North America and Europe.

We’ll be joined by synth acts such as Void Vision and Plastic Ivy, and will rendezvous with Automelodi, and Odonis Odonis.

Where did the name “Xeno & Oaklander” come from?

Liz Wendelbo:  I was just looking at my bookshelf today and came across “Metaphysics” by Hoy and Oaklander – this is the book we based our band name on back in 2004 when we’d just started.

You open the book and the first chapter is on time and the Xeno paradox. An example of the Xeno paradox is that “an arrow in flight is always at rest” – sort of like a film strip.

What was the coolest thing you did last year?

Liz Wendelbo: Performing in Athens Greece was a dream come true. We climbed up the steps of the Acropolis and were in awe of what is often referred to as the birthplace of civilisation.

The artwork on our record covers have often featured references to the Parthenon. The diagonal stripes on the cover of Hypnos are a representation of the steps leading up to the Acropolis – being in Greece was an epic moment for us.

‘Hypnos’ is out on 8th March 2019 via Dais Records. Order a copy from Bandcamp.