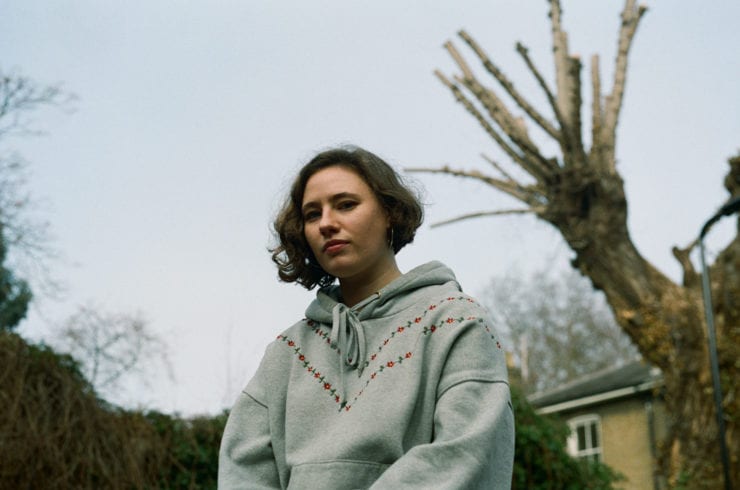 There’s a new club night kicking off at Corsica Studios this International Women’s Day weekend that looks to be a welcome and necessary addition to London’s nightlife scene. NAFF aims to be an inclusive and safe space that caters to all and showcases predominantly female and non-binary talents with the first event locking in an absolutely stellar lineup that sees Mama Snake, Miley Serious, Shyboi, Blasha & Allatt and Anu all set to heat things up.

Founded by Rosy Morris who alongside working with Lobster Theremin and Percolate, co-runs one of London’s leading parties Find Me In The Dark, NAFF is her latest project and​ her nod of respect to the collectives working tirelessly to advocate for change within the music industry.

With promoting in particular being such a male dominated space, it’s refreshing to see more female-led nights taking place in London and will ​serve as a reminder that it’s important to celebrate our progress but equally as important to acknowledge and discuss what needs to be done before inclusive and diverse spaces are the norm and not the outlier.

Ahead of the inaugural event at Corsica Studios, we caught up with Rosy about what we can expect from NAFF, her connection to the talented pool of women playing and how she finds navigating the male dominated field of booking. 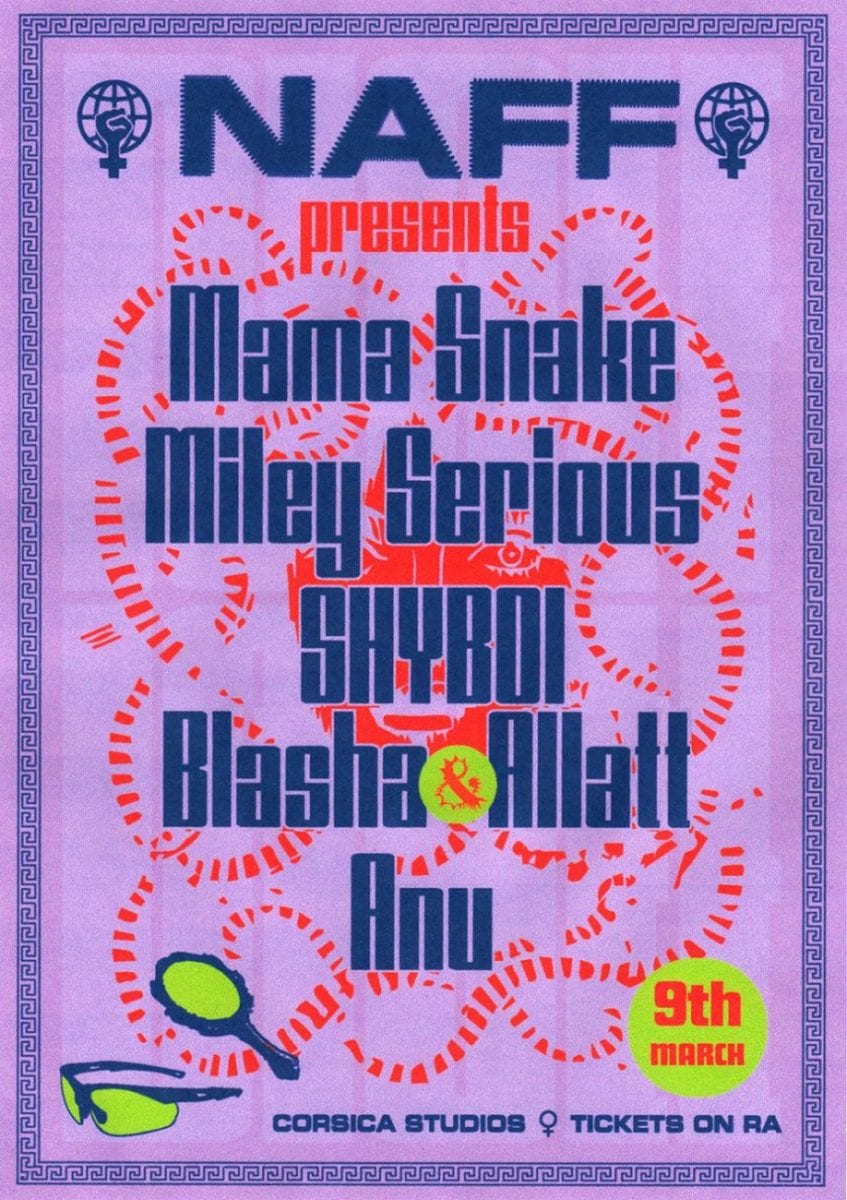 What is the aim/ethos behind NAFF and why did you decide to start your own night?

For me, NAFF is a huge nod of respect to the collectives who have fought so hard to gain better equality for women in this industry. It’s also my answer to situations whereby I’ve found myself mediating a number of incredibly important yet impromptu conversations based on the frustrations from a number of individuals who rightfully still didn’t feel that they were being represented.

I want ​everyone​ to walk through the doors of Corsica on the 9th March and feel safe and assured enough that I’ve got their back. I want to take that weight off of people’s shoulders so that they can fully enjoy themselves and get back to losing themselves in the music.

What can we expect from the debut night and future nights?

Launching on the International Women’s Day weekend, expect a slaying night from six incredibly talented artists. It’s a HUGE pleasure to have these six women under the same roof, each of them are incredibly important in the progression of the underground music scene.

What led you to booking the particular women you did for the first night?

Mama Snake has become a good friend of mine over the years and I remember talking to her about this in the early stages and was so flattered that she threw herself at this. She is one the most genuine artists I’ve met and it is such a pleasure to be hosting her.

Miley Serious I actually booked in Room 2 of Corsica when we had her come play for Find Me In The Dark. We’ve had her play for us twice now and honestly she set the room on fire so much I wanted to lock her in there and then.

We also had Shyboi come play for a Discwoman party in 2018 and I was genuinely bowled over with just how powerful her set was and her ability to switch between genres so flawlessly without losing any of the energy that had been built.

It’s a great feeling to have her come back to play for something off the back of that. There’s a huge sense of progression and I’m so proud of her and her team for pushing this. It really does feel like their collective is spring boarding women into the industry in a way that is sustainable for everyone involved.

I’ve been wanting to book Blasha & Allatt since before I started working at Corsica and I’m over the moon that it’s worked out for this night in particular. I’ve been following them with a close eye and am super proud of how they’ve grown. I wholeheartedly respect their perseverance in this game and think a few of us (not just artists) could take a leaf out of their book.

Again, I’ve been wanting to book Anu for ages too. She’s got such an eclectic taste in music and I honestly cannot wait for her to showcase that at Corsica.

What have your experiences booking artists been like in London as a woman in a predominantly male-driven and sometimes ego-heavy field?

In all honesty, I fucking love my job. I feel so privileged to be doing this and the energy and reward you get from putting on artists that you truly believe in is an incredibly unique feeling.

Yes, there are still a lot of men in this industry that don’t know how to behave and end up embarrassing themselves. I’ve grown a very thick skin through doing this job so I don’t let these issues upset me anymore. That’s not to say they don’t get handled but it’s allowed me to do so from a calm and balanced perspective.

Overall though, most of the men I have worked with have been super lovely human beings who I have a lot of time and respect for. Yes, they might slip up now and again but that’s why I feel like forming good relationships with people is important. So you can be that person to tell them, actually mate you fucked up here.

What would you like to see change in this area?

I think abolishing tokenism is a must. We’ve definitely come far enough that male promoters are learning that it’s just not that hard to book minorities but I would like to see people push themselves further and lean more away from booking women for the sake of it.

What would your line up look like if you based it around 2-3 female headliners? Don’t always pick the ten white women that everyone is already booking anyway. Striving to be interesting and more creative I think is incredibly important.

NAFF kicks off at 11pm on Saturday 9 March 2019 at Corsica Studios.