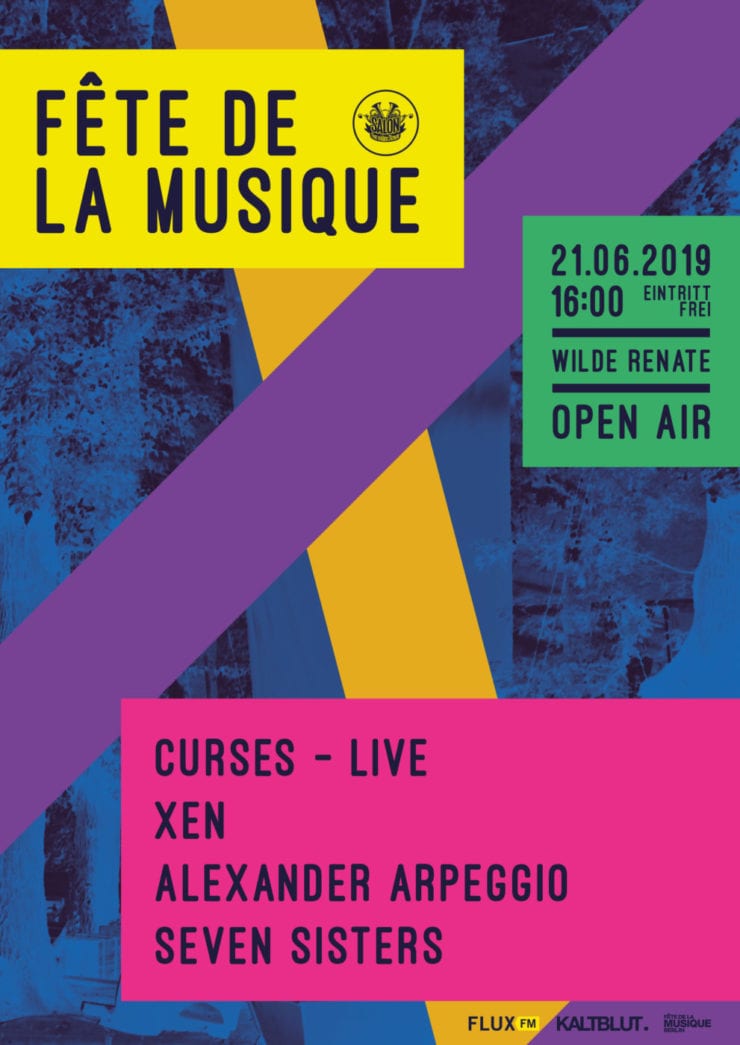 As part of the 24th edition of Fête de la Musique in Berlin – Wilde Renate open up their garden sanctuary on Friday 21st June to host a free daytime open-air event, featuring live sets from the band Curses with DJ support from Xen, Alexander Arpreggio and Seven Sisters Muzik.

Following the release of their debut album in 2018, New York via Berlin based band Curses will perform a live set at Renate, featuring Dame Bonnet on bass and Salto Honduras on drums. Together they blend rock with the darker side of disco, incorporating ghostly vocals and guitar with flashes of EBM, New Wave, Post-punk, and psychedelic synth vibes.

Joining in on the event is Berlin based producer Alexander Arpeggio, plus Hamburg via Berlin based production duo Seven Sisters Muzik and Xen, who also performs at Wilde Renate later that evening with Boddika, Samuli Kemppi and Chambray (more info here). The event kicks off at 16:00, so head down early.