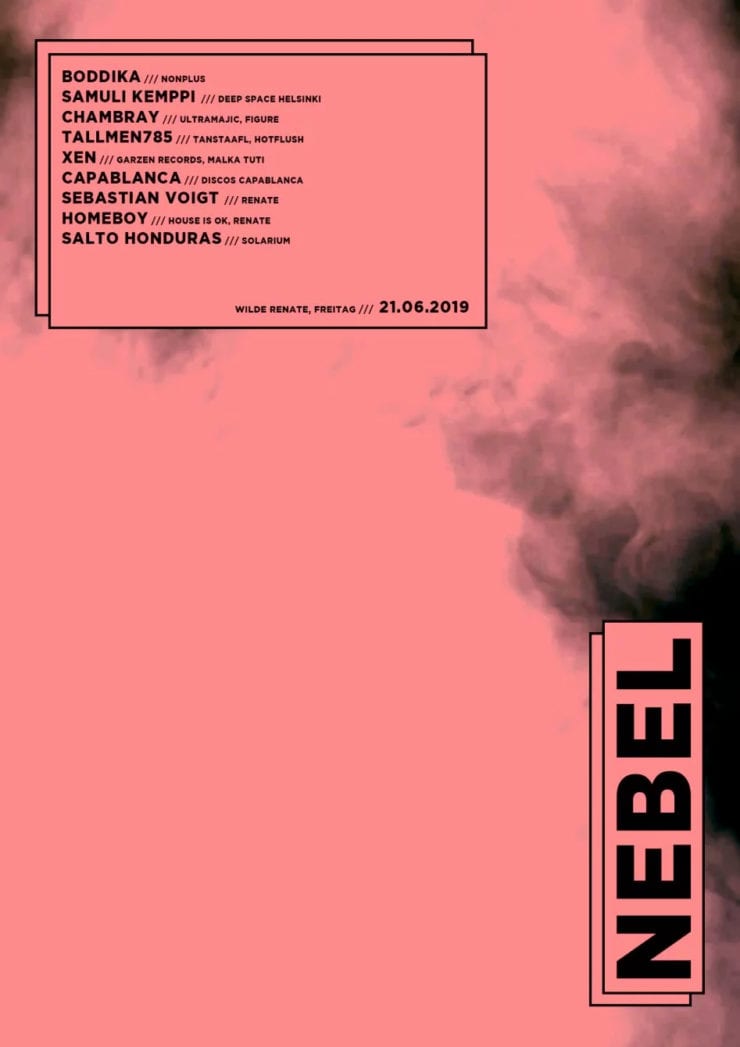 German producer Chambray, who has released music via Jimmy Edgar’s esteemed imprint Ultramajic, lays it down thick in the Green Room with Berlin techno and bass expert Tallmen 785. Next door in the Red Room Xen, Capablanca und Salto Honduras serve up chilled disco and spacey electro until mid Saturday afternoon.

We’ve teamed up with Wilde Renate to offer x4 tickets to the event. Complete the form below to enter. The winner will be contacted via email on Thursday 20 June.